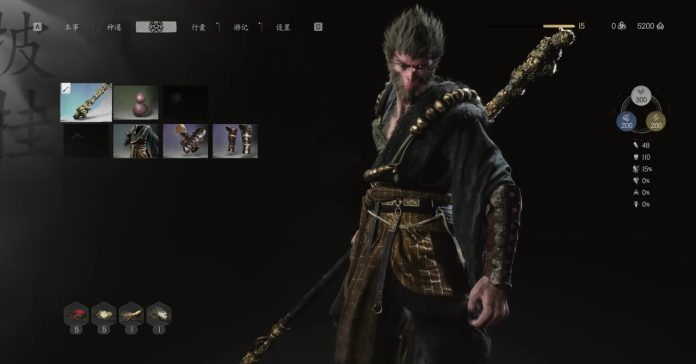 The highly anticipated Black Myth: Wukong just got 8 minutes of new gameplay footage which was released by NVIDIA GeForce online via its official YouTube channel.

This new gameplay showcase features a lot of action, and of course, it shows off the game’s impressive graphics in 4K glory, complete with ray tracing and NVIDIA DLSS.

Compared to the previous trailer from last year, this new gameplay preview is a much meatier showcase of the game as it focuses on the fearsome enemies and fluid combat system. And of course, the visuals are once again a highlight as the gameplay footage looks a step above most of today’s action games (well, games that are cross-gen at least).

In case you’re unfamiliar, Black Myth: Wukong is an upcoming action game that’s based on the classic Chinese tale, Journey to the West. Wukong is being made by Chinese game studio, Game Science, and it was first revealed back in 2020 with a 13-minute pre-alpha gameplay video which quickly got a lot of hype for its impressive graphics and action-packed gameplay.

Right now though, there’s no word yet on when it will release. Though the game is set to launch for PC, PS5, and Xbox Series X|S sometime in 2023.