Death Stranding is coming to PC Game Pass on August 23 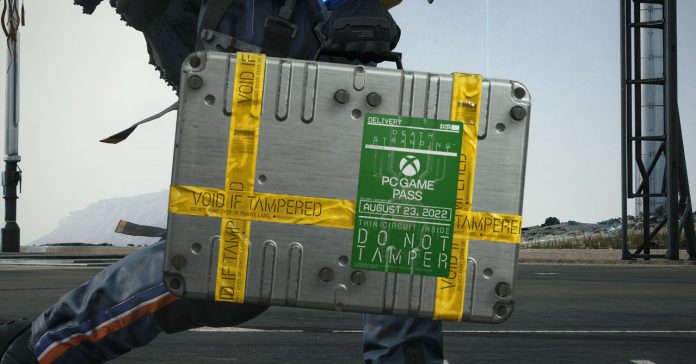 After releasing on PC back in 2020 through Steam and Epic Games, Xbox has announced that Death Stranding is coming to PC Game Pass on August 23, 2022.

The game’s release on Xbox’s PC game subscription platform was teased a few days ago on the official PC Game Pass Twitter account. Soon, an official announcement was made on Twitter with an image of a Death Stranding cargo case with the PC Game Pass logo and release date announcement.

Following this, Kojima himself also confirmed the news by sharing the same image on his social media.

While the game is coming to PC Game Pass, only the base version will be released there and not the Director’s Cut. In case you need a refresher, the Director’s Cut features additional story content, items, and more.

Given this, Death Stranding might just be a special case, meaning other PlayStation-made titles probably aren’t coming to Game Pass soon. After all, the recent PlayStation PC releases are published by Sony themselves and not through another publisher.

This probably also means that Death Stranding won’t be coming to Xbox consoles, but maybe that can change in the future.