Kojima's podcast will be available on Spotify in English for fans all over the world to enjoy! 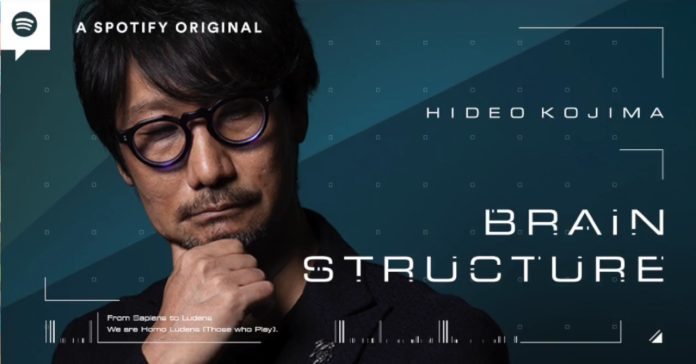 Hideo Kojima has announced at Gamescom 2022 that his podcast “Brain Structure” will launch worldwide on Spotify in English this September.

This isn’t the renowned Death Stranding director’s first podcast though as there’s the Radioverse radio show which began earlier this year. But the difference with this new podcast is that it will be available in English as his first one was available only in Japanese via Amazon’s Audible.

Ahead of its launch, Kojima shared a prologue of the podcast which gives fans an idea of what to expect.

Based on the prologue, the podcast will feature Kojima speaking in Japanese but with English audio on top of it in Japanese. For Kojima fans like myself, this is a nice option as it still lets fans hear him talk while still being able to understand what he says.

As for the subject matter, Brain Structure will take a deep dive into the brain and creative process of Hideo Kojima. It is also confirmed that Game Awards creator (and Kojima BFF) Geoff Keighley will make an appearance.

As I keep hearing from overseas fans that they can't listen to my radio show in their area or can't understand if it's only in Japanese!
So, we decided to try to provide both Japanese and English versions. It's a podcast that you can listen to easily, and I can also play music! pic.twitter.com/0EmIXExdMM