Should you get it on PC? 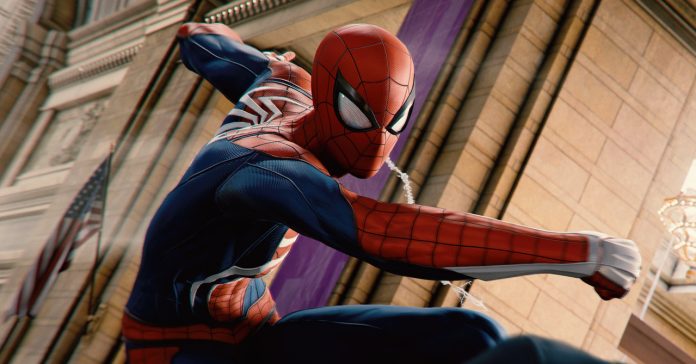 The 2018 Spider-Man game is one of the highlight exclusives of the PS4, and finally, PlayStation is releasing the game on PC as Marvel’s Spider-Man Remastered.

This is pretty much the same version of the game as the one that was released for the PS5 (in terms of gameplay content) but with some PC-specific additions. For starters, the PC version comes with PC-optimized graphics, NVIDIA DLSS, improved shadows, ultrawide monitor support, and full keyboard mouse support. 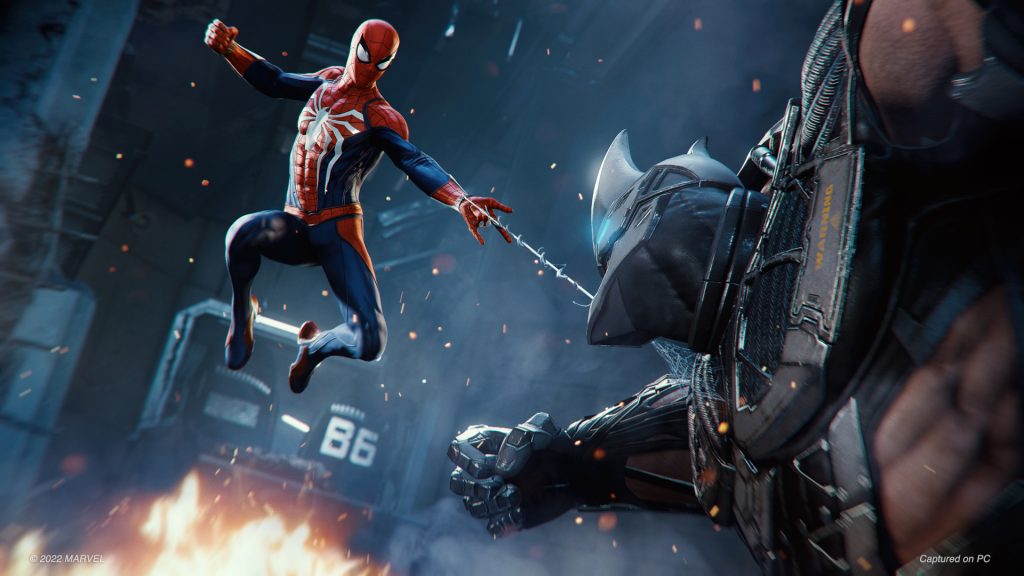 On paper, Marvel’s Spider-Man Remastered for PC should be a must-buy given that the PlayStation version is considered as one of the last generation’s most notable games. But did PlayStation and Insomniac Games actually deliver a good PC port? Find out here in our review!

NOTE: As this is essentially just a remastered version of Spider-Man and the three DLC packs, this review is a shorter one and won’t focus too much on the actual gameplay; though if you want to get more insight into the game itself, you can check out our original full review. This review will instead focus on the PC gameplay experience, as well as if it’s worth the price tag both for new players and for those who have yet to play it.

Still a Great Game (if a bit typical) 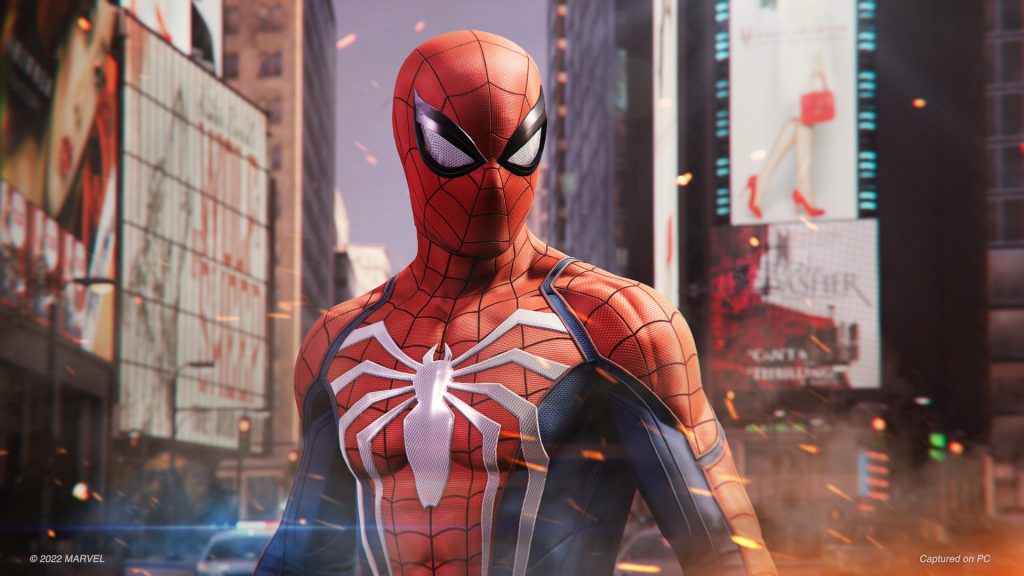 It has been nearly four years now since the initial release of Spider-Man for the PS4, and now that I’ve returned to the game after years, it’s still a great title in terms of gameplay.

Sure, it doesn’t shake up the open-world formula that much (even when it was originally released), but Spider-Man is still a joy to play thanks to its engaging combat system and fun traversal mechanic.

When it comes to just the gameplay and the story, Spider-Man might not blow your socks off if you’re looking for a game that delivers something unique. What it will give you though is a thoroughly enjoyable experience that’s still very much a must-play in 2022 if you weren’t able to play it on PlayStation.

Not Just for High-End PCs

On PlayStation, Spider-Man ran great on both the PS4 and the PS5. So, how does the PC version fare? In our tests, it performed well, both on a high-end PC and a lower-end gaming laptop.

To start with, Marvel’s Spider-Man Remastered ran well on a high-end PC with an i7 and an RTX 3080. Even if you crank up the graphics settings and ray traced reflections, our test PC was able to run the game well without any issues. Of course, our time with the game was still fairly limited, so we can’t say for sure if it will run well on all PCs.

What we can say is that it ran surprisingly well on our old test laptop. The laptop that we used to test it is powered by a Ryzen 7 3750H and a GTX 1650 GPU. Based on the game’s system requirements, the laptop is below the recommended specs to run the game at 1080p 60FPS at Medium.

Given this, we feared that the game won’t run well on the system. Though the laptop actually ran the game pretty well at 1080p and on the Low graphics preset. Sure, it didn’t hold a solid 60FPS, but it was playable, with FPS averaging at around 50 in combat and around 30-40 FPS while web-swinging (not bad considering the underpowered CPU). While this might not be great for some players, I found it to be plenty playable (though take this with a grain of salt as I have a fairly high tolerance for less-than-stellar gaming performance).

Best of all, the game still looked pretty good at the Low graphics setting; though you’ll have to turn TAA on as having it off does not make the game look pretty.

This might not be too surprising to some given that the base game was designed for the PS4 (which is nearly a decade old now) but given that some PC ports of console games are poorly optimized, the fact that the game runs on underpowered hardware is great news for gamers who haven’t been able to upgrade their PC/laptop yet.

PC performance isn’t perfect though as PlayStation has noted that ray tracing is disabled for AMD GPUs, and some Ryzen CPUs can have some issues with ray tracing during our review time. Though PlayStation did promise that they are working on these and that they are still optimizing frame rates and frame pacing for all configurations.

Aside from solid performance, Spider-Man on PC has several PC-specific features that are definitely welcome. For starters, ultrawide monitor support is always a plus, especially for those with tricked-out PC setups. The game even supports triple-monitor setups. Specifically, the game supports 16:9, 16:10, 21:9, 32:9, and 48:9 aspect ratios.

NVIDIA DLSS is also a great feature for PC gamers with RTX graphics cards, as this means they can crank up ray tracing and graphics settings, even at higher resolutions.

For the best experience, having a controller is recommended as swinging and combat feel more natural with one. A range of controllers work, but what’s cool is that the PS5 DualSense controller is supported, complete with Adaptive Triggers support. While this is cool if you already have a DualSense, I don’t think it’s worth getting a DualSense just for this game as the feedback isn’t as comprehensive as in other PS5 titles. 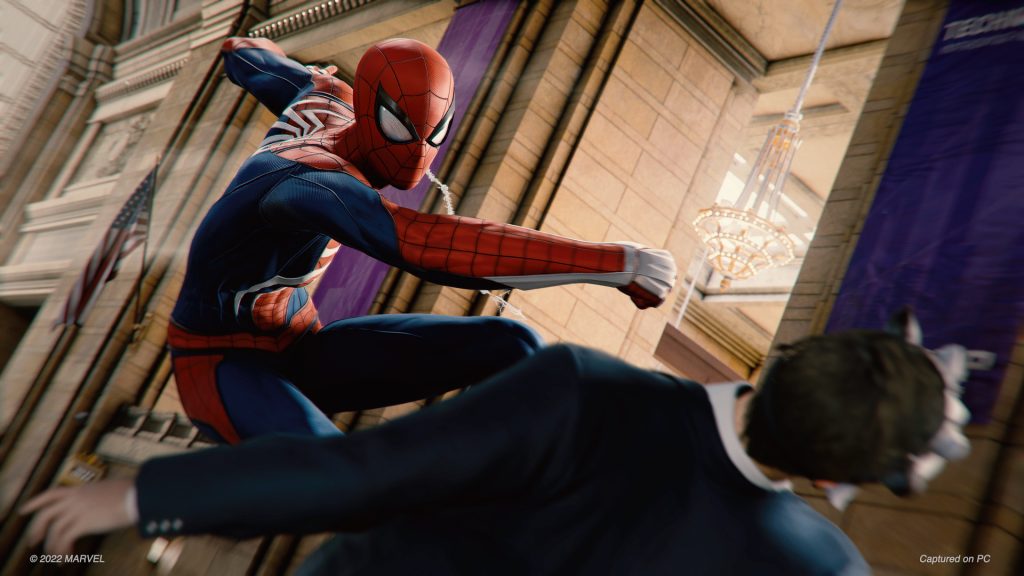 What’s the verdict on Marvel’s Spider-Man Remastered on PC? It’s simple – if you haven’t played Spider-Man on PlayStation yet and are interested in trying it out, getting the game for PC is a good idea

Now, the only thing that we need is Miles Morales on PC.

This review was made via a PC game code provided by the publisher.

Marvel’s Spider-Man Remastered (PC) Review | Spidey Finally Swings to PCMarvel’s Spider-Man Remastered is a solid PC port of a great game. While it may not be a groundbreaking open-world title, it still packs entertaining gameplay and a great story that will make for a fun experience. Plus, the PC version runs well on both high-end and low-end hardware that we tested.