Pre-order Call of Duty: Modern Warfare II and get to play the campaign a week early

Get to play Modern Warfare II's campaign a week early by pre-ordering the game! 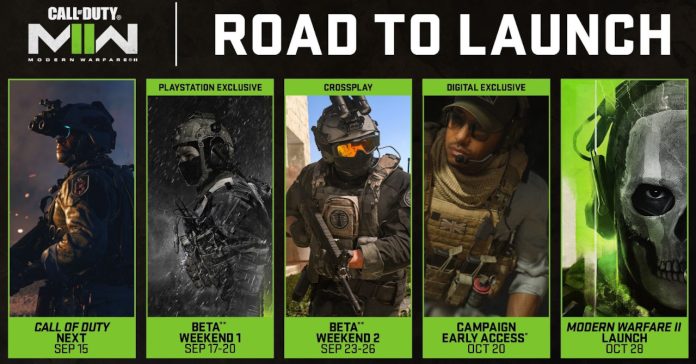 With the game’s release just over two months away, Activision has announced that players who pre-order Call of Duty: Modern Warfare II will get early access to the game’s campaign.

Specifically, players who pre-order the digital edition of Modern Warfare II will get early access to the campaign one week before the game’s October 28 launch.

Along with early access to the campaign, players will also get Beta Early Access and content available in Modern Warfare II at launch by pre-ordering the game. There will also be a host of previously announced rewards that players will get.

Here’s a quick rundown of what you’ll get when you pre-order Modern Warfare II.

For a full rundown of pre-order info, check out the official Call of Duty blog.

- Advertisement -
Previous articleBlizzard confirms that cross-progression is coming to Overwatch 2
Next articlePGF 2022 is happening this weekend: Here’s what you can expect