The next Sonic game finally has an official release date! 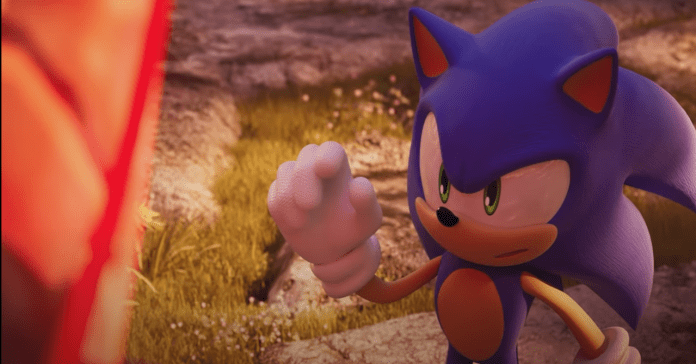 Our favorite blue speedster had a new game announced last year, but now we actually know when it’s coming out as the Sonic Frontiers release was announced at Gamescom 2022, and the new trailer for the game showcased a bit more than the usual cut scenes.

Make no mistake, though. The cutscenes look pretty good. But the gameplay, it’s classically refined.

Sonic gets that expected new modern sheen and a few tricks up his sleeve–like literally kicking ass. The game shifts from classic sidescroller, to a more open-world, action oriented perspective with a whole lot of speed.

We also get a new antagonist, who’s mysterious as usual. While it may look like Sonic may have met his match, we’re sure we can even the odds. We don’t know for sure. All we know is we gotta’ go fast.

Sonic Frontiers is set for release on November 8, 2022 on PS4, PS5, XBOX One, XBOX Series X|S, Nintendo Switch, and PC via Steam.