‘3000 Years of Longing’ gets a Philippines cinema release date

George Miller's latest film is releasing in the Philippines this month! 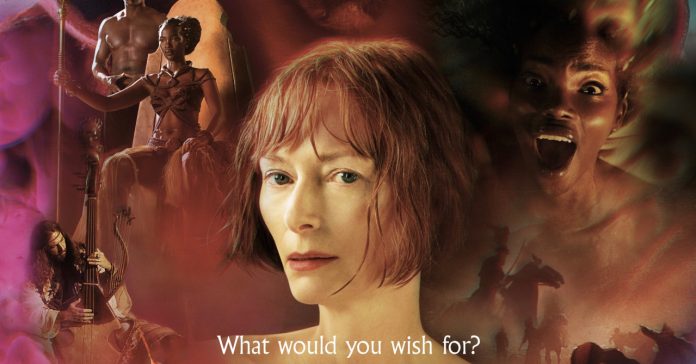 Specifically, Go Asia Entertainment will release 3000 Years of Longing in cinemas in the Philippines on September 14, 2022.

In case you’re unfamiliar, this film is the latest from George Miller, the creator of the Mad Max series. It stars Tilda Swinton and Idris Elba, and it is based on the short story “The Djinn in the Nightingale’s Eye” by A. S. Byatt.

3000 Years of Longing whisks the audience away on a mystical and epic adventure. The magical tale begins where Dr. Alithea Binnie (Swinton) travels to Istanbul to present at a conference. While looking for a souvenir, she finds herself strangely drawn to a file of trinkets and accidentally found a beautiful memento… unaware that this relic will change her life forever.

A mythical Djinn (Elba) reveals that he has been trapped in the relic, and offers Dr. Binne three wishes in exchange for his freedom. As a solitary academic and creature of reason, Dr. Binnie doubts if he is real and reminds the Djinn of numerous cautionary tales of wishes gone wrong. Desperate for his freedom, Djinn pleads his case to the skeptical Dr. Binnie, who ultimately makes a wish that neither could have expected.

For more info on the film, visit the official website.