Will we see a new Suikoden game soon? 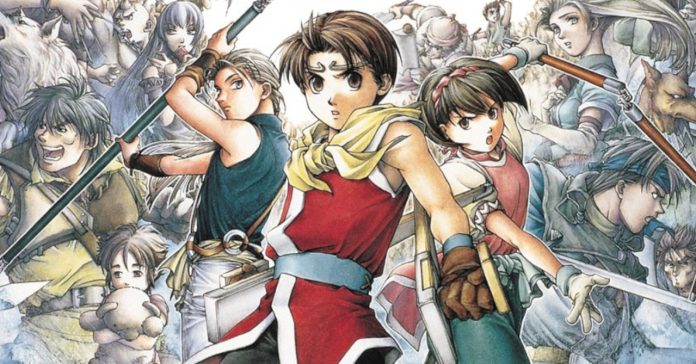 Based on a recent rumor and several reports, a new Suikoden project might be announced by Konami at Tokyo Game Show 2022 (TGS 2022).

The rumors began with the official announcement by Konami that a new game will be announced at TGS 2022. Specifically, this game will be part of a series that’s “beloved around the world,” though there is no mention of what series this is. Though it was revealed that the announcement will feature Japanese voice actor Yuki Kaji.

Following this, a report by VGC mentioned that the series in question is not related to Castlevania, Metal Gear, or Silent Hill. Given this, a new Suikoden game is possible given that it’s still one of Konami’s most popular series, but isn’t part of the three that were mentioned.

Konami will announce a new game at #TGS2022 that is described as being part of a series that is "beloved around the world"https://t.co/GkFWNYplKW pic.twitter.com/ykr2ETIiOY

Adding to this, reddit user u/Angel_Valoel recently shared on r/LeaksAndRumors a screenshot of a Suikoden trademark filing in Mexico. Given the timing, it’s possible that the upcoming announcement at Tokyo Game Show will be a new Suikoden release.

Of course, this might not be true as there have been discussion among fans about how the filing might just be a renewal of the previous trademark. Plus, it’s also possible that instead of being a new project, this might instead be a remaster release.

While the new Suikoden project is just a rumor right now, fans can try out Eiyuden Chronicle, a game that serves as a spiritual successor to the iconic JRPG series.