Gotham Knights is releasing this October! 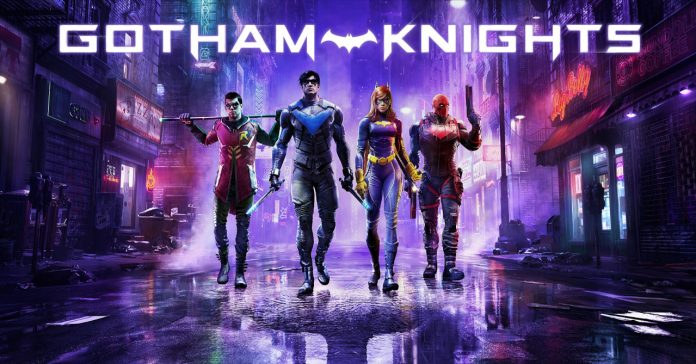 The team elaborates further just how Batgirl, Nightwing, Red Hood and Robin have been reimagined in-game to deliver realistic combat and a unique story experience. they also touch on their efforts to create interwoven narrative elements for each character to depict their interpersonal relationships and give additional depth to the individuals behind the masks.

In case you missed its announcement, Gotham Knights is the next game from WB Games Montréal and it lets players control Nightwing, Batgirl, Robin, and Red Hood as they attempt to restore justice to Gotham City following Batman’s reported death.

The game is officially described as:

“Batman is dead. It is now up to the Batman Family – Batgirl, Nightwing, Red Hood and Robin – to protect Gotham City, bring hope to its citizens, discipline to its cops, and fear to its criminals. You must evolve into the new Dark Knight and save Gotham from chaos.

Your legacy begins now. Step into the Knight”

Gotham Knights is scheduled for a worldwide release on Oct. 21, 2022 for PlayStation 5, Xbox Series X|S and PC. Pre-orders will receive the 233 Kustom Batcycle Skin at launch, based on the vehicle’s first appearance in DC’s Detective Comics #233.