PSA: Gloomhaven Digital will be FREE on the Epic Games Store September 22-29

The faithful digital counterpart of the #1 board game will be free next week! 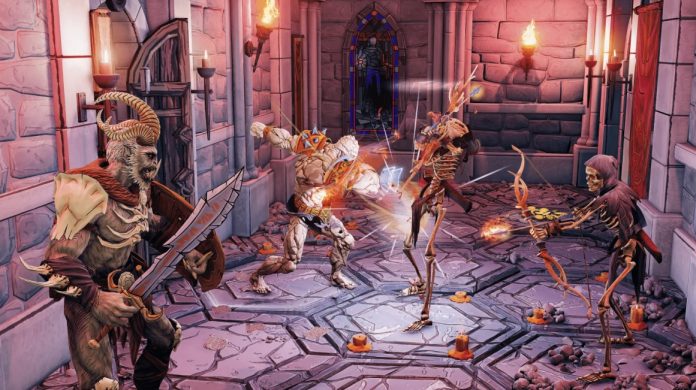 Gloomhaven, the number 1 ranked game on boardgamegeek.com for those who are unaware, has an amazingly faithful video game adaptation called Gloomhaven Digital.

Gloomhaven Digital faithfully recreates the tabletop board game experience in a lot of ways. Being a straight-up adaptation of its tangible brother the game not only eliminates all the fiddlines, bookkeeping and stat-tracking that the game naturally has in spades – aside from player-driven decisions it automates and streamlines everything which effectively lets the player focus more on the game.

Why am I saying all this? Well for one its a really awesome game. Secondly, the game is set to be FREE to download on the Epic Games Store from September 22 – 29!

The folks here at UnGeek gave a stellar review for the game, even saying that it is the best way to play the game right now. And, like we said, it effectively streamlines all the fiddly-ness and bookeeping normally found in physical tabletop games.

So really, there’s no reason not to pass up on this amazing title! Grab it next week while its there!

Gloomhaven Digital is developed by Asmodee Digital and published by Flaming Fowl Studios. Apart from the Epic Games Store, it is also available for PC on Steam and GOG.com.

- Advertisement -
Previous articleKonami just announced HD remasters for Suikoden I and Suikoden II
Next articleInterview: One Piece Odyssey Producer Katsuaki Tsuzuki on how Oda-sensei helped bring the game to life