Rick and Morty make their way to the Nine Realms, and the results are exactly what you'd expect. 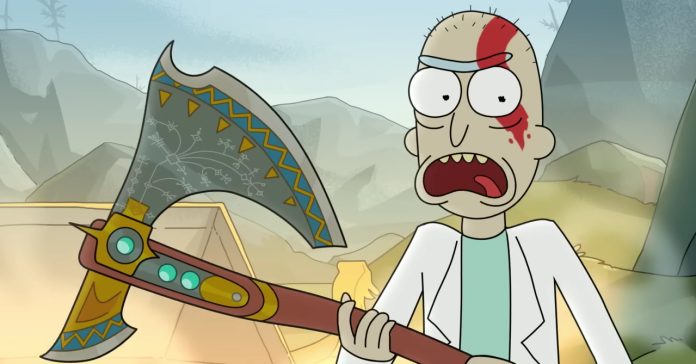 With the game’s release happening in just a few months’ time, PlayStation teamed up with Rick and Morty for a funny new ad to promote God of War Ragnarok!

The new clip opens with Rick shaving his head and painting his face with a red mark, just like the Ghost of Sparta. He then takes Morty (armed with a sad excuse for a bow and arrow) to the Nine Realms where he finds the Leviathan Axe. Of course, Morty doesn’t get much.

While a Rick and Morty x God of War Ragnarok promotion might be unexpected for some, this isn’t the first time that PlayStation teamed up with the popular series. Back in November 2020, a Rick and Morty ad for the PS5 was released. Before that, there was the hilarious Death Stranding commercial.

Aside from PlayStation, there have been lots of Rick and Morty ads over the past years, a lot of which are quite funny (if you like the show’s humor that is).

As for the game, Ragnarok is the sequel to the 2018 God of War game for the PS4. This upcoming game will once again follow Kratos and his son Atreus, but this time they’ll face off against even stronger Norse gods.