Wakanda forever releases in the Philippines a few days before its US release! 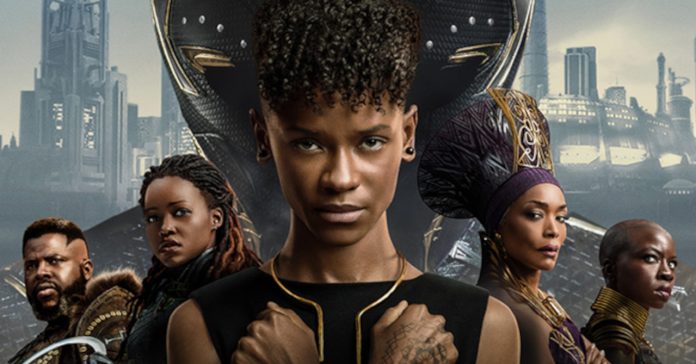 Disney and Marvel Studio just announced the official release date of Black Panther: Wakanda Forever in cinemas in the Philippines.

Similar to the US, the upcoming Black Panther movie will also be released this November, though it will be screened in PH cinemas two days earlier.

The release date was announced alongside an official trailer which you can watch here:

Given that Chadwick Boseman passed away in 2020, the movie is set following the death of King T’Challa. Based on the trailer and the new poster, it seems that his sister Shuri will take on the mantle of Black Panther in the film.

Queen Ramonda (Angela Bassett), Shuri (Letitia Wright), M’Baku (Winston Duke), Okoye (Danai Gurira) and the Dora Milaje (including Florence Kasumba), fight to protect their nation from intervening world powers in the wake of King T’Challa’s death. As the Wakandans strive to embrace their next chapter, the heroes must band together with the help of War Dog Nakia (Lupita Nyong’o) and Everett Ross (Martin Freeman) and forge a new path for the kingdom of Wakanda.
- Advertisement -

Following the release of the new trailer, Marvel Studios revealed that Black Panther: Wakanda Forever will be released in cinemas in the Philippines on November 9, 2022. This means Pinoy Marvel fans will be able to watch the movie two days before its US release (technically three given the time zone difference).

If you want to watch it early though, you’ll want to secure your tickets early. Thankfully, tickets should go on sale beginning today.