The first Witcher game is getting the remake treatment! 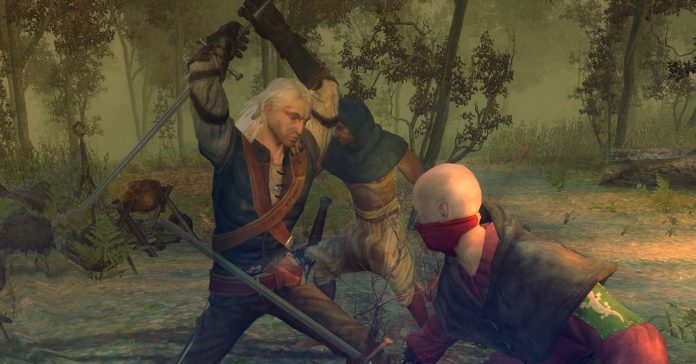 After its recent studio update, CD Projekt RED has announced that a remake of The Witcher in Unreal Engine 5 is in the works.

Earlier this month, the studio revealed that it is working on several projects, among them is a Witcher game codenamed Canis Majoris.

Now, it’s revealed that this project is a remake of The Witcher and it will use Unreal Engine 5. Though development will be handled alongside Fools Theory.

We're thrilled to reveal that, together with @Fools_Theory, we're working on remaking The Witcher using Unreal Engine 5 (codename: Canis Majoris)!

We want to do this right, so please be patient — it's gonna be a while until we can share more details.
⚔️ https://t.co/6VCAokPgXs pic.twitter.com/ERFOXQrUEP

Regarding the remake, Head of Studio Adam Badowski said:

“The Witcher is where it all started for us, for CD PROJEKT RED. It was the first game we made, ever, and it was a big moment for us then. Going back to this place and remaking the game for the next generation of gamers to experience it feels just as big, if not bigger.

Collaborating with Fool’s Theory on the project is just as exciting, as some of the people there have been previously involved in The Witcher games. They know the source material well, they know how much gamers have been looking forward to seeing the remake happen, and they know how to make incredible and ambitious games. And although it will take some time before we’re ready to share more about and from the game, I know it’ll be worth the wait.”

Initially released in 2007, The Witcher was the first game in the franchise by CD Projekt RED. While it was praised at the time of its release, it’s fair to say that it has not aged well; at least, not as well as the next two games in the trilogy.

But with this upcoming remake, the first Witcher game should become much more accessible (at least in the gameplay department) for those who played Witcher 3. Plus, being an Unreal Engine 5 game should also mean it’ll be impressive graphically.

Right now, there’s no word yet on a tentative release date for this remake.

- Advertisement -
Previous article
The Simpsons goes anime for Halloween with a Death Note parody
Next article
The World of Warcraft: Dragonflight pre-expansion patch is now live