Kratos got some new tricks up his sleeve 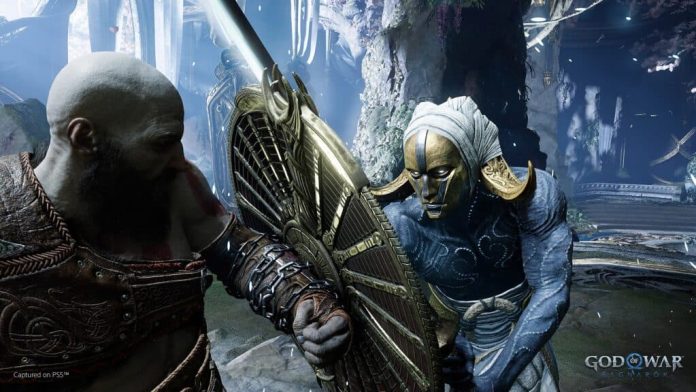 After four long years, God of War Ragnarok is finally released and it’s been getting stellar reviews across the board. UnGeek got the chance to participate in the Asia roundtable interview with Director Eric Williams and he talked about what significant changes the team made to the God of War Ragnarok combat system in order to make it more engaging.

How do you top one of the best games in the 8th generation of gaming? Our review highlighted just how refined everything feels from the captivating narrative to a number of gameplay improvements. Here’s what Eric had to say.

The best defense is a good offense 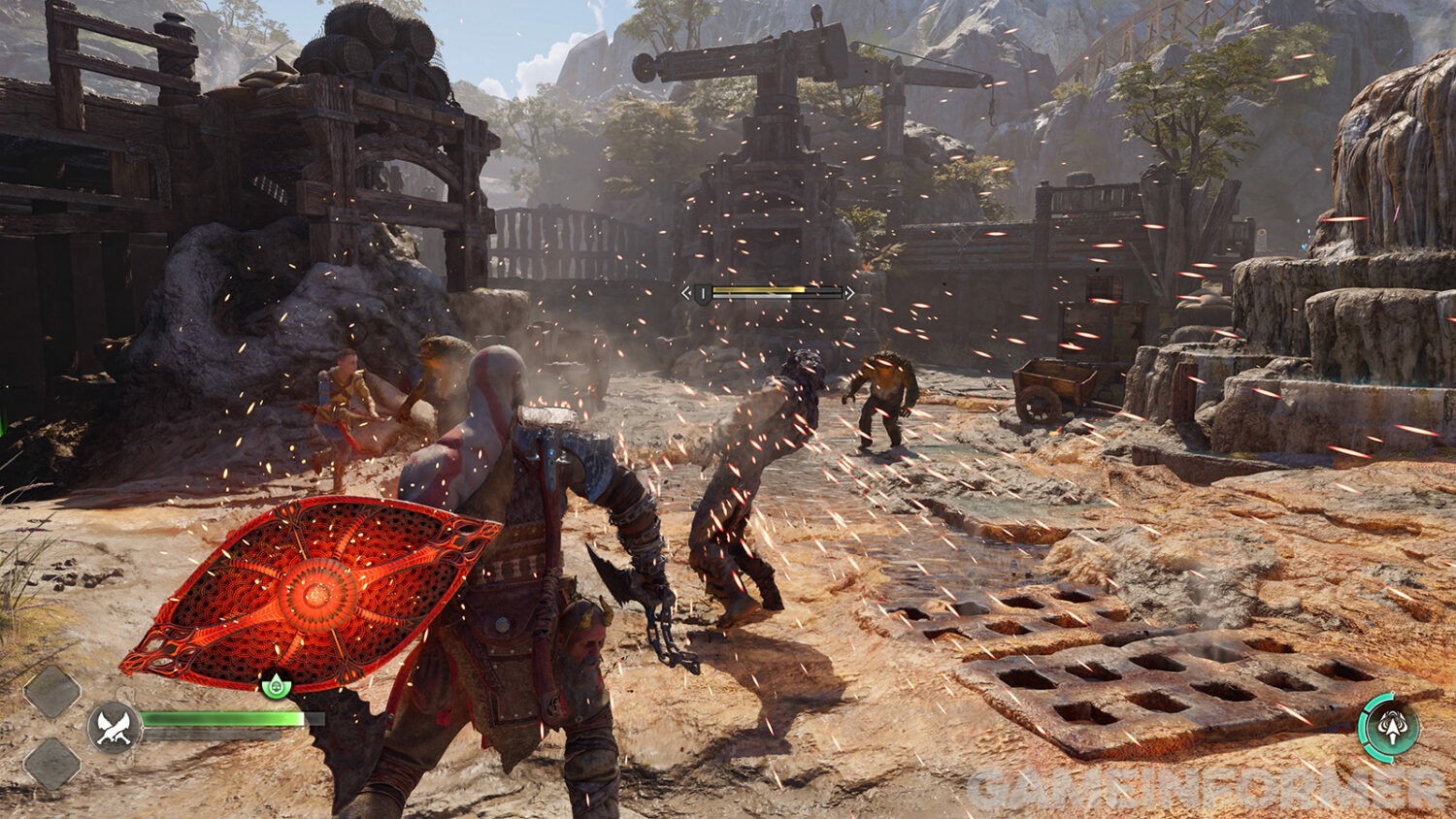 One of the more immediate things that the God of War: Ragnarok combat system introduces is the ability to choose which shield Kratos will be using. If you played GoW 2018, you’d know that his current one has a significant value from a narrative perspective so don’t worry, that’s not being ignored. Choosing what defense type Kratos will have opens up a whole new set of moves that complement whatever playstyle the player wants.

“If you go through actual combat training, one thing they’ll really emphasize is how important your defense is. If you don’t know how to defend yourself, you’re going to have a problem.” Eric explains.

More than just blocking and parrying, each shield options have its own special moves, perks, and abilities as well that can either be passively or actively triggered throughout combat. This further incentivizes players who don’t just go full-on offense running at everybody (which is admittedly what I mostly did before).

Given how much the enemy variety has improved since the last game, there are fights in GoW: Ragnarok that requires more than just brute force. The different shields Kratos can equip inject a much-needed amount of flexibility and player expression into his defensive toolkit. And of course, aside from armor and weapons, the different shields also have their own upgrades and special modifications. 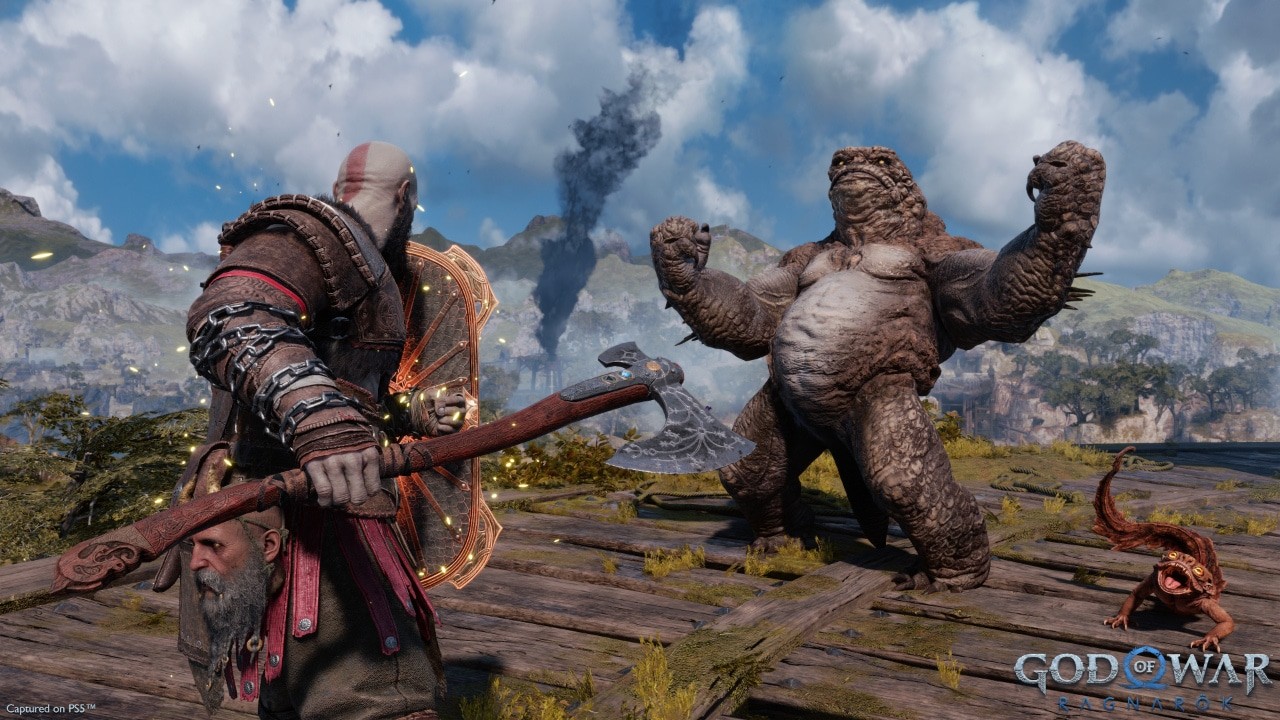 As for the offensive abilities, the team really wanted to further streamline the combat flow and make it more satisfying than it already is from GoW 2018.

“In the last game, we had normal and runic attacks. Runic attacks have a cooldown so once you’ve used them up, you don’t really have anything to do until the timer finishes.” Eric says.

One of the things Santa Monica Studios put in is adding more functionality to the triangle button. In GoW 2018, this was only used to call back the Leviathan Axe and activate dialogue from NPCs. This time, it can also be used to charge up your weapons in order to execute special elemental attacks. This was done in order to fill in the buffer period between cooldowns.

“We also took some of the runic attacks in the last game and integrated them into the skill tree this time. We did reduce their power a little bit but it gives more flexibility to do more fun things now that you don’t have to worry about cooldowns,” says Eric.

And last but most definitely not least is the momentum system. This is one of Eric’s favorite new additions the team made. Attacking enemies without getting hit will build up Kratos’ weapon damage. Once it reaches a certain point, the player can either choose to continue on with its current state or activate a special ability that buffs both attack damage and speed for a certain amount of time. Couple this in with the added verticality options where Kratos can swing from one platform to the other, execute devastating attacks from above, and more interactive combat environments make the flow a bit more dynamic.

Eric continues on to say that the combat team really wanted to allow the players to express themselves more in the fights in GoW: Ragnarok by providing new and subtle options to tinker around in. These changes can make each playthrough an entirely different experience spending on how the player chooses to build out Kratos. He’s still as badass as ever, he just has more toys to play with this time.