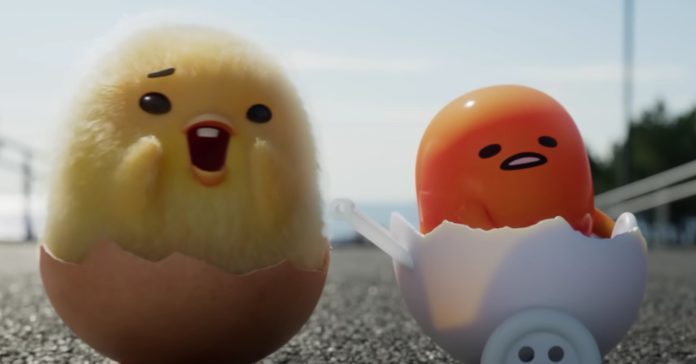 Ahead of its release this December, Netflix revealed the main voice cast and released the new key art for Gudetama: An Eggcellent Adventure.

The new info and art about the upcoming series were revealed via the Netflix Anime Twitter account. Its new key art features Gudetama unfazed while falling and with compantion Shakipiyo in a panic.

eggcellent news! the key art and voice cast for Gudetama: An Eggcellent Adventure have been cracked! pic.twitter.com/cgo2101Ipp

In case you missed its announcement, this upcoming Gudetama series is a live-action show that follows the popular Sanrio characters, Gudetama and Shakipiyo as they go ona  journey to find their mother.

A lethargic, empathetic road trip series about finding one’s parents — for everyone who just wants to laze about! Having resigned itself to the fact that it will just end up on someone’s plate, Gudetama just wants to be lazy all the time. But, swept up by the go-getting, overbearing chick Shakipiyo, it leaves the refrigerator and heads out into the world. Together, these polar opposites go on an adventure to find their mother!

Gudetama: An Eggcellent Adventure will be released exclusively on Netflix on December 13, 2022.