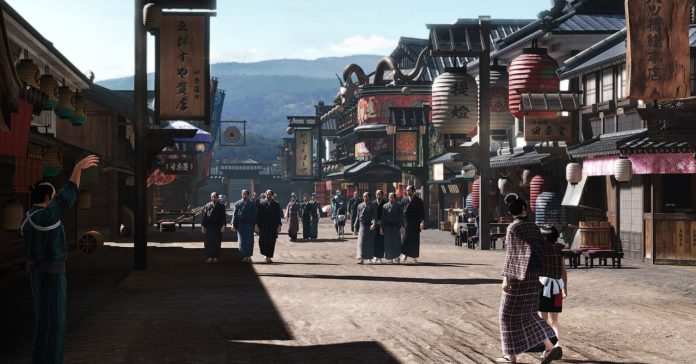 Like a Dragon: Ishin is set in Kyoto, but in the Bakumatsu Period. This is a far cry from the contemporary settings of previous series games.

While the Yakuza, or the Like a Dragon games as they’re called now, are popular for their over-the-top action and compelling stories, their locations are also a major highlight. Personally, exploring the video game recreations of Japanese districts like Kabukicho in Shinjuku or Dotonbori in Osaka is one of my favorite things about the series.

For reference, we recently recreated some screenshots from Yakuza 5 to see how accurate the game’s depiction of Nakasu in Fukuoka (known as Nagasugai in-game) is. From what we saw, the game’s version is incredibly accurate. Just check these out:

While we haven’t been able to visit all the locations depicted in the series (Onomichi and Naha are still very much on our bucket list), we can confirm that most of the locations in the game a incredibly close to their real-life counterparts.

Now let’s go back to Like a Dragon: Ishin, the upcoming remake of the 2014 spin-off that was only released in Japan. Unlike the other games which are set in contemporary times, Ishin is set in Kyoto during the Bakumatsu period (around the 1850s to the 1860s).

Having a contemporary setting is no doubt more straightforward to recreate, especially as the developers can visit the actual locations and take lots of photos for reference. But how did the sudio go about recreating Kyoto from nearly two centuries ago?

Well, that’s what we asked the game’s Chief Director Hiroyuki Sakamoto when we got to interview him in a recent media roundtable interviews session.

When asked about how the studio was able to recreate 1850s Kyoto, Sakamoto said:

“Essentially, the current game was based on a lot of visits to places that still exist from that time period in Kyoto, going to see what is left and what the environments would have been in the past.

With that being said, it’s not like there was a place that was preserved 100% like it was in the past. In order to fill in this gap, we used a lot of source materials that have depictions or explanations of what it was like in that time period, as well as going to different movie sets to see how movies interpreted the time period and incorporate all of that into the game to have it as accurate as possible.” 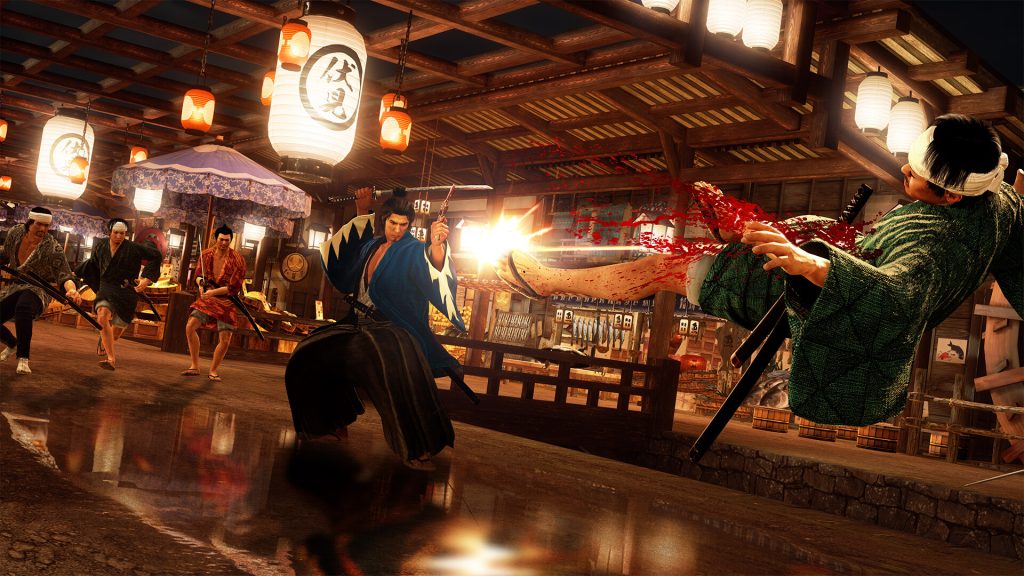 It’s interesting to find out that Ishin’s Kyoto is based on era-accurate movie sets. Though this does make sense given that, while Kyoto still has numerous preserved locales, it is still very much a modern city now.

Given the amount of research that RGG Studio did for Like a Dragon: Ishin, exploring the nooks and crannies of the game’s Kyoto setting is definitely something we’re looking forward to doing when the game releases.

Want to know more about Ishin when it comes to gameplay? Check out our hands-on impressions of the game here: