The Philippine Web3 Festival featured the latest innovations in the Web3 space. 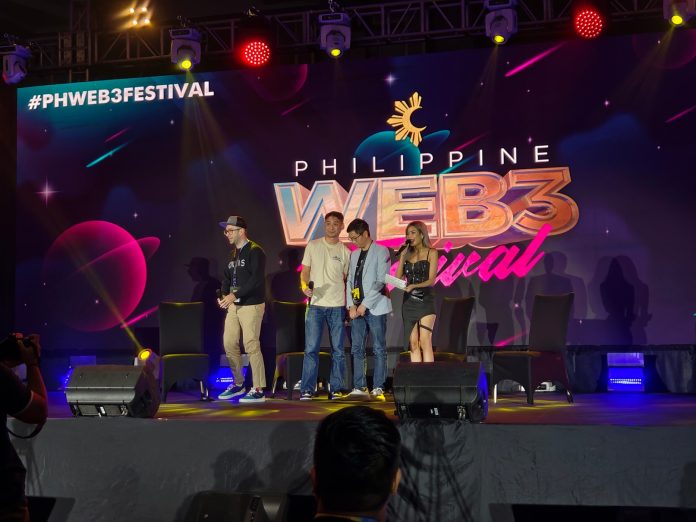 The Philippines has solidified itself as one of the most involved in the latest blockchain and Web3 innovations globally, and this was seen clearly in the Philippine Web3 Festival. This should come as no surprise for many Pinoys, especially as NFT games and art have become all the rage over the past year.

Blockchain Games get the spotlight

One of the most popular implementations of blockchain and Web3 technology is gaming. Specifically, NFT games have become popular over the past year, including the likes of Axie Infinity, with more NFT games in the pipeline like Anito Legends.

In case you need a refresher, these games typically use blockchain technology to give in-game items or characters a corresponding NFT (non-fungible token), giving it proof of uniqueness or rarity and therefore, value.

But while 2D Pixel monsters have been the flagship bearer of NFT games, the Philippine Web3 Festival showcased a ton of triple-A-looking games from spanning various genres like Farcana a shooter/ battle royale game that was built with the Unreal 5 engine, or start collecting a host of unique Unicorns in Crypto Unicorns. There’s even an intergalactic racing sim that looks out-of-this-world (pun intended) with AstroXP: Holotraxx.

During the Web3 Festival, various talks were held on the main stage that highlighted blockchain games in the country. For instance, Yield Guild Games (YGG) Global COO Colin Goltra pointed out how Filipinos have become one of the most receptive to this type of gaming, especially as some players can turn these games into a career.

Peter Ing, founder and CEO of BlockChainSpace passionately highlights young Pinoy creators in the NFT gaming space (like Miccolo Solis) and is optimistic with the Philippine’s role in expanding the space further through innovations made on Web3.

Meanwhile, the stage also featured a showcase of new and upcoming blockchain game platforms. One such platform is MetaverseGo which recently teamed up with Globe to give more Pinoy gamers access to blockchain games.

To help more Filipinos and newcomers get situated in the Metaverse, we’re teaming up with Globe to provide free access to our platform,” said MetaverseGo CEO Ash Mandhyan.

Aside from the main stage, the event also featured a show floor featuring booths that showcase various new and upcoming blockchain games.

While many NFT titles are optimized for mobile, some blockchain games at the Web3 Festival were more like triple-A games in terms of gameplay and graphics quality.

Games aren’t the only thing that NFTs are used for though. Another popular implementation of Web3 technology is through art.

In case you didn’t know how it works, NFT art is similar to the implementation of NFTs in blockchain games. Basically, artworks are “minted” or tied to an NFT that functions as a sort of digital certificate of authenticity in the blockchain.

At the event, various artworks from Filipino artists were showcased, along with their corresponding NFTs. These artworks were available to view on the event’s show floor.

Both on the show floor and on the main stage, the Black Eyed Peas’ Apl.de.ap made an appearance. There, he highlighted how Web3 technology can help him and other artists discover up-and-coming Filipino talent, thereby giving them more opportunities to showcase their works,

“I like to pay it forward… whatever I can bring back like knowledge from the US, building classrooms and computer labs, scholarship programs, and now NFTs. I want to keep doing it but sustainability is the hard part. And now with Web3, it is now much easier in terms of sustainability. I don’t have to build structures all the time to be able to help the youth and creatives in the Philippines. You can do it via Web3 now and reach more people,” said Apl.de.ap. 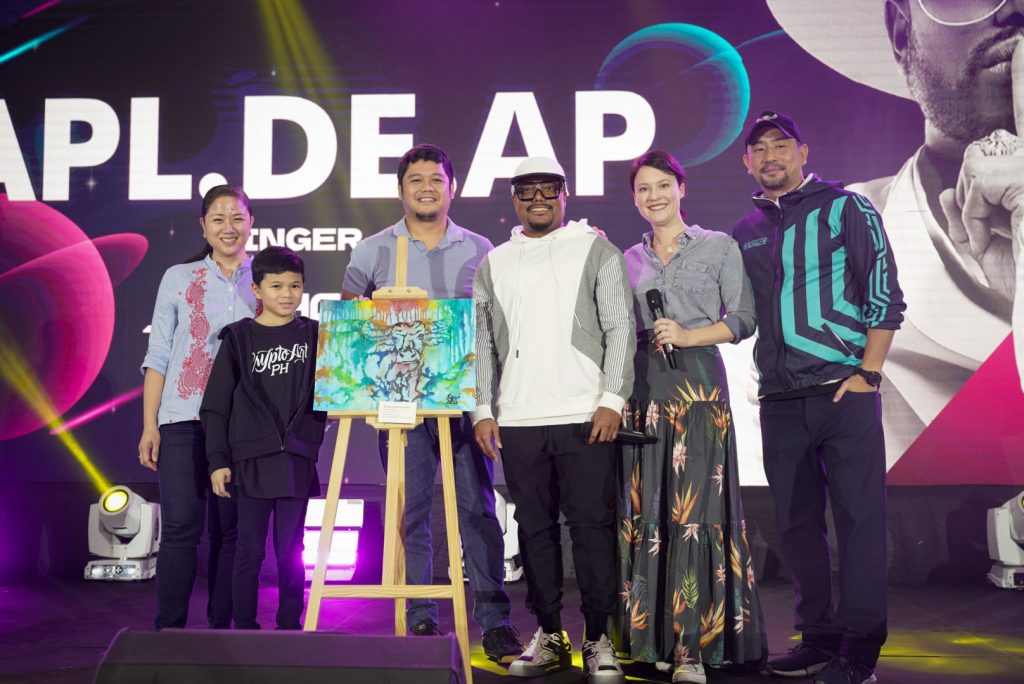 To help with Apl.de.ap’s initiatives, the Philippine Web3 Festival announced that it will be donating PHP 1 million to his foundation. This foundation of his aims to empower artists in Southeast Asia to mint their artwork as NFTs by granting them the necessary fees with no strings attached.

The biggest Axie tournament in PH 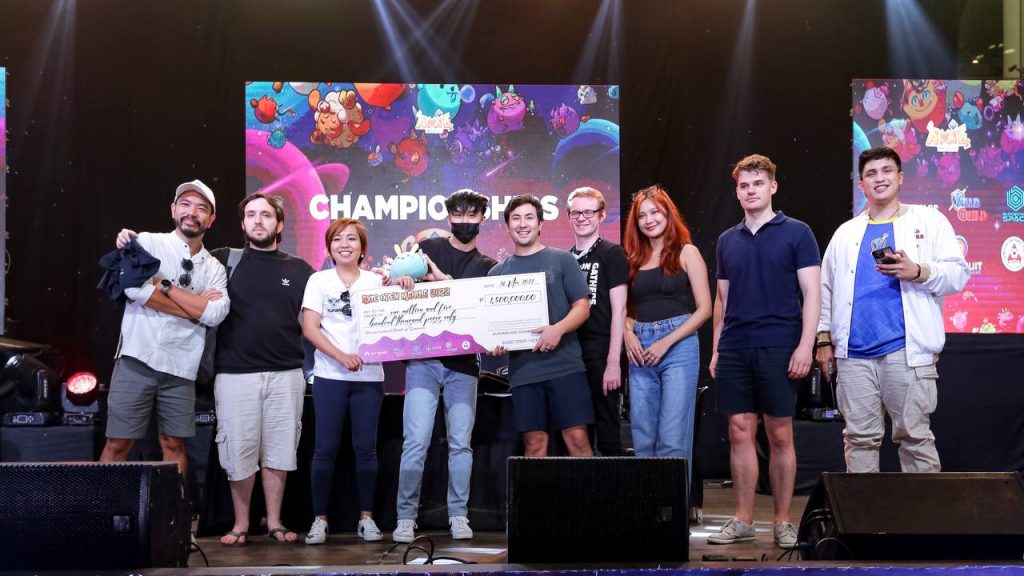 Finally, the event was capped off with Axie Open Manila, the biggest in-person esports tournament for blockchain gaming in the Philippines. The tournament was held in Circuit Makati from November 17 to 18, and it saw well over a hundred players who faced off for the lion’s share of the USD 250,000 (or PHP 7 million) prize pool).

In the end, it was Spamandrice, one of the highest-ranked players in the competition, who took home the grand prize of USD 27,000 or over P1.5 million. He won the best-of-seven finals against Zaratustra in dominant fashion.

Aside from the champion, five Filipino players made it into the Top 16, with Martinsuuuu finishing the highest at third place to win USD 12,000 or about PHP 700,000.

The Philippine Web3 Festival was organized by YGG and BlockchainSpace in partnership with Infinity Ventures Crypto and Emfarsis. It was co-presented by GCash, Globe, and MetaverseGo, as well as supported by Binance, Polygon, Huawei, Angkas, XPLA, MetaCene, MixMarvel, Rangers Protocol, BNB Chain, and XY Finance. Axie Open Manila was also organized by YGG and BlockchainSpace, co-presented by Sky Mavis, Globe, MetaverseGo, and Circuit Makati, with the supervision of the Games and Amusement Board.