Here's hoping Ishin is a hit so that a Kenzan remake can also get made! 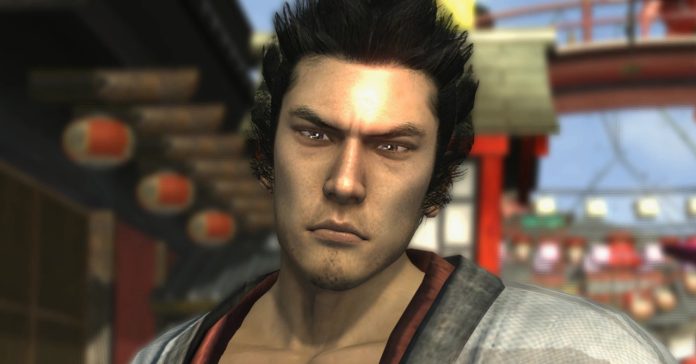 Following the announcement of the Ishin remake at Tokyo Game Show, there’s been a lot of talk about fans wanting a remake of Ryu Ga Gotoku Kenzan, the first samurai spin-off of the Like a Dragon series (formerly known as the Yakuza series outside Japan).

In case you need a refresher, at TGS 2022, Ryu Ga Gotoku Studio announced Like a Dragon: Ishin, a remake of the Ishin spin-off game that was released only in Japan back in 2014. Thanks to this upcoming release, fans outside Japan will soon be able this long-requested title. Though before Ishin, there was Kenzan.

Ryu Ga Gotoku Kenzan was first released back in 2008 for the PS3. And while Ishin is set in the Bakumatsu (aka the final years of the Edo Period), Kenzan is set hundreds of years back, specifically during Japan’s Warring States period. Despite this, the game still features the actors and the likenesses of the Like a Dragon series characters.

Given that Ishin is soon getting the remake treatment, fans are now hoping that Kenzan will soon get remade as well. Sadly though, it seems that a Ryu Ga Gotoku Kenzan remake is not planned as of the moments.

Recently, we got to interview RGG Studio’s Executive Producer Masayoshi Yokoyama and Chief Director Hiroyuki Sakamoto alongside other members of the SEA gaming press. There, they explained why remaking Kenzan is still not on the pipeline just yet.

“In terms of remaking the game, there really is very little to take from the game aside from the basic outline,” said Yokoyama. “It would require an entire new game of its own to really give it what it deserves.”

“As a creator, there is definitely a desire to recreate [Kenzan]. But again, it would require a lot of time and a lot of effort to remake it. Another thing is that fixing up the data that the game is based on [is going to be difficult]. The game is based on abattle system is rather incomplete compared to modern day Like a Dragon games, especially with things like the character movements and like the action animation. Everything would have to be improved and dramatically,” followed Yokyoama.

As Yokoyama explained, Kenzan being an old PS3 era game means fully remaking it will be much tougher than with Ishin. Major overhauls would have to be made, likely to the level of the Yakuza Kiwami and Kiwami 2 Remakes. There are also several Like a Dragon titles in development, so there’s likely no bandwidth within the studio for a project of that size. Though series fans shouldn’t lose hope though. Yokoyama did say that a Kenzan release might be in the cards if Ishin’s remake turns out to be a big hit.

“The other thing is that, to even start thinking about recreating Kenzan as a game, Like a Dragon: Ishin would have to become a huge hit on the market to start that conversation alone,” said Yokoyama.

If Ishin becomes a major hit and Kenzan is remade, it’s likely we won’t see it anytime soon given the extent to which it will have to be developed.

Still, here’s hoping Ishin becomes a hit as we’re sure Like a Dragon fans (ourselves included) would love to play Kenzan on modern consoles someday.

Want to know more about Ishin? Check out our hands-on impressions of the game here: