Sonic Frontiers is out now on consoles and PC 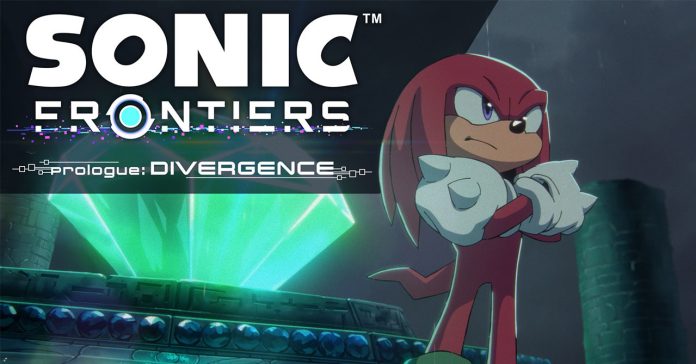 The first video is a prequel animation entitled Prologue: Divergence. Its a six-minute animated short film starring Knuckles that you can watch:

Along with the prologue, SEGA also released new videos for the game, including “Spotlight #3” and “Ares Island Theme Music – Recording Sessions” that you can watch here:

In case you’re unfamiliar, Sonic Frontiers is the latest game in the series, and it’s the first to feature open-world style levels. The game’s premise is described as:

“Worlds are colliding in Sonic the Hedgehog’s newest high-speed adventure! In search of the missing Chaos emeralds, Sonic becomes stranded on an ancient island teeming with unusual creatures. Battle hordes of powerful enemies as you explore a breathtaking world of action, adventure, and mystery. Accelerate to new heights and experience the thrill of high-velocity, open-zone platforming freedom as you race across the five massive Starfall Islands. Jump into adventure, wield the power of the Ancients, and fight to stop these new mysterious foes. Welcome to the evolution of Sonic games!”