Check out the cool tech showcase at last week's ESGS 2022! 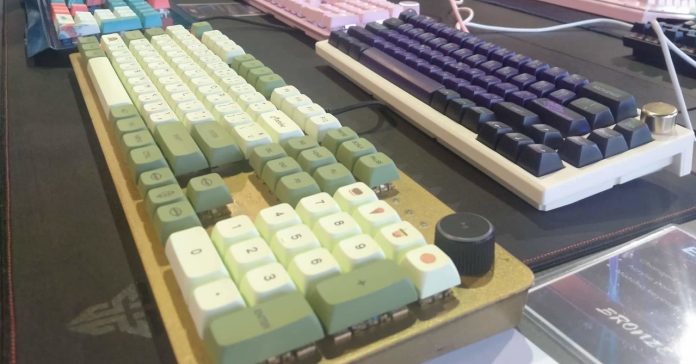 It’s been a hot minute since we all went back to the SMX Convention Center to experience ESGS 2022, live and and in the flesh. It was quite the spectacle, and a refreshing callback to the days pre-2020.

Along with the pop culture fanfare came a slew of tech showcases as far as the eye could see. The brands really brought out the big guns, and we were all for it. That being said, it’s hard to not give a shoutout to Acer Predator for literally being front and center once you enter the venue. Their interactive booth, ‘Meta City’ pretty much stole the show. There was gear to be had, games to be played, and action to be witness. Lots of fun.

The keyboard enthusiasts and ‘lason lords’ were in full force, as both Rakk and Rotobox flaunted their wares right smack in the middle of Riot Games and Astra Arena. I’m pretty sure a few of the people walking to and fro dropped a bit of coin–as they should.

For anyone in search of a better viewing experience with a few more FPS and a higher refresh rate, AOC’s AGON and Viewsonic had just what the doctor ordered. Of course, all at very affordable prices. A tantalizing sight, in more ways than one.

Gaming peropherals? Well, say no more, because Fantech and JBL Quantum brought a nice combination of gamer gear that would satisfy anyone in need of some ‘desk essentials.’ I mean, who doesn’t like a tricked out battlestation?

Of course, we’d be remiss if we didn’t include arguably the heaviest of hitters when it comes to bringing the tech merch. Like in every convention before, and those to come, MSI and ASUS ROG gave us quite the spectacle. Not to mention, promos and discounts ahoy. It was also my very first time seeing an actual RX4090 in the cyber-flesh, and well, it’s ridonkulously huge.

Like always, our good ol’ tech brands brought the hype, and the goods. If it wasn’t official before, it surely is now–convention season is back, and it’s better than ever.

Did you attend ESGS 2022? How was your experience. Check out the coverage on our official Facebook page!