The Story behind Gudetama according to its Creator

The creator of Gudetama talks to us about the world's most lovable egg! 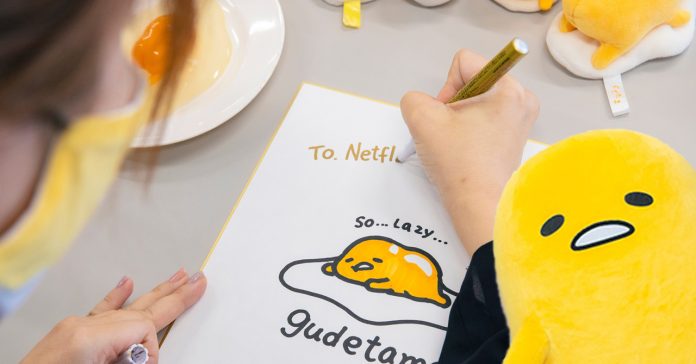 On November 2, UnGeek had the privilege to be part of a panel interview with AMY (Emi Nagashima), creator of Gudetema as part of the build up towards the upcoming launch of the “Gudetama: An Eggcellent Adventure” series on Netflix! As part of this special media Junket in Tokyo, we were able to spend some time with AMY to not just talk about the show but to hear the story behind Gudetama the character.

Yup, the upcoming Gudetama series isn’t animated as you would’ve expected but is a live-action / CG kind of show featuring everyone’s favorite lazy egg and we’ve been excited to see it ever since initial details got revealed. But what exactly is the story behind Gudetama as a character? How can this tamago be so well beloved by so many? Allow us to take you through our short yet sweet morning with AMY all the way from the Sanrio HQ in Japan and we started things off with a quick interview.

Inspiration really can come from anywhere in any form. When asked about what she can tell us about how she was inspired to create Gudetama, she simply said “When I was eating egg with rice bowl at home, I saw the color of the egg and thought about its nutritional value… and I thought that ‘you know eggs could have a lot of potential to be cooked in so many different ways’. But I [also] felt that it was so apathetic or unmotivated… Then I also thought about the generation today like how there are people who basically have come from a very good background and have good education but they’re not competitive and they kind of gave up on competitive society. So those were the overlapping ideas I had when I designed Gudetama’s personality.” 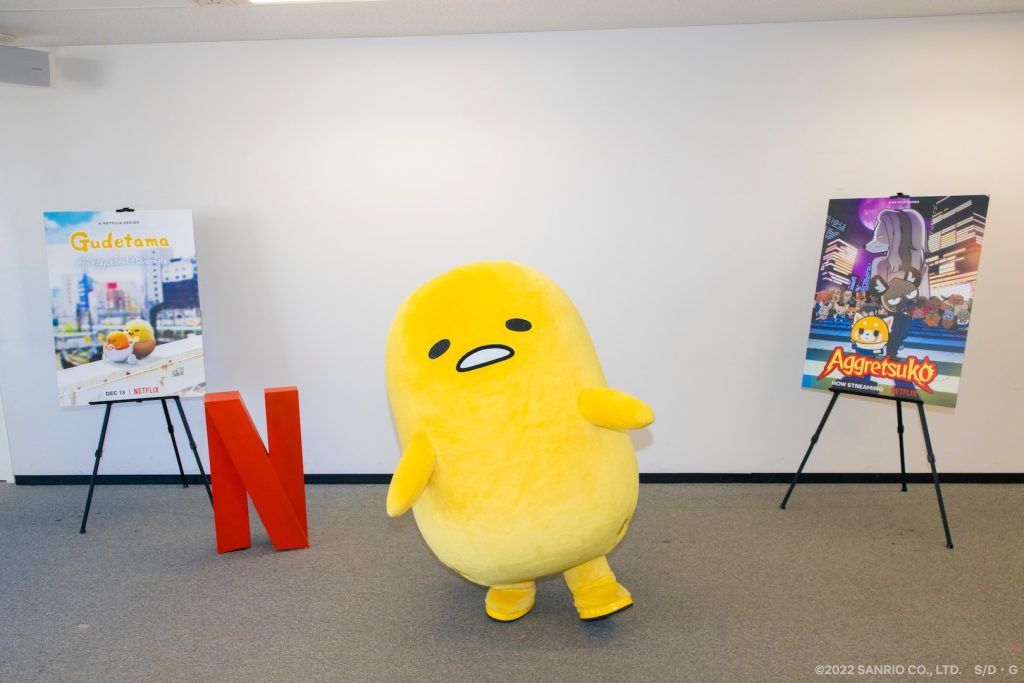 As interesting a concept as that was, she did reveal that there was a bit of worry on how the character would be received by the public, especially since his defining trait is laziness. Needless to say, she was quite happy that the fanbase for Gudetama grew… that “his apathetic or unmotivatedness” actually became core to what made the character so appealing. She hoped that the character gave you a “feeling of comfort”… that “youdon’t really have to try too hard. And [that hopefully] makes you relaxed. Be more carefree.” There is one surprise, however, about his appeal that she never saw coming — “What was unexpected was his butt which we never expected would receive such a huge reception worldwide.”, said AMY.

She mentioned that she is excited that, with the Netflix show, there’s a chance that many new people will be exposed to the loveable egg. However, just as Gudetama would prefer it to be, she does hope that you just relax and take in what the character brings. “I think you can just watch it very casually and you’ll think ‘oh, that looks good to eat’ or maybe you could dig deeper and overlap things with your life and ponder on that.”

After the quick interview and learning the story behind Gudetama as a character, she then proceeded to do a live drawing of Gudetama which was absolutely amazing to watch especially with how quickly and seemingly effortless she did it! UnGeek got a nice little token to remember the experience by as well!

‘Gudetama: An Eggcellent Adventure’ premiers in Netflix on December 13, 2022. Do stay tuned for our upcoming review!

- Advertisement -
Previous article
Interview: Tactics Ogre Reborn’s Hiroaki Kato and Naoyuki Takahashi on how they approached the remaster
Next article
Power Ranger actor Jason David Frank has passed away at 49