Japan has some questionable octopus earplugs in gacha machines

You might not want to wear this while out and about. 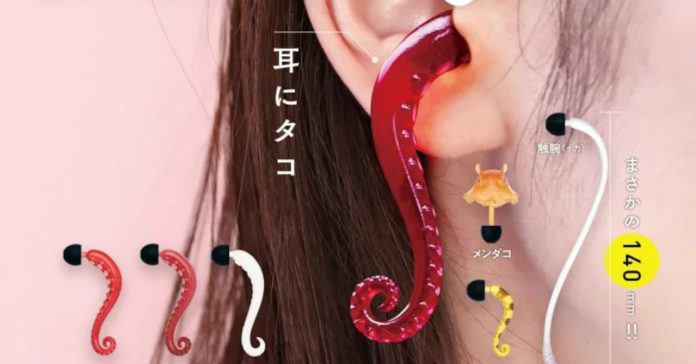 Gacha or capsule toy machines have some weird collectibles, but these new octopus earplugs in Japan might just be the most questionable.

Recently, Hirano Genki released a new line of earplugs with interesting designs at gachapon machines all over Japan. Specifically, these earplugs come in three octopus leg colors, a deep sea octopus, a blue-ringed octopus, and a squid tentacle. The octopus leg in each earplug is useful in taking it on or off your ear, though we can’t imagine why you’d want to wear this one in public in lieu of earphones. Plus, if you like sleeping with earplugs on, the appendages might not be comfortable if you move around or if you laid on your side.

Still, for those who are really into octopuses (we won’t judge) or deep sea creatures in general, we can see the appeal.

These weren’t just made randomly though as they are based on a previously limited-edition octopus leg pair of earplugs that were also made by Hirano Genki. Though unlike the gacha version, this original version was made with glass and was only available in limited quantities.

Here’s a look at the original version:

Want your own octopus leg earplugs? You’ll have to make your way to Japan and try your luck at the gachapon machines there. Each capsule toy is priced at JPY 400 (around PHP 170 or USD 3).

- Advertisement -
Previous article
HBO’s The Last of Us Episode 2 sees a historic rise in viewership
Next article
Black Panther: Wakanda Forever is coming to Disney+ this February