An easily enjoyable RPG for One Piece fans and newcomers. 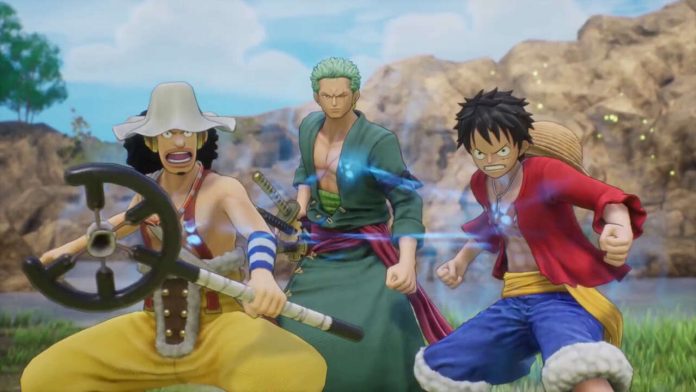 One Piece is celebrating its 25th anniversary this year and with it comes One Piece Odyssey, a turn-based RPG developed by I Love Computer Art (ILCA) and published by Bandai Namco Entertainment.

When I first did the initial impressions for the One Piece Odyssey demo, I mentioned that while the game is fun to play, it has a few things that hinder it from being a great experience. The opening hours is filled with stop-and-go scenarios wherein the game will regularly pause for a minor cutscene, tutorials, and loading screens. Before I could gain enough momentum to enjoy the moment-to-moment gameplay, I’m forced to slow down every couple of minutes.

Anime games tend to be hit or miss in terms of quality. I’ve had my fair share of awesome Naruto games, but more often than not, a lot of them fall under the radar. Much to my surprise, One Piece Odyssey has a lot going for it mainly due to the amount of personality from the writing all the way down to its core gameplay systems. 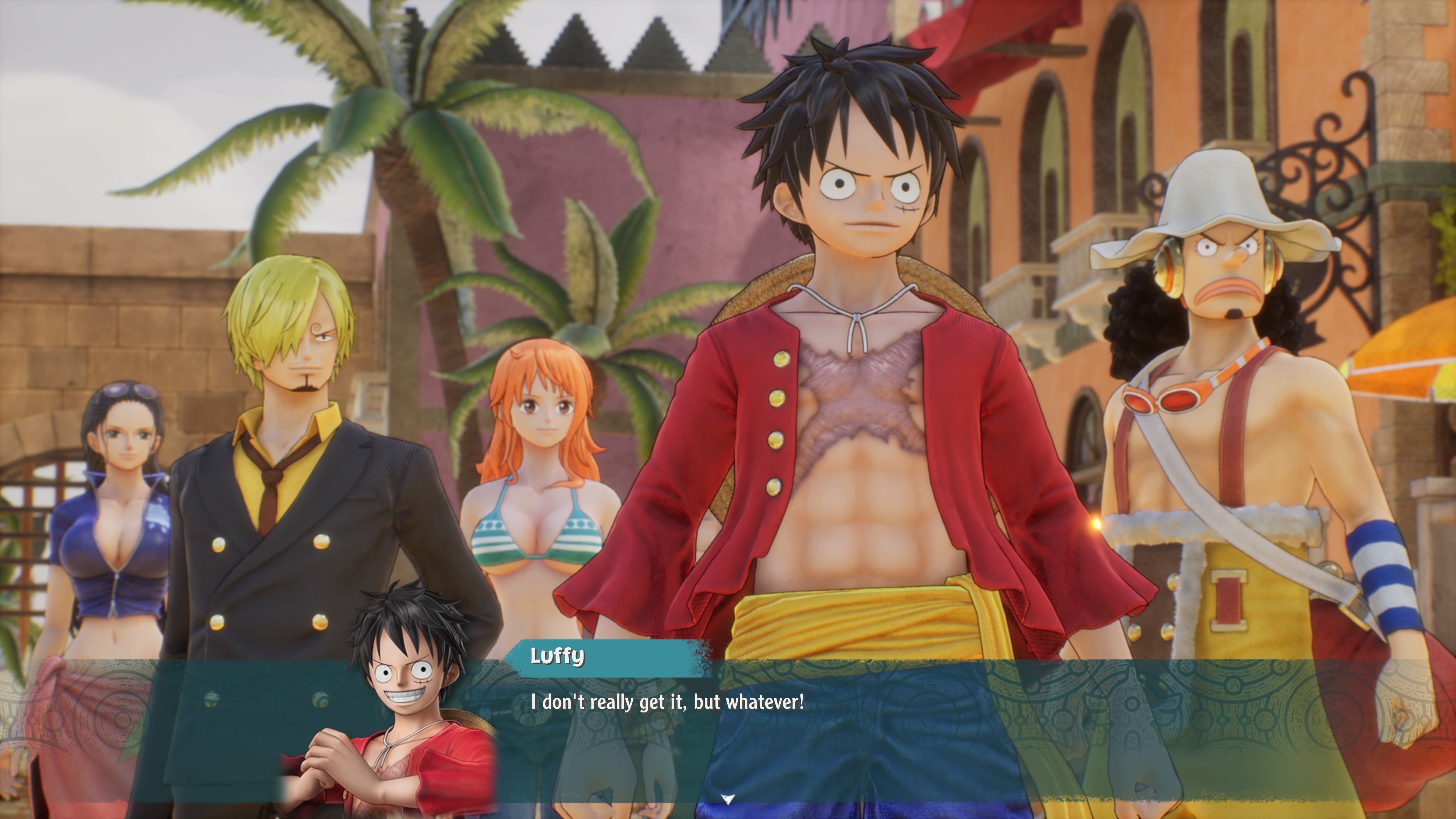 As someone who is only just a casual fan of the anime, I still found myself enjoying my time with One Piece Odyssey. It does a great job at welcoming newcomers to the IP while offering fun little winks for long-time fans to encounter and have their own Captain America’s “I understood that reference!” moment.

The first thing that stands out about One Piece Odyssey is its art style. The game features great visuals that capture the unique look and feel of the One Piece universe. From the detailed character designs to the lush environments, the game is a feast for the eyes. The game’s performance is also noteworthy. I played on the PS5 with butter-smooth animation and a steady framerate that make for a pleasant gaming experience.

One of the ways that the visuals in One Piece Odyssey really help to elevate the gameplay is by bringing the iconic special moves of each character to life in new and exciting ways. The HD animations are truly fantastic and make the combat sequences feel more impactful and satisfying to use. I never got tired of seeing Luffy scream out “Gum Gum Bazooka!” as he punches groups of enemies or Zoro just slicing and dicing everything like they were all made out of paper.

The game is just fun to look at. The developers at ILCA definitely did not slack off when creating the look and feel of One Piece Odyssey. Even though the core gameplay loop feels a little bit old-school, I rarely found myself bored with what I was doing. 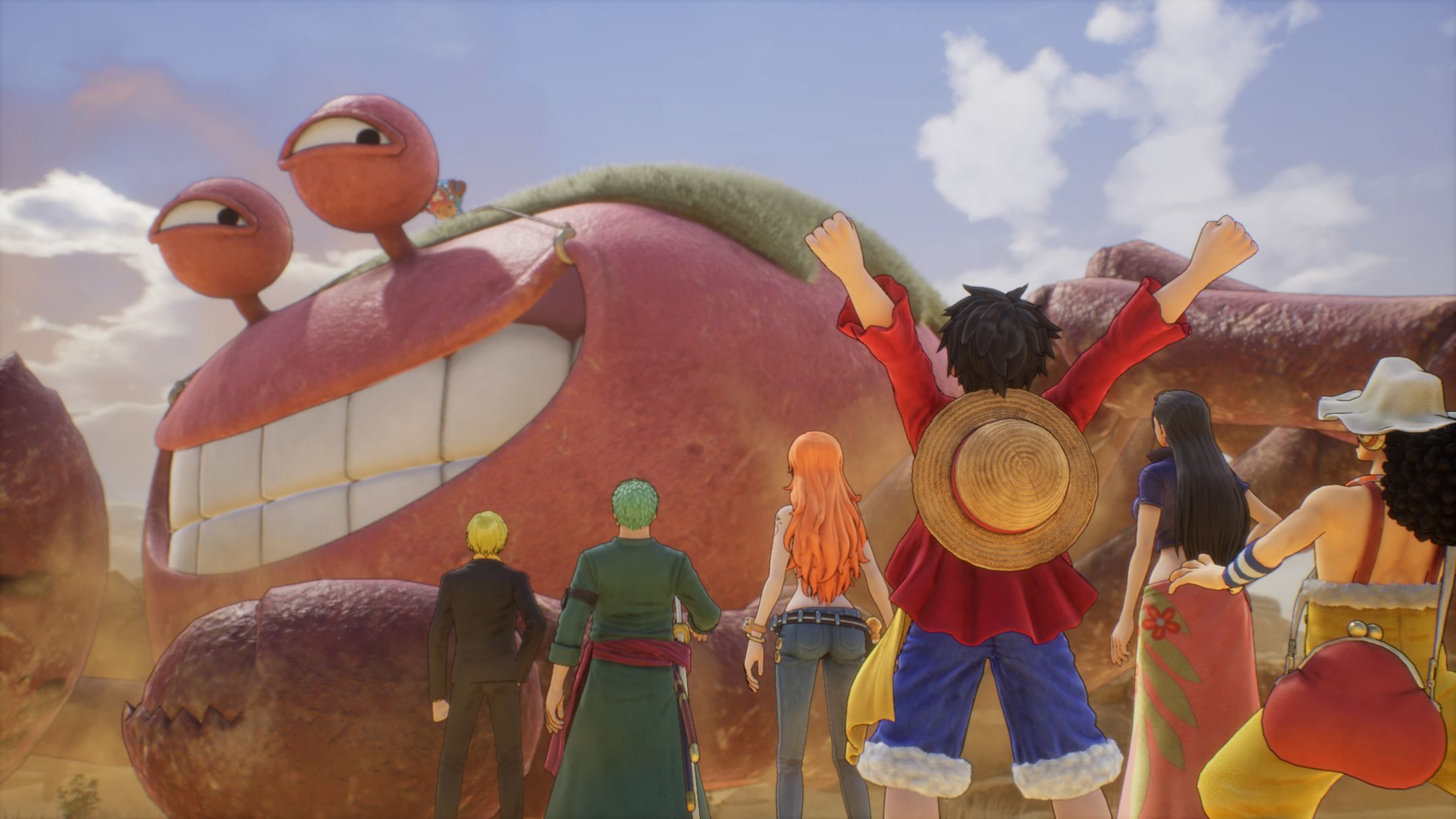 One Piece Odyssey is not an open-world RPG. A lot of its levels are linear in design with only a few small areas that are off the beaten path to explore and collect resources in. A lot of times, you’ll either be blocked by an invisible wall or be told explicitly that you’re going the wrong way and would be turned around by the game itself. The game almost has a museum-like approach with its exploration. There are certain parts where you press a prompt and it’ll show something with a bit of commentary from the Straw Hat Crew. It’s a lot of see-but-don’t-touch types of scenarios. A little disappointing but it’s not a complete deal-breaker.

The good news is that from the very start of the game, everyone from the Straw Hat Crew is already available to play. Each of them has a certain purpose in the exploration. Luffy can stretch out and swing to other areas, smash walls, and collect loot from afar. Zoro can slice gates to clear a path. Usopp can shoot down bird’s nests to drop loot. Chopper can be used to fit in small spaces. Subtle things like that are a nice cute touch that integrates each character’s well-known quirks into the gameplay system. 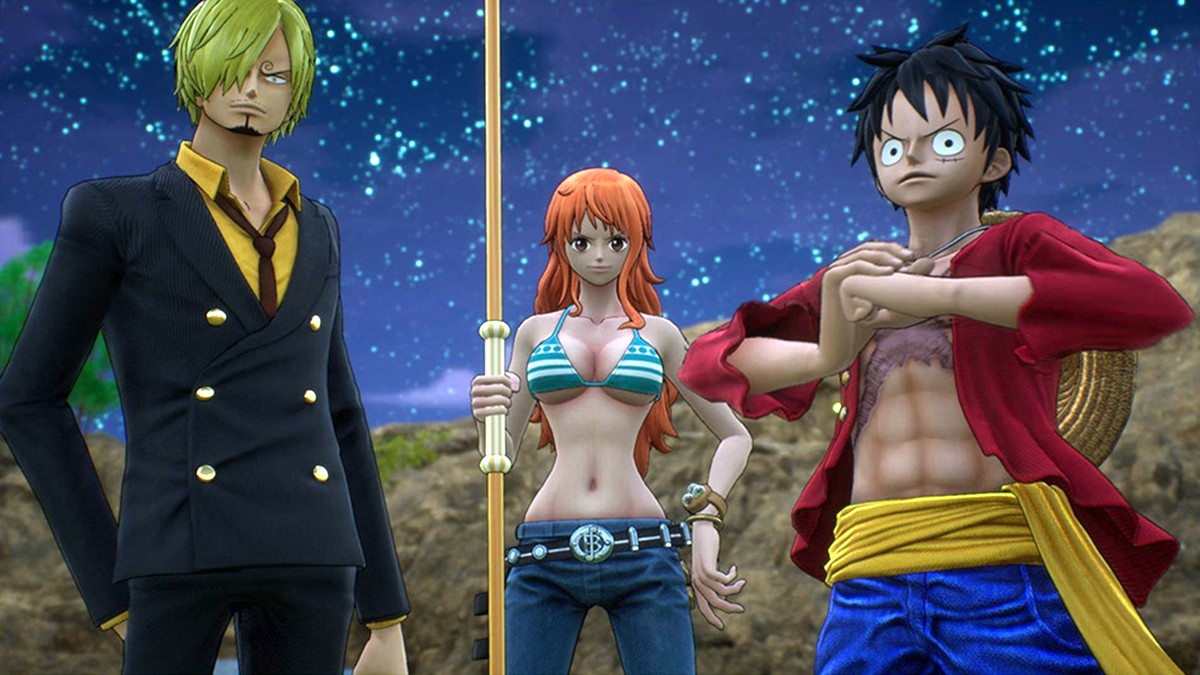 One Piece Odyssey’s writing is another highlight of the game. The dialogue between the characters is well-written and often amusing, capturing the personalities of the Straw Hat Pirates perfectly. Zoro and Sanji’s banter towards each other never get old while Usopp’s constant panicking and Luffy’s endless hunger provide a lot of the subtle humour in between key moments in the story. The game also does a great job of introducing new players to the series, providing enough background information to understand the narrative and characters without overwhelming them. If this was someone’s first time with the One Piece IP, I wouldn’t be surprised if it motivated them to read the Manga or watch the anime itself.

Come and get a piece of this

The gameplay in One Piece Odyssey is enjoyable, but it does lack any significant challenge, especially in the first few hours. Enemies will barely make a dent into each character’s health bars while normal attacks will one-hit-kill almost everyone. The combat system is easy to pick up and fun to play, but it may not offer enough depth for hardcore RPG fans.

I remember the first real boss fight was built up to be this thing that the Straw Hat Crew was somewhat afraid of and that they should be on top of their game if they want to come out victorious. I defeated it by using a couple of special moves and it died before it can even attack any members of my party. It was hilarious at the moment but it definitely failed at presenting something worthwhile to the player. Combat does eventually get a little bit more engaging maybe five hours in as enemies get beefier health bars but I still never found myself in too much trouble. 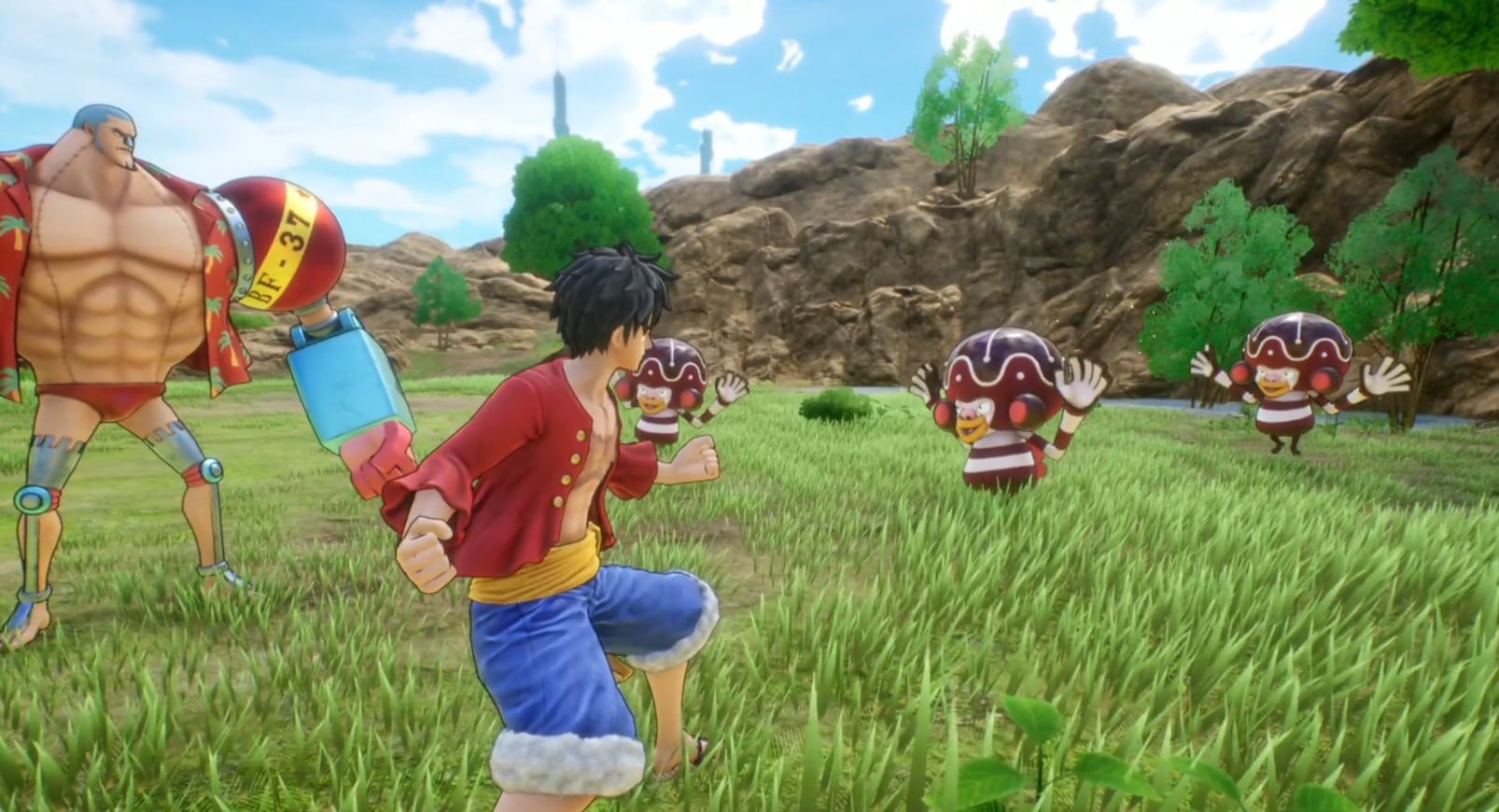 It tries to shake up the turn-based combat system by separating the party into different zones. Certain characters may have to face multiple enemies while others can deal with just one. Luckily, any member of the Straw Hat Crew can switch zones or use ranged attacks when applicable. While the zone system may seem useless (especially in the first hours), it helps declutter the battlefield and organize things a little bit for my attention.

There is a rock, paper, and scissors system in the form of power, speed, and technique attack types. These take into consideration each character’s fighting style and which one can be effective against certain enemies. You can swap out a character for another at any time during your combat turns. 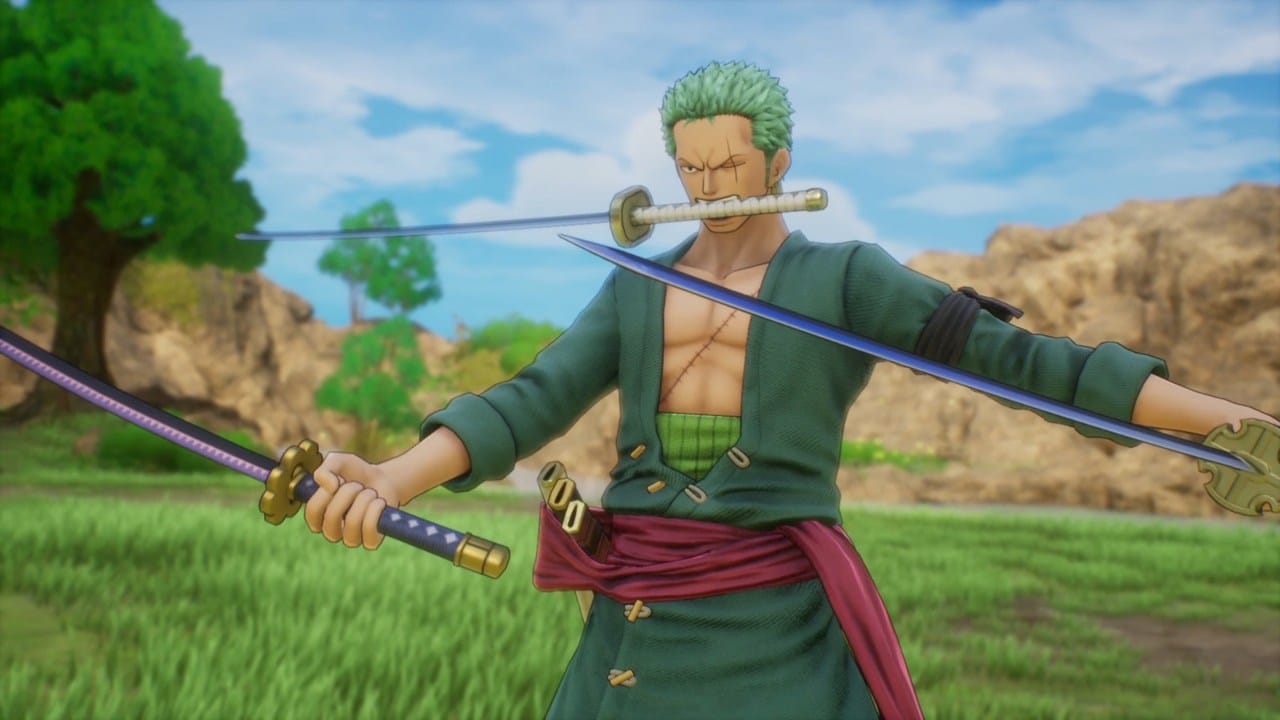 Special events can be triggered in combat sequences where it will show certain tasks that the player can accomplish. Let’s say an enemy has to be defeated by Luffy before it can severely hurt Usopp. If successful, there will be massive amounts of bonus XP. There’s also an initiative system wherein if you were able to approach an enemy from behind, you’ll be getting bonus critical hits in your first moves. The same goes for the enemy if they approach you from behind.

One Piece Odyssey is a great game for both fans of the One Piece anime and manga series and newcomers to the series. The game’s art style, writing, and gameplay make it a fun experience. The story and characters provide a deeper connection to the One Piece universe as certain parts of the campaign will revisit key moments in the anime such as the Alabasta arc with a few changes from what you may already know. 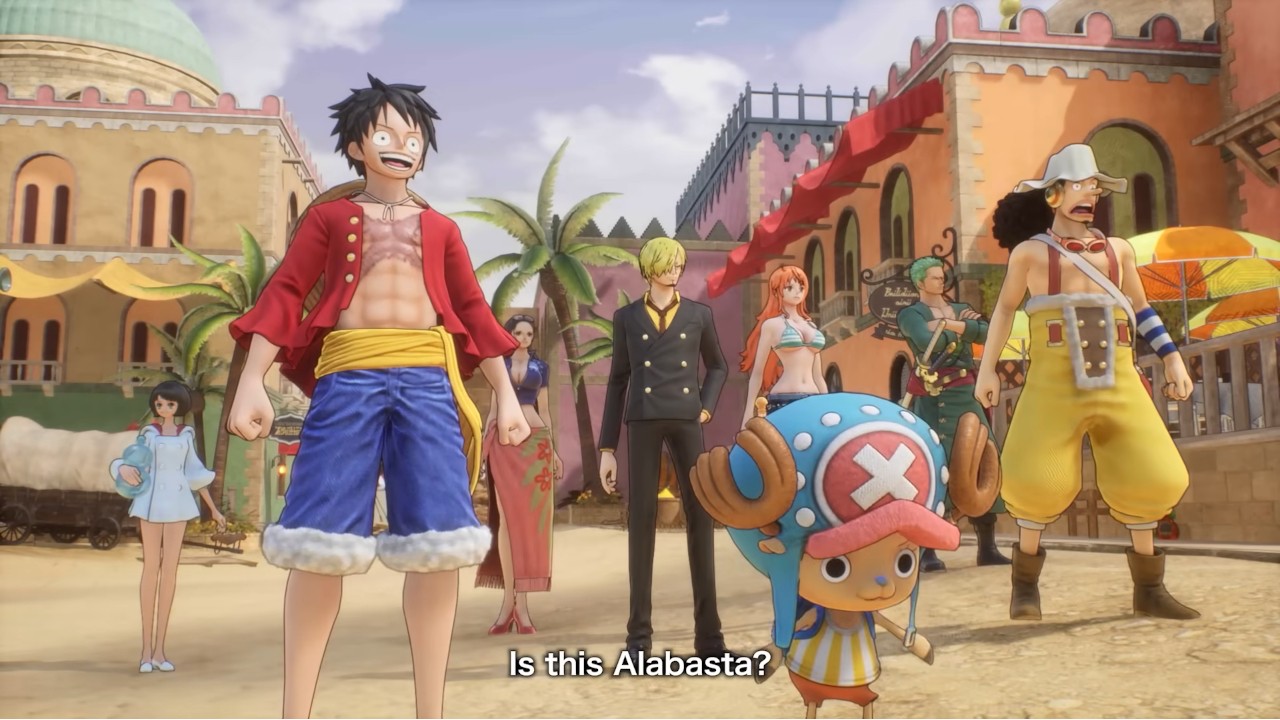 Don’t worry, it’s all in service of the story the game is trying to tell. There are real reasons why it may not exactly be a one-to-one recreation of your favorite One Piece arcs. It’s fun to see it all unfold.

Overall, One Piece Odyssey is a game that captures the spirit and adventure of the anime and manga series. The gorgeous art style, buttery smooth performance, amusing writing between the characters, enjoyable gameplay, and the chance to experience the story and characters of the Straw Hat Pirates in an all-new perspective make this a must-play for fans of the series. The game may not offer the same level of challenge as some other RPGs but that does not detract from the overall enjoyment of the game.