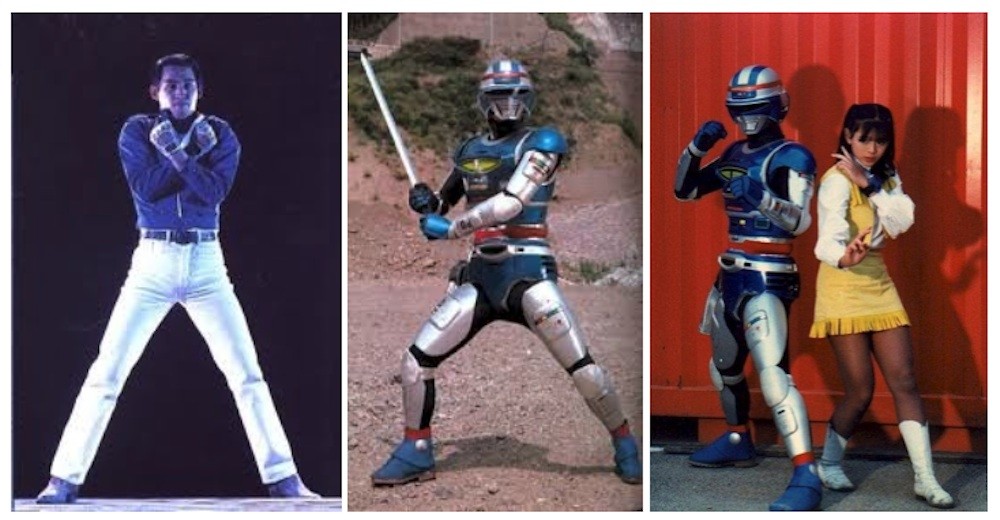 With Space Sheriff: Next Generation just around the corner, we thought it was only fitting to revisit and pay tribute to one of the most iconic superheroes of our generation (for those born 1985 and below). Sometimes we tend to forget the awesomeness of our childhood days so we hope this short article will reacquaint you with the intergalactic metal warrior, Shaider! 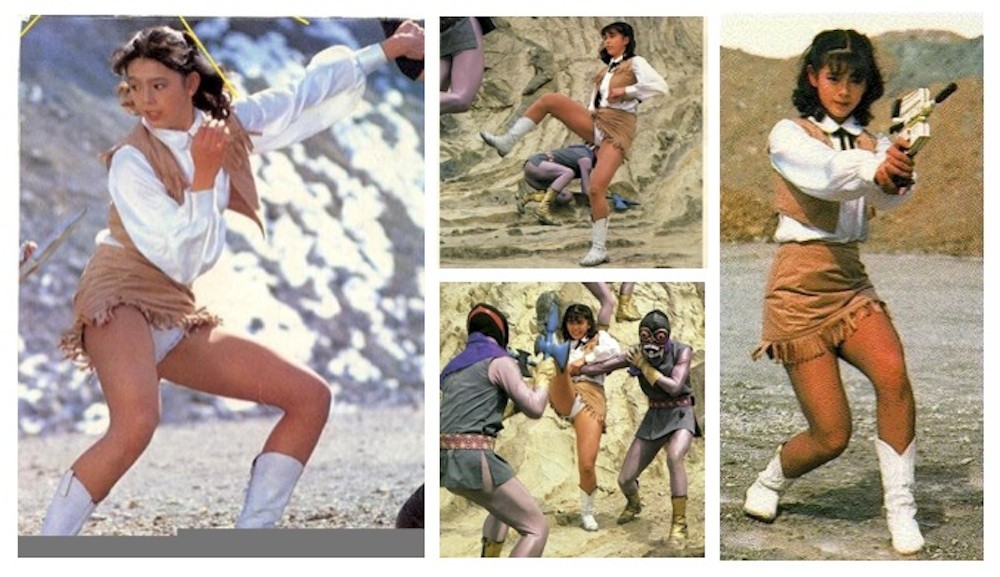 Annie is one of the most memorable characters from Shaider. Most people think she’s just your regular lady sidekick but she actually has a deeper story. Believe it or not, Annie is an alien! She came from the world called Mount which was destroyed by Fuuma. Fortunately she was able to survive though and she asked to be assigned to Earth to be with Dai (Shaider) so she can avenge her home world.

Oh, and she just loves showing her panties when she fights. Crazy. 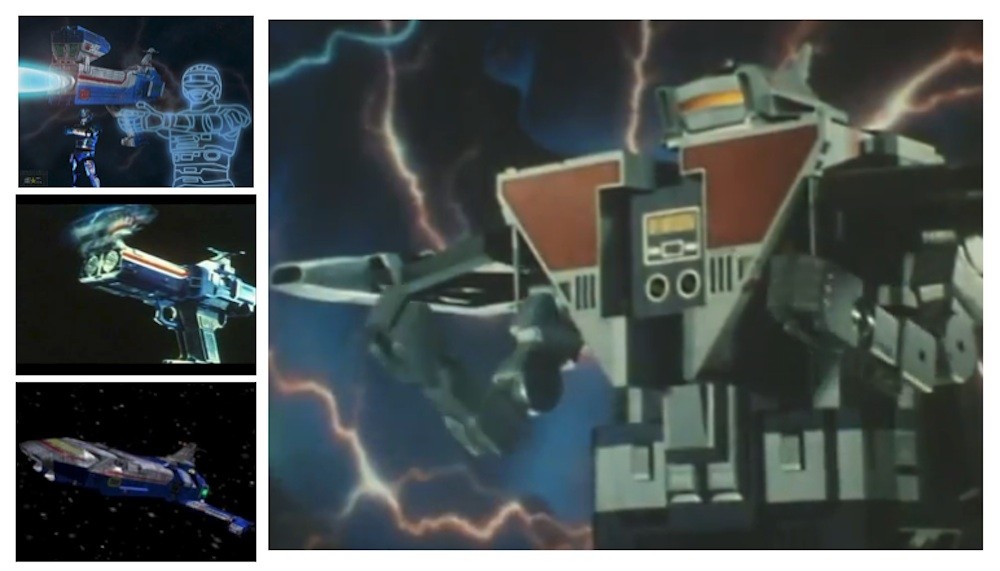 The Vavilos (or more commonly known as Babylos here in the Philippines) is the HQ of Shaider. It just goes around the Earth waiting for Shaider to give instructions on what to do. It has a variety of weapons which includes the Vavilos Beam which fires from it’s wings. This is usually used when Fuuma’s space ships are attacking the Earth and Shaider needs interstellar firepower to take ’em down.

What makes the ship cool is that it actually transforms! It can turn into a giant gun which Shaider calls the Big Magnum or a robot that can fire lasers from its chest or hands. This ship was really Shaider’s lifeline and it got him out of a lot of sticky situations in the TV series.

III. Priest Poe (aka Ida in the Philippines TV series) 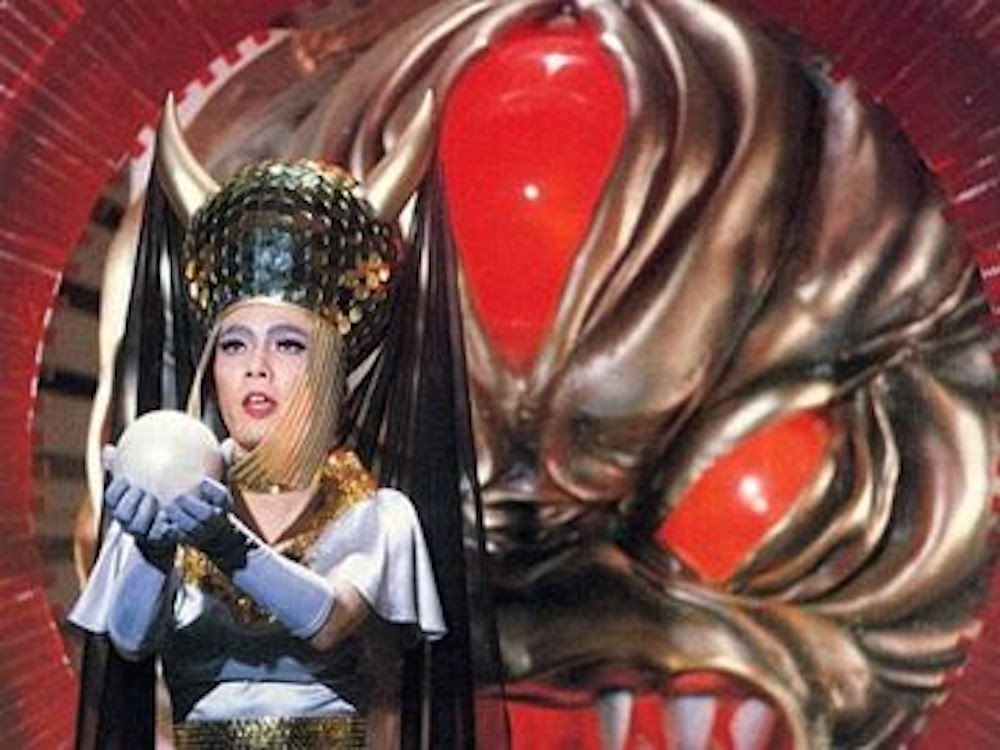 Now we’re pretty sure not everyone knows this. Priest Poe is actually the 15,000 year old transvestite grandson of Emperor Kubilai (more commonly known locally as Fuuma Ley-ar). Yes, the lady who made the line “Time spacewarp, ngayon din!” a catch phrase for an entire generation is actually a man. This guy is actually so twisted that to keep his youthful and lady-like appearance he drinks an elixir made from young girls and Emperor Kubilai’s energy every 500 years. 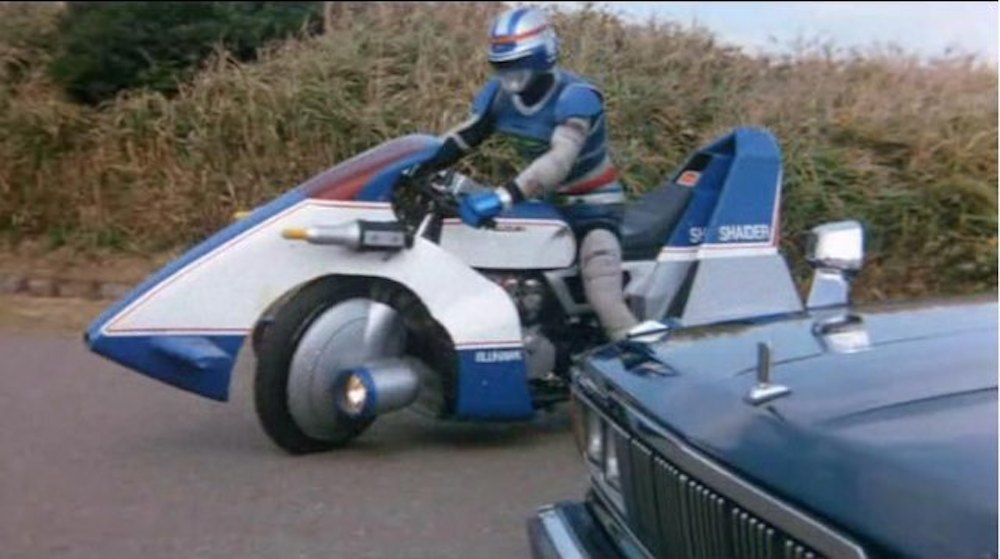 Yes, product placements were already happening as early as the 80’s, hehe. The Blue Hawk is Shaider’s Suzuki motorcycle which allows him to enter the dimension of the enemy. The bike shoots lasers and fires missiles making it more than just an inter-dimension transportation vehicle. 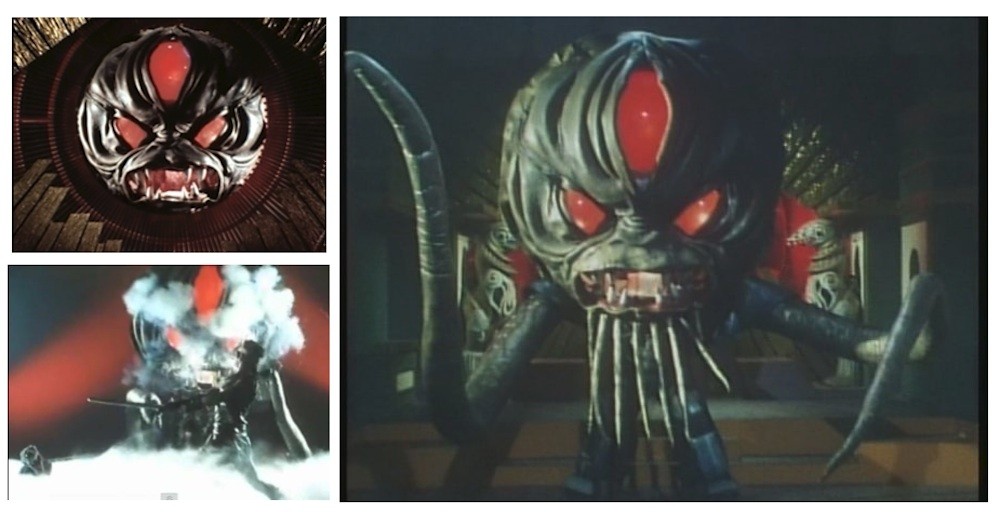 The main villain of the story! Kubilai was actually more than just a head mounted on a wall. He used to be the three-eyed ruler of the Mu Empire. Think of him as an intergalactic warlord of sorts. And yes, he used to have a body which even had snake arms (ooohhhh). For the duration of the TV series Fuuma was actually waiting for the construction of a robot body for him to be finished. However his plan was ultimately foiled when Shaider found out about it which set the two up for one final epic flash.

And of course we saved the best for last. Locally he’s known as Alexis but the real name of Shaider’s character is actually Dai Sawamura. He’s actually quite young when he first donned the metallic armor of Shaider. While studying archaeology in Peru for college, he deciphers figures from the Nazca Plain. The Galactic Union Police takes notice and then recruits and trains him to be the next Space Sheriff. Why the name Shaider? It’s actually in memory of the ancient warrior of defeated Emperor Kubilai more than 10,000 years ago.

And that’s a wrap for this article! To those who grew up with Shaider we hope this article brought back a lot of memories. Hopefully the movie later this year will do justice to the one and only Space Sheriff!

Click here to watch the promotional trailer for Space Sheriff: Next Generation

- Advertisement -
Previous articleShaider Comeback on the Big Screen Imminent with Space Sheriff: Next Generation
Next articleHeroes of the Storm Alpha Testing Report 01: Fun, Fandom, and Frustrating