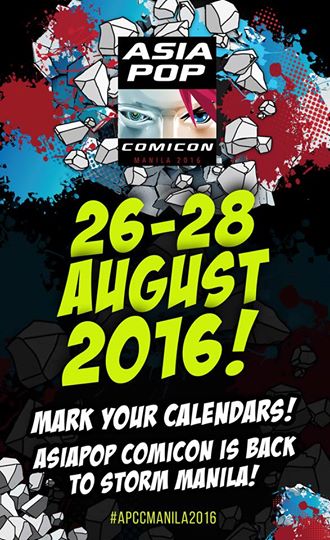 Set your calendars and dates, Geeks, Collectors, Cosplayers, and Hobbyists! The great folks of Asia Pop Comic Con Manila have made the announcement everyone has been waiting for, as APCC Manila 2016 has officially been dated for August 26, 27, and 28th this year! 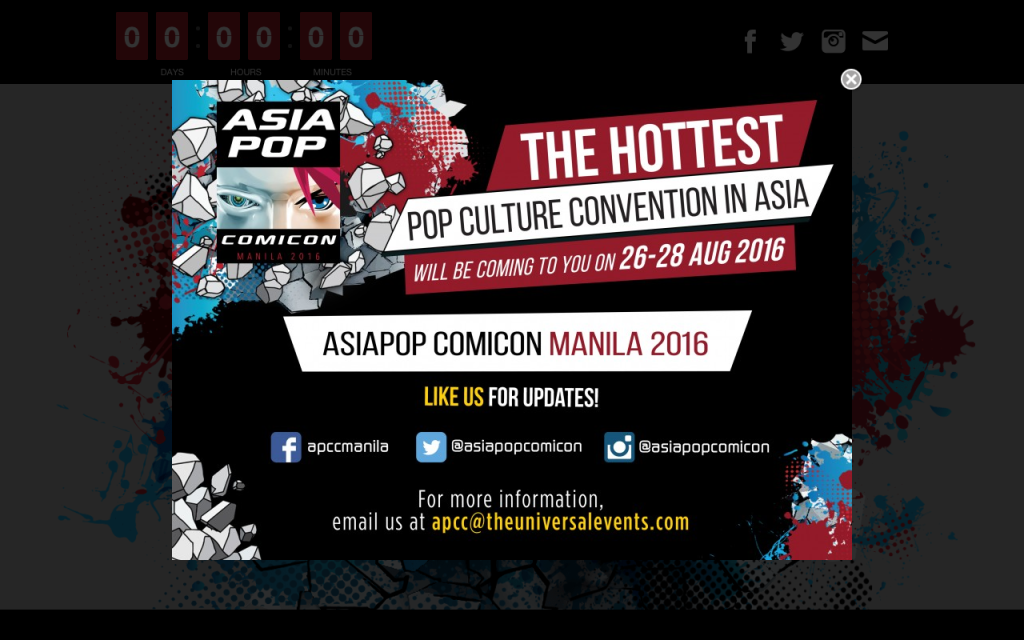 The word comes straight from the official APCC Manila website, Facebook page, and confirmed Reimaru Files. This will be the second Asia Pop Comicon to be set in Metro Manila, with the first happening last year on September 17-20 and featuring celebrity guests such as Paul Bettany (Avengers: Age of Ultron), Colton Haynes (Arrow), Nathalie Emmanuel (Game of Thrones), and even Cosplay, Artists, and YouTube stars such as VampyBitMe, Alodia Gosiengfiao, Strawburry17, and more!

Who exactly will be coming to APCC Manila 2016 is anyone’s guess… But it will definitely be the kind of place geek and popculture enthusiast will go to! Just check out this highlight video of APCC Manila 2015 c/o Reimaru Files!

- Advertisement -
And there it is! Stay tuned for updates on Asia Pop Comicon Manila 2016!
- Advertisement -
Previous article
The Truth is Out There AGAIN with the Revival of X-FILES
Next article
Brand new Suicide Squad Trailer and poster released