Ludo begins the Mega-Game Craze with WATCH THE SKIES! 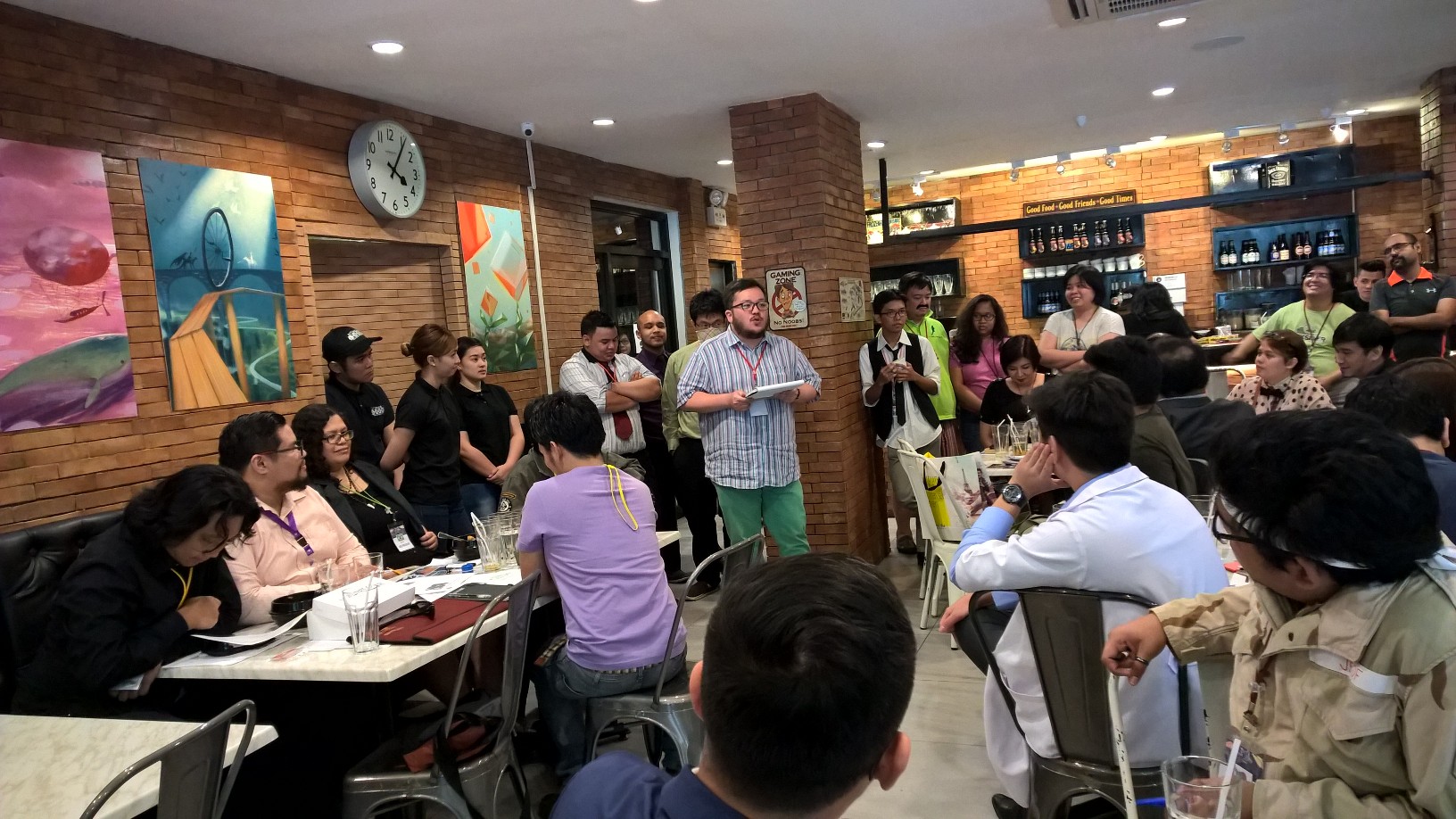 Last month, Ungeek got the opportunity to join Ludo’s Watch the Skies! A Mega-game of Alien Terror and boy was it EPIC! It’s a massive game involving a big crowd of about 50 people who were divided into teams. Some teams represented countries, others the media group, and of course the ever elusive and secretive aliens. Here, I want to give you a quick overview of how the game works.

So what IS Watch the Skies? It’s a mega-game where MULTIPLE GROUPS are involved playing a singular game. These groups belong to one of 4 categories. First, you have your COUNTRIES. A single group can represent a Country like USA, Germany, France, Japan, etc. Each of these groups have their own objectives (which is usually different per playthrough). Second, we have the ALIENS. Think of them as another country BUT they have a totally separate play area. Take note though, this doesn’t automatically mean that ALIENS are bad. Their objective doesn’t necessarily involve the destruction of the human race but the mechanics of their gameplay have slight differences (more on that later). Third, you have the GNN. This is your News Team. While they may not be a country, this group carries a TON of influence. What they say a certain country could affect the resources a country gets. They go around doing interviews and capturing stories as the game goes as well as release a Newspaper issue at the end of every round! Lastly, you have the CONTROL GROUP. This group is basically your GMs / Game Masters. They run the show, tell the story, and guide everyone along the game.

Each person per Country has a role. You have your Heads-of-State who deal with politicking and negotiations with other leaders as well as resource management . You have your Generals who are the ONLY ONES to get to see the War Room where the Global Battles happen. They are in charge of that area and take care of how they maneuver their country’s forces. Next, you have the Diplomats. Every round, diplomats are meet with other diplomats in the United Nations Security Council to propose and enact policies that would affect all the countries. Like the War Room, only Diplomats are allowed in the UN and no one else. Lastly, you have your SCIENTISTS. These are the brains who meet with other scientists every round and try to do research to further the goals of the country. They are also involved in raising the Tech Tree of the country they represent. The US Scientists discovered a way to do Space Travel? BOOM! US SPACE TROOPS!

As you can see, EVERYONE has a role and is in-charge of a specific function. Let me describe to you how a round works ROUGHLY. Control team gives a certain direction or info to everyone (this does NOT always happen), Teams align, Resources are determined, and each person on the team goes off to fulfill their tasks – Generals go to the War Room, Diplomats to the UN, etc. It’s at this time where Leaders talk to other leaders or to the media. Negotiations and PR happens as well as on-the-fly planning. Meanwhile, battles happen in the War Room (the aliens take part of the battles as well) as Scientists try to make breakthroughs and the UN try to make policies that could very well be game changing for everyone. After a while, the round ends and everyone goes back to their tables. There’s sort of like a MEDIA PHASE where a country or even the aliens get to take center stage and address everyone as part of a Press Conference. The GNN releases their newspaper to everyone and we move on to the next round.

The whole game plays for around 8 hours but, believe me, those 8 hours are INTENSE. There is a lot of time-sensitive tasks to be done and everyone follows the schedule. For those of you who feel daunted by the 8-hour duration, do note that it IS a Mega-Game and the long playtime is totally justified with the overall epic experience this game gives.

Okay. So I want to comment on one thing. I observed a very awesome thing with that particular Watch The Skies game – while everyone had a particular objective, people preserved the whole thematic of the game. Majority, if not all, of the participants in the game did exactly what they believed they would do in real life if placed in the particular scenario that the game was putting them in. Personally, I was just an observer to it all but, being able to see all the rooms and to witness the interactions players made with each other, I clearly saw that this was an AMAZING AND INTRICATE GAME. The level of detail with the interactions that players have to do was astounding. I saw alliances made, plans for treachery unfold, and negotiations happen AND break down. It truly WAS an awesome sight and I’m happy that the UnGeek Team was able to be there to witness and take part. 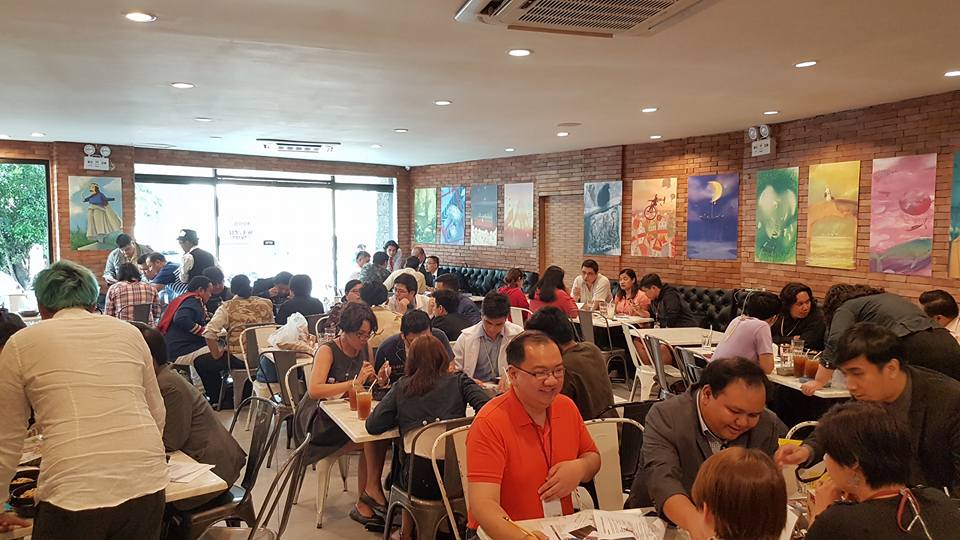 Ludo really made magic with this one as it was one of the biggest tabletop gaming experiences to ever be delivered locally. We got word that will not be Ludo’s last Watch the Skies event. In fact, Ludo will be holding PART 2 TOMORROW (June 19, 2016)! You can go here to check out details on it. According to Jay Mata of Ludo, this will also not be the last Mega-Game they will be doing as they seek to raise the bar on giving grand gaming events and experiences. All of us at UnGeek are definitely looking forward to what else they have in-store down the line and whether this becomes the newest trend in the gaming scene.