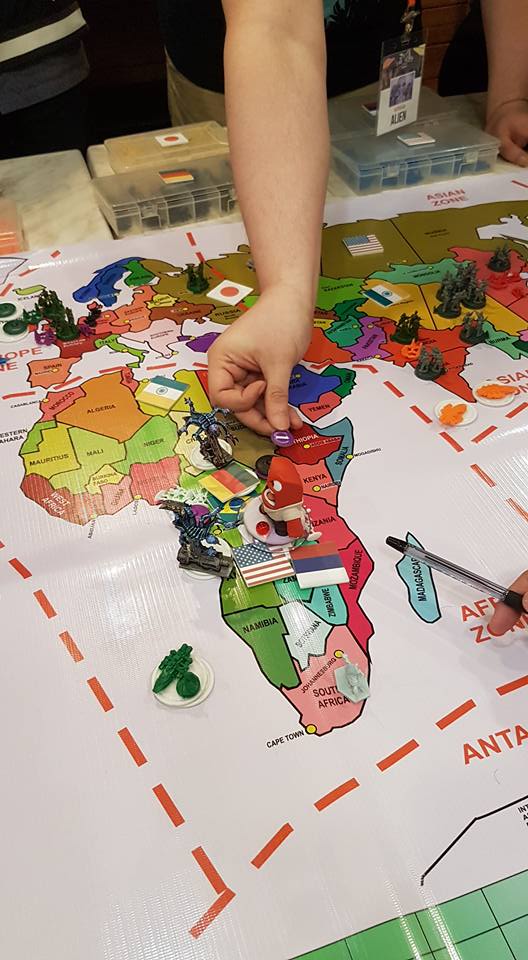 Last May 22, the world found out exactly what “Change is Coming” really is, well the world with more or less populated by 50 people role playing as various world leaders, media, and aliens at Ludo Board Game Bar and Bistro.

What am I talking about? I’m talking about Watch the Skies a Megagame of Alien Terror! Watch the Skies is social strategic role-playing game where different teams represent different countries and their respective governing bodies, a news network, and the alien factions themselves. Think of XCOM but with more political, social and diplomatic mechanics for the game. Heck there is even a model UN council.

The people I teamed up were some of the most awesome people in the game and in real life. Awie as The President our Boss, Martin as VP the one handling political negotiations, Pheelyp as Sec. of State our diplomat in the UN, Sam as Chief Scientist our egg-head, Ted as Head of Joint Chiefs who has direct control of all our military units and me Head of Special Forces I perform all clandestine operations.

Right off the bat, the start of the game was action packed. Some UFOs we’re chased or shot down, other factions were starting wars with other countries (accidentally), the spies doing covert ops, the Americans however we’re looking an alien spy who apparently dated the 1st daughter. we were quick to apprehend him on foreign soil as well as US forces blew up an alien base in Australia.

Almost half way in the game India breaks their silence as they  officially announce to the world that Aliens exist. I for one went for the charm offense as I sent out my agents to convert foreign agents to come over to our side. In China, their military experiments “went south” and started a zombie outbreak in one of their provinces. 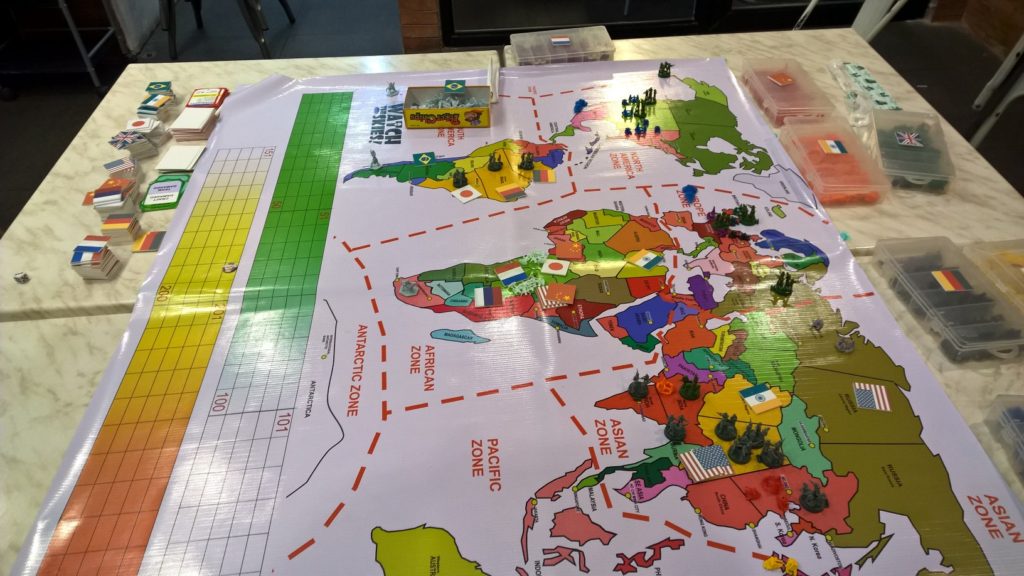 TEAM AMERICA intends to save these Chinese victims by creating a serum to cure the zombie virus however the Chinese have an anti-zombie weapon ready for deployment. A US agent was sent in to disable the weapon but ended  blowing up the entire Chinese Military Base (typical MURICA agent). Aliens later on aided the beleaguered Chinese citizens by providing them with the cure to the zombie epidemic beating the US and the other nations to it.

Elsewhere, aliens were conducting humanitarian missions, a Hulk-like creature runs rampant and rumors of a sea monster slumbers in Japan. Those rumors proved to be true when Berlin was decimated by an alien super weapon called the Leviathan! This prompted the UN to declare war on the alien menace.

As time was running out a massive invasion of North America began. An Alien EMP weapon was activated and caused a massive continental blackout throughout North America! As the end was nearing the Alien invaders issued an ultimatum; Surrender or be destroyed. Secretly our scientists were able to build a spaceship, aptly named the “USS FREEDOM!!!” using captured & salvaged UFOs.

Weighing in our options with the end nearing as the UN council discusses whether it will surrender or not, the American president gave the ok to launch the “USS FREEDOM!!!” crewed by the best, the brightest, the elites of the United States to take the fight to the alien moon base only to find out that the base was empty.

Apparently the aliens got word of our impending attack on their moon base and to make things worse majority of the world leaders have surrendered to the alien overlords.

As dawn rises and the dust settles, Earth is indeed a new world. Humanity will enter a new era under the scrupulous eyes of their alien overlords. Resistance fighters from various nationalities continue the good fight. Others mutated. Word has it that some countries have it better. Onboard the “USS FREEDOM!!!” they now call themselves the 1st citizens of the United Space of America going forward hopeful of one day finding a planet they could call MURICA! Now if only our Chief Scientist built us INDIVIDUAL Cryo-Chambers instead of this giant refrigerator… Hhhmmmmm… 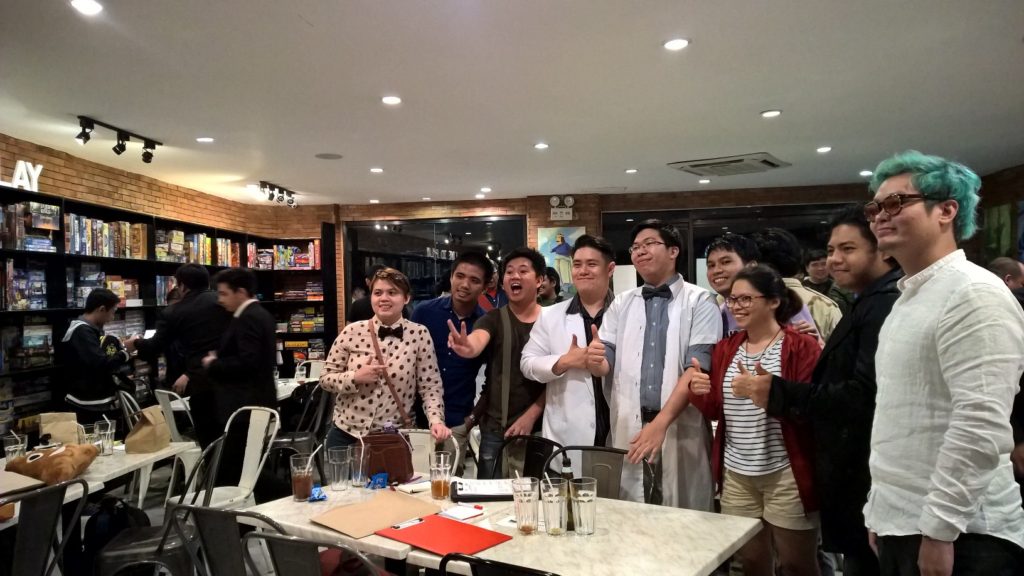 After all that’s been said and done, all I can say is THIS GAME IS STELLAR AND AN EPIC EXPERIENCE. I highly recommend it due to its very entertaining role-play and social strategic aspect. There was a bit of confusion from the start which is anticipated considering this was the 1st Watch the Skies Mega-Game event in the Philippines, however everyone quickly got the hang of it as they started to go after their game and/or personal objectives with enthusiasm. This game is a smorgasbord of various geek references and entertainment from aliens to zombies to giant monster, to who knows what else.

It really pays off to be very imaginative and creative playing this game. I find the 15 minute strategize period at the start of a turn to be too short. I cannot say enough good things about this experience. Ludo, and their staff did a splendid job. The players we’re all into it having fun & making new friends. Ludo Board Game Bar & Bistro promises to continue providing events such as this in the future and I for one cannot wait to try out the alien faction. I just hope next time Japan builds a Gundam… 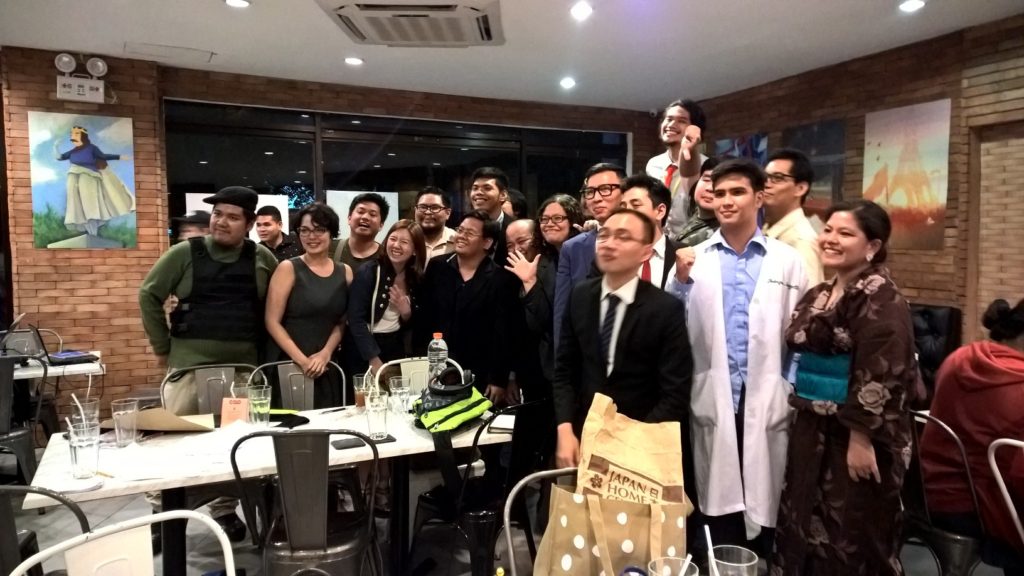 That’s my perspective! We also have another article showing the Game’s Overview and another showing the perspective of someone as a Head-of-State. I recommend you check those out.

Also, tomorrow (June 19, 2016) is the SECOND WATCH THE SKIES Event of Ludo! If you’re interested, you should check the link out! I suggest that you also keep an eye out because I hear that Ludo will continue to cook up more Mega-Game events. So keep it here for more news on that. 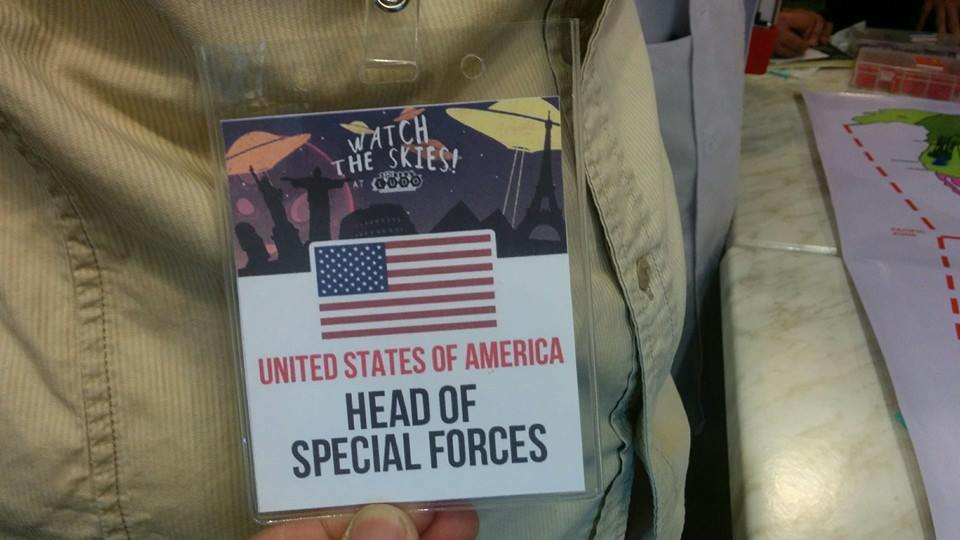 For now, this is your US Head of Special Forces cutting transmission…