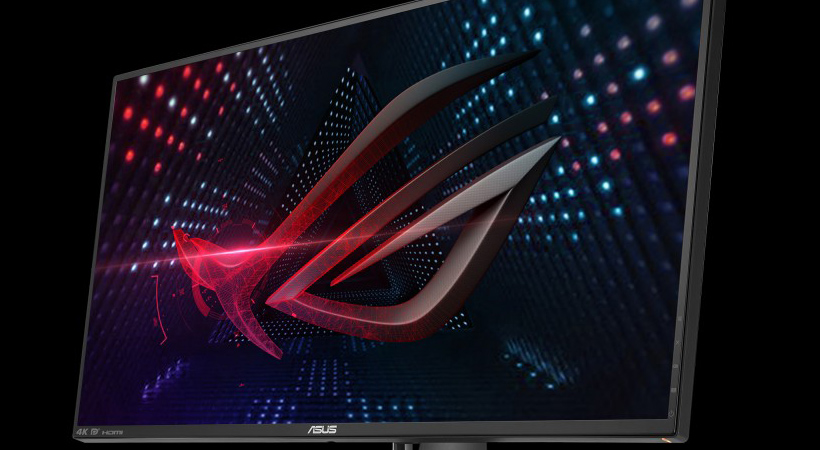 I hate you, Asus! After lending over a MASSIVE 4k UHD monitor, how can I ever go back to my puny 1080p? HOW?

The answer? By also sending an Asus ROG Strix RX 480 to power it, which you can read up here. So, I love you again, Asus! :3 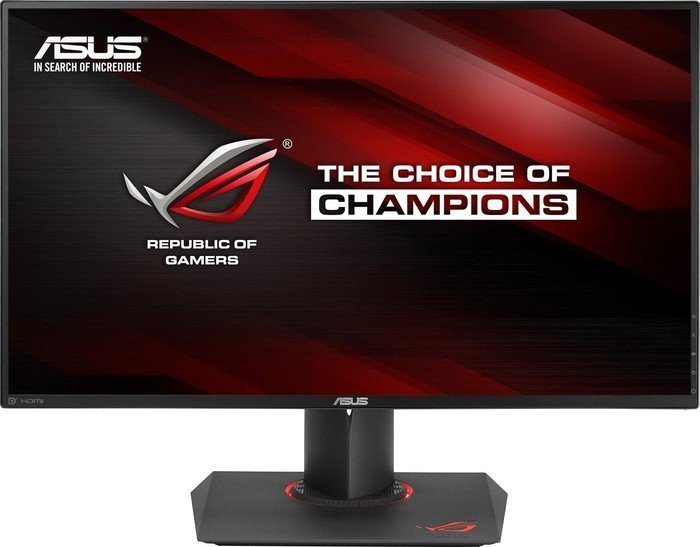 The Asus Swift PG27AQ (stylized as PG27A on its box) is the big kahuna, the bees knees, the cheese sandwich, or at least one of the big three monitors Asus is offering in the Philippine market.

The Asus Swift PG27AQ is a 27” 4k UHD that boasts of being an IPS and G-sync ready. IPS stands for In-Plane Switching, which basically means that it’s colors are consistent regardless of viewing angle. It’s also has a better color representation versus typical TN panels. Speaking of TN, this monitor is actually quite impressive for its 4ms GtG response time. Typical IPS monitors would have response times for 5-10, so 4ms is decent response time.

It also has a G-Sync chip built in that works well with Nvidia cards to allow a smooth and tearing-free gaming experience. 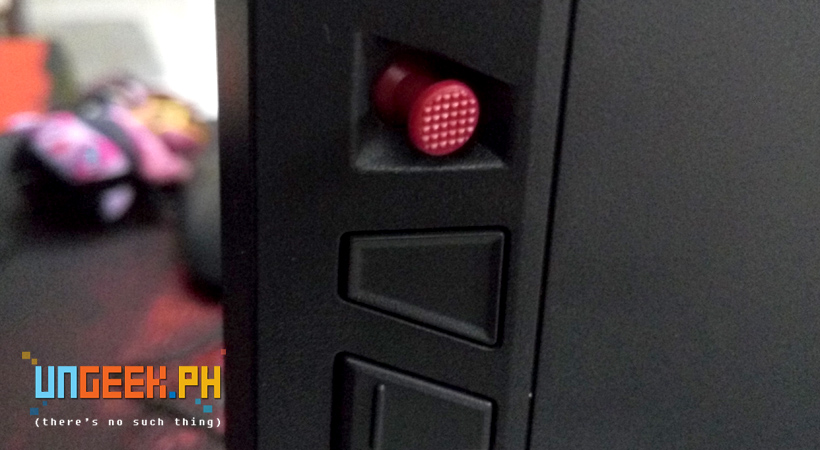 The monitor also features a really need joystick-like node to allow easy navigation of the monitor’s OSD (on-screen display menu), which has the typical functionalities but also includes a few gaming presets. Though personally, I prefer setting them myself as each has their own preference. (Editor’s note: We suggest going through the color presets and setting the color tones yourselves for optimal enjoyment)

The monitor can also be pivoted 45 degrees, while the base features the traditional ROG red lighting and design. 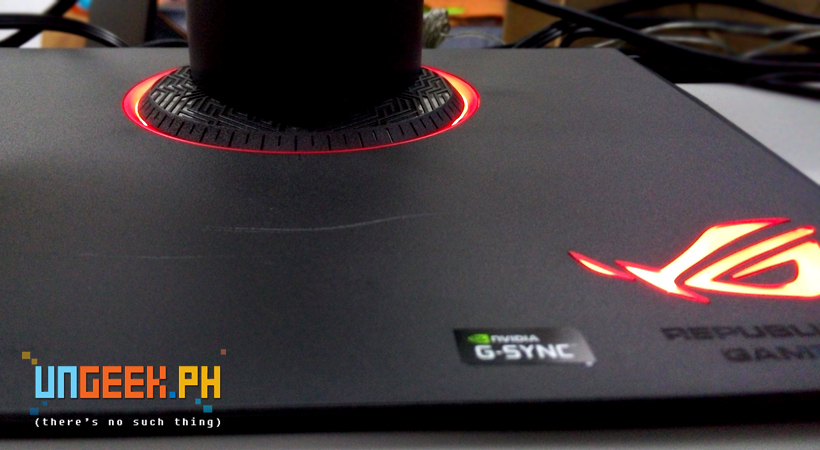 This allows you to angle the monitors for optimum viewing pleasure. Or, you know, if you’re rich and crazy enough, get 3 monitors and connect them all together for crazy visual overload!

But let’s be honest. At 60hz, you wouldn’t play League of Legends or Overwatch on this (or I mean, you can, but that’s not why you want this).

You want this to play GTA V, Witcher 3, Crysis 3, and the newly released Deus Ex: Mankind Divided on the absolute best settings money can buy. You can literally stick your face an inch from the monitor and you still can’t see a damn pixel. (Trust me, I tried. Also, I do not recommend gaming 1 inch away from your monitor, brb buying Visine @.@).

It is incredible, seeing and playing with a 4k monitor in the flesh. No amount of youtube videos and reviews will every do it justice. So if you want to experience it for yourself, go to Asus’s ROG store at SM Megamall or Trinoma. My experience with a 4k monitor is a fortunate, yet bittersweet endeavor. Bittersweet, because while I was able to toy around with it for a few days, I lacked a powerful PC to really exploit its features to the maximum. 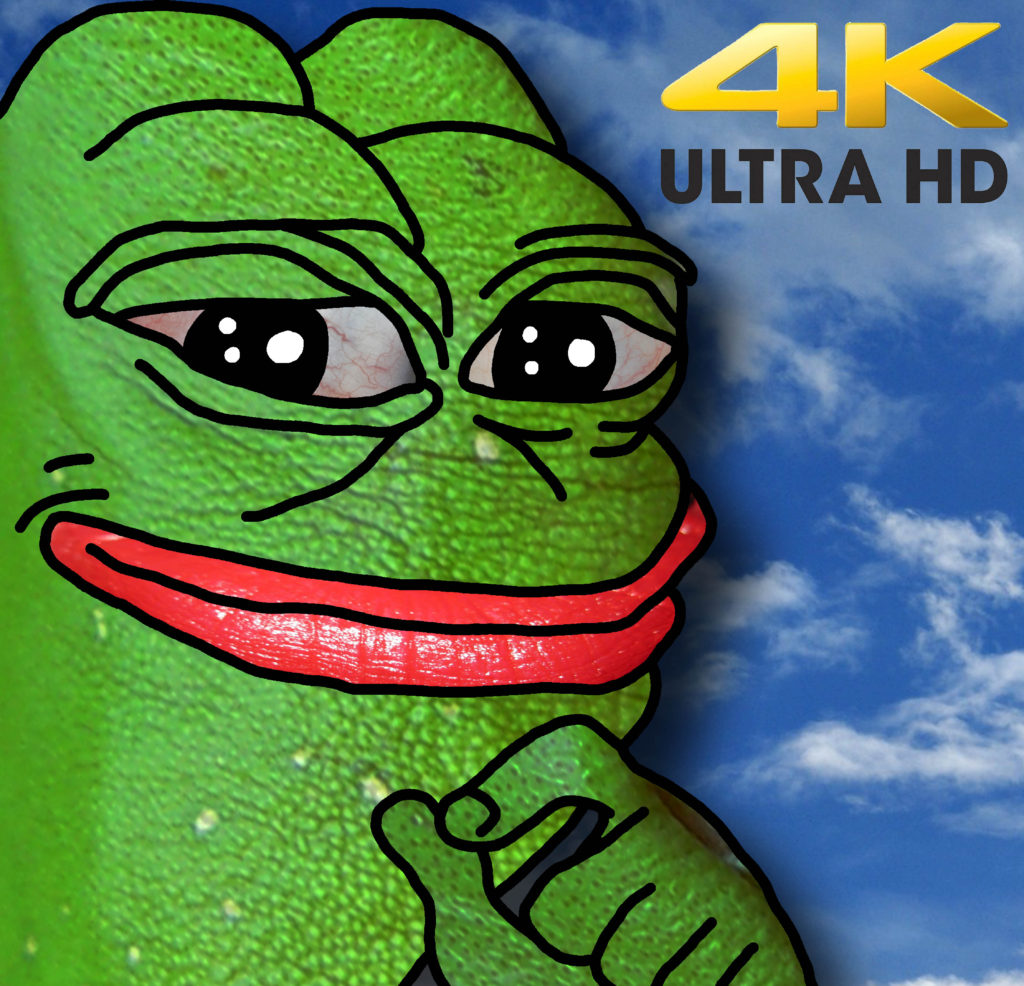 So a word of warning for those interested in a 4k monitor – be sure your PC can handle it. Right now, the strongest contender for a 4k@60hz card is the GTX 1080.

My only real criticism of this is the relatively small size. 27″ isn’t big enough, in my opinion, to fully utilize the potential of a 4k monitor. It’s still a tad too small. If they make this into a 32″ monitor, then that’d be great. Otherwise, this is a great option for a 4k monitor if you have limited table space. Nonetheless, the Asus PG27AQ is a great option for a 4k monitor. It has all the bells and whistles you’d expect from an ROG-branded product, and the build quality is extremely good.

The Asus PG27AQ is available at the ROG store at Php 55,200. But you may be able to get it at a much lower rate if you scout some computer shops at Gilmore. Best to check there as well.