Cult of the New | Pandemic Iberia Detailed Review and Impressions 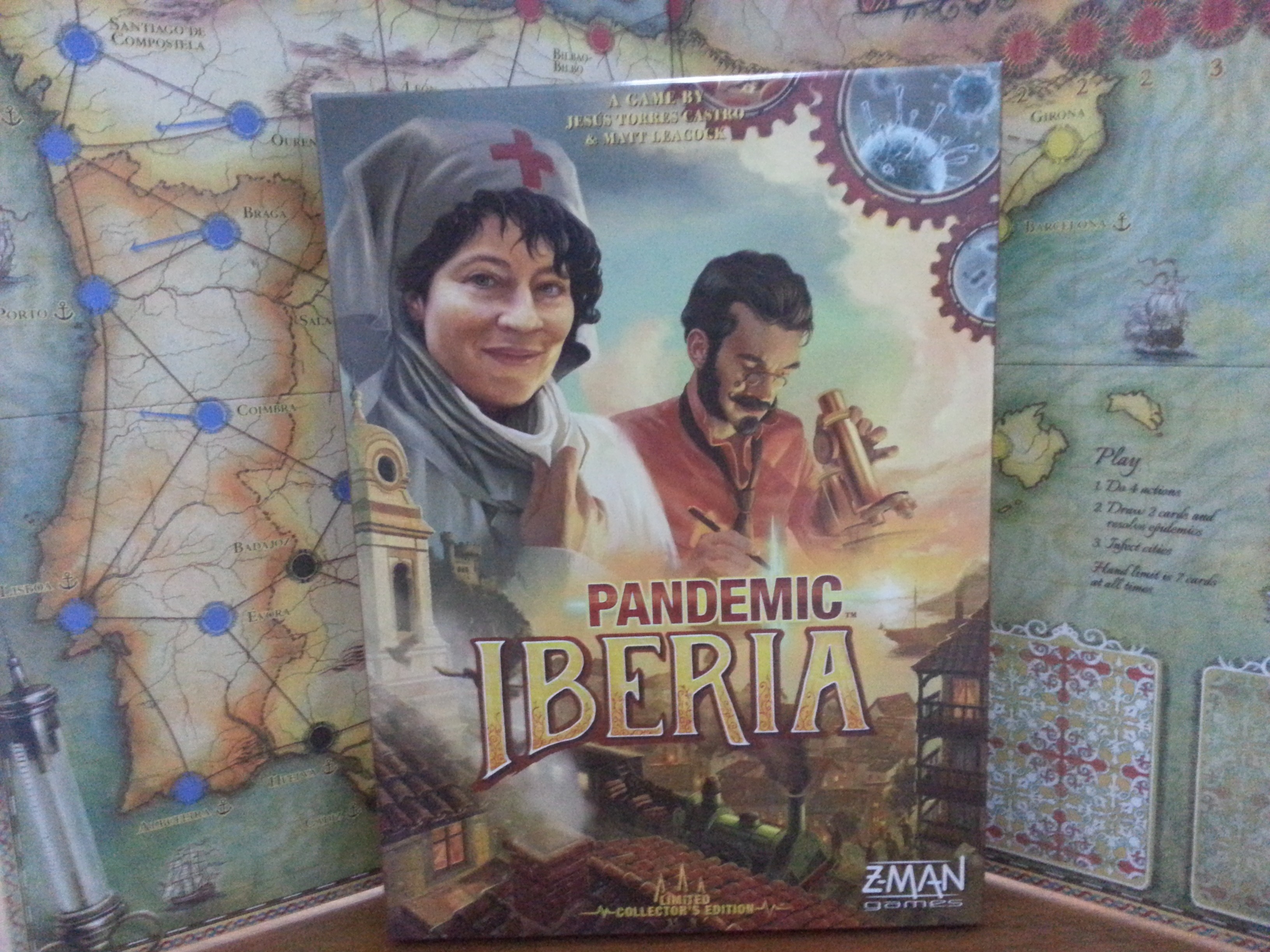 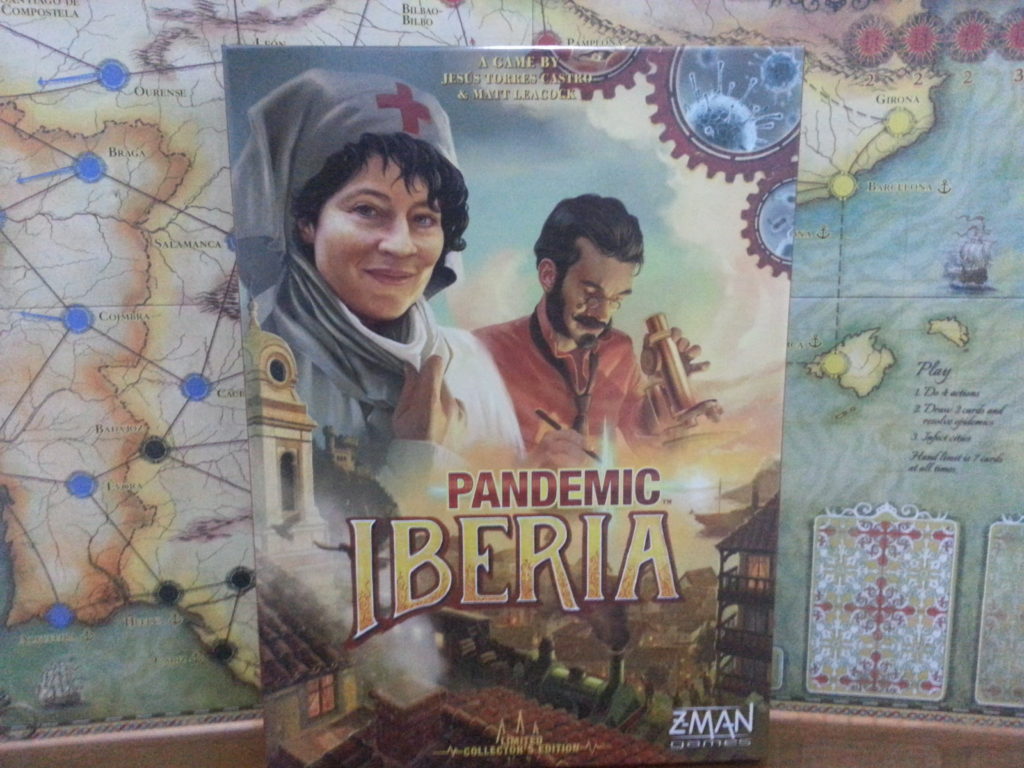 It seems that the Pandemic series of games are on a chain-reaction this year! It started with Pandemic: Reign of Cthulhu last August and now, history buffs and coop-fans are in for a treat as the next installment to the beloved franchise goes a bit old-school… The mid-19th Century time in the Iberian Peninsula to be specific! 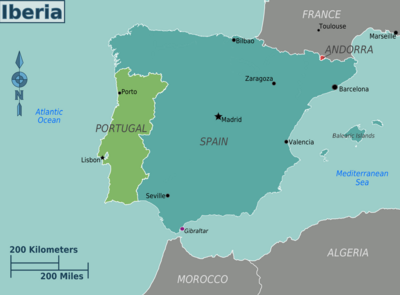 Pandemic Iberia (and, kids, bear with me for a bit) as mentioned above, is set in the Iberian Peninsula. The peninsula is divided between Portugal and Spain and is the third largest European peninsula, after the Scandinavian and Balkan peninsulas. Take a look at the gorgeous board below: 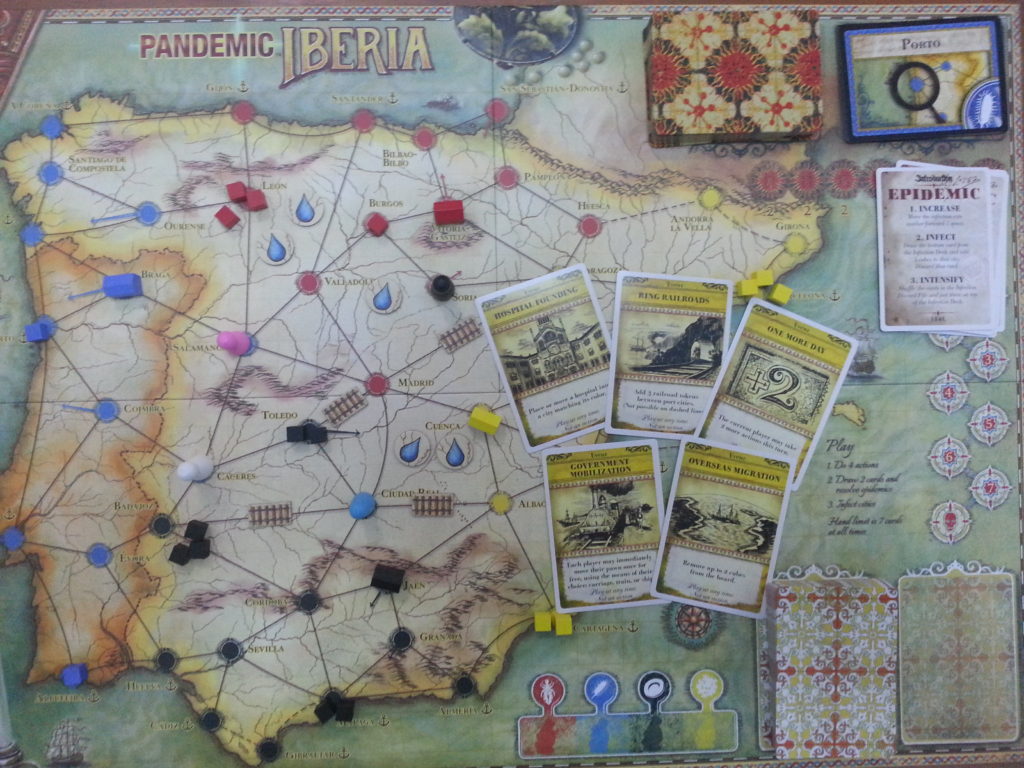 As you might have noticed, the map shows circles that depicts key cities and ports (edges of the peninsula with the anchor symbol) where players can move through, as noted by straight or broken lines. 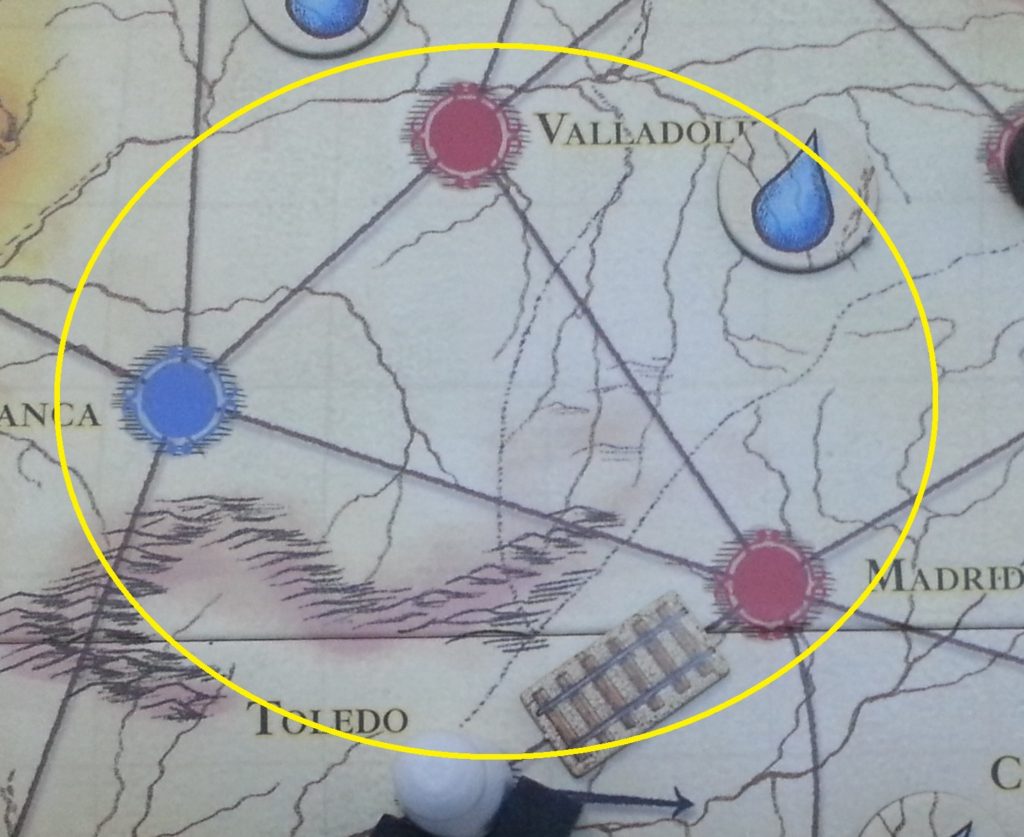 Regions on the other hand are areas on the board enclosed by a those lines, so in the example above – Valladolid, Salamanca, and Madrid triangulate to form one region. Take note of this as these are the areas where you will put purification tokens (more on this later). 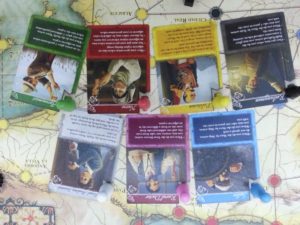 In this game (insert movie trailer narrator voice here), you and up to 5 players are a part of The Second Royal Philanthropic Expedition where you embark on a journey to discover and treat the 4 major diseases that plague the area, in hopes to gather enough research to control the spread and eventually save mankind and (what else?) THE WORLD, of course! And here I thought you did that a couple of times already…

The tried-and-true, bread-and-butter fundamental mechanics of Pandemic are still present here in Iberia. For those trying this type of game out for the first time, it is is a fully-cooperative, action-selection, set collection game where there is only 1 goal to winning… And that is to research all the 4 major diseases, accurately named and thematically-colored this time by the way!

Black = Malaria – a disease that when not treated, can lead to Blackwater fever

Like in previous versions of Pandemic, there are also multiple ways to lose! And this game is no exception! 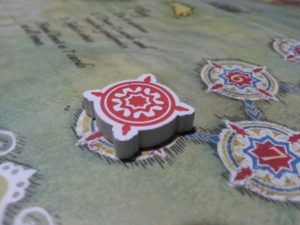 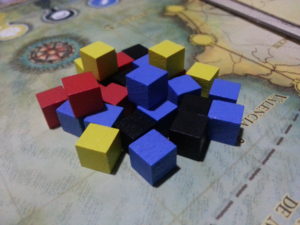 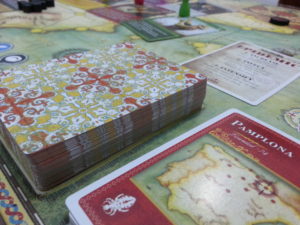 You with me so far? Good! Let’s now move on to how the game actually plays out in a turn! To Pandemic veterans, it will feel all too familiar: 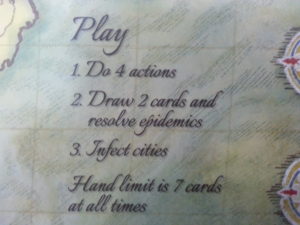 Do 4 actions:  In your turn, you can do up to 4 actions. We will all go through every action and how it plays out, noting the new ones as we go along. As usual, the same action can be repeated as many times as you want as long as you have enough actions or resources to perform it.

Here are the actions you can do in a turn: 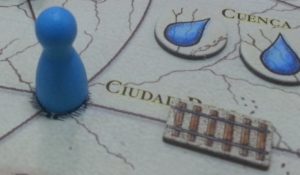 Another new action! And one of my favorites! To build a railroad, put a railroad token on a straight line (not dashed lines) coming out of your current city. This is a neat mechanic that rewards future planning in later turns, when you effectively make a railway system that makes moving a lot easier! Be careful though, as these tokens are finite (20 to be exact) and you cannot do the action once the supply is depleted, so decide carefully! 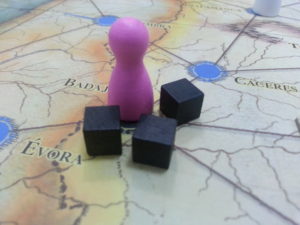 For one action, simply remove 1 disease cube on the board. Simple right? Sadly though since were playing in the 19th century, even though you have completed a research for a disease, you never really discover the cures for it… So these little buggers still stay on the board! But don’t you worry! Them old-timers can still find a way! (See Purify Water) 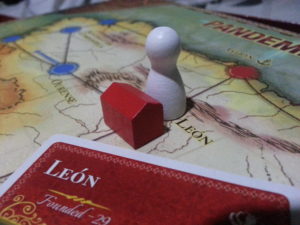 A somewhat familiar action, this replaces the build Research Station from the original Pandemic. To do this, you have to discard a city card matching your current city (as pictured above) to build a hospital of a matching color there. There is one hospital for each of the 4 colors so if you build a hospital with a color that is already on the board, simply move it from it’s current location to the city you are building in.

Hospitals are important as these are the only locations where you can RESEARCH A DISEASE bringing you one step closer to winning the game (as described below). 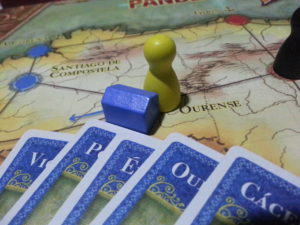 To research a disease you must be in a hospital and discard 5 city cards of a matching color. Though it does not fully cure or eradicate a disease. It can still help you Purify Water a bit easier (see below), and of course make you that much closer to winning! 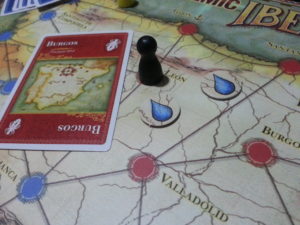 Another new action for the game! Remember the regions I mentioned earlier? Well you can place purification tokens in 1 of 2 ways:

Each purification token in a region prevents the addition of one disease cube. Simply put, when placing a cube in a city that has a purification token in that region, just remove that token instead. Like the Build Railroad action, this move rewards careful planning, especially during EPIDEMIC card effects. You’ll see why later.

This is simply giving or taking one card from a player that shares the same location as you! But always remember you can only send or receive a card that matches the city you both are in! And you can only have up to 7 cards. 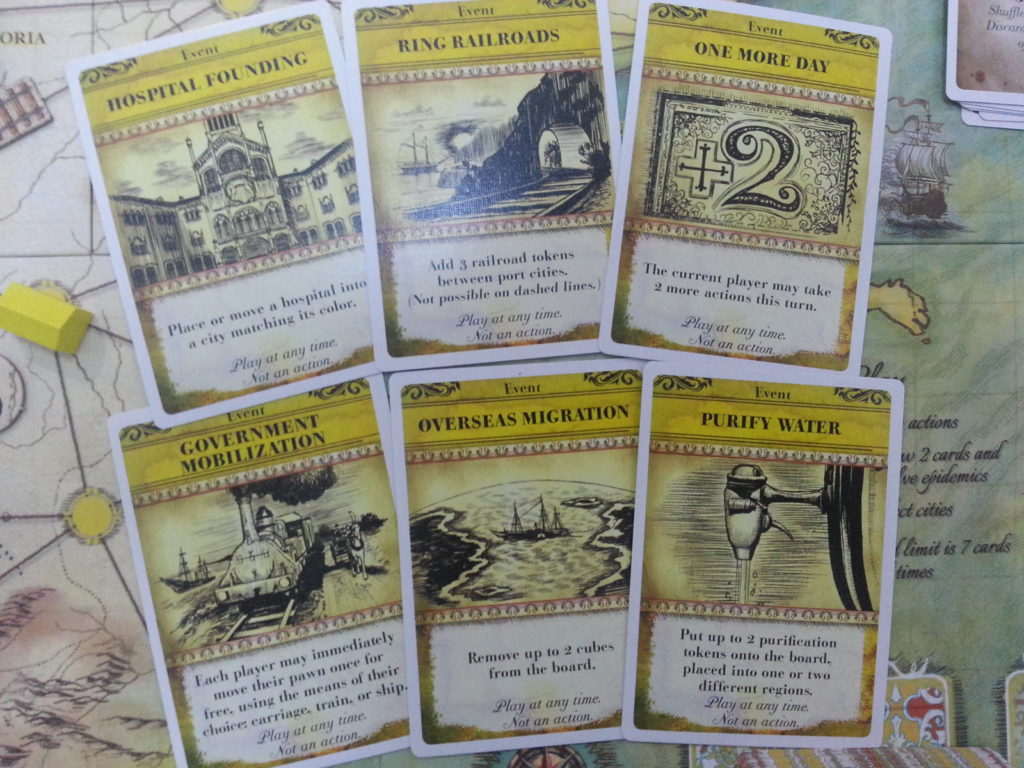 Free Actions that can be used anytime, even if it’s not your turn. These are very powerful cards that can often change the tide of a game in a pinch! I love that they have a bit of background history in the rule book. Adds a bit of flavor to the setting. 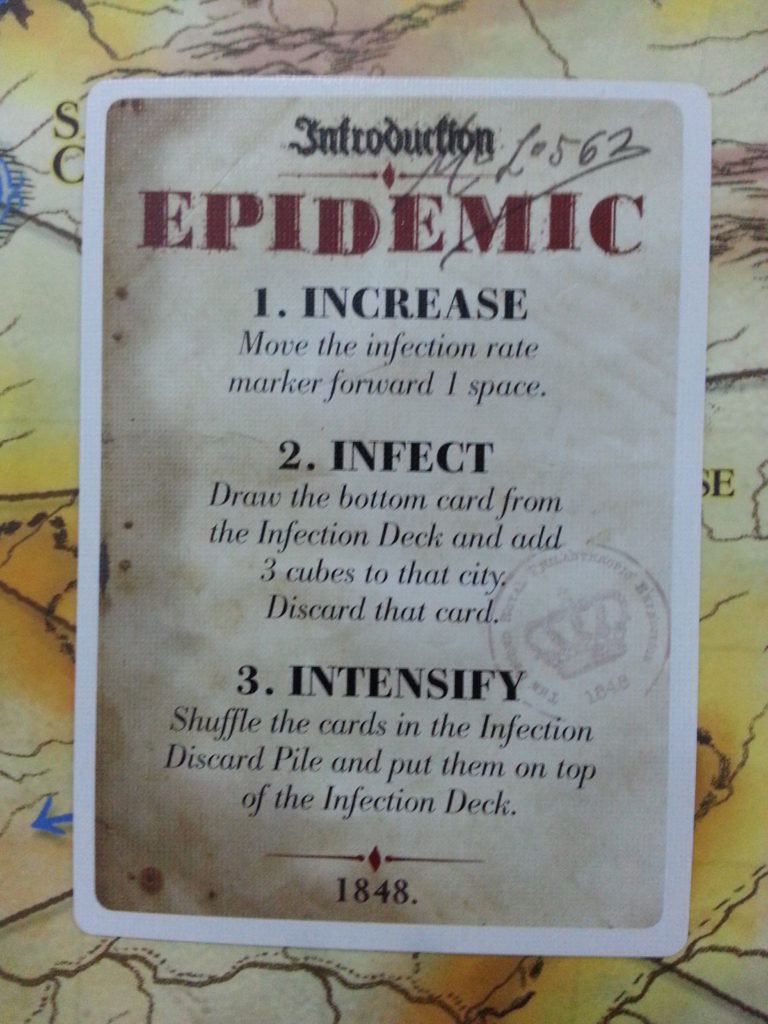 And those are the actions! To end your turn, simply draw 2 cards from the player deck, but be warned as you might draw Epidemic Cards! Yes they make a comeback and they are always bad news! Especially the Intensify step (3) where previous infection cards get a do-over. That’s why planning ahead (purifying and building railroads) is important. 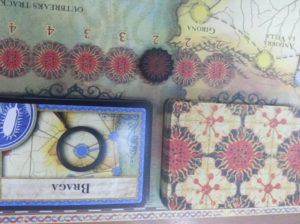 Draw cards from the infection deck equal to the value in the track and add 1 cube to the city indicated. This might cause Outbreaks and Chain Outbreaks (essentially adding more tokens to the board) when the disease cubes in a city goes beyond 3. Be wary of the board for outbreaks as they can end the game fast this way! 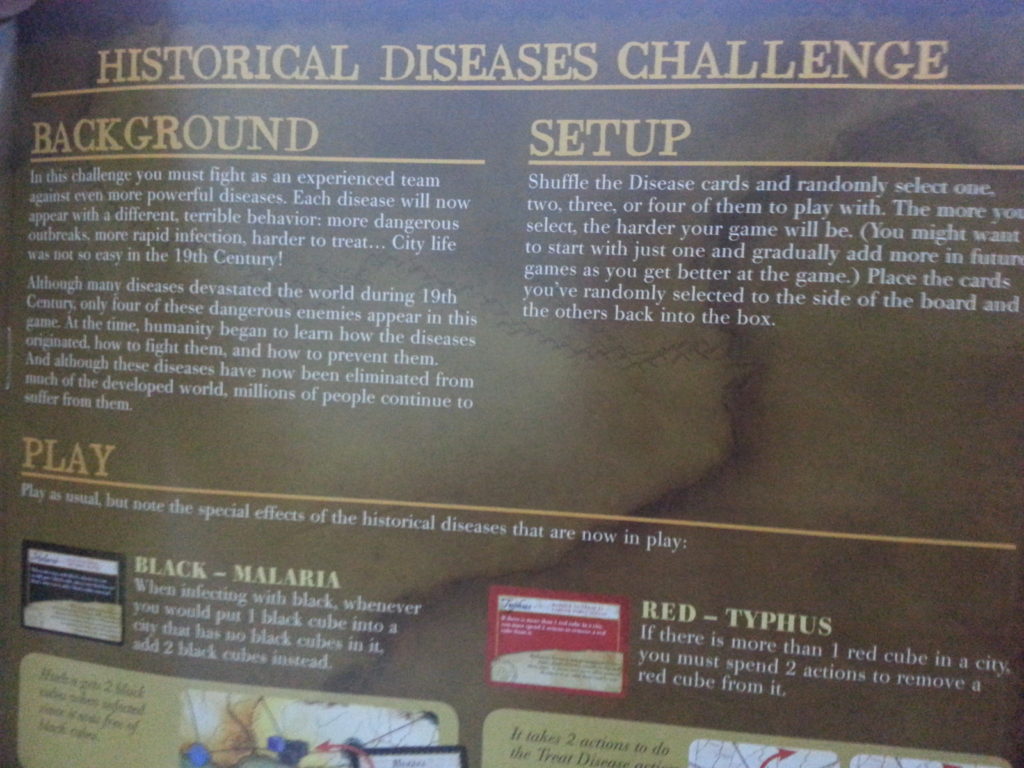 And there you have it! There are 2 variants included in the game that you can discover on your own once you’ve played the base rules. One variant adds a sense of urgency while the other one makes the diseases more distinct to one another. I’ll leave it to you to find that out for yourself. 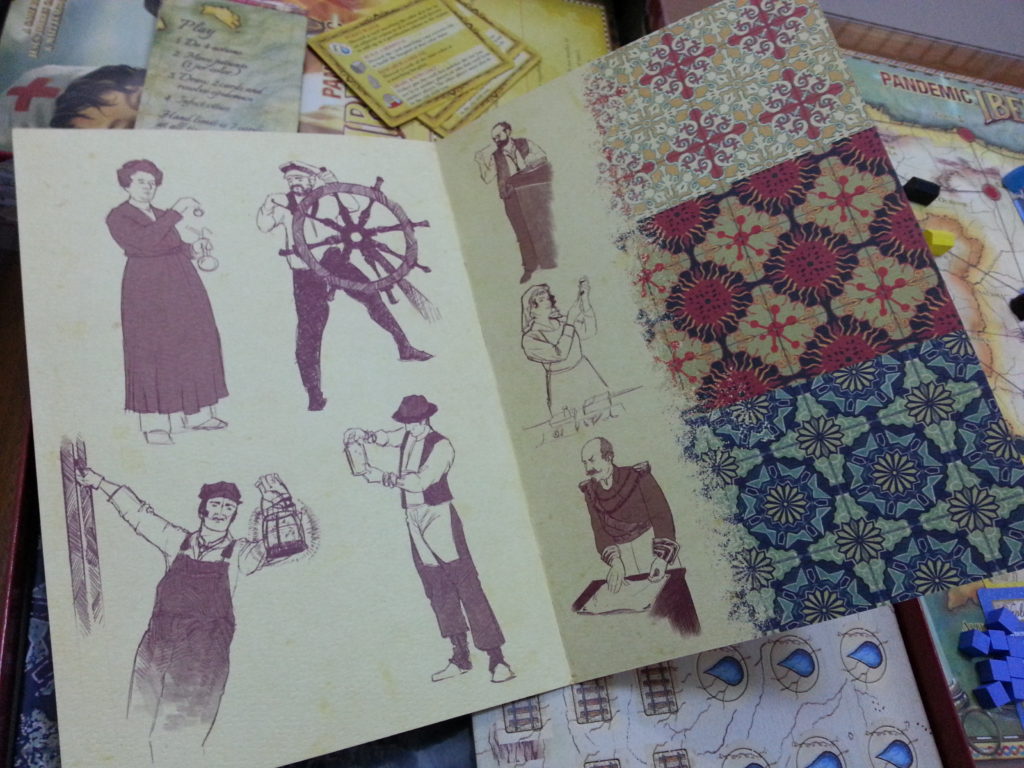 First let me say this… The game is pure eye-candy to me in terms of visual appeal. I love the art and the choice of colors used. This game is just that aesthetically pleasing! 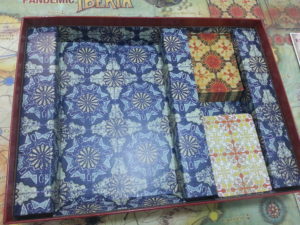 And they went the extra effort even to the card backs and insert. I mean just take a look! I kinda wished that more could be said for the other components like the cubes and pawns for it to have that complete “Limited collectors edition” feel to it, so that part was a miss to me. But hey, maybe they were aiming for ye olde and simplistic… I might pimp those components mentioned in the future though. 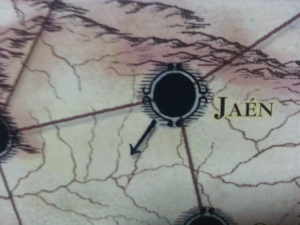 Another thing that I would like to point out, its that there are some symbols in the game that might confuse players. Specifically, in some city locations you might notice arrows pointing toward a region – They are not part of the actual gameplay but rather, they just point out the exact geographical location of the city. Maybe I’m being nit-picky but I think this a poor design choice made at the board. 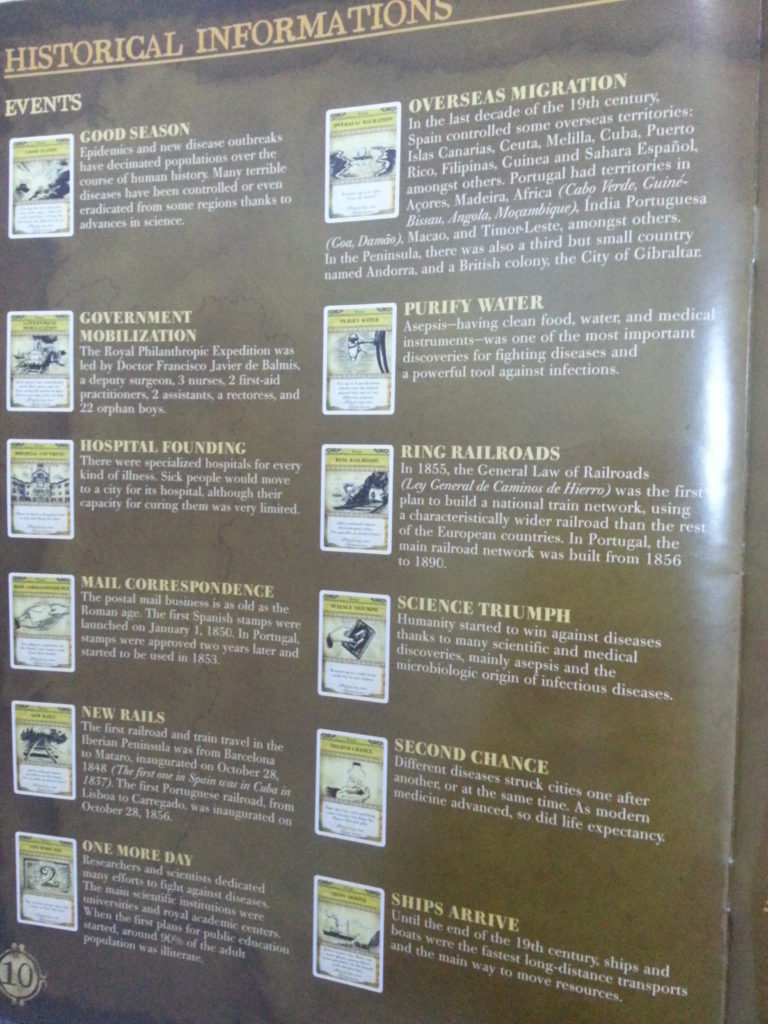 Second I LOVE the theme of this game! Even more so than the Pandemic Cthulhu version, though the reason might be is that because the Lovecraft style is way overused in boardgames. The subject featured is a breath of fresh air that does away with all the farming, steampunk, fantasy and space themes filling my shelf. It feels really grounded and at the same time, people can learn a lot of history just by reading the fluff in the manual.

Though appealing to me and those history aficionados out there, the theme can also be a turn-off to some, especially those who want to escape from reality. And I can understand that. 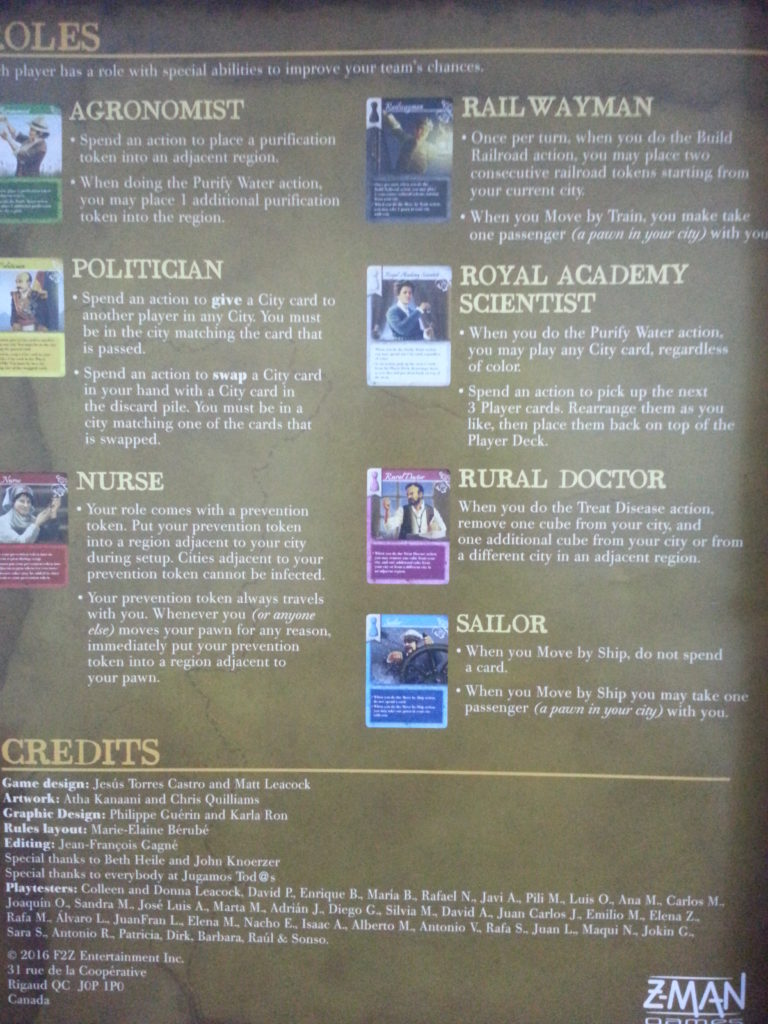 Gameplay-wise it’s still Pandemic, but those 2 new actions – Building Railroads and Purifying Water add a new layer of strategy and future planning that makes all the difference to me. The new roles are exciting at the same time give an old-school flavor to it, I especially like the Railwayman!

Oh and before I forget, much as I like the game it’s still HARD. Though I believe that a difficult coop is a mark of a good game.

Interested on getting the game in the Philippines? You can pre-order it NOW on GAMING LIBRARY. The game will be released here December 2, 2016. Better grab it quick since the game is on a single limited print-run which means when local stores run out of copies of the game, no more copies will ever be available.!

- Advertisement -
Previous article
Road Rage Galore! DEATH RACE 2050 is Back on the Circuit!
Next article
Popsicle Games Showed Us their Super Giant Robot of a Game And We Are Liking It!