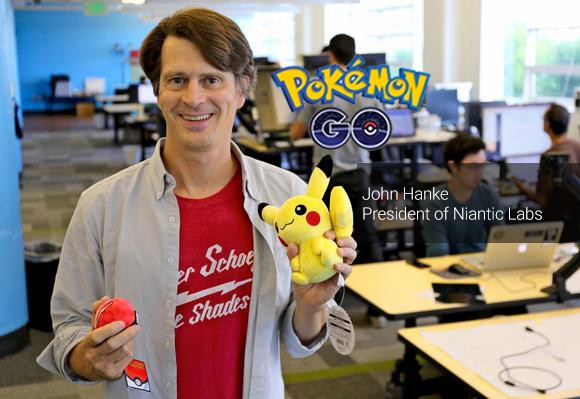 In the event post of the “Pokémon Fest: The 1st Philippine Pokémon Festival” (October 28 to 29), a rumor is currently circulating in the comment section that John Hanke, President of Niantic Labs, will be in the Philippines to attend the festival!

Globe has neither confirmed, nor denied this rumor.

Hmm… seems there is something here, especially with that comment (of Omar Tellez) tagging Jil Bausa- Go, who happens to be Globe Telecom’s VP of Content, who, in turn, replied by inviting everyone to “Come to the event and to find out!!”.

Catch all our big surprises at #GlobePokemonGo Fest: the first Philippine Pokémon Festival on October 28-29 at the Globe Iconic Store, BGC!

Gotta catch Pikachu & the Pokémon gang at the first-ever #GlobePokemonGo Fest in BGC this Friday! See ya! ⚡️

The Pokémon Fest will happen on October 28 to 29 at the Globe Iconic Store in Bonifacio Global City, Taguig. Organized by Globe Telecom, this is a free event and will be open to all Pokémon fans and game enthusiasts. The festival gates open at 6PM on Friday, October 28 and 11AM on Saturday, October 29.

As of now, Globe hasn’t shared a lot of details on what exactly will happen on the 28th and 29th but it very well could be a Halloween event given that Pokémon GO has an ongoing Halloween Patch.

What you think? Are the rumors true? If it is, what would you like to say to John Hanke?