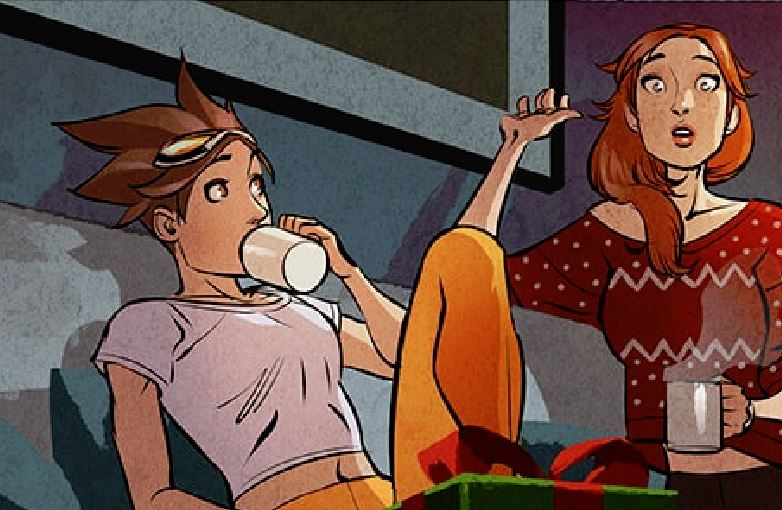 The Overwatch community has always toyed around the concept of the game having LGBT characters – the most famous of which was the couple PhaMercy (Pharah + Mercy). Of course, everyone knew that these were all just fanfics and thus unofficial. This is exactly why there was quite a reaction from the community when  Overwatch Lead Hero Designer Geoff Goodman confirmed in a Kotaku interview that there really WAS an LGBT character in the game who would be revealed soon.

Now, Overwatch just released their Holiday Webcomic entitled “Reflections” and we finally get to see that Tracer is officially lesbian (or bi).

This is a huge deal especially since Tracer is practically Blizzard’s main poster girl for the game. To reveal that she’s a lesbian is actually a great statement on Blizzard’s progressiveness and on the game’s diversity.

The main focus of the webcomic is definitely on Tracer and it shows her racing through the streets in a hurry. 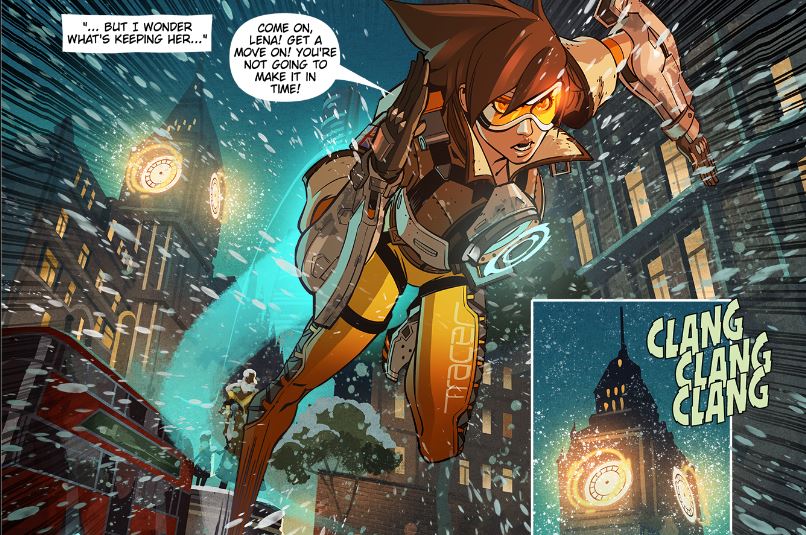 The short and quick of it is that she was rushing to buy a present but there were always other things that kept her from doing so. Apparently, even the heroes of Overwatch are subject to the stresses of last minute Christmas shopping. 😛 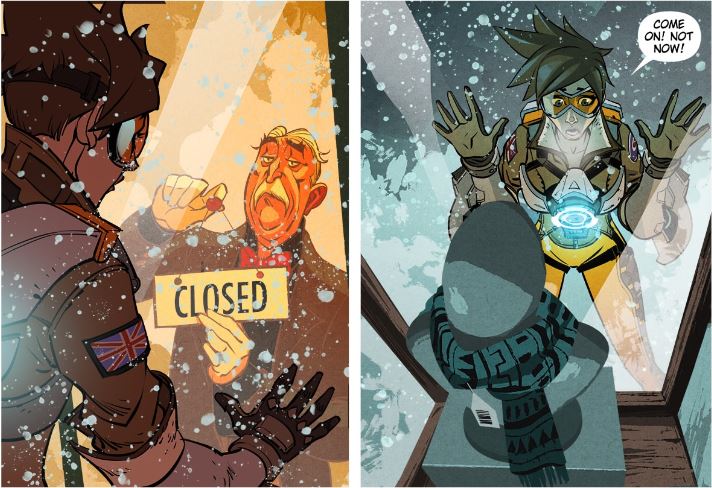 She eventually does get a gift for her bae and that’s when we’re treated to the big reveal of her relationship. 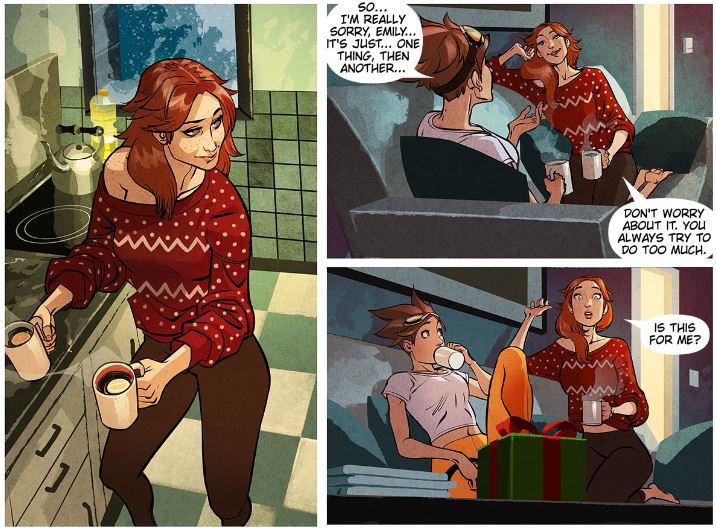 Beyond that huge reveal, there’s actually a lot more to the webcomic. There were heartwarming images of the rest of the Overwatch characters. Looking at it, you could almost hear the song “Silent Night” play as you take all the images in. 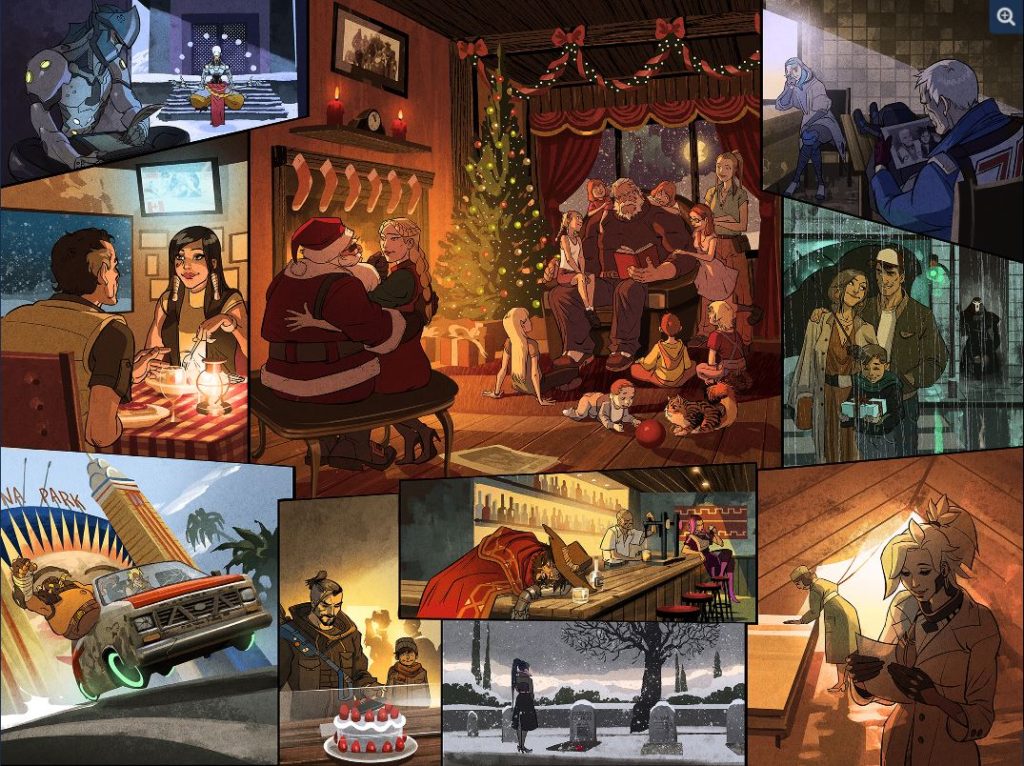 Santa Torbjorn and Reinhardt spend time with what seems to be family and friends. Reaper watches a happy family from afar. Widowmaker visits the grave of her beloved. Mercy continues her duties through the holidays… Like I said, if you play it in the theater of your mind and imagination, you could practically hear a song like Silent Night play as each frame comes into view. It’s quite nice and beautiful really. Also… is that McCree and Sombra in a bar??? Is this the beginning of a new ship – SomCree / McBra???

This holiday webcomic from Overwatch is really a nice way to just wrap up before Christmas Day begins. So what do you think of Tracer being outed as a gay character? What do you think of the Webcomic? Do you think Emily is just her lover or will she be revealed as an actual playable character? Give us your thoughts in the comments below! 🙂

- Advertisement -
Previous article
Win an ASUS Gift Pack! | UG Giveaway Day 6
Next article
‘Tis the Season to be Gaming! Enjoy up to 75% off on PlayStation Games at the PSN Holiday Sale!