Oh no! It seems 2016 really has no chill. In what is suppose to be a glorious day for Philippine cinema due to the surprisingly quality entries for this year’s MMFF, SM City Iloilo decided some will not share their cinema space for the day.

In a Facebook post of Saving Sally,  it seems that SM Iloilo will not be screening Saving Sally today and instead decided to keep Vice Ganda and Coco Martin’s Super Parental Guardians and Vic Sotto’s Enteng Kabisote and the Abangers. 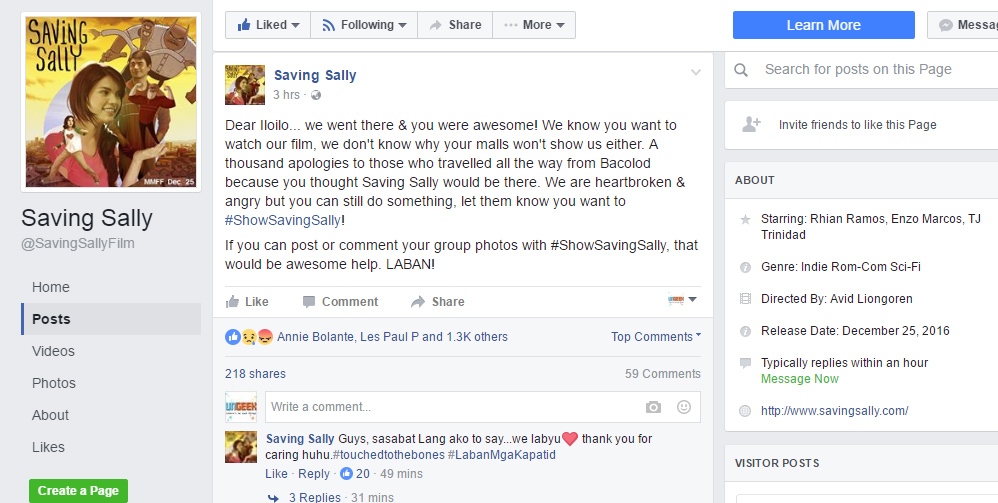 Suffice to say, people are mad! Fans that were waiting for the movies to show were very disappointed with the turn of events.

The MMFF has been a running joke for the type of films that they churn out year after year, most of them bringing nothing new to the table. What used to be a venue for Philippine cinema experimentation, exploration, and elevation has been turned into a yearly festival of highly commercial films that perpetuates the same tired jokes using the same set of actors and having the same discourse for the past, what, 20 years? All for the sake of more cash for less effort on creativity.

When the committee finally decided to go back the roots of Festival — of promoting world-class Philippine movies and giving them a proper venue to showcase such works– we were surprised that it would be met with quite a bit of opposition. From veteran producers of past MMFF franchise entries (Enteng, Mano Po) to naysayers wishing that this year’s MMFF won’t fare as much as it would before, there are those that would cast a dark cloud in this otherwise joyfully momentous occasion.

All we can hope for is that SM City Iloilo considers to give these budding films like Saving Sally and Sunday Beauty Queen (a look into the Filipino domestic helper’s life abroad) equal opportunity to make good in the box office. The MMFF is at a point that is unprecedented and now, rather than have the usual titles take all the Holiday Spotlight, these films that promises a higher level of quality have the chance to prove themselves.

I say, give them a chance and maybe it puts us to a better path with regard to the quality of Philippine Cinema.

As of 11:00pm on December 25th, it seems that SM City Iloilo gave way and will be showing Saving Sally on the 2nd MMFF day. There are still quite a number of cinemas that have not screened this flick, though. Check back at Saving Sally’s FB page for more info. 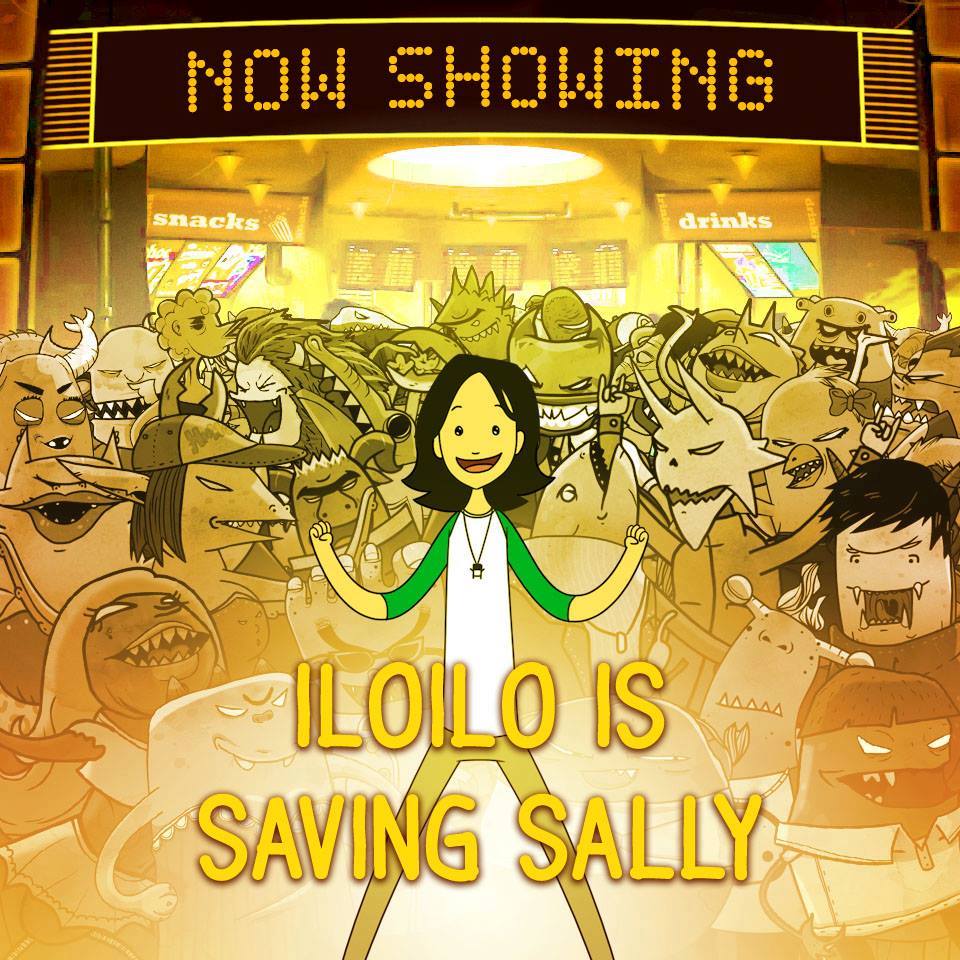