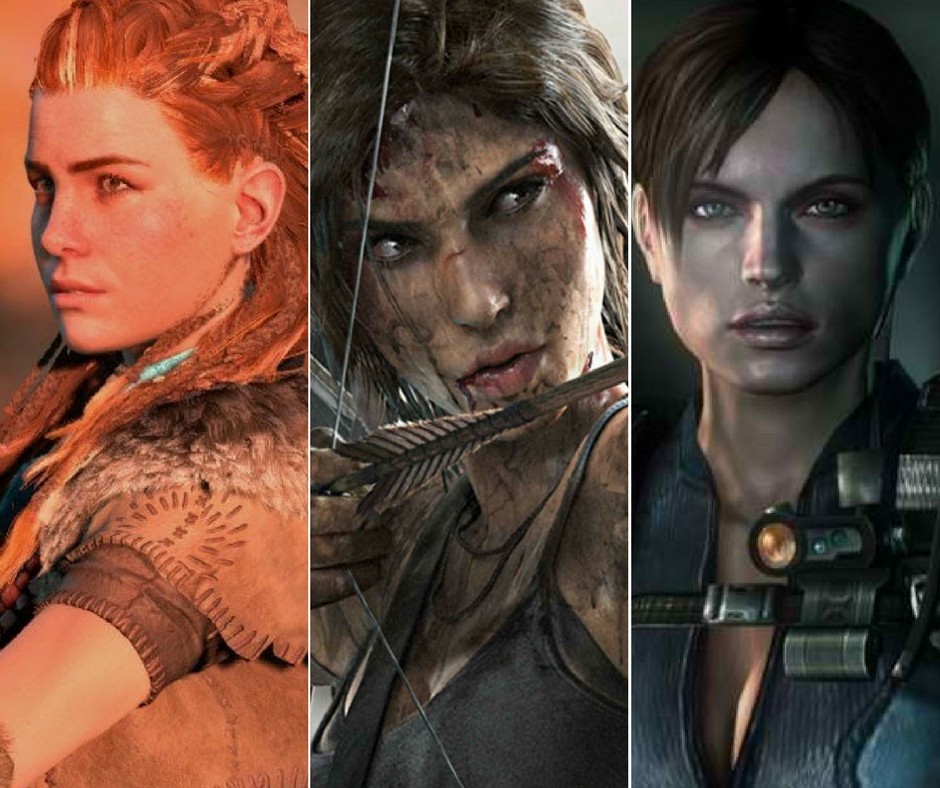 Females has continuously strived, debunked the stereotypes and has emerged as strong leaders everywhere, even in he world of video games. In today’s gaming world, a number of video game titles has already featured a woman protagonist. That is such huge indication that women can definitely kick some major butt—often even better the most men!

Definitely on the top of the list is Lara Croft.

Last year, marked the 20th anniversary of the Tomb Raider franchise, Lara Croft has showcased her kickass fighting skills and mountain, cave, or tomb was scary enough to deter her from getting what she wants!

Horizon Zero Dawn is an open-world action role-playing video game by Guerilla Games which was just a few weeks ago. The game lead is Aloy, who typifies the spirit of the strong modern woman. She makes climbing, fighting, and shooting arrows look easy breezy as she navigates through the post-apocalyptic world ruled by robots.

With her practical skills, we would not mind being led by her in any conquest!

Ellie (The Last of Us)

Ellie might just be 14, but her bravery and take charge mindset in several parts of the game left a good impression among gamers worldwide. She embodies the truth that even at a young age women are more mature than men.

With The Last of Us 2 set to be released soon, we are all wondering how much more her character develops.

Read the latest about The Last of Us, here.
.

Sure, the game has a bunch of other female characters, but Chie Santonaka (里中 千枝, Satonaka Chie) strongly personify the type of woman that does not conform to stereotypes.

Chie favors much of the kung-fu movies, a fan of good old steak, and carries herself much like one of the boys. Her confidence in being herself is part of her charm!

Part of the original Resident Evil game characters, in which Jill is a member of the U.S. special police unit STARS trapped in a mysterious mansion along with her team partner Chris Redfield.

Since the Resident Evil series’ early beginnings up to current editions, Jill is still there up and tough, ready to fight and blast zombies into mush. The rest of her team only wish they can keep up.

There are now many other female characters in the Street Fighter mythology, but Chun-Li (春麗, Chun Ri) was the pioneer.

As the game’s first ever female character, she proved what female athleticism can do against bigger and stronger male opponents. Her agility and fast kicks paved the way to the eventual creation of other lady fighters within the game.

And of course, we have our very own female lead in the list, meet Josie Rizalb

Revealed on 2015 as one of the characters in Tekken 7, she fights tough with her Eskrima and kickboxing fighting styles.

She represents that Filipinas as world-class fighters!

- Advertisement -
Previous articleMeet the MythBusters of the Faith in Vatican Kiseki Chousakan!
Next article‘Ghost in the Shell’ is Showing in Cinemas Starting Today!