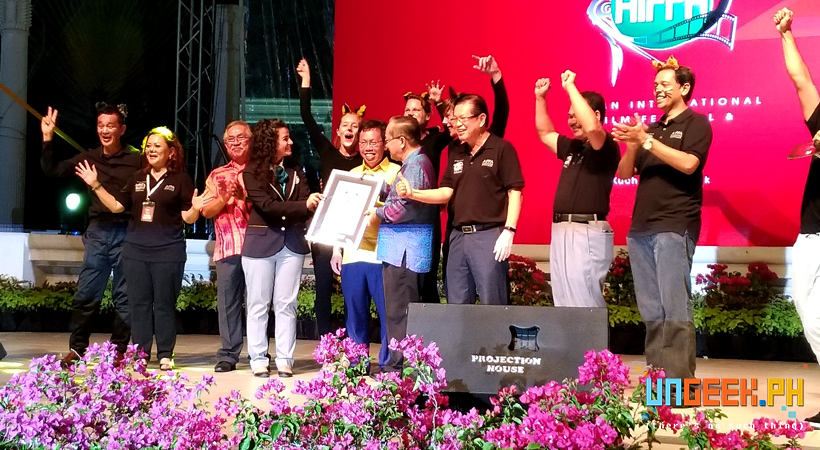 Meeyowww! What a way to start the 3rd Edition of the ASEAN International Film Festival & Awards (AIFFA) than with a world-breaking record of the most number of cat costumed people congregating in one area.

When in Rome do as the Romans do, they say, and that’s what we tried to do here at Kuching for the Festival kick-off! Here’s us trying our darnest to be best kitty version we can be!

Okay, it’s not strictly a costume, but that’s good enough to at least show support!

PLUS, look guys, MORGANA (or Mona as he’d like to be called inside the Metaverse).

While ours was a poor attempt to try and be included in the count (we didn’t except for Pillar Mateo – she was legit, yo!), there are a lot of crazy cat costumed people that really went all out in their transformation. Check some of it out: 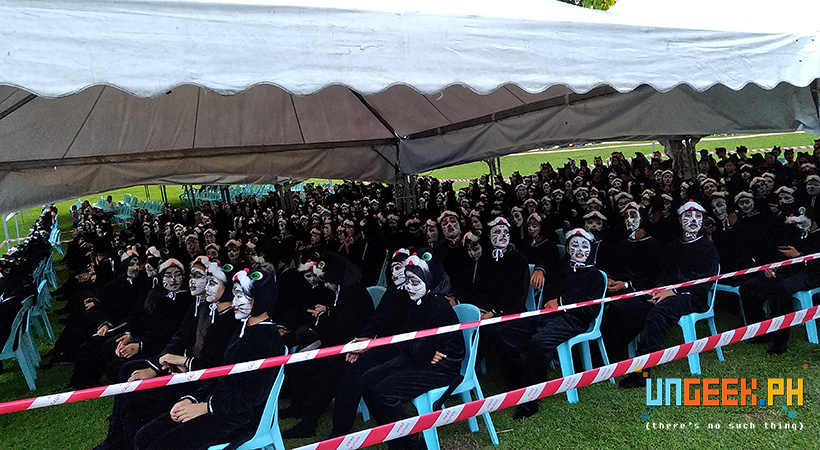 Aside from breaking this world record, Kuching’s kick-off of the AIFFA 2017 was also the venue for when the city broke another Guinness World Record by creating a 28-inch wide and 1128.272 meter long Rotan Mat sprawled across the Amphitheater! This traditionally weaved mat was handcrafted by around 400 Orang Ulu master weavers from Baram, Murum and Belaga. 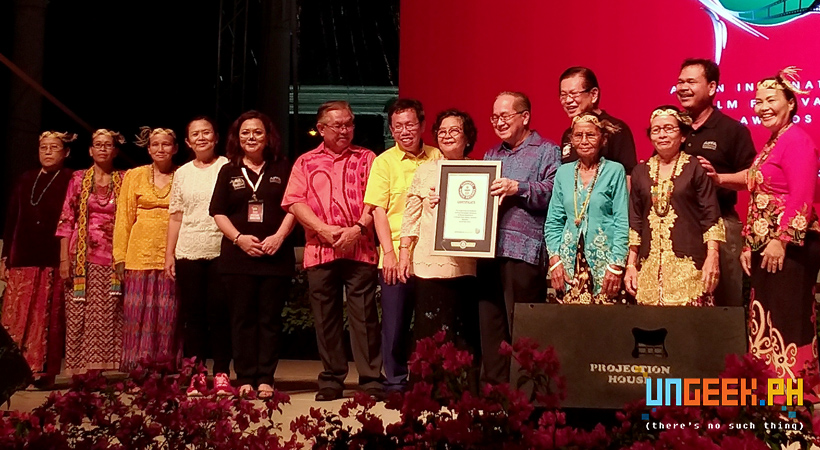 This is just the opening act for the AIFFA 2017 and more activities await us in the coming days!

You may also check our previous AIFFA 2017 stories here:

* All Photos (unless otherwise stated) were taken with the ZenFone 3 Zoom.