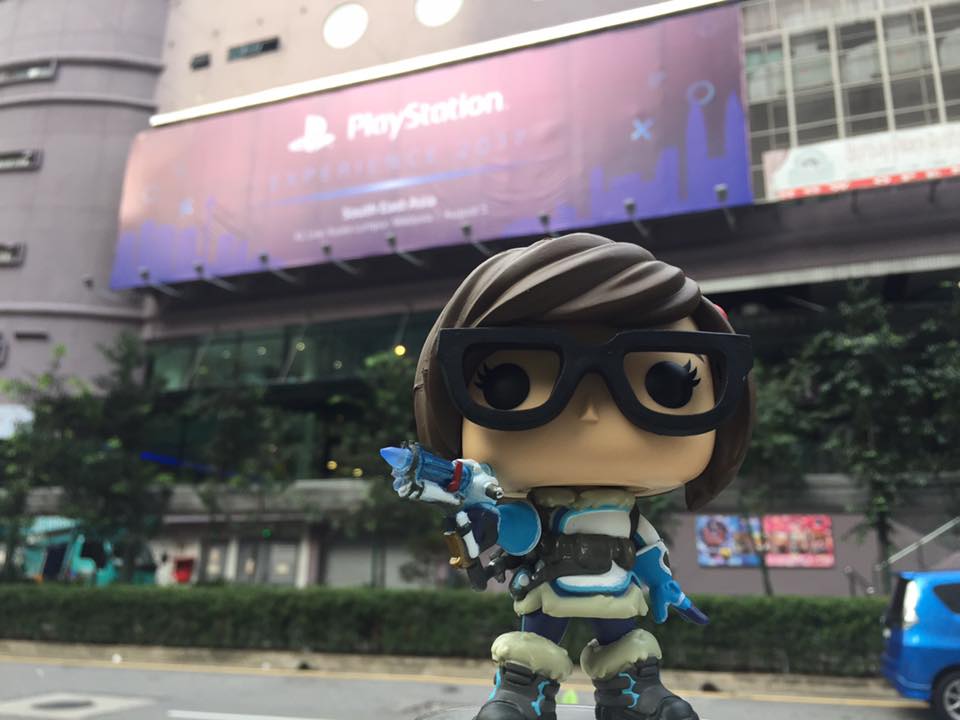 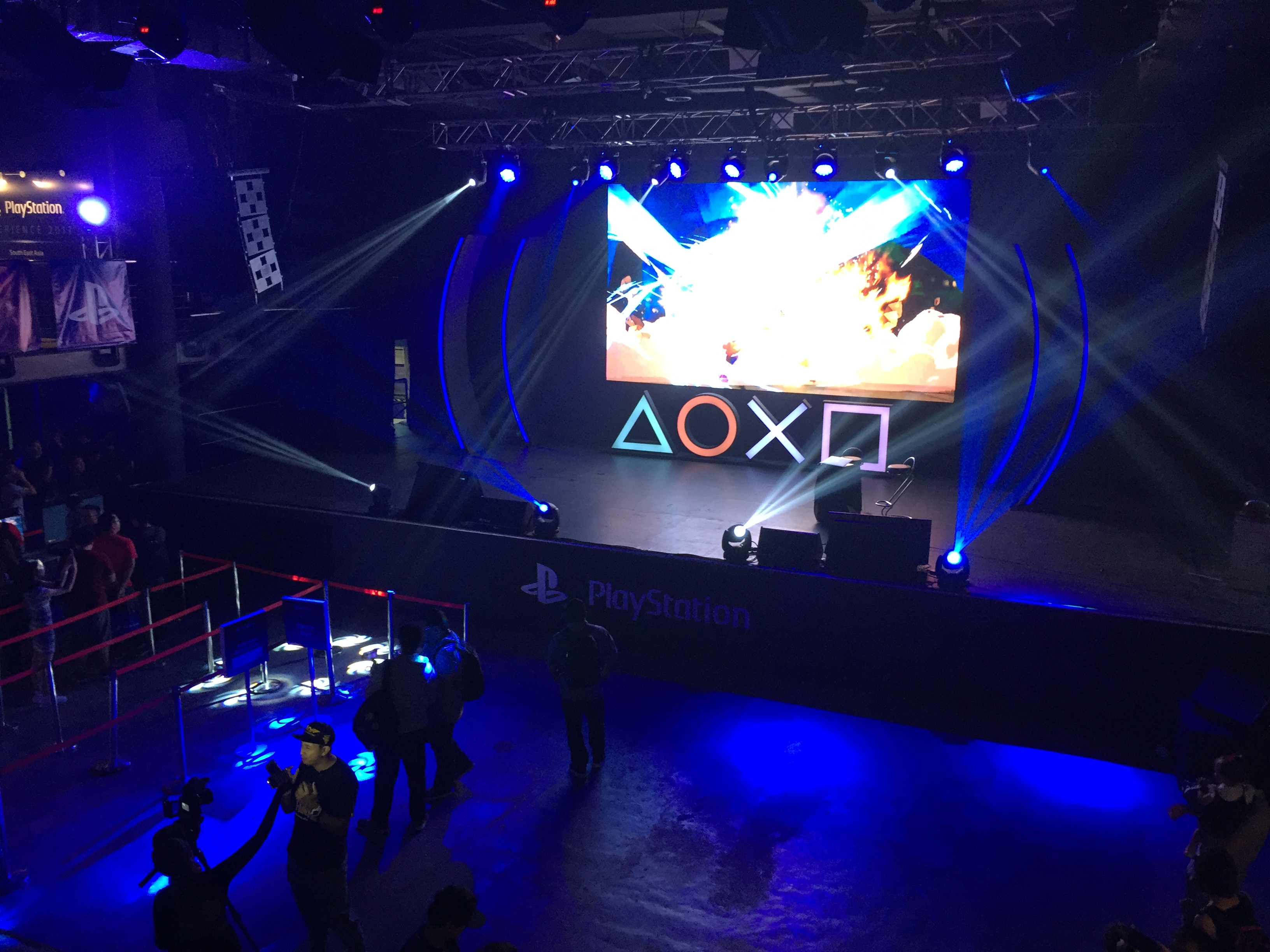 The recently concluded PlayStation Experience SEA 2017 was nothing short of spectacular! There were a lot of games to try, people to meet and of course, some really neat merch to sink your wallet on! One day really wasn’t enough to fully absorb the awesomeness that was #PSX17SEA. 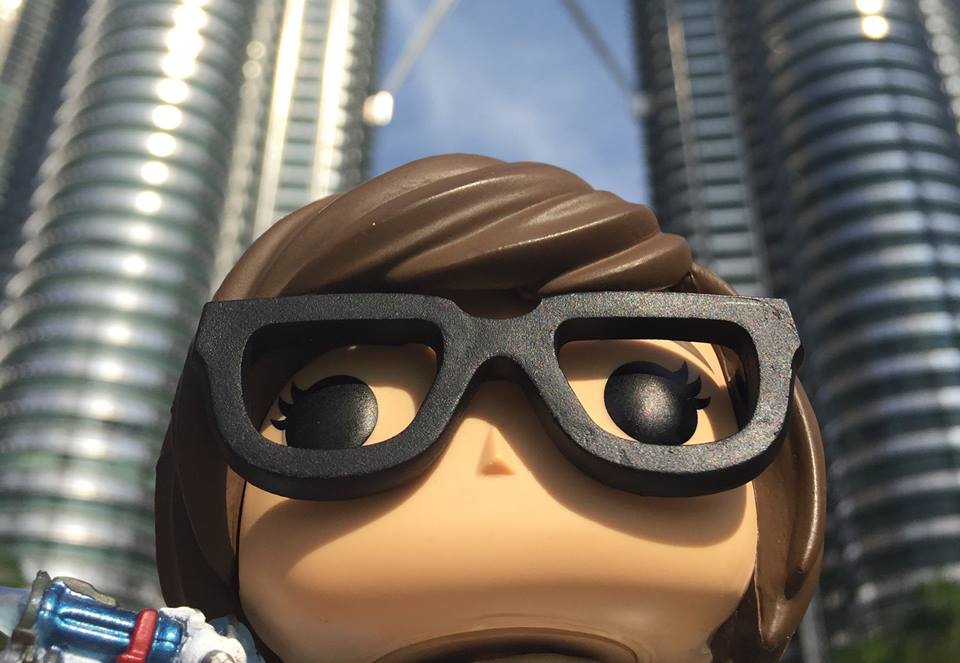 To those who missed out on the event, worry not! Our resident “Mei”-dia personality from Overwatch made a recap of every A-Mei-zing thing that happened there. So without further ado, I’ll let the Ice Queen do her thing after the jump! So for now just Freeze! And don’t move. 🙂

Take it away, Mei! 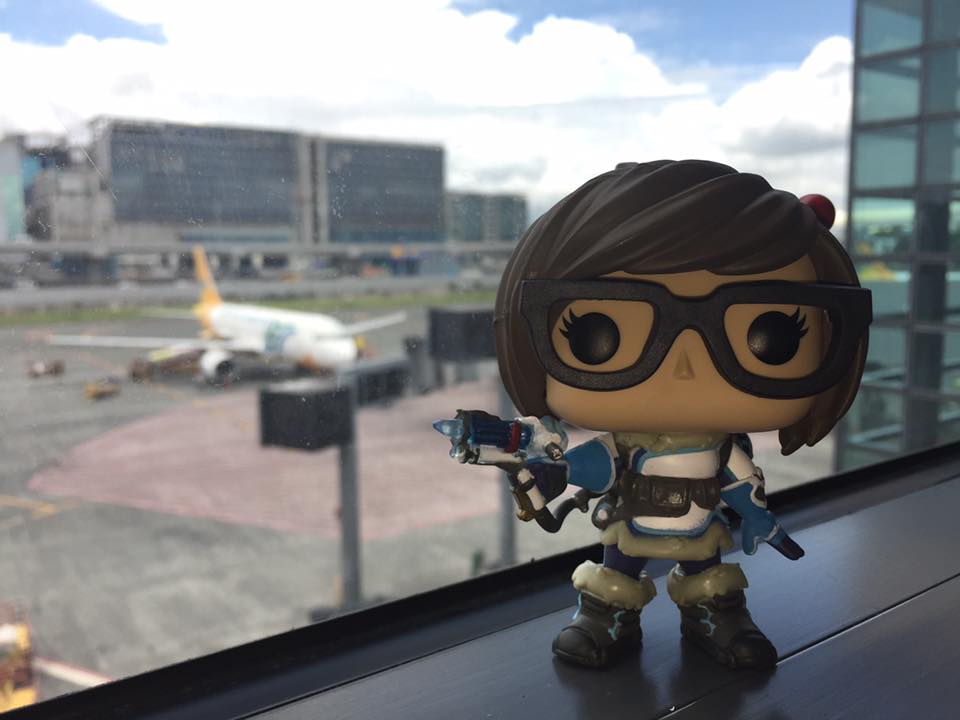 Okay so here I am “chilling” at the airport and very much excited to visit Malaysia for the PlayStation event! It’s my first time visiting another country hence my first time riding an airplane! Good thing I’m not scared of heights since I’m used to climbing my own ice walls! 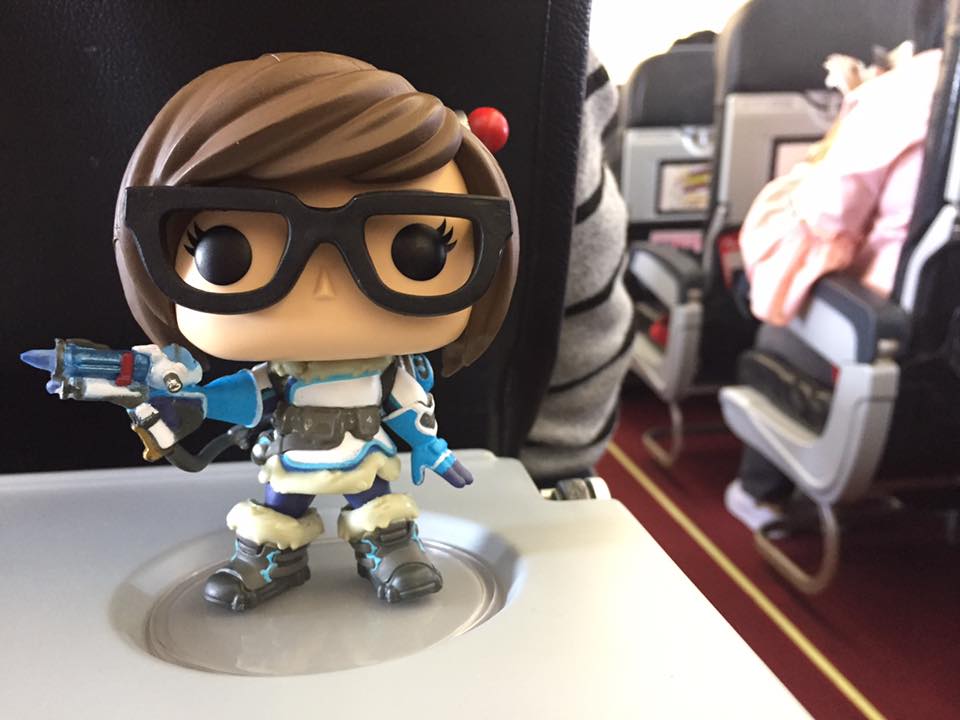 Here I am now at the airplane and I just found my seat. In my amazement I instantly figured out what this circle at the table was for… It was definitely for “Mei”. 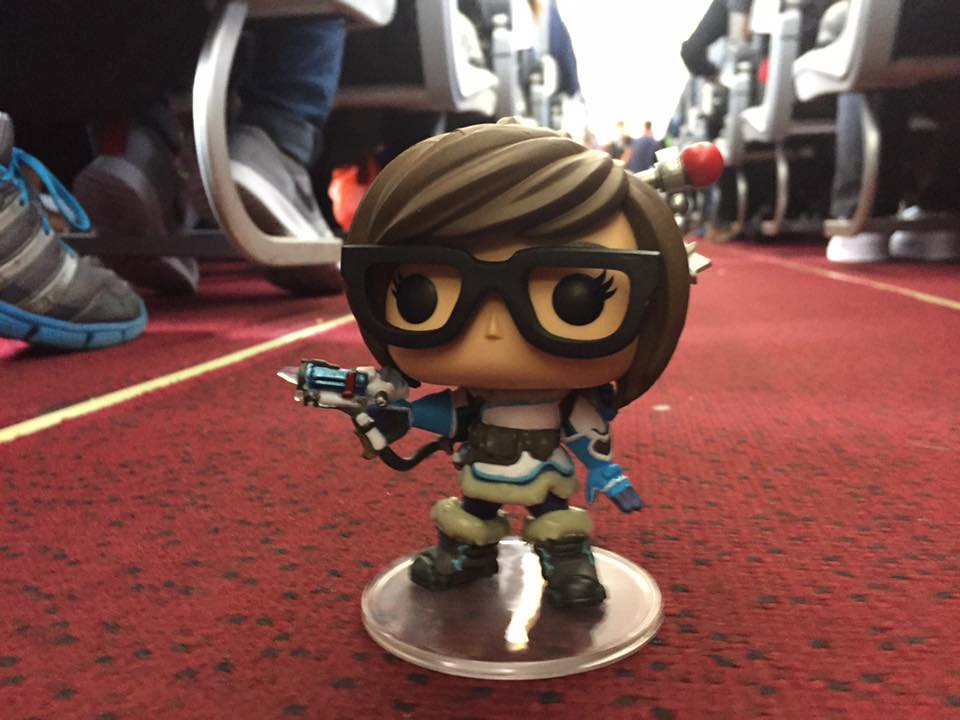 Sadly our flight was delayed because of some maintenance going on. I was offering my help to the pilot since I’m technologically advanced and all but the he refused. At least let me fix your air-conditioning!

I got really bored in my spot so before I go “Bīng qiáng, shēngqǐ lái ba!” (Ice wall, rise up!) on the aircraft I decided to take a leisurely stroll instead. 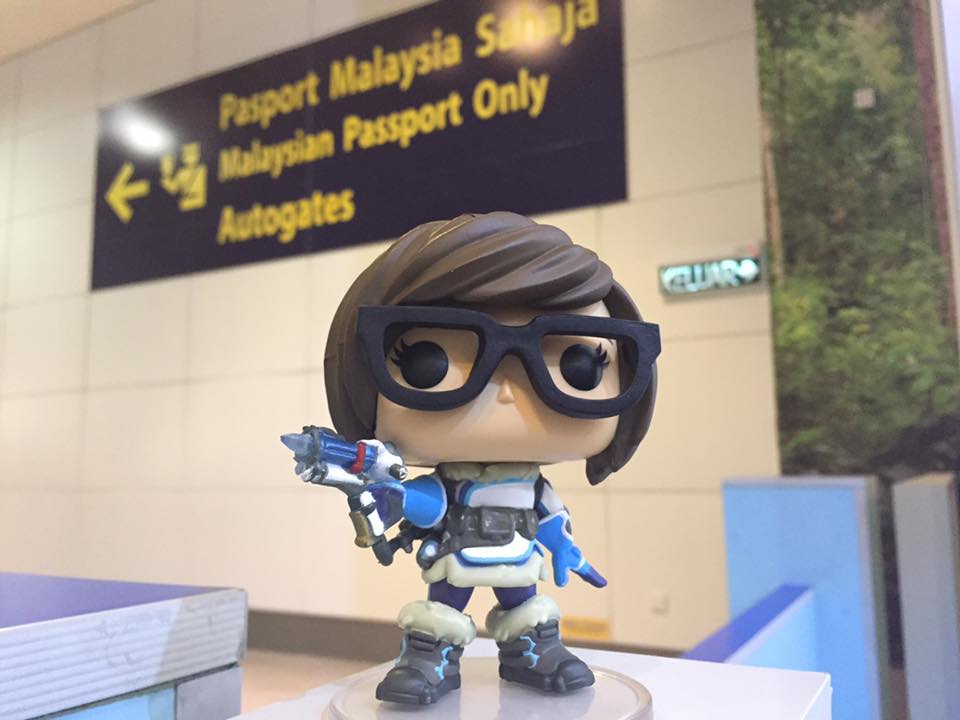 Freeze-forward a few hours and I’m finally here at Kuala Lumpur, Malaysia! This was the first picture that I got upon landing.

The airport was nice and cold which is perfect for me. The only thing I did not like was that the crazy lines at the immigration! It was one of those moments that I really wanted to start a blizzard, but being the cool and calm chinita that I am, I just gave the good people some popsicles instead! Because I know Dàjiā dōu zhǐwàng zhe wǒna (Everyone is counting on me) at the event and I don’t want to cause a ruckus!

Lastly, the local customs were blocking me off because of my cryo-gun, but they “let it go, let it go” because I they realized I wasn’t “packing heat.” 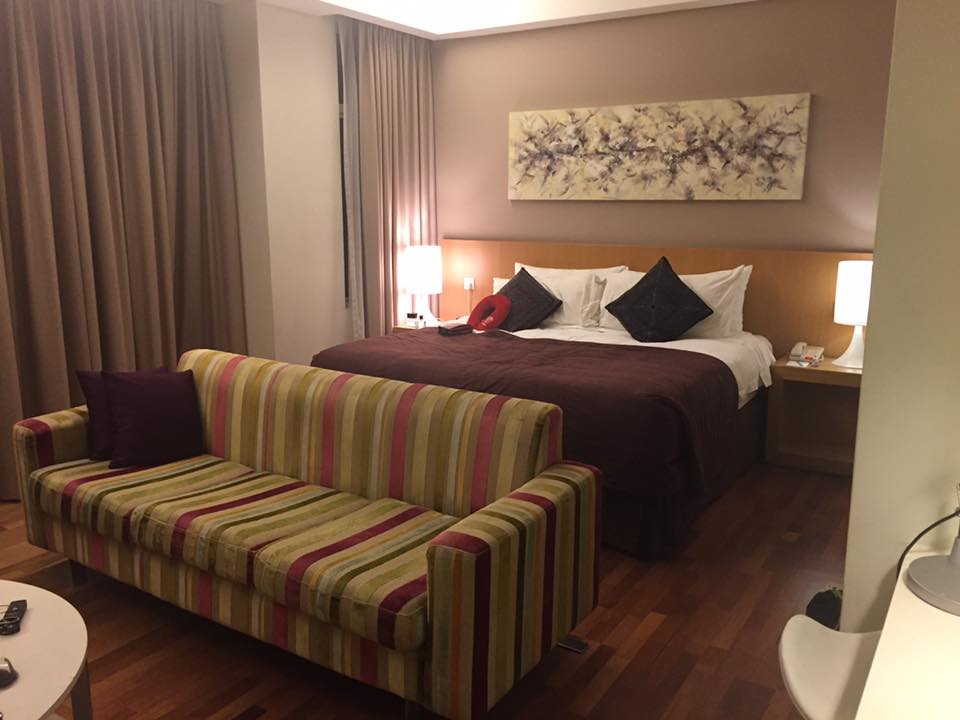 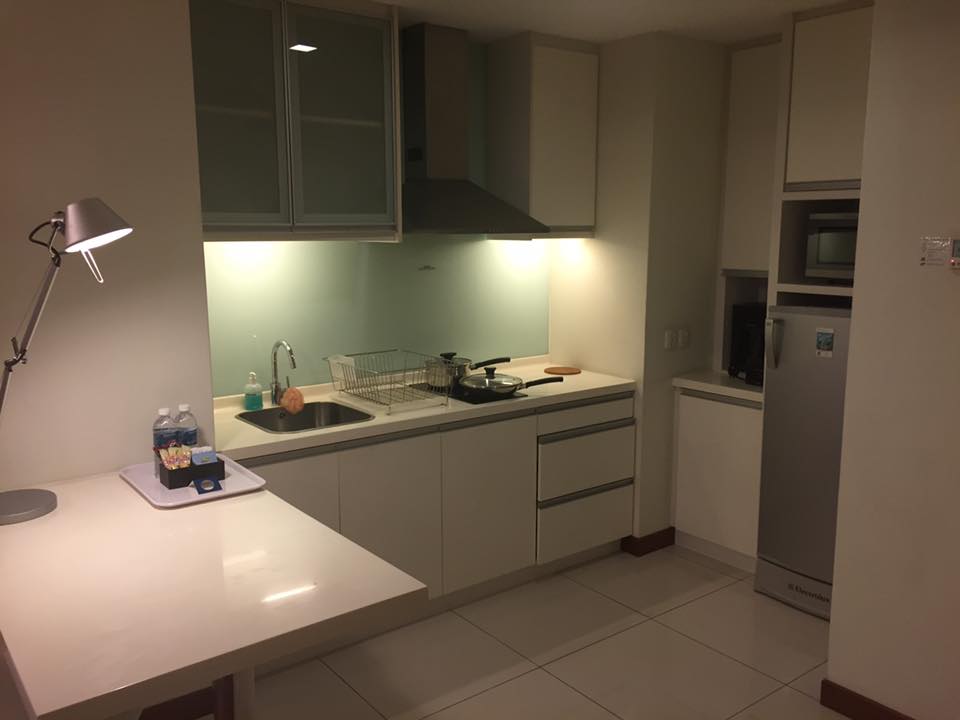 Finally, Mei checks in her hotel room and I have to say, I really got a nice place to stay for the night! It’s no Igloo but my stay at the Fraser Place was definitely cool! And what’s even cooler is that the event place is literally just across the street! Time to do a cryo-nap! I hope I wake up on time, not like the last one when I took a really long cryostasis sleep which took me a decade! That would be cryo-ing shame!

Finally its event day! I have to thank my worshipers/followers for praying that I wake up on time! It’s good to open your eyes, seeing the sun and knowing that all your friends are still alive!  So yeah Ó, tài bàngle! (Woah, awesome!) 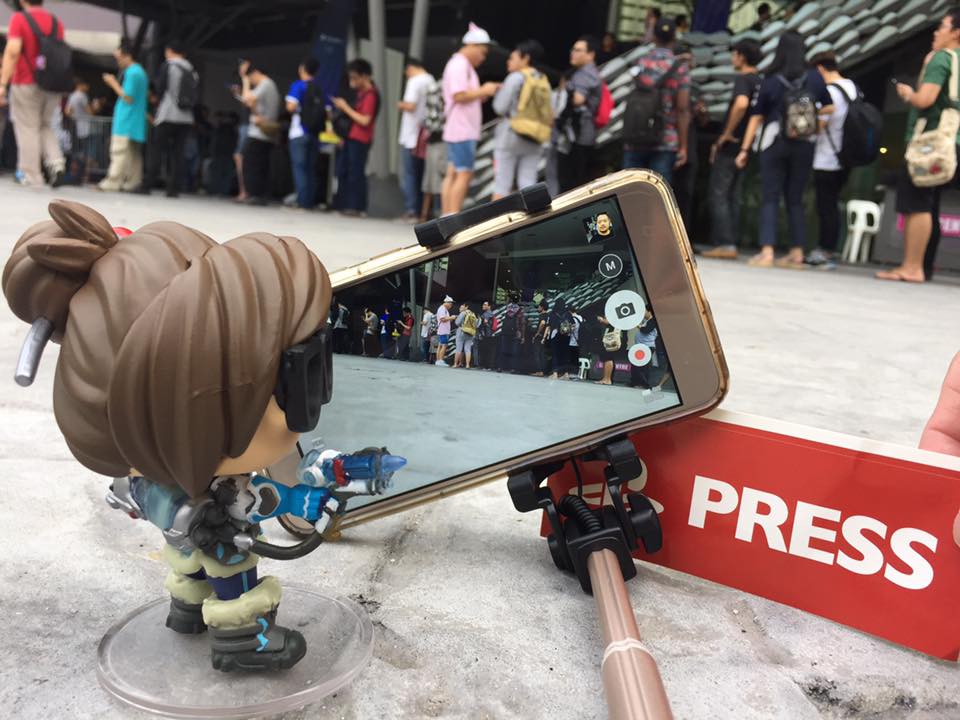 Before going inside I went around a bit and checked the line. You know that there are a lot of crazy PlayStation Fanboys and fangirls when you see a line this long. 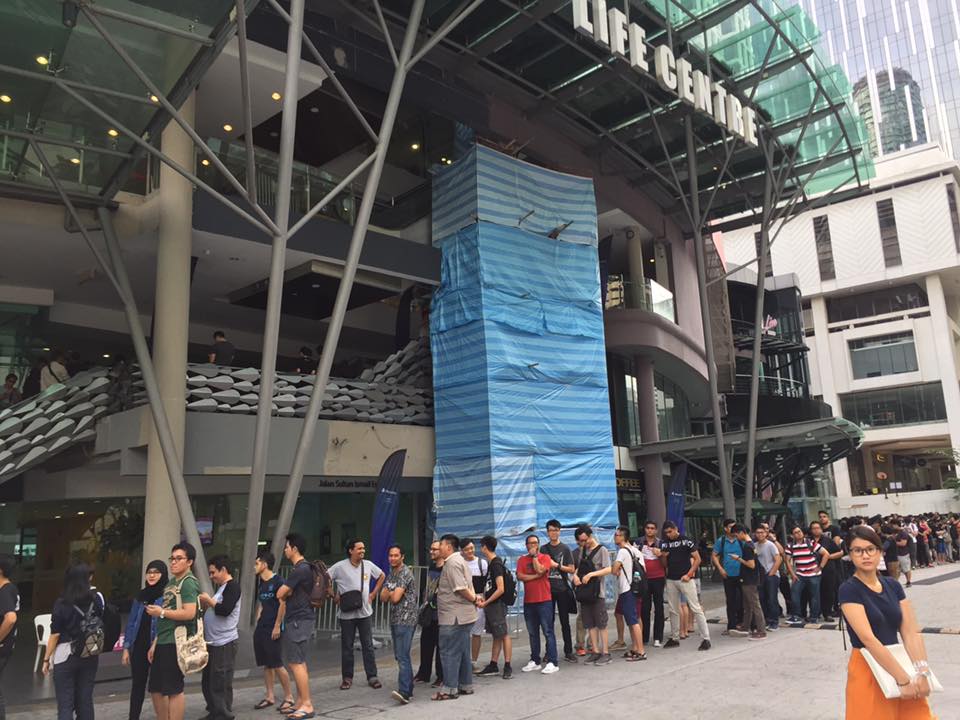 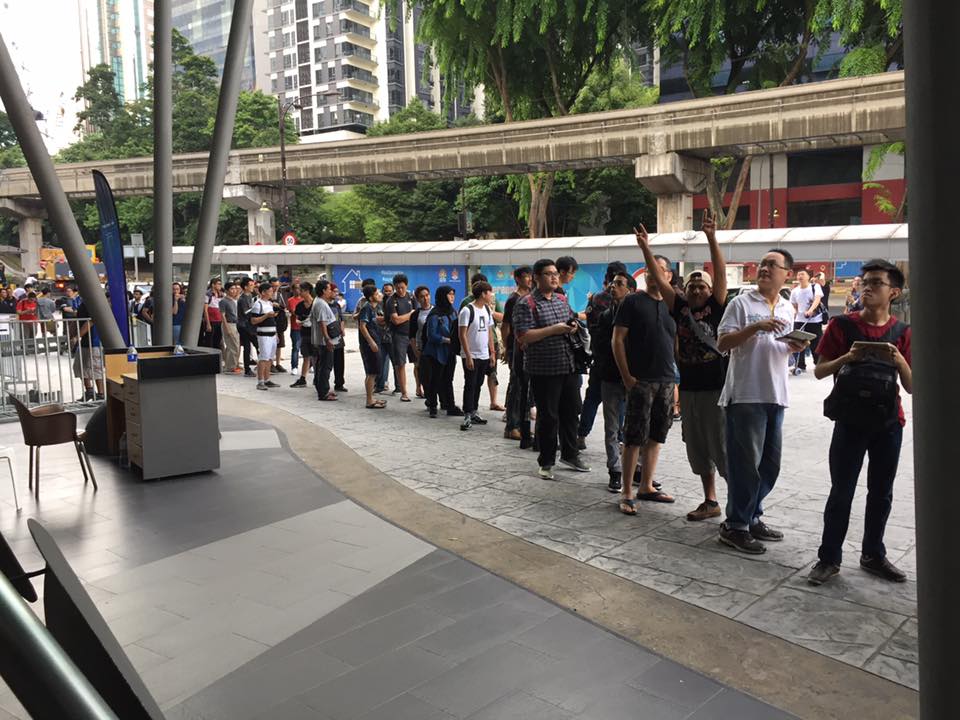 Mei salutes the people who I heard was waiting in line since 4am! Popsicles to each and everyone of you! 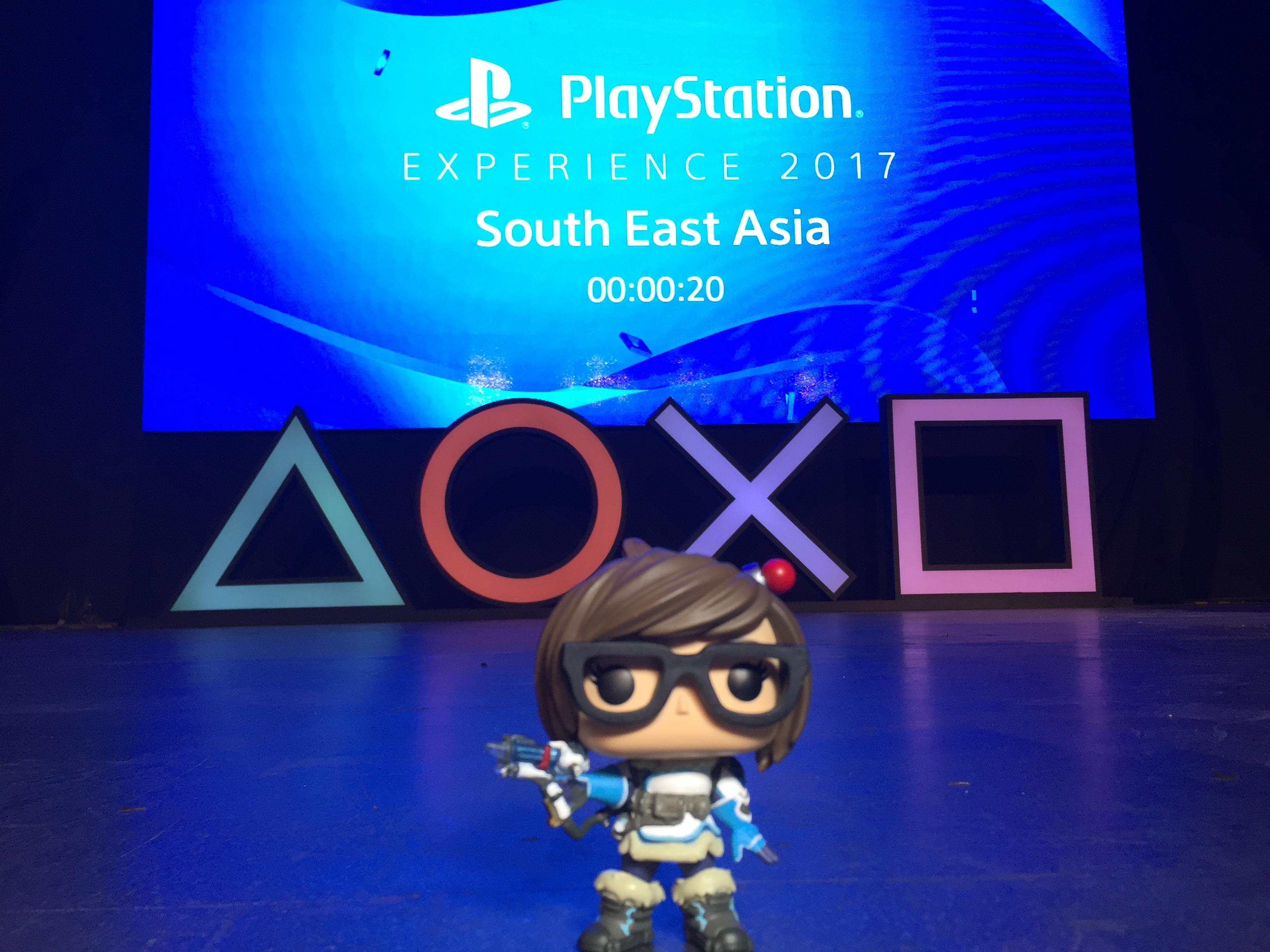 I’m finally here at the event! Since the place was open for Mei-da at the moment, I took my cute time and took a picture at the main stage! SAY FREEZE!

Now, as my good friend Tracer likes to say… “Back to work!” Check out all the a-Mei-zing highlights of my coverage below: 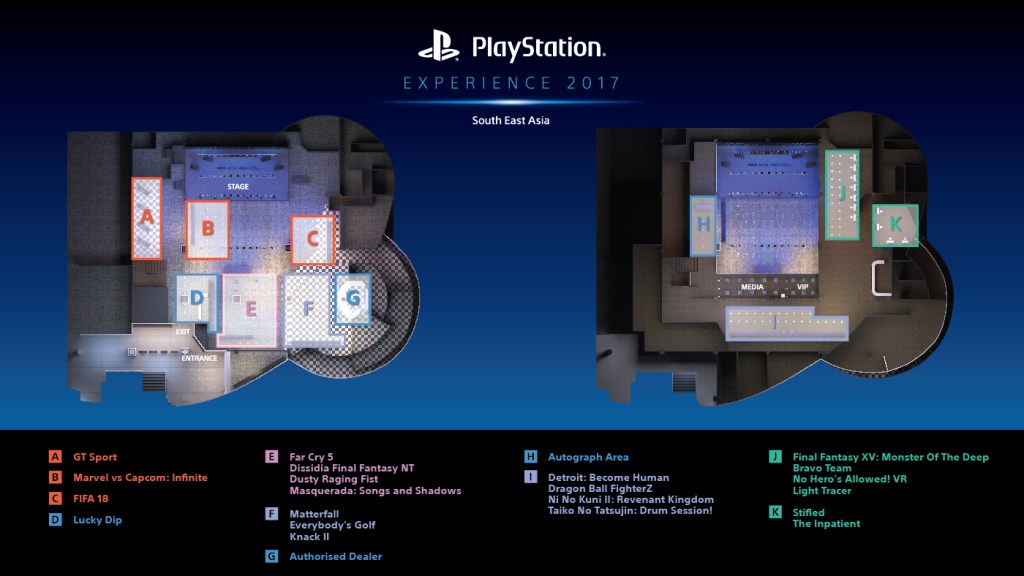 Upon entering the venue I immediately noticed that there was a lot of stuff to see and do! For the first-timers like me it’s easy to get overwhelmed!  And for that I need to have a plan of attack! 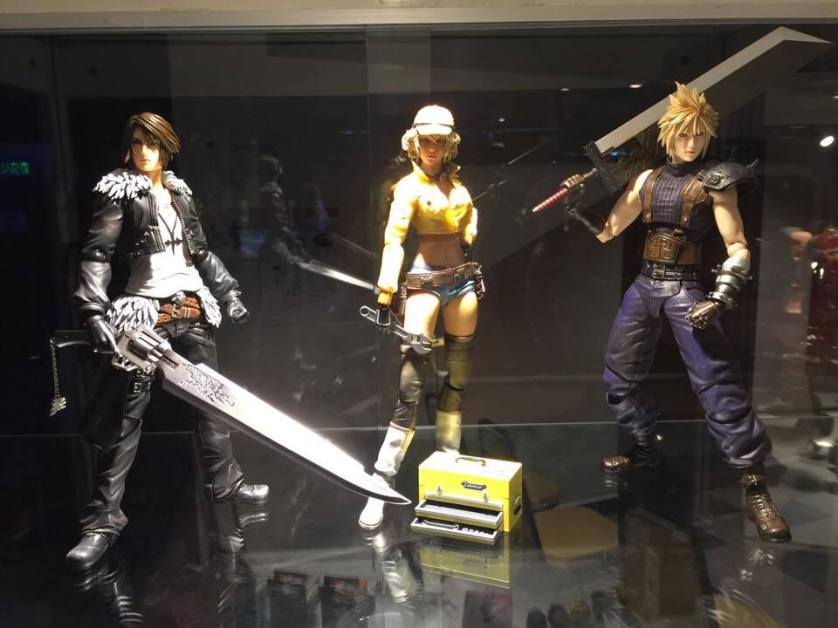 The merchandise, as expected, is something that I was not prepared for, money-wise! I was also very careful at the possibility that someone might mistake me for one of those cute Funko Pops! that were very abundant during the event!

So that was why people were throwing cold cash at me! To that I say Yǒu běnshì jiù guòlái (I dare you to come here). 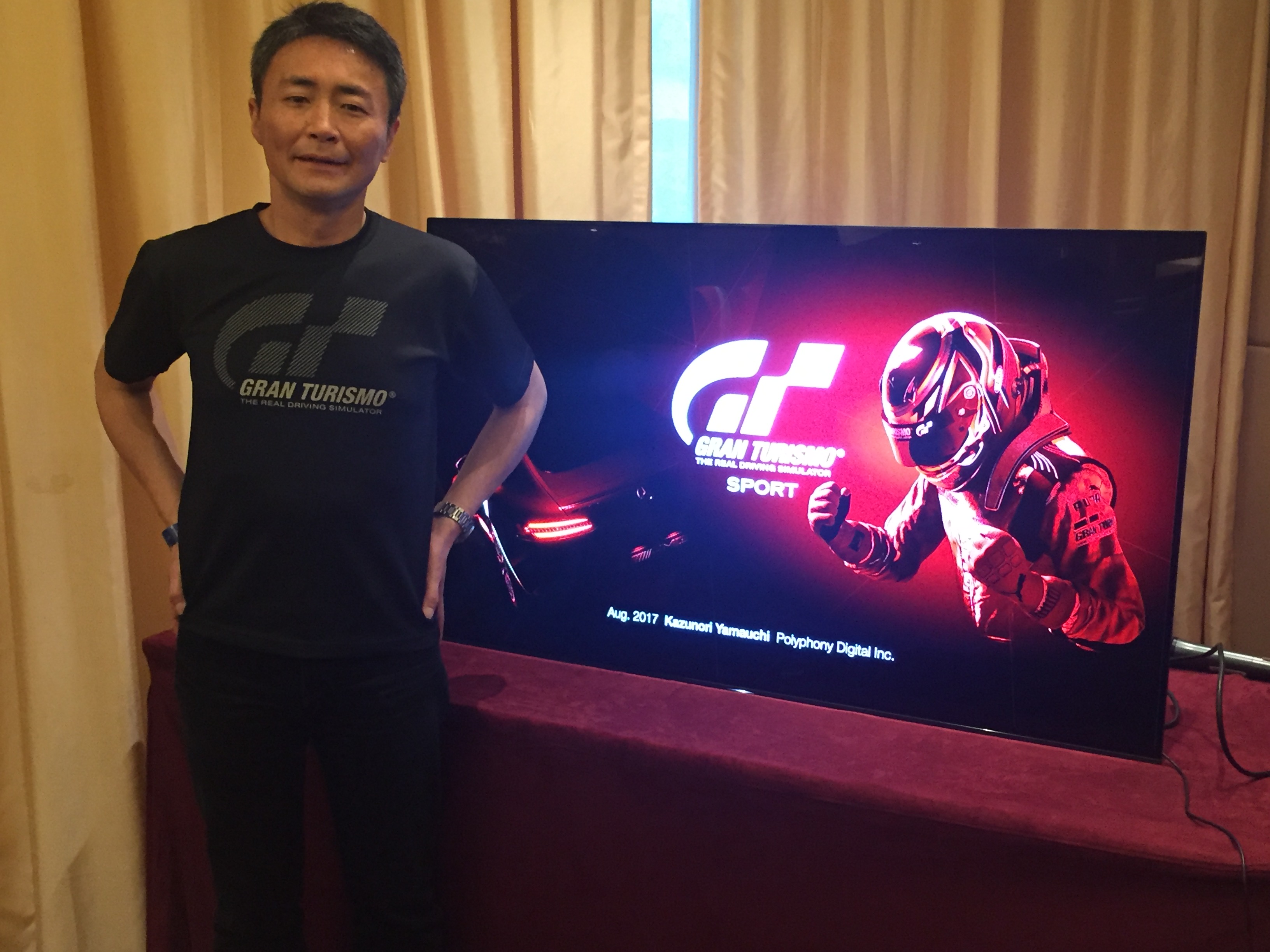 I’m not into driving cars that much since I’m used to sliding on my own ice, but this presentation by Kazunori Yamauchi for Gran Turismo Sport looks really cool! 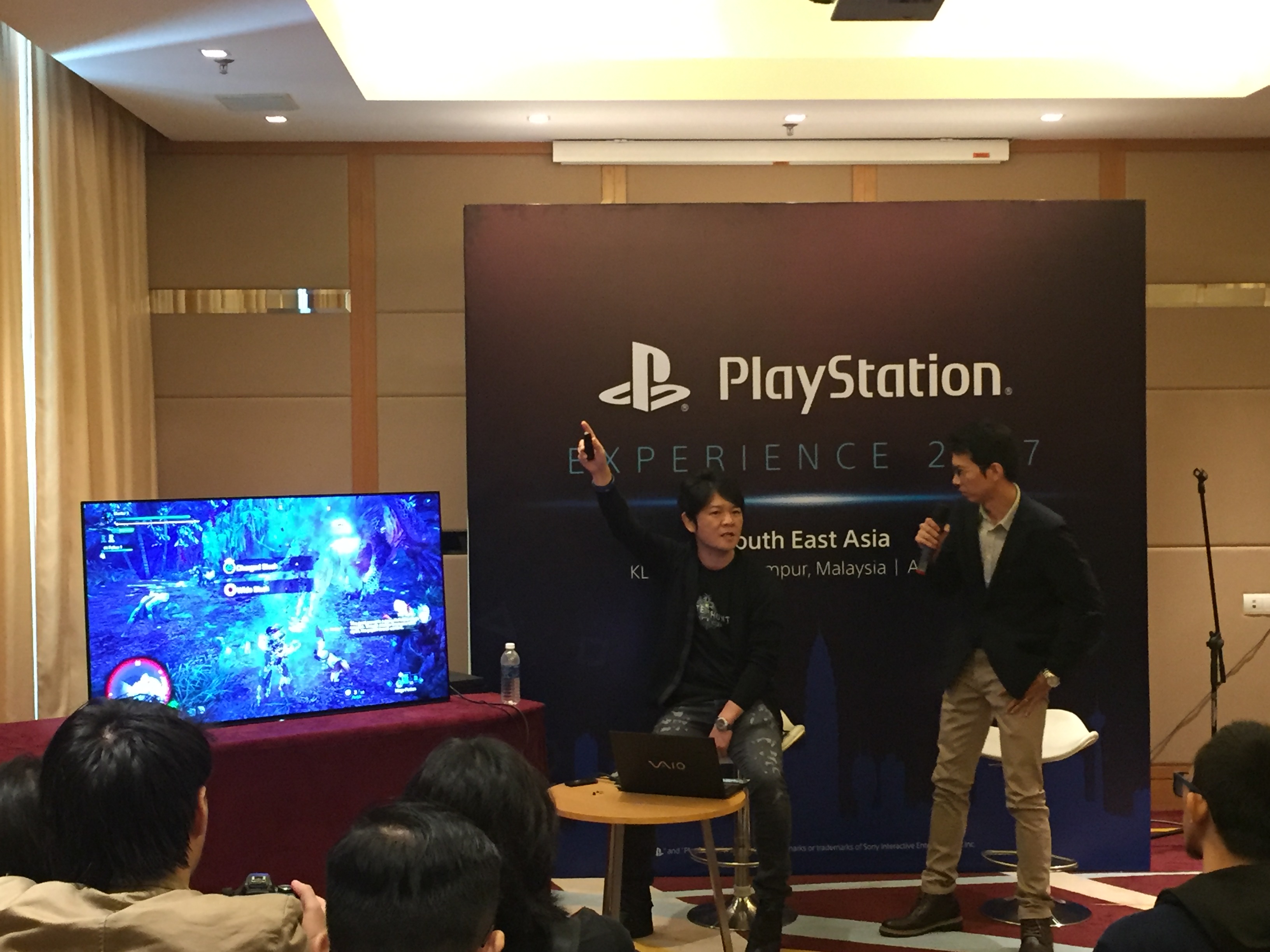 Being a climatologist I am one for preserving the environment and it’s ecosystem. When I heard that there were a lot of monsters roaming around and destroying mother nature, I immediately asked Ryozo Tsujimoto to where I can sign up to become a hunter! 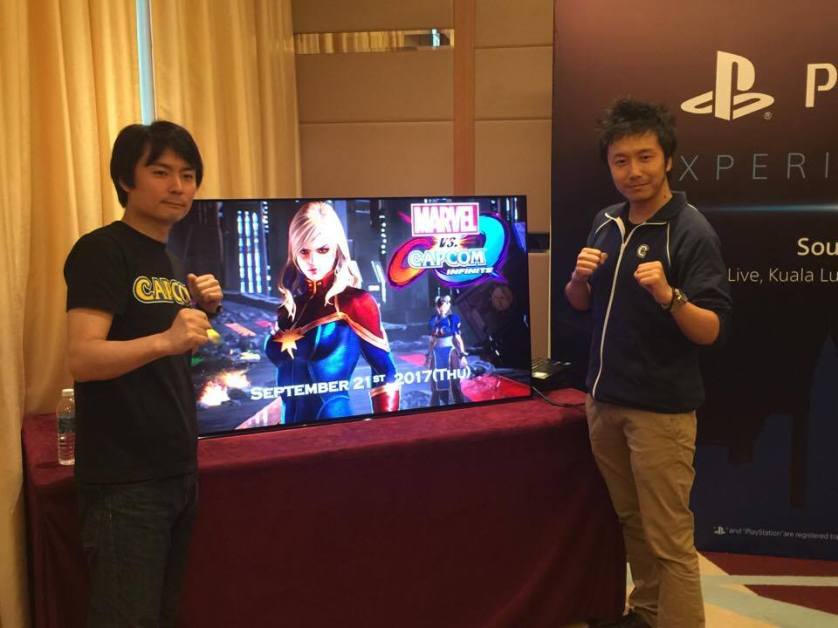 I got the chance to meet Promotions Producer Tomoaki Ayano and Assistant Producer Kansuke Sakurai for the upcoming Marvel vs Capcom: Infinite fighting game by Capcom. They even asked me if I wanted to join in on the fight against Thanos and Sigma, to which I sadly declined.*

*Hey! I got an ongoing Omnic crisis and Doomfist to worry about on my end! Let Rocket Raccoon handle the cosmos! 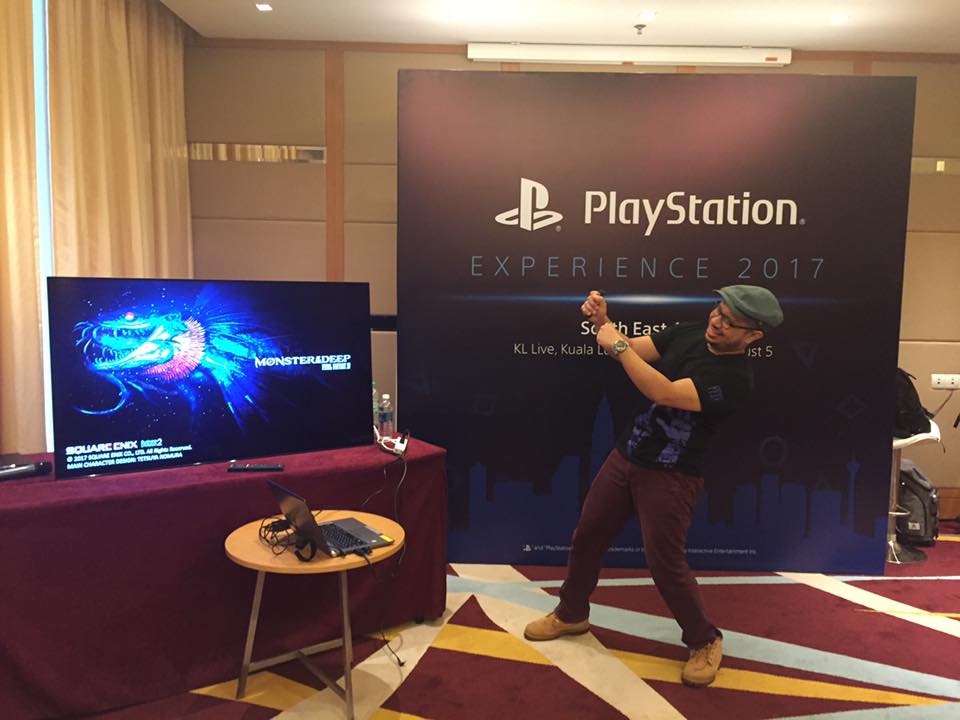 When I want to fish, I usually freeze a whole lake to catch one. But Wan Hazmer has a better technique in mind when he presented Final Fantasy XV: Monster of the Deep. Cool guy! 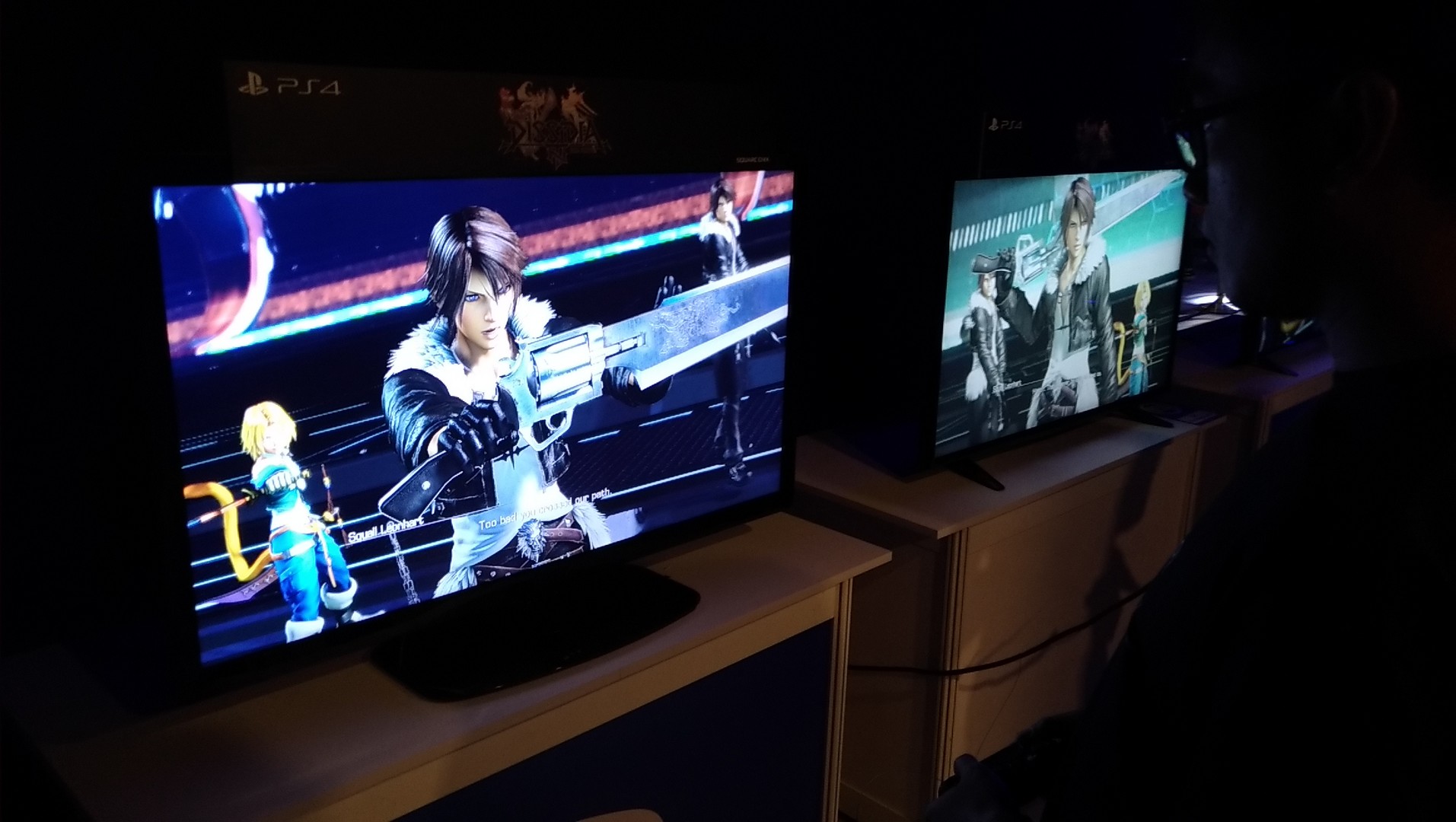 So that wraps up the noteworthy events that happened! A crazy schedule that was but it’s not over yet! As I finally tried my freezing hands on their awesome lineup of games, there was only one thing left to do…

…And that of course is to make a really huge ICE WALL between the Petronas Twin Towers! Sadly, the cryofreeze material I brought with me was not enough for such an undertaking. But I guess this picture will do!

Whew! So that was really a lot to see and do in just one day! I hope you enjoyed my short but sweet tour! And for sticking with me till the end here’s a popsicle for yah! Till next time, stay frosty!