Here’s Some Really Nice Merchandise From The Unicorn Gundam Event at Odaiba, Japan 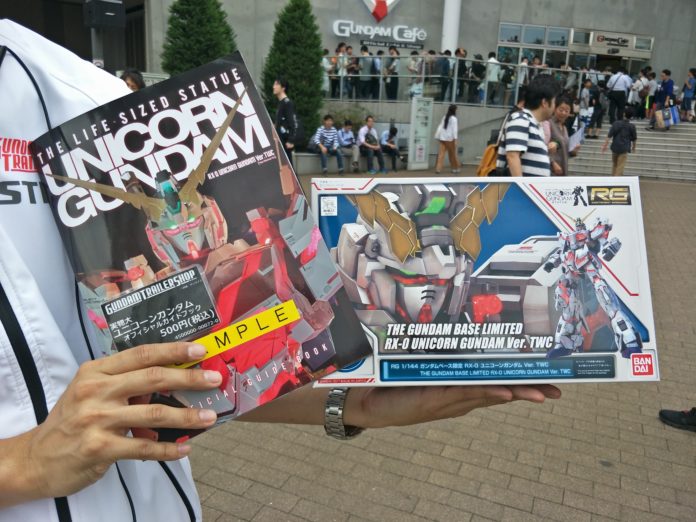 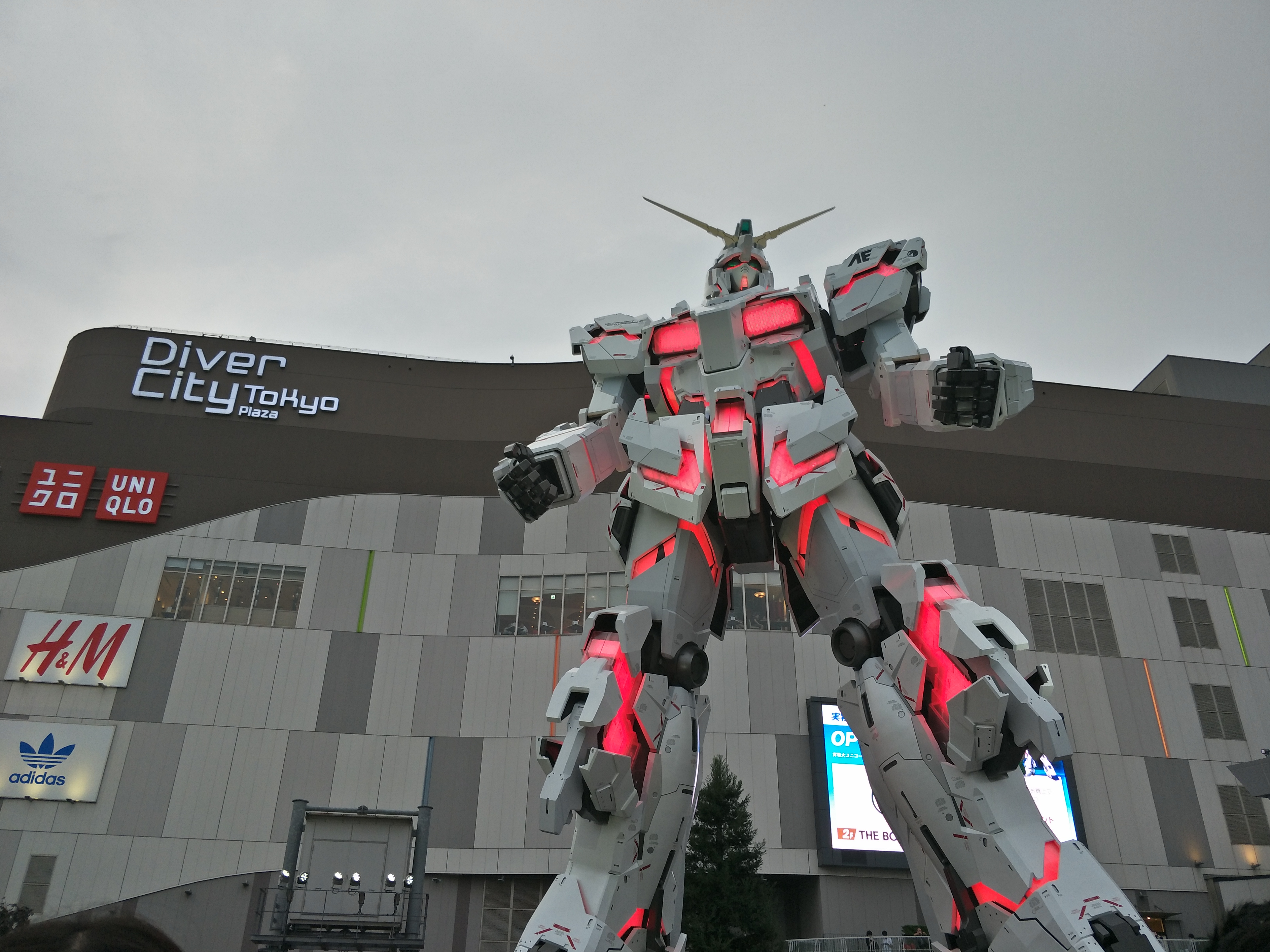 Diver City Tokyo Plaza, Japan | Last Sunday, September 24 was really a momentous occasion for all the anime and mech fans who attended the big public unveil/ transformation of the new Unicorn Gundam. The event was very inspiring to say the least, whether you’re a true fan or just so happened to be there last weekend, you can’t help but be amazed at the marvelous structure. 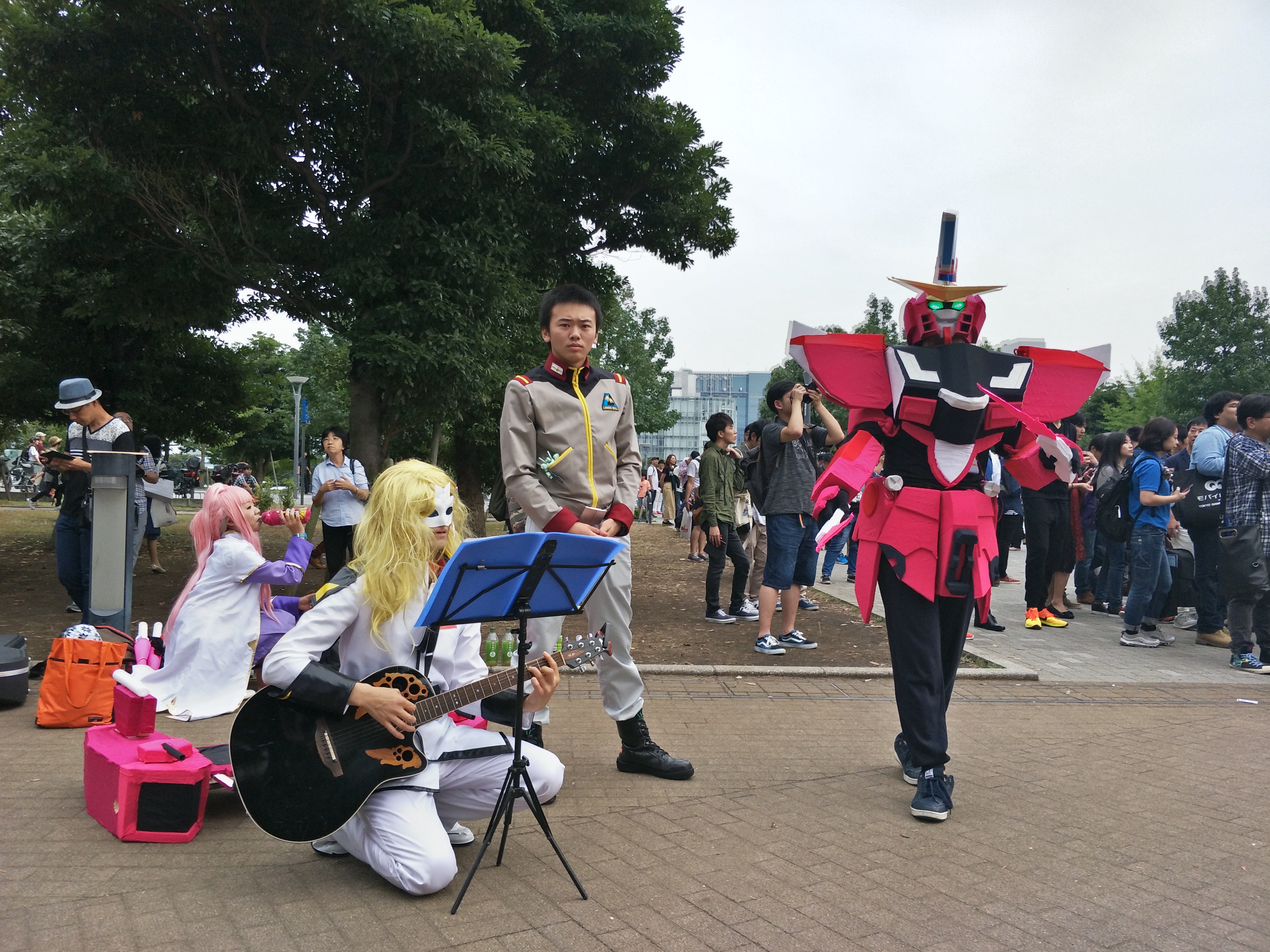 Near the Gundam, you can also see some fans dressing up at they celebrate the event in full cosplay!

For those who missed out, here’s the full minute of the whole transformation to “Destroy Mode.” 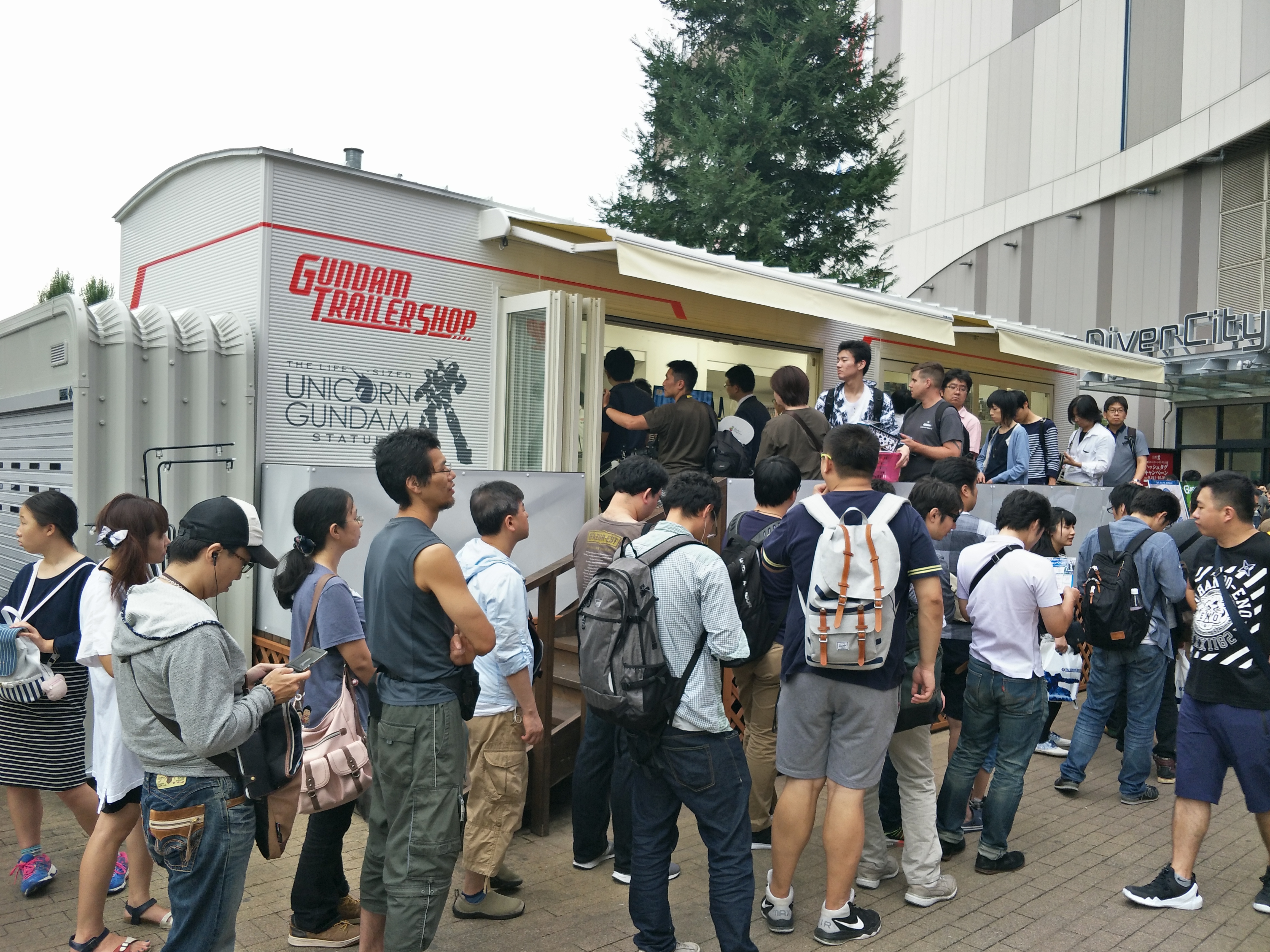 For the true collectors, there was really some neat merchandise to be had during the event! Just below the statue’s feet was a Gundam Trailer Shop where all the limited event items were sold. Just look at the line! People both young and old were really hyped. 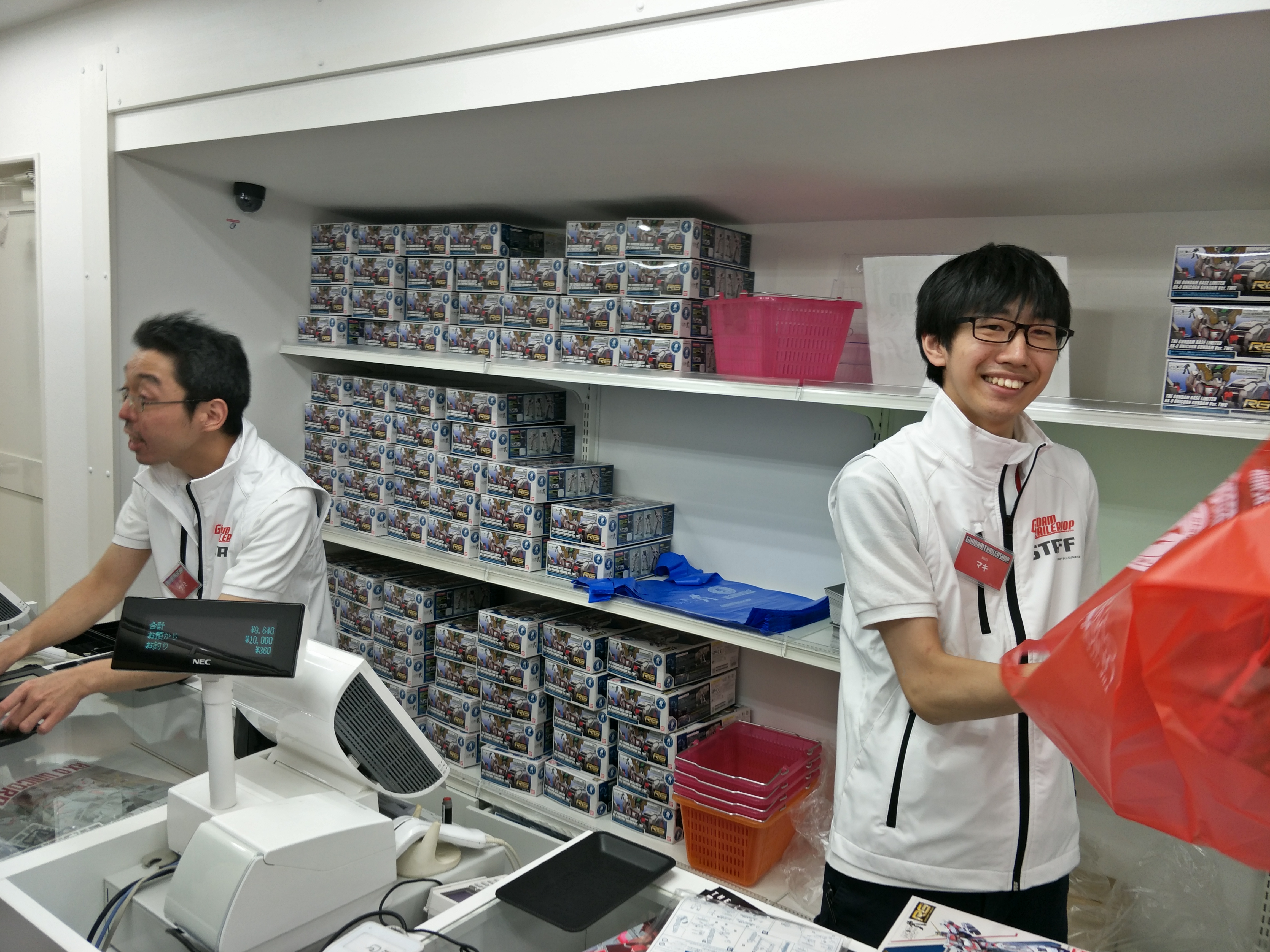 The staff were really friendly despite all the hustle and bustle during this busy day. 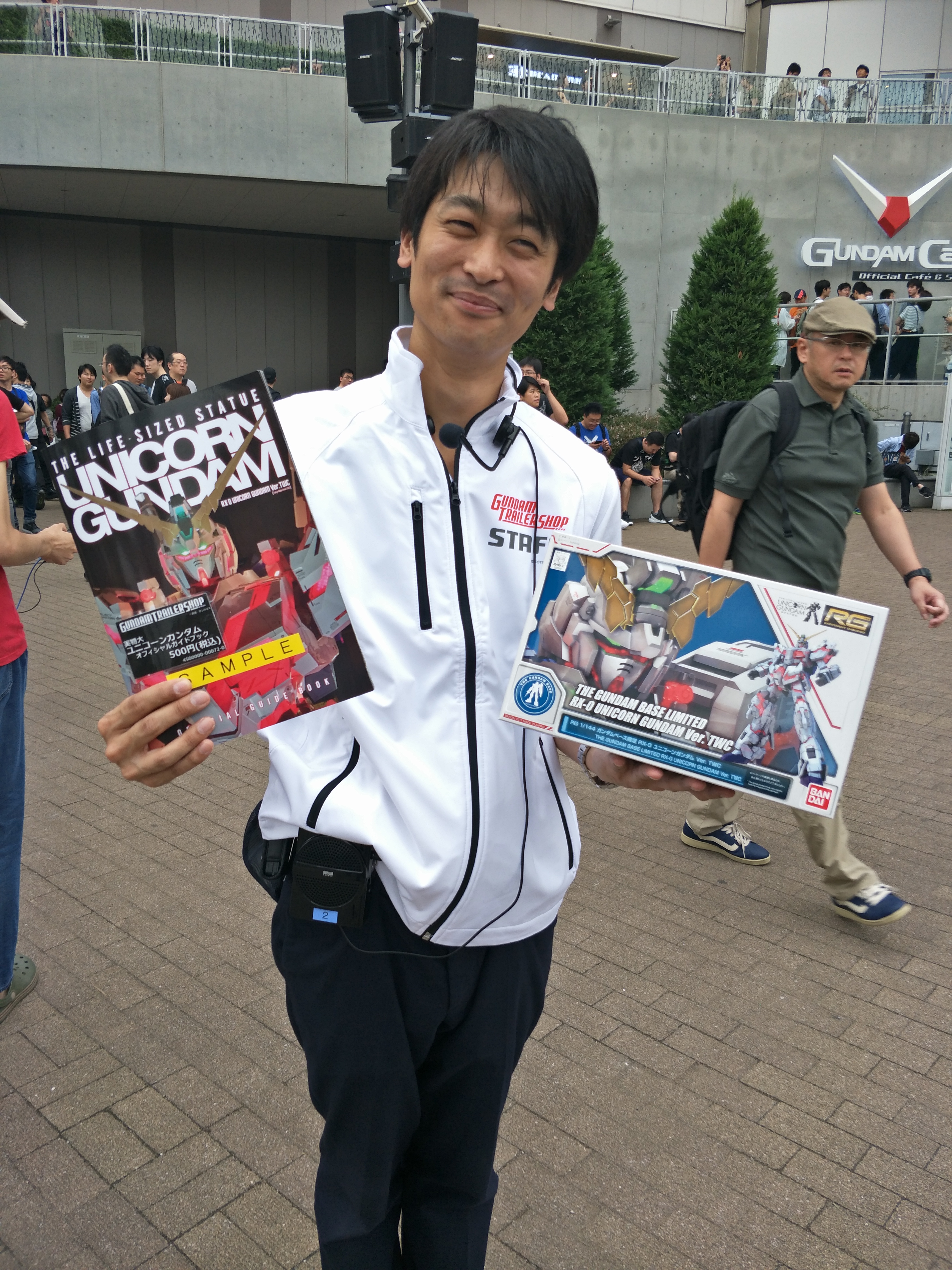 They served everyone with a welcoming smile. 🙂

Probably the item that was sold the most there was the RG 1/144 Gundam Base Limited Unicorn Gundam Ver. Tokyo Waterfront City [TWC] (Priced at 4320 Yen). Aside from it being heavily promoted by the staff, it was after all the crowning glory figure of the whole event. 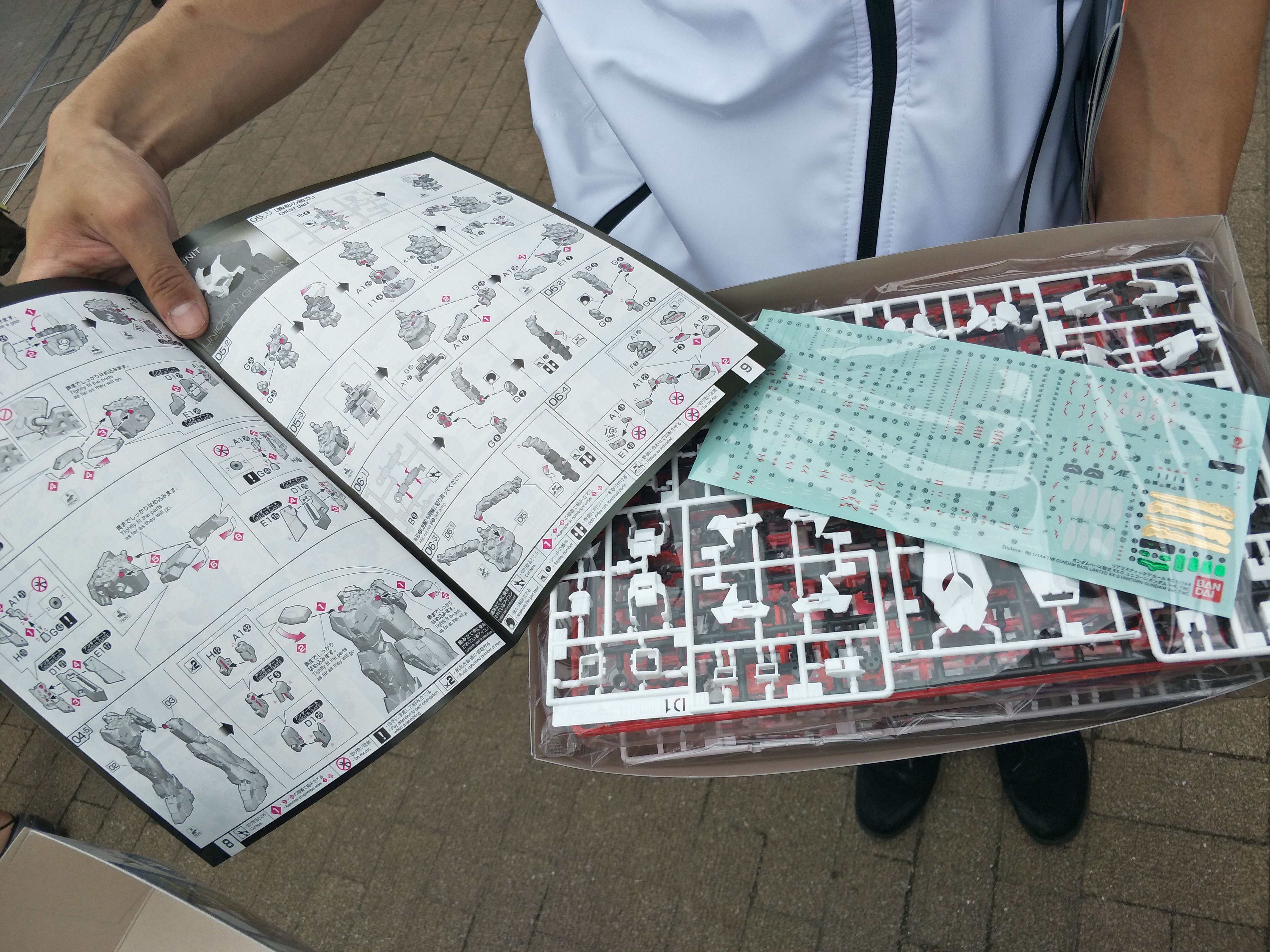 From what I’ve gathered, This Gunpla kit includes a reformed backpack and extra hands to fully recreate the 1:1 scale Unicorn Gundam! It also comes with an exclusive display base with The Gundam Base logo.

The second most popular to get was the Exclusive Magazine devoted to the statue itself. 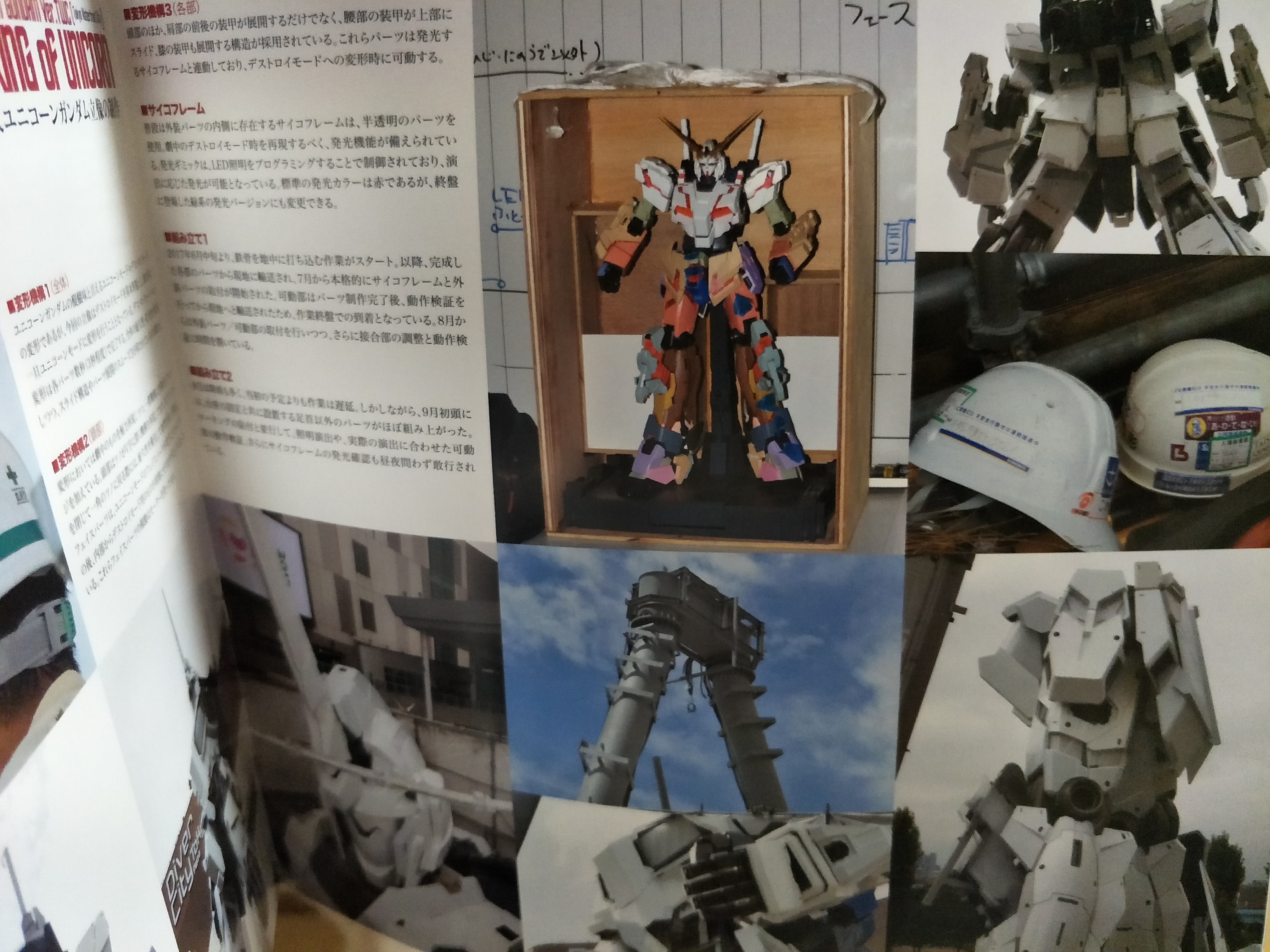 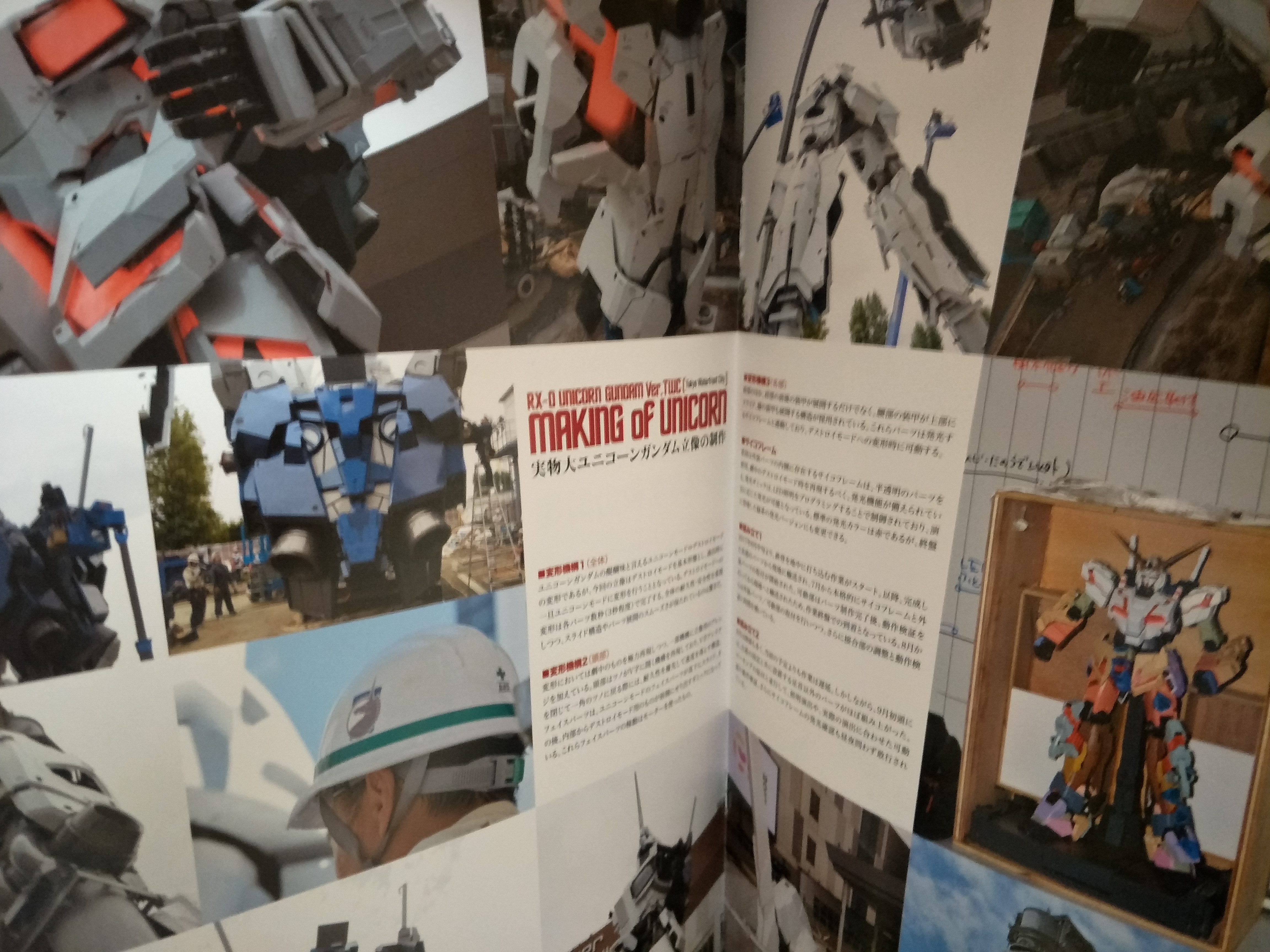 All the pages has some full color high resolution images that gets into detail on the making of this awesome Mech.

It is also worth mentioning that if get enough items there during the event, you are treated to some free stuff! Like this free Gundam Base: 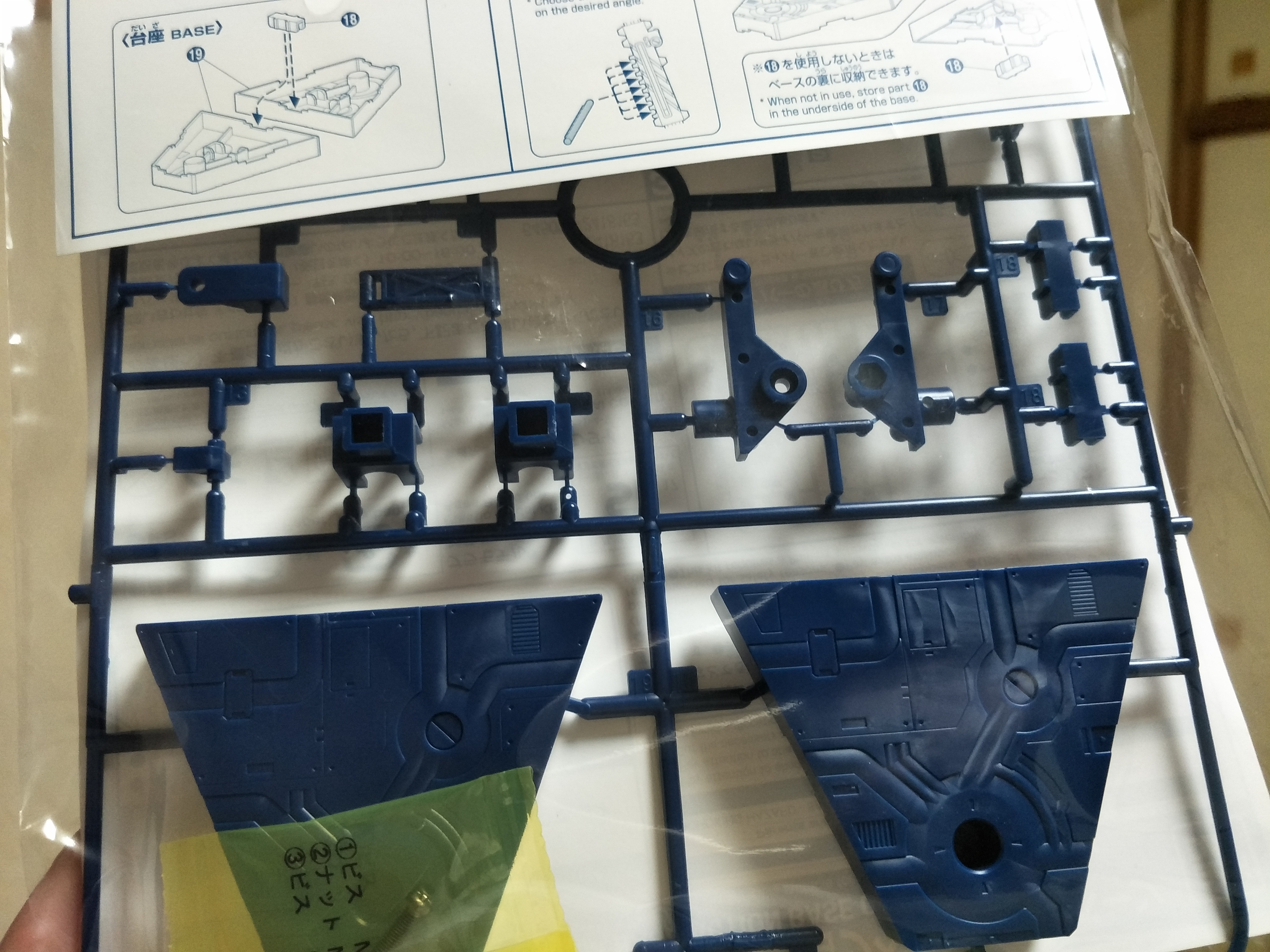 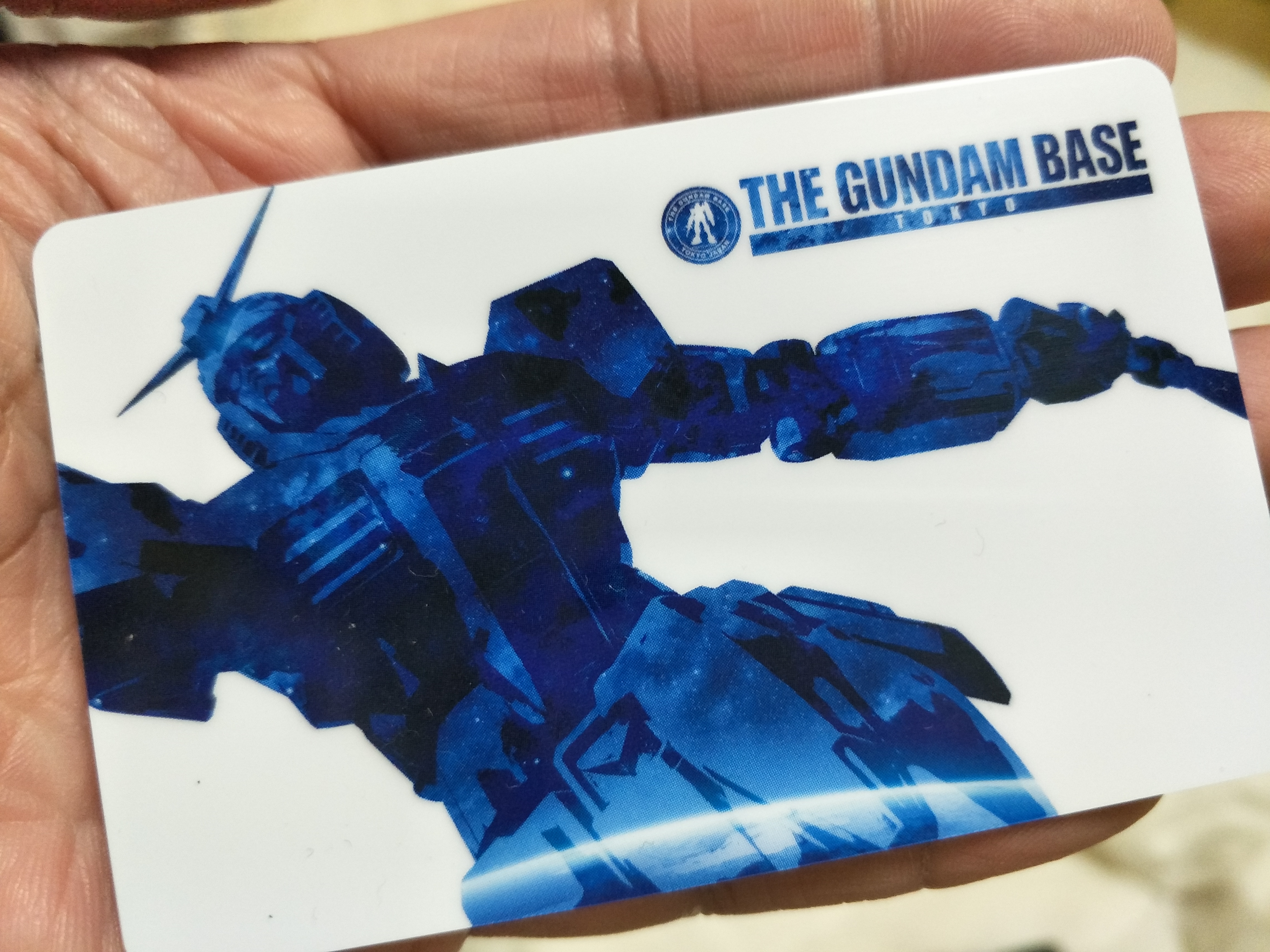 They also gave me this free Gundam Base card. Sweet! 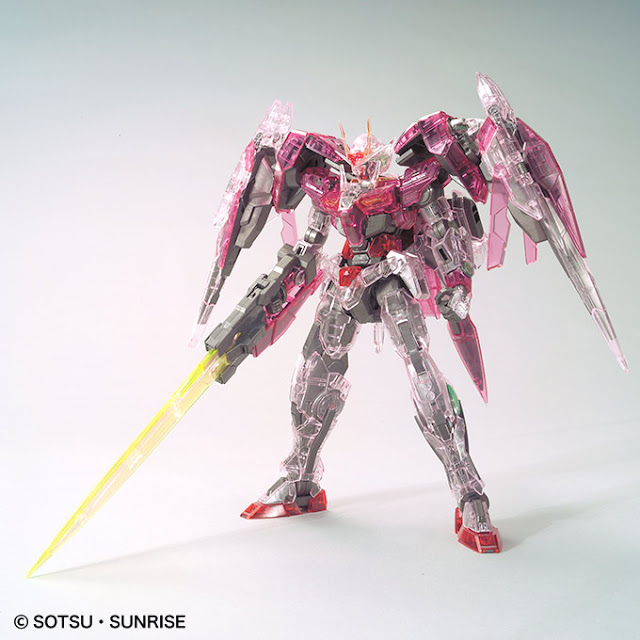 Aside from the two mentioned, there were also other exclusive items to get. One is the MG 1/100 The Gundam Base Limited Trans-Am Raiser (Clear Color) priced at 7020 yen. 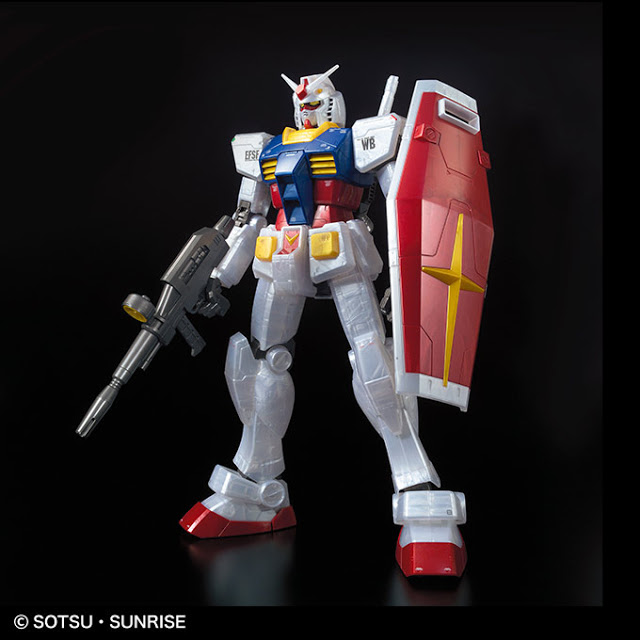 The other one was the Mega Size Model 1/48 The Gundam Base Limited RX-78-2 Gundam (Metallic Gloss Injection) which sets you back 10,800 Yen.

Here’s a quick look at the other merchandise sold at the event. These are the pics from inside the trailer.

A big thanks to Oppo letting us capture some amazing images using the Oppo F3 Plus Camera Phone, and to Smart World Travel Wifi  for making this live feed possible!

Watch the Unicorn Gundam Statue in Japan Transform in this Field Test Video!