Ungeek sits down for an exclusive interview with Bungie for Destiny 2! | TGS 2017

The Traveler speaks to us! 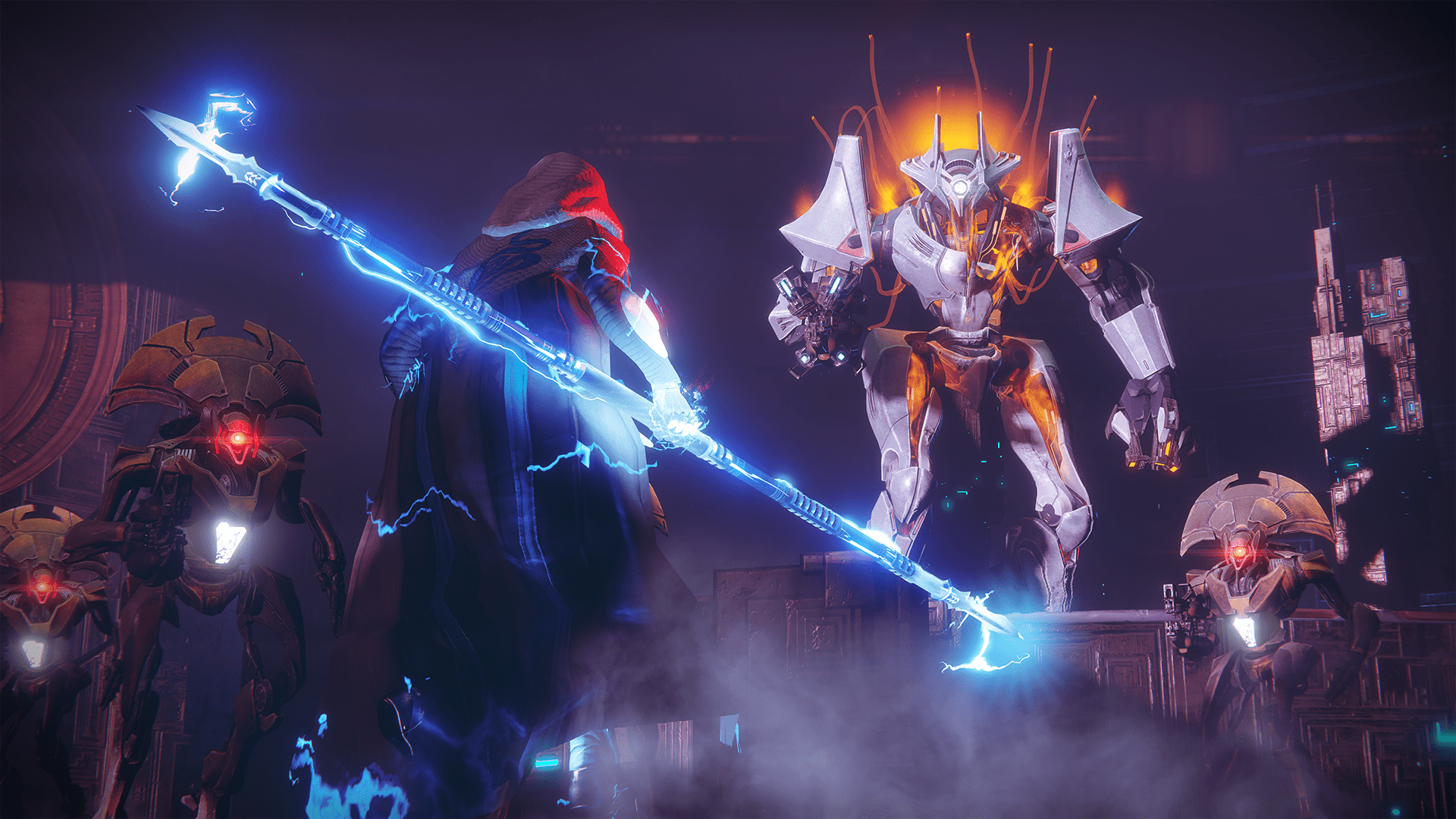 It is no secret that I love Destiny 2. Our love story, probably a better one than Twilight, started over 3 years ago and the fire burns bright up to this day. Our good friends from Sony Interactive Entertainment hooked us up with an exclusive sit down with none other than Luis Villegas and Steve Reinhart, Lead Engineer and Localization Manager respectively, from Bungie! I was in awe and giddy at the same time but barely thinking straight because I was starstruck. After gathering myself and taking a few deep breaths, we sat down and talked about our favorite game. 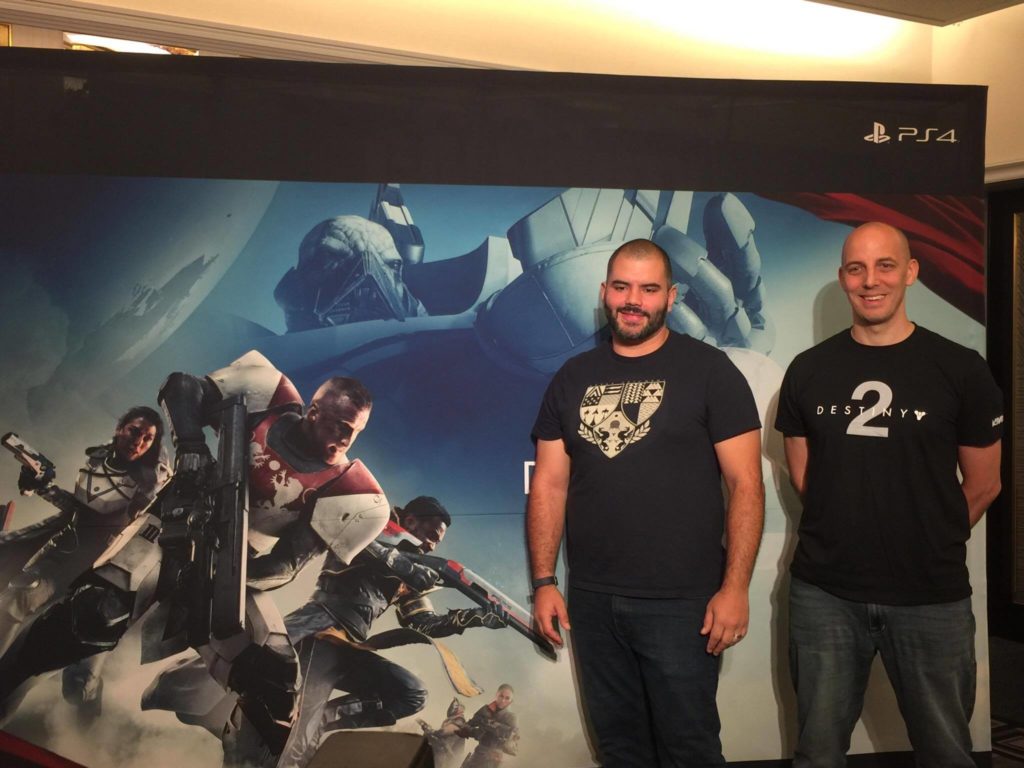 I was greeted by a “Oh you seem to know your stuff!”. After clocking in over 1000 hours into Destiny 1, I told them I was ready to waste more of my life into their evil game. Hilarity ensued and we got right down to the dirty business.

The Faction Rally event was just made official yesterday and Luis happily shared a couple of more details stating that the Rally is a timed event, but apart from the obvious, it could be possible that the event may or may not happen again. It was hinted that the Rally could be a recurring event similar to Iron Banner, but Guardians need to make the most of the time they have when the Faction Rally goes live because who know when it’ll appear again. Bungie wanted the faction system to feel like real factions by engaging the community into pledging their allegiance and working towards a faction goal with some sweet loot as a reward! Dead Orbit forever!

We then talked about the new Leviathan raid which recently went live and within hours, a group had already completed the latest challenge in the Destiny 2 world. Balance has always been a touchy subject with Bungie and in this latest installment, the team had worked towards making the game more accessible to new players while maintaining a challenge that would please seasoned veterans such as myself. The addition of guided games is a good system that works towards that goal, giving the community a chance to be more involved. While I consider the Vault of Glass to still be the best raid across the franchise, the Leviathan is a good challenge and guardians better be ready for more surprises when Hard mode hits.

Another hot topic was that of character balance and for Destiny 2, a number of skills across classes have either been removed or tweaked. Warlocks for example no longer have their resurrect skill and Titans have been given a sentinel shield along with an Arc staff for Hunters. Despite feedback that some classes have less utility than others, Bungie feels that each class offers unique value to fireteam compositions and a good mix of all 3 would be essential to finishing the activities that the game aims to provide. It was their aim that prior to jumping into the raid and completing some strikes, each team would thoughfully consider team loadout and composition, which has so far been a success throughout the past few weeks.

PVP has been a source of much controversy, with the meta seemingly being favored towards a specific weapon for extended periods of time. Bungie has assured us that they have been working closely with the community and the feedback given to make the gameplay as dynamic as possible while maintaining a balance that is not easily achieved. It is an ongoing and continuous effort on their part but as long as we keep playing and voicing out, they will continue to listen and improve their service. When asked about their favorite weapons, they could not help but laugh as they shared that several groups in their office each have specific favorites but Exotics such as the Sweet Business Auto Rifle and the Borealis Sniper Rifle were a few of the weapons mentioned. 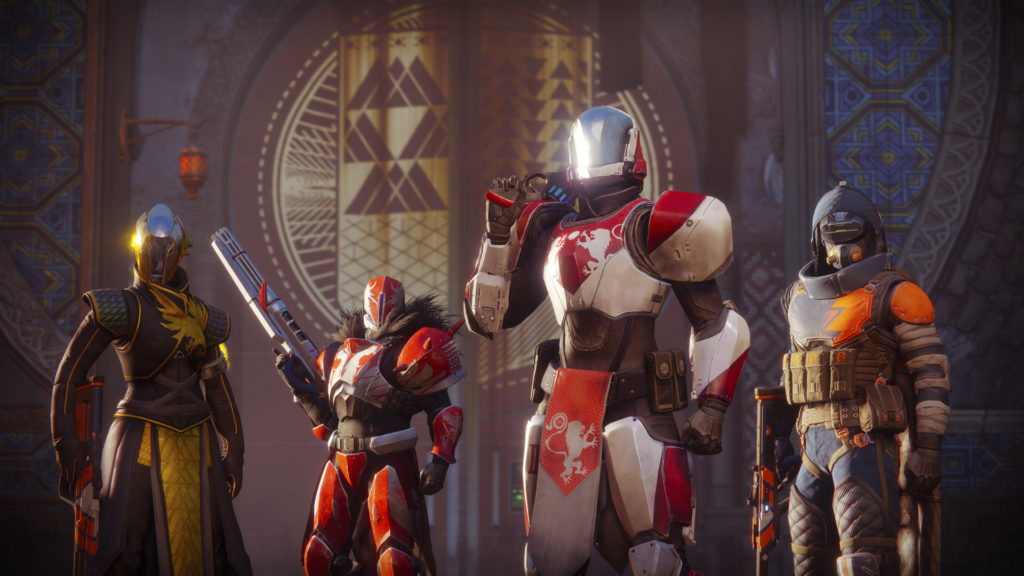 Lastly, and while I was a bit disappointed by the response, I understand that some things have to be kept a secret. I brought up the topic of expansions and future content and you guessed right, I received the “we can’t mention too much at the moment” spiel but was advised to wait for some “surprising” new content when the expansions go live. Maybe a new enemy type? Or new social activities like the return of the Prison of Elders? The waiting game starts.

It was a dream come true to get to speak to the people responsible for the game that has caused me thousands of hours that I can’t take back but then again, who’s complaining? After telling them that I actually brought my PS4 along to complete the weekly Nightfall and Raid activities with my clan, a smile across their faces could be seen and I knew that after that, I could spend another thousand hours. 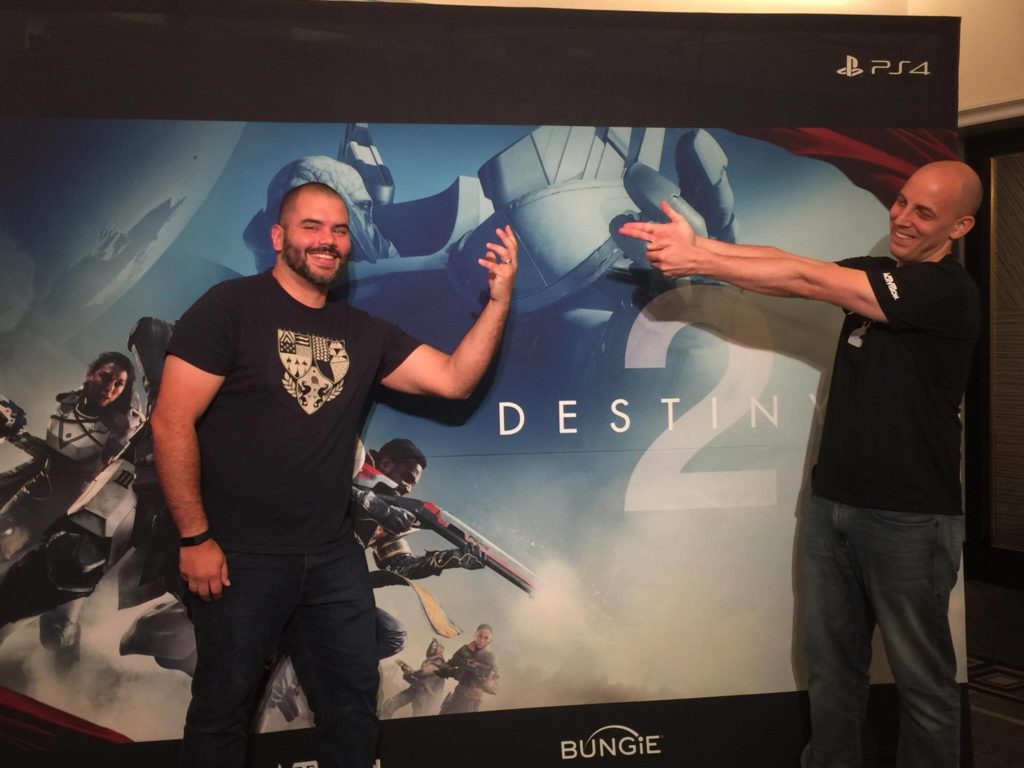