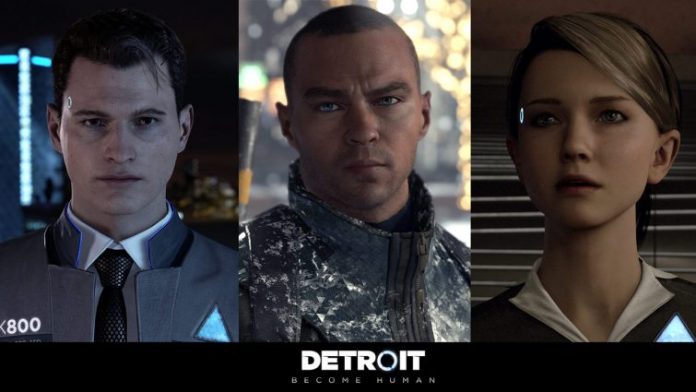 Ahh Detroit. After years of waiting from what was once a technical demo is finally here. By the time of publishing this review, it’ll be around a half day wait to get your hands on the game, depending on location. We’ve had a bit of a taste last year over at the Tokyo Game Show and last month, we got to play an early preview before the official demo hit the PS Store and while that was great, it left us wanting the full experience. Fast forward to release date and you’re probably wondering if picking up this game is worth it, especially after just shelling out your hard earned money at the recently released God of War. Join us for our SPOILER FREE review of the next big Sony Playstation 4 exclusive, Detroit: Become Human!

Kara, tell me a story…

It’s the year 2038 and the introduction of Androids has ushered in a new societal standard. Jobs have been taken from the humans due to this progress in technology and it is a setting now filled with tension as the humans try to take control back, and thus sets the backdrop for Detroit: Become Human (We’ll refer to it as Detroit from now on).

If Quantic Dream is known for anything, it’s that they’re capable of realizing a world that is cohesive and brimming with details that makes the whole experience a showcase in immersive storytelling. They’ve done it before and while Beyond Two Souls didn’t receive as much attention as Heavy Rain did, these guys know their storytelling and that much is evident in Detroit. While I could argue that the campaign is a tad bit too short for my taste, I cannot complain about the experience as a whole because it was something that was fun as it was equally amazing. From menu to opening sequence to the user interface as well as the soundtrack, everything is thoughtfully implemented into one cohesive and solid package.

You take control of 3 different androids throughout the whole game, each with their own purpose and story to fulfill. Kara the domestic assistant model, Markus the caregiver turned deviant leader, and Connor the prototype sent by CyberLife to assist the police in catching the deviants. You alternate between characters in short scenarios, usually ranging from 10-20 minute lengths, and it is within these bursts that you are given the chance to shape their future with the decisions you make. Will you let the suspect go? Will you choose to obey the command of your master? Will you cause havoc or finish the mission peacefully? There are literally hundreds of choices in the game that will lead to a different outcome which affects all future events and the beauty of the game lies in the fact that you will have to live with these choices (it is highly recommended that you play through the game once without reloading or restarting) and face the consequences of your actions.

As you progress in the game, you will notice that your “status” among related characters (Kara with Alice, Connor with Hank, etc) may increase or decrease depending on your dialog choices. Hitting a certain limit may unlock more choices and dialog paths as the game goes on, adding to the already numerous branches that the game presents to you.

Movement in the world is a bit sluggish, a very minor nitpick for me, but as with Heavy Rain, the whole experience is upped a notch by the innovative control scheme that Quantic Dream is known for. There is no set jump button or dash or dodge button in the game (the closest you have is R2 which is used to scan the environment) but each key will provide a different action depending on the situation. If you need to climb a ledge, a marker will show depending on what button to press. It’s really simple and fool proof when you think about it, but when the scenes shift to a chase or a fight, these button presses feel more tension filled since they can determine the outcome of the event. There are no complicated patterns or hack and slash type events here, so if you are looking for something a little more fast paced then this is probably not your cup of tea. Quick time events (QTE) abound here so your reflexes and decisiveness will be your weapon of choice.

More than meets the eye

Detroit is a visual treat and seeing videos of the game does not really give it justice as opposed to actually playing it. Cinematics blend into the game rather seamlessly and I’ll have to give props to the engineers at Quantic Dream because apart from the initial loading time of your save file, there’s very little load times throughout the game. Scenes hopping from one to the other will happen faster than you can say “Become Human” and it only gives you less time to really process what happened during the previous encounter.

There are times in the game where you will be pressured to complete actions within a certain time frame and doing so (or not doing so) will obviously change the outcome. More often than not, you are given free reign of what to do with no time limit but keep in mind that the game is rather linear in a sense that you cannot freely explore the whole setting and there is a specific set of actions that you will have to accomplish to move to the next objective. Sometimes though, taking too long will automatically progress the story, and you will be left with some actions that you could have completed but can’t anymore. This illusion of time in Detroit is a brilliant way to actually keep you glued to the screen and before you know it, it’s 3AM and you’re way past your bedtime.

A downloadable demo was released on the PS Store just recently and with it, you’ll be able to play the first scenario where Connor is sent out to defuse a hostage situation. While you could immediately go and negotiate with the suspect, taking time to search for clues as to who the deviant is, what his name is, and other fine details will actually allow you to negotiate more effectively, unlocking dialog choices and increasing the success rate for your task. If you didn’t bother, then you can probably expect things to turn sour as you try to save the hostage. It’s this attention to detail that highlights the brilliance of the script and forces you to really read and focus on what’s happening in the game.

Replayability for Detroit is surprisingly very good since you can replay specific scenarios (think of these as stages) in the game wherein you would want to unlock a new action path or dialog choice. You are shown a flowchart after you complete a stage and the flowchart will show you all of the branching options for the scene and where they branch out from, allowing you to run your next playthrough exactly the way you want it to. This is imperative if you would want to get that platinum trophy and Detroit makes the process that much easier for you, as you can expect to maybe cross out the trophy list in around 30-40 hours, while your first playthrough will net you anywhere from 10-12 hours. There are also extras you can unlock as you progress in the game using points you earn after every scenario. You can use these points to unlock 3D character models, sound clips, artwork, and much much more and while it may not serve any practical purpose, it’s a nice and welcome addition.

While playing, I’ve found that the driving force of the game lies within the issues that it raises. Whose side do you take? Will you defend your fellow humans despite all they’ve done? Or do you sympathize with machines that have put the humans in a compromising situation? Do you serve your master with unwavering obedience? Do you break the rules in the name of what’s right? These are just some of the questions that you will have to face in the game and Detroit presents itself as the perfect medium to tackle these choices and bring to light discussions and decisions you wouldn’t have normally bothered to involve yourself in.

I found myself questioning what was the right thing to do multiple times in my playthrough, something that most games fail miserably at. At some point, I was legit pissed at the humans for doing what they do to these androids and you really start to wonder whether what you are doing is right because from their point of view, they probably think that what they are doing is right as well. It’s all a matter of perspective and Detroit does that so well, weaving a connected story that’s fulfilling and relevant at the same time.

If you’ve noticed throughout this review, I’ve never made any mention of Kara, Markus, or Connor’s personalities, behaviour, and other traits. It was intentional, because that’s just how the game is built, you can make it your own story and choose to make the world and the characters your own as well. It’s very personal, and Detroit strikes a great balance with these details and while it is ironic, count on the androids to lead you to answer what it is that really makes us “become human”. 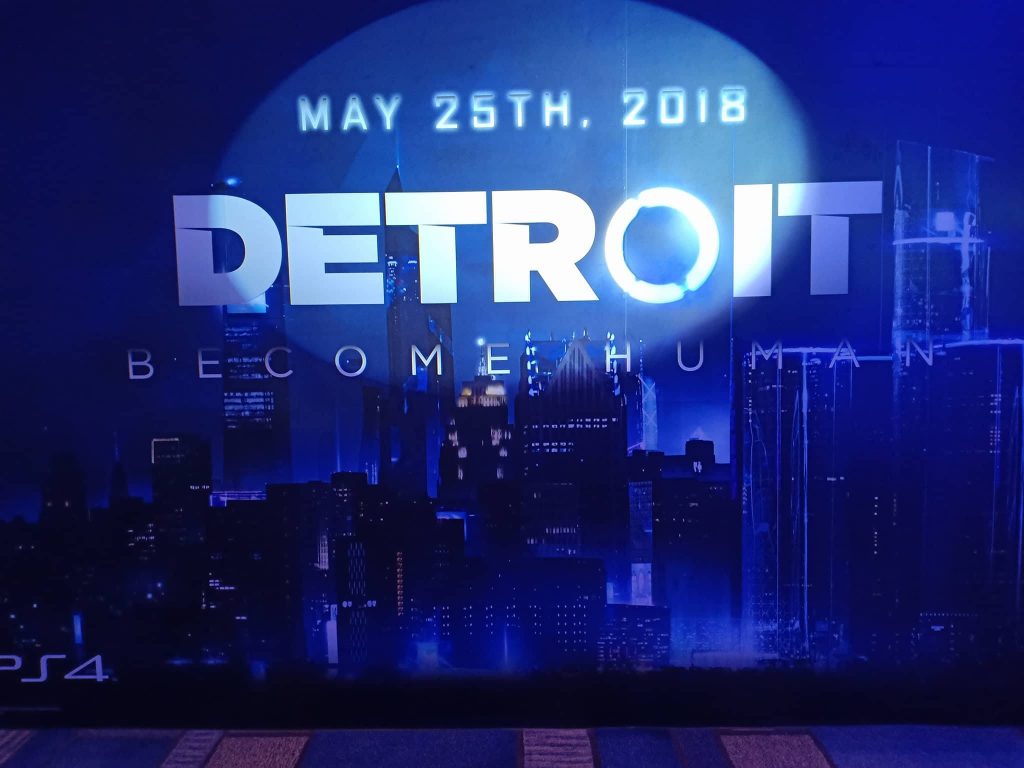 The amount of years we’ve waited on Detroit: Become Human was well worth it, as the game absolutely delivers a memorable gaming experience through the power of storytelling. While story based games is not for everybody, games like Detroit are meant to be experienced by everyone at least once, and I assure you that you will not be disappointed throughout your journey in the shoes of Kara, Connor, and Markus. Detroit has a marvelous story that’s waiting to be told and it’s up to you to decide how you want your story to be.

Detroit: Become Human will be available exclusively for the Sony Playstation 4 on March 25, 2018 so make sure to check your local retailers for a copy!

*The game was reviewed on a PS4 Pro through a review code provided by the publisher.

Detroit: Become Human is a triumph in immersive storytelling much to the delight of Heavy Rain fans. With the story being flipped to see the POV of the androids, you really get to feel for their struggles as the game is a massive testament to good writing and direction. While the base story may run a bit short depending on how you play it, the replay factor is quite high and would net you anywhere around 30-40 hours to fully complete.Detroit: Become Human Review | Relevant, thought provoking, and fantastic