Is this laptop TUF-enough for your geek lifestyle needs? 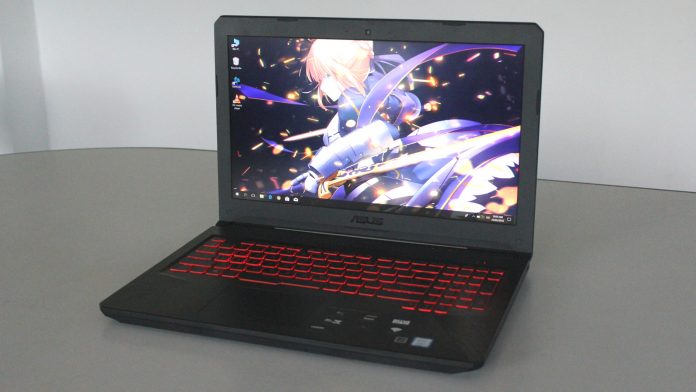 If you ask gamers, most will probably know about ASUS ROG laptops; after all, ROG is ASUS’ brand for their best gaming machines. Recently, they’ve released a new line of laptops – the TUF series. TUF laptops are ASUS’ latest offering for entry-level gamers looking for reliable gaming machines that won’t break the bank. 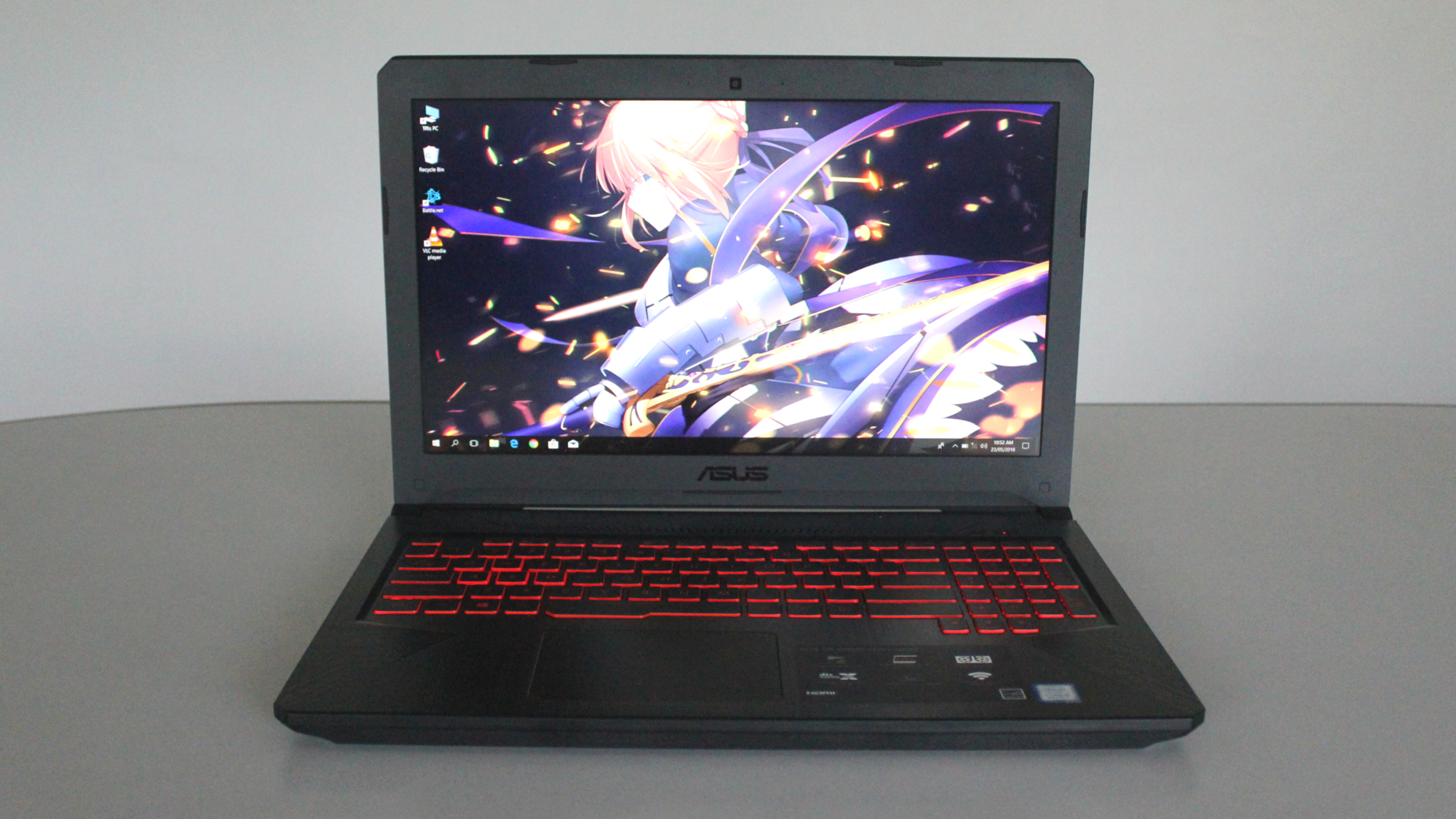 Speaking of not breaking the bank, ASUS recently let us play around with their most accessible laptop yet, the ASUS TUF FX504. The FX504 promises to be a reliable companion for everyday gamers, and its packed with hardware that should deliver.

Does the TUF FX504 fit your geek lifestyle though? Read on to find out! 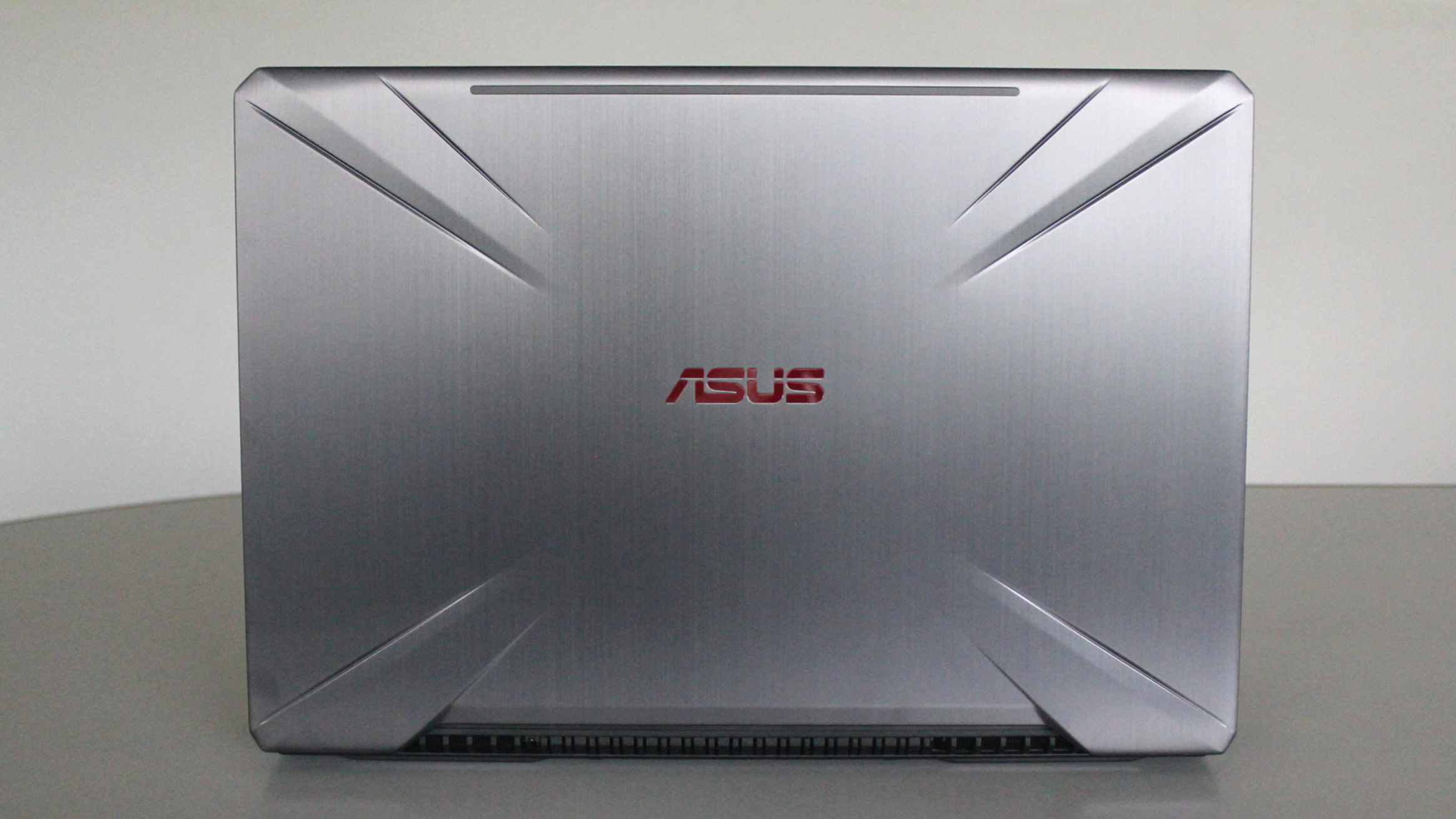 Usually, gaming laptops have distinct designs that scream “I AM A GAMER!” While not everyone is a fan of the loud style of typical gaming laptops, most would probably find that the TUF FX504 is one heck of a looker, especially in the Premium Metal version (and yes, the ASUS logo glows red). From the back, it’s subtle enough that it won’t stick out too much in the office, but it has some distinct lines that adds to the laptop’s cool factor. 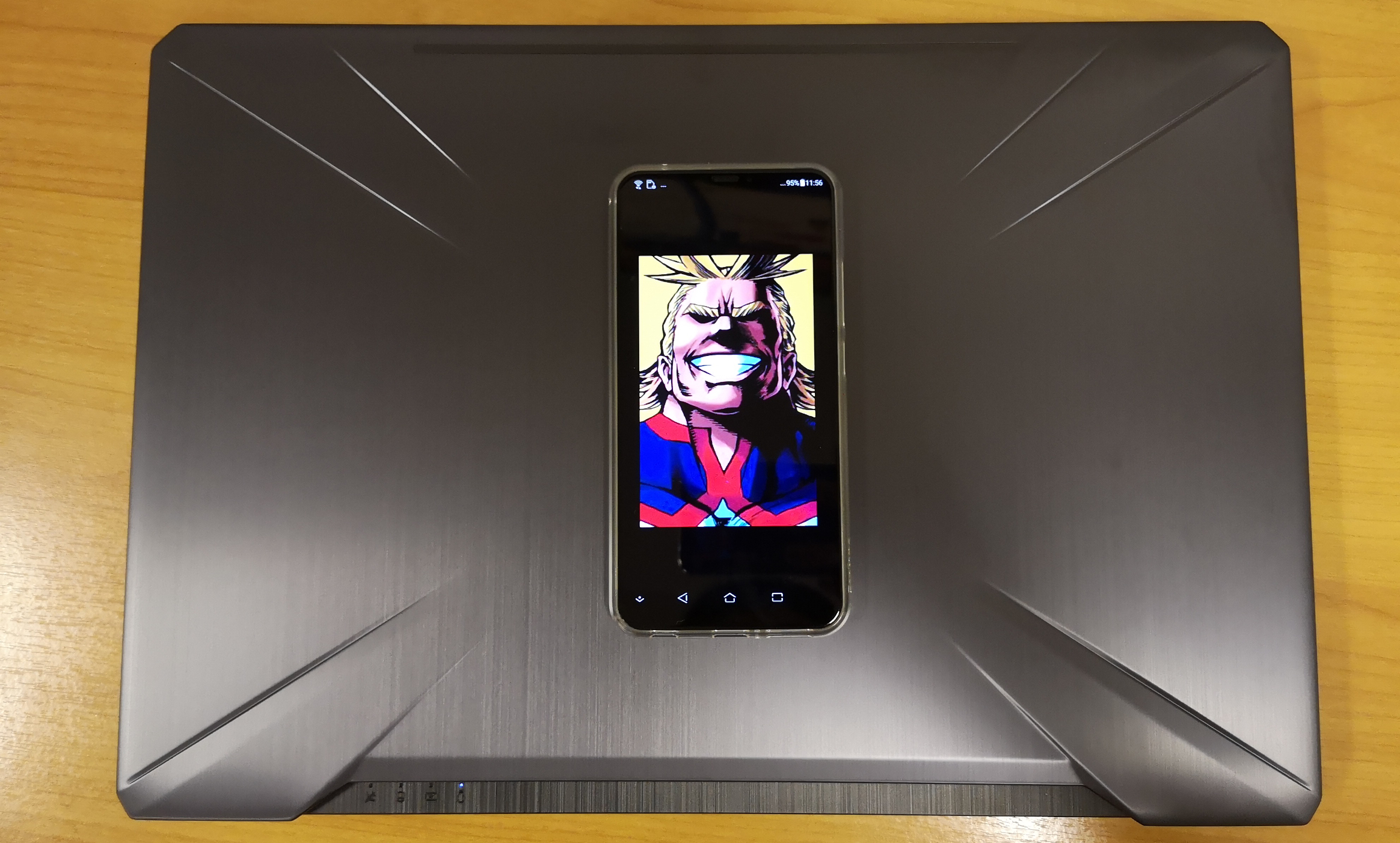 Plus, they look like ANIME LINES! Don’t you agree All-Might? 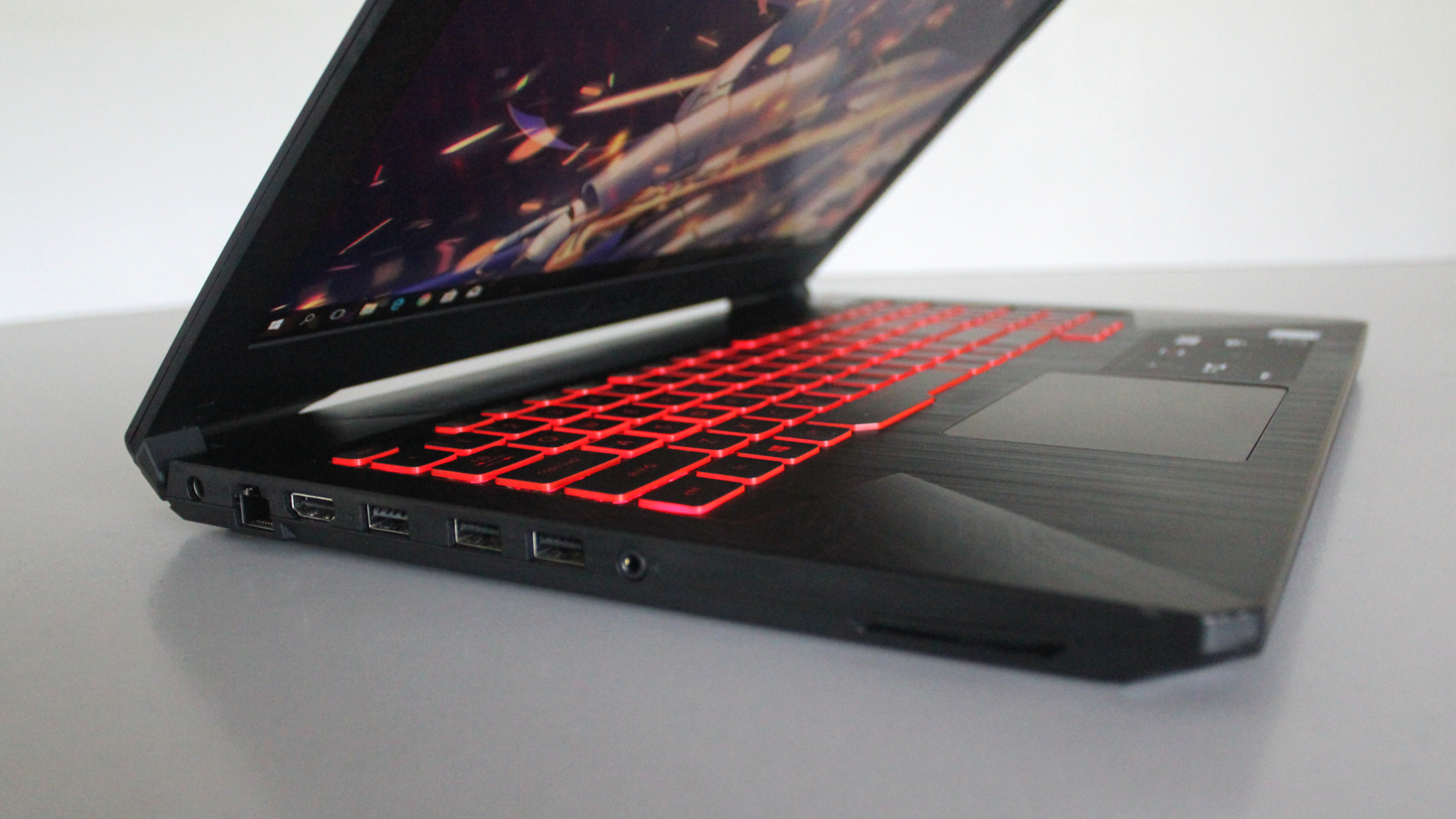 Connectivity-wise, the FX504 has three USB ports, an HDMI port, an ethernet port, and a 3.5mm headphone jack. All these ports are conveniently found on the left side. 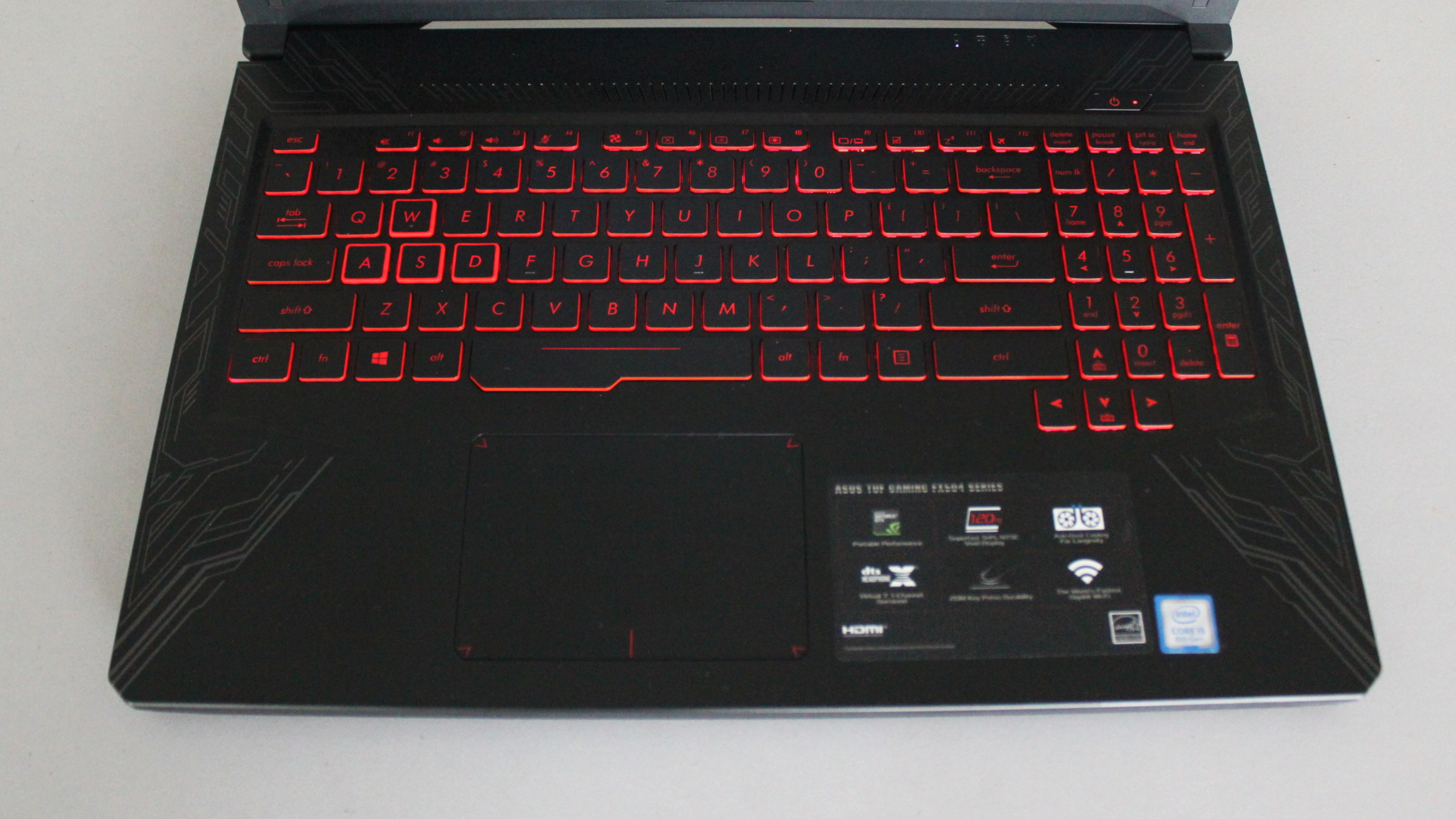 While it’s fairly subtle from the back, it has a more distinct design from the front. There are even awesome-looking patterns flanking the red-backlit keyboard, which should up your gamer-cred. Overall, it’s one sweet-looking laptop, as its balances the loud “GAMING” design with enough subtlety for everyday use. 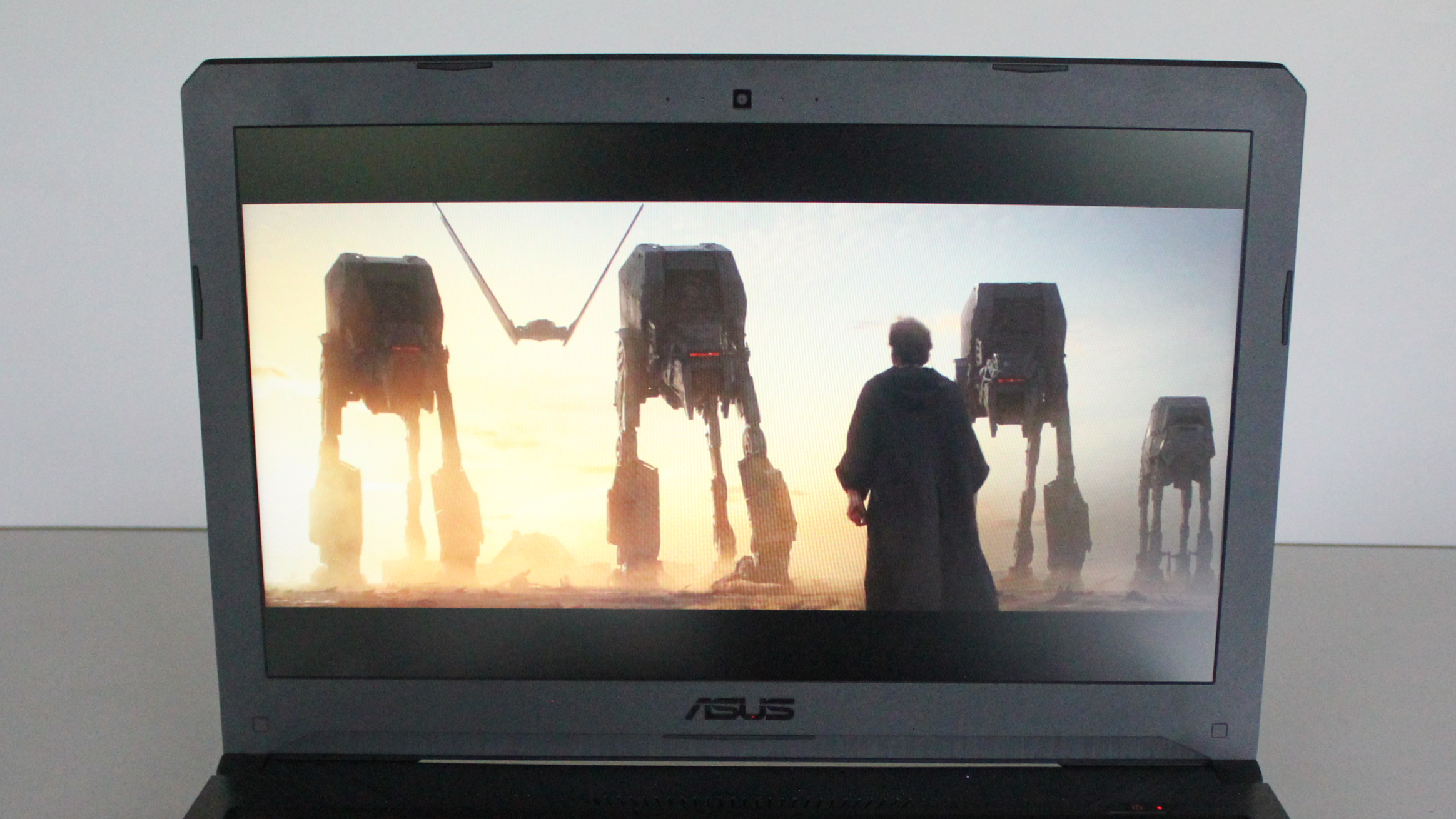 ASUS outfitted the TUF FX504 with a 120Hz Full HD screen, meaning that it’s a step up for most gaming laptops when it comes to gaming. But what about for binge watching anime/tv series? I’m happy to report that the FX504 is absolutely fantastic for your next binge sesh. 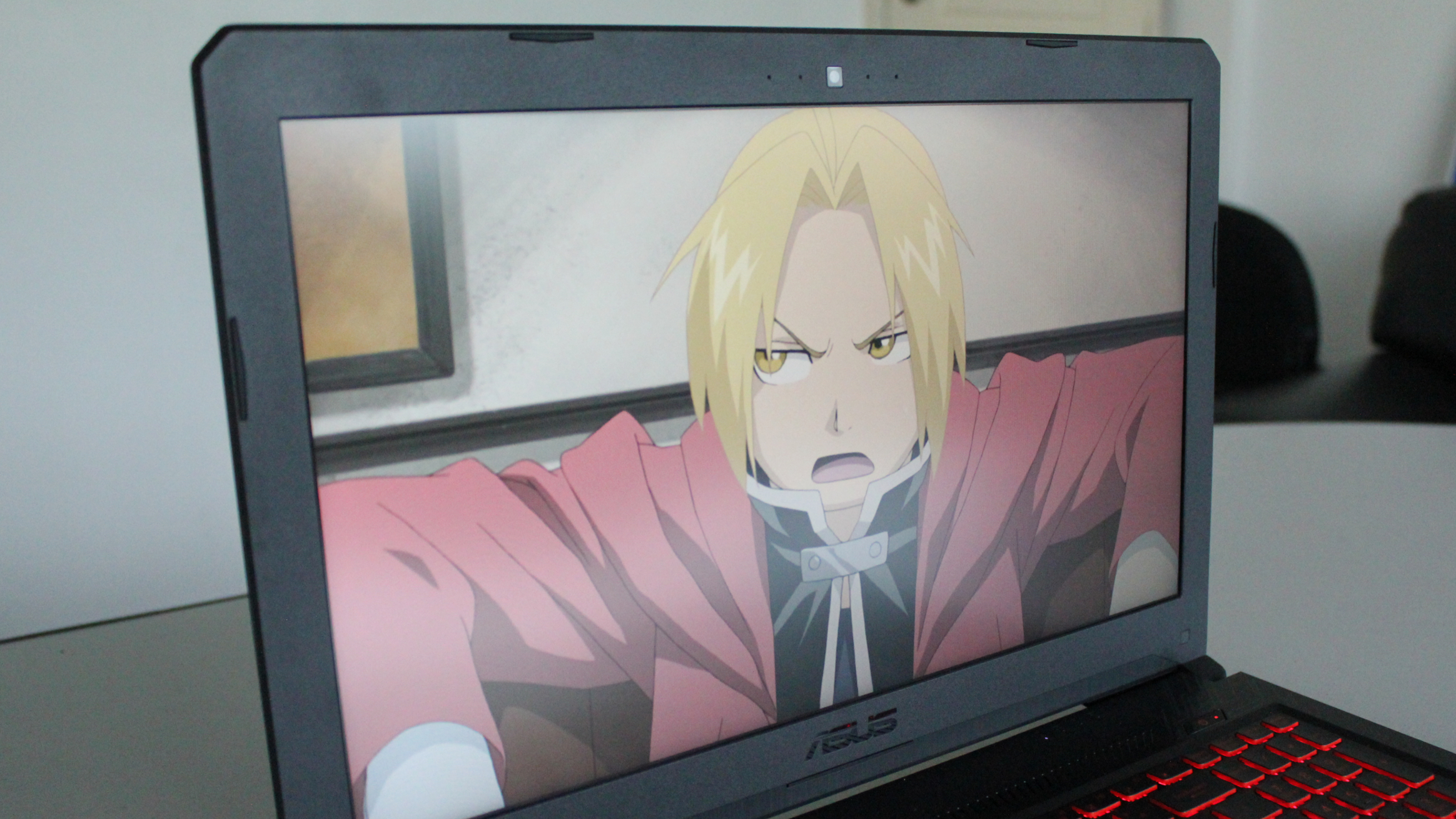 The Full HD display is crisp and vibrant, perfect for watching colorful anime or movies. It also gets plenty bright, so you’ll be able to see what you’re watching even in bright rooms with lots of sunlight. Plus, the display has a wide viewing angle, so you can view your show of choice even from the sides. 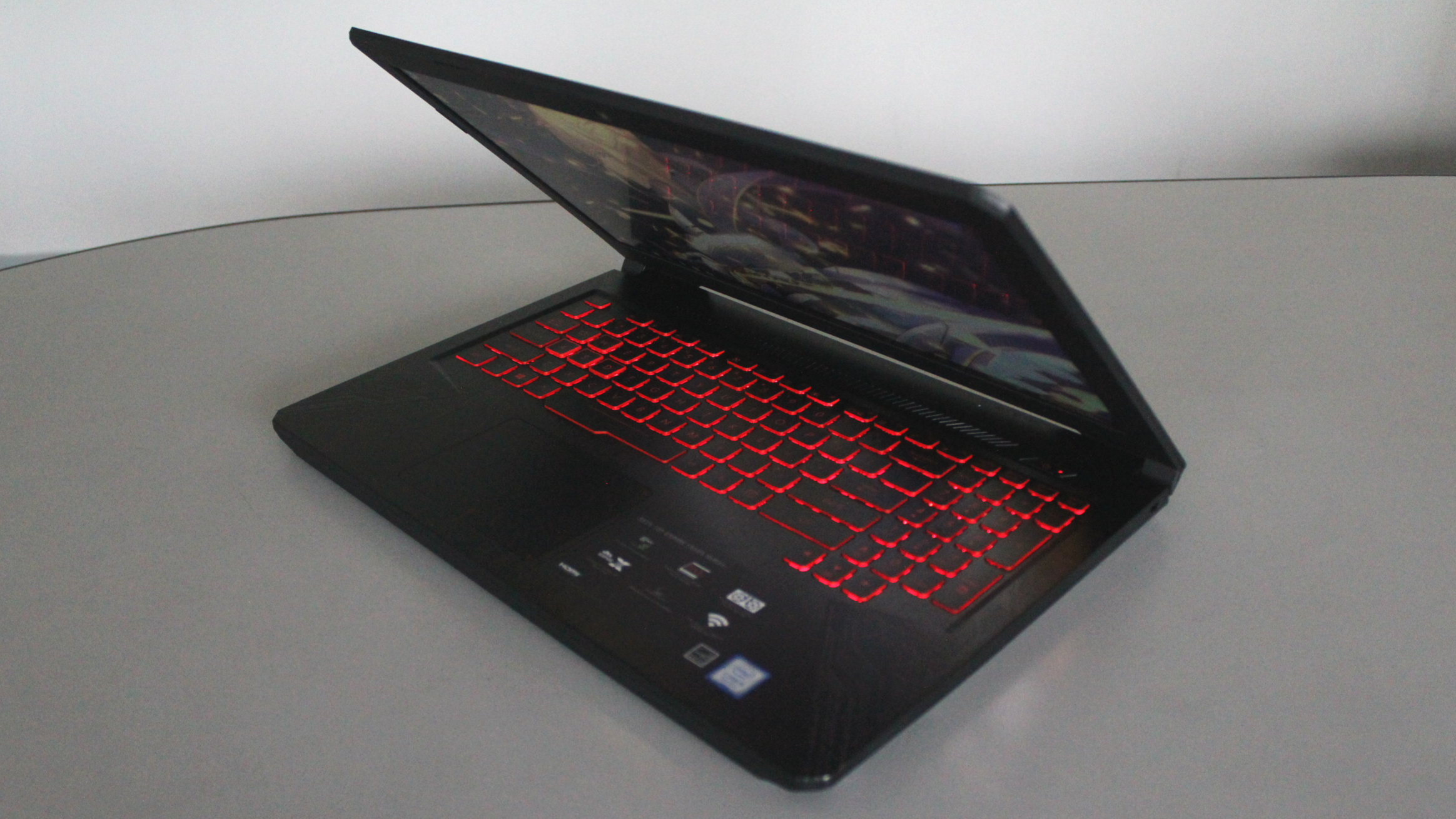 While the display is awesome, the FX504’s speakers could be better. Sure the audio output is clear, but it lacks bass and it doesn’t get too loud, so good luck when watching something in a noisy environment. If you’re planning to watch with friends on the laptop, you better have an external speaker.

Audio output from the headphone jack is good though, so it’ll be better if you use headphones when alone. 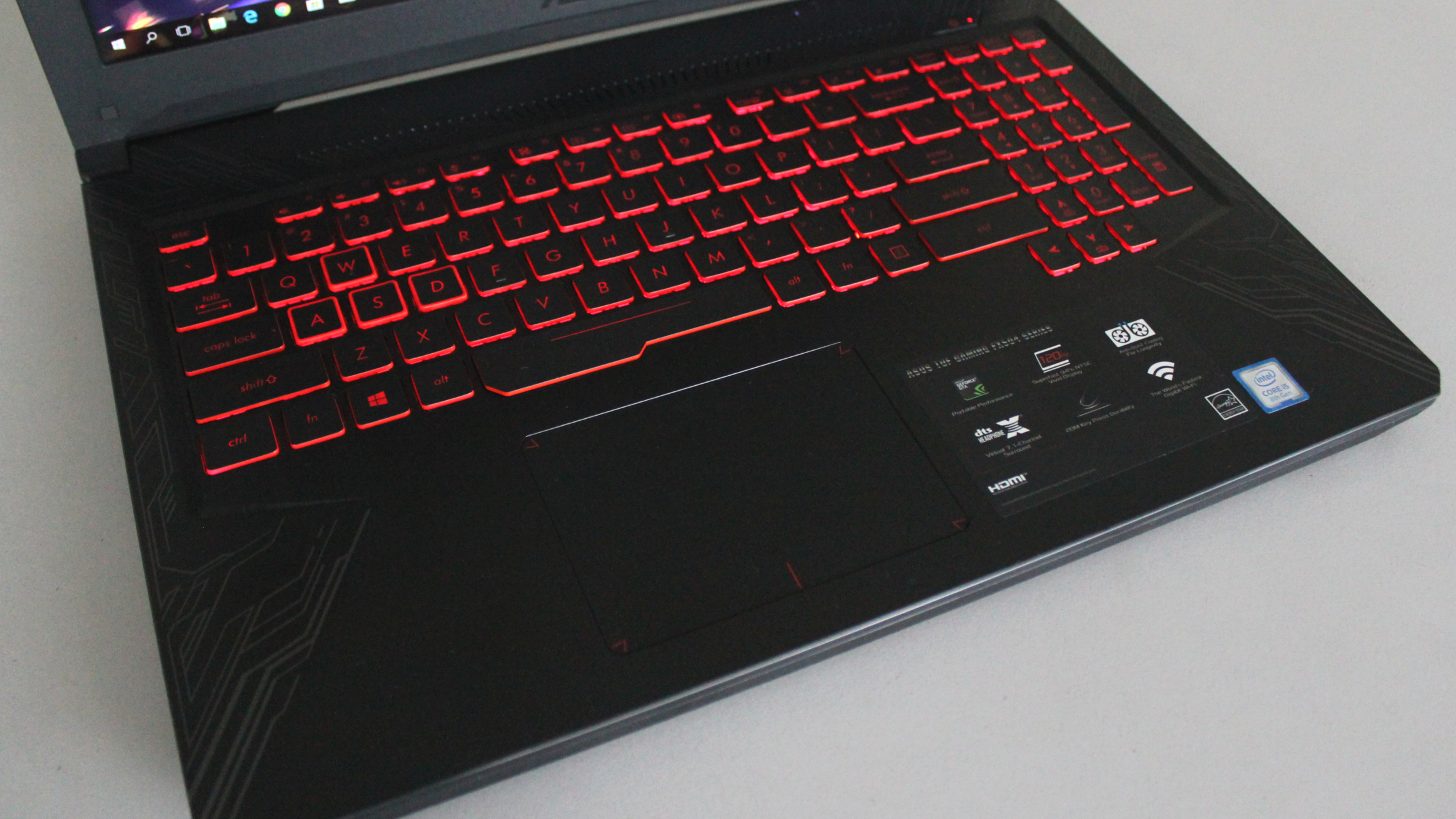 The FX504 comes with a full keyboard that has 1.8mm travel distance and curved keycaps. The keyboard is comfortable to both type and game on, but it does feel a bit mushy compared to other laptop keyboards. It’s plenty functional and playable, but if you’re spoiled by mechanical keyboards, you’ll be disappointed with this one. 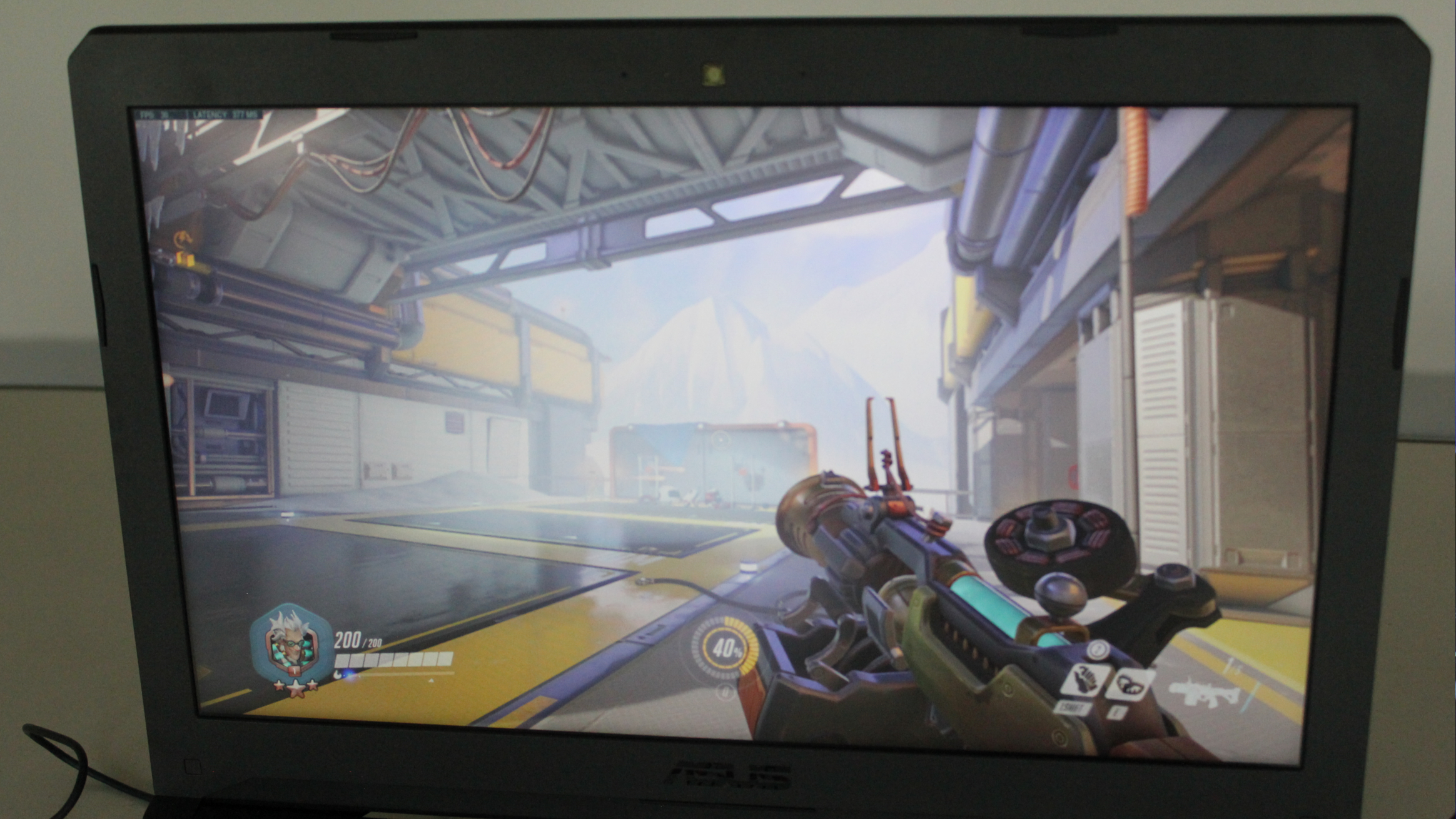 ASUS outfitted the TUF FX504 with an 8th Gen Intel Core i5-8300H, along with an NVIDIA GeForce GTX 1050. With these specs, I expected the FX504 to handle today’s popular multiplayer games such as Overwatch on high with ease. Though when I tried playing Overwatch, what I got was a stuttery experience. I had to put the graphics to lower settings to make it more playable. 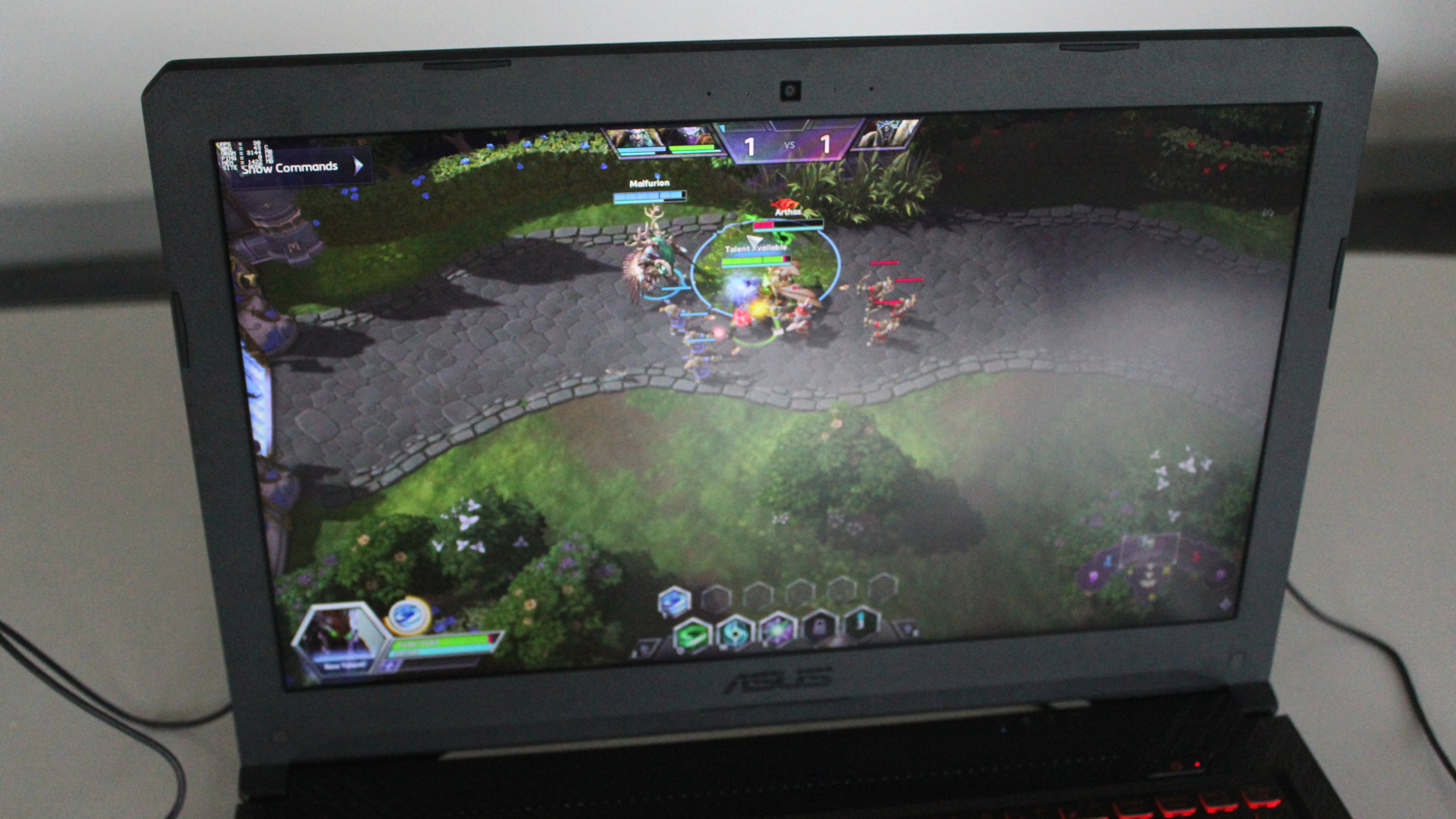 I then tried Heroes of the Storm, along with less-intensive indie games. The gameplay was much more playable on high graphics settings for those titles, but there were still some stutters throughout gameplay on HotS. This was unexpected, as the hardware should be more than capable of running esports titles.

Then I saw the problem; the TUF FX504 in this configuration only has 4 GB of RAM, which is not enough for a gaming laptop nowadays. I mean, just running one game can max out RAM usage, leading to stutters in-game. Though we imagine that the FX504 will be a much better gaming machine when you add in more RAM and it will probably have around the same gaming performance as ASUS’ GL503. 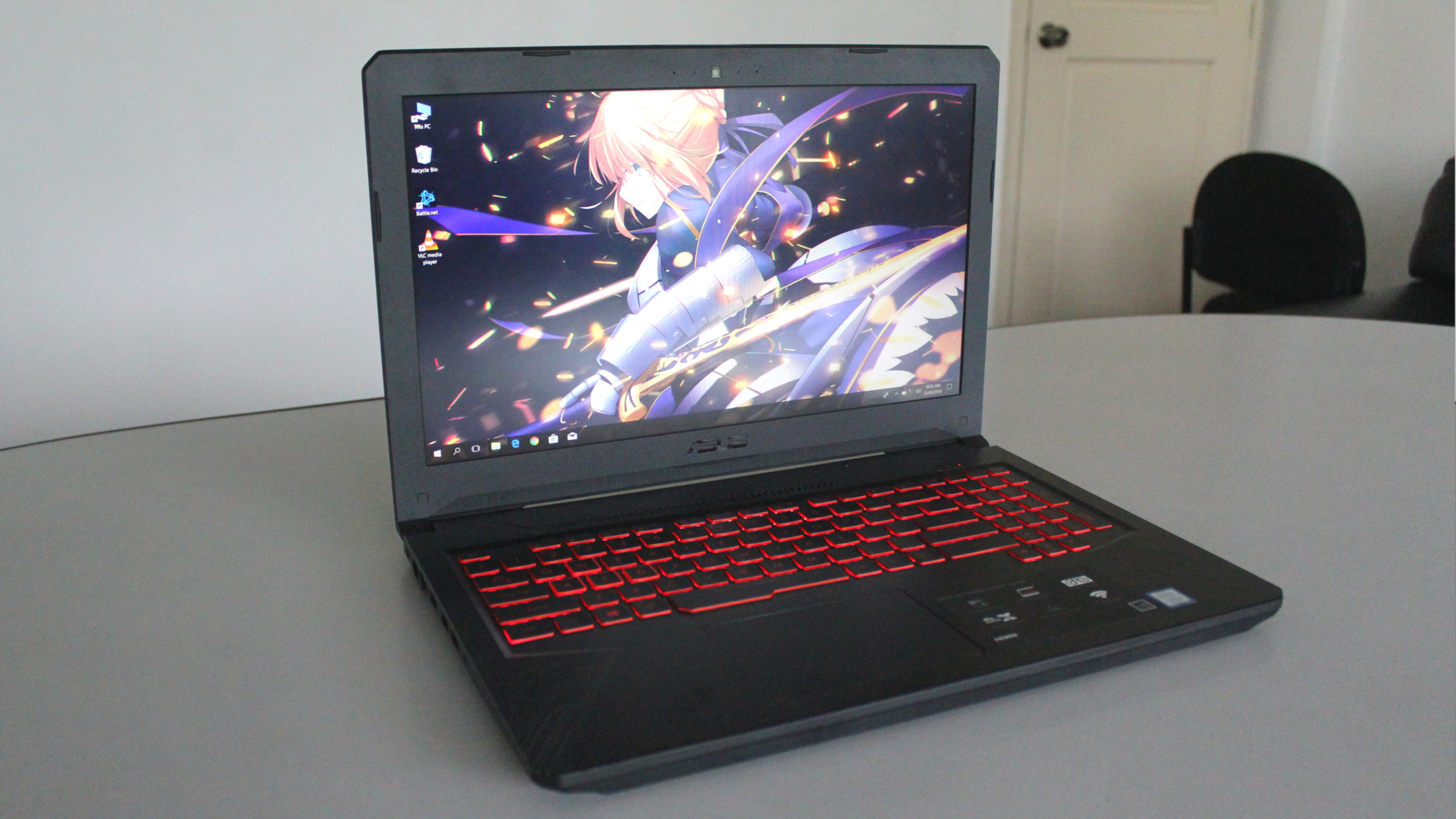 Gaming on the FX504 out-of-the-box was disappointing, though it made up for it when I tried it out for everyday use. It’s very light for a gaming laptop, and when used for typical work tasks, the FX504 is a smooth thanks to the 1 TB Seagate Firecuda SSHD storage. The SSHD is said to be faster than typical hard drives, and in my usage of the FX504, it’s true. Loading programs, and even booting up the laptop is a bit faster thanks to the SSHD; though don’t expect it to be SSD-fast.

As for battery life, I didn’t expect too much given that it is a gaming laptop. Though it did decently well for everyday tasks, as it lasts around 3-4 hours when browsing and/or watching videos. Mind you, this was on high performance, meaning you can likely squeeze some more life out of the battery if you turn down the brightness. 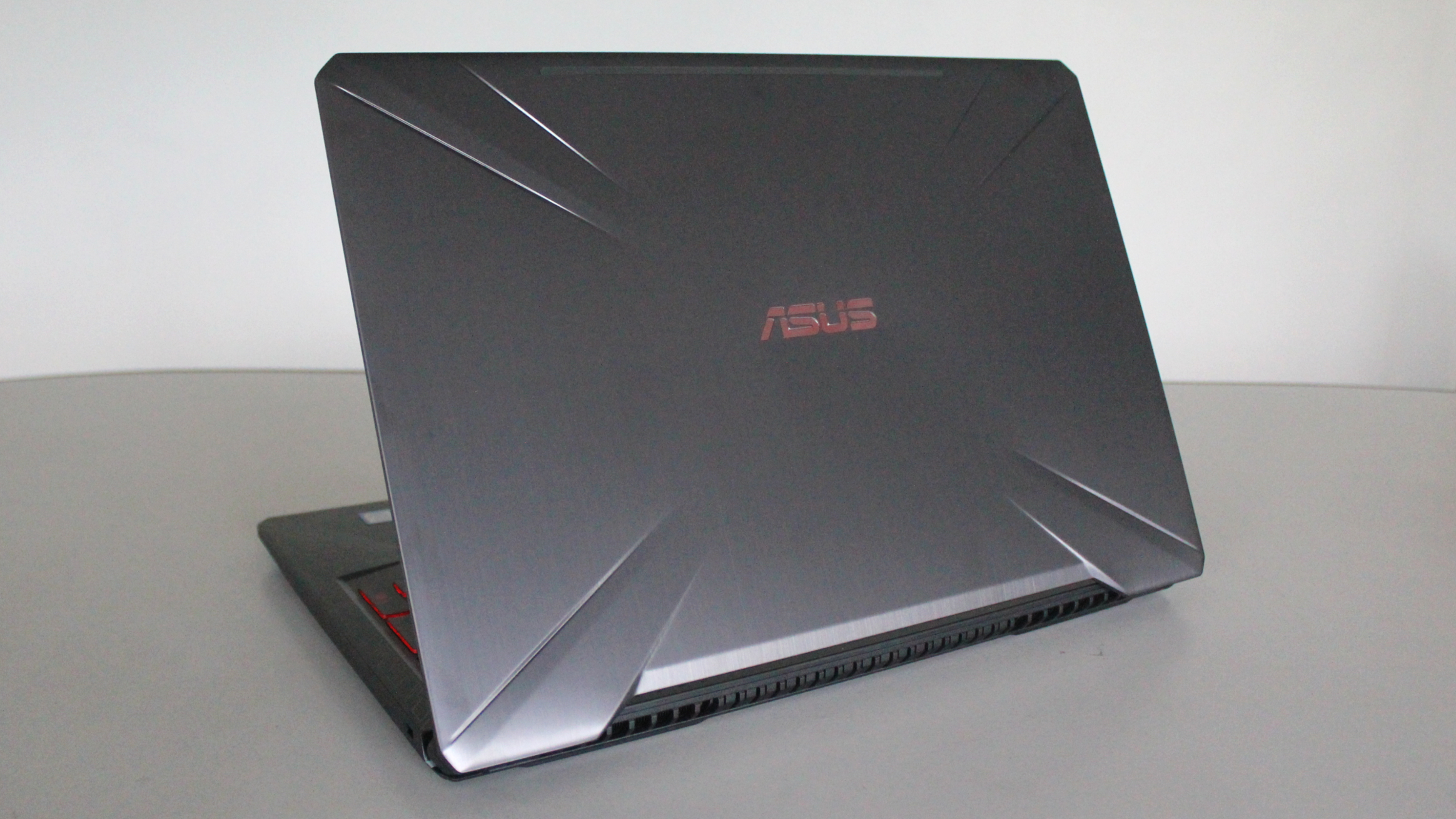 The ASUS TUF FX504 has a lot going for it; it has great looks, a nice crisp display that’s perfect for binge watching, and it’s a dream to use for everyday tasks. Though it is a gaming laptop, and it disappointed in that regard. It has all the hardware you should need for esports titles, but it dearly needs a RAM upgrade. The speakers and keyboard could also be better, but they’re far from bad.

If you’re looking for a gaming laptop that won’t break the bank, the TUF FX504 is still worth a look, though be sure to put in some more RAM when you buy one.

The TUF FX504 has a lot going for it, including a great display for binge-watching and quick loading times for everyday tasks. Though this particular configuration suffers from a lack of RAM, meaning it will struggle even with esports titles on high graphics settings. Though with a RAM upgrade, the FX504's rating will probably shoot up to an 8 or a 9 out of 10. Geek Lifestyle Review: ASUS TUF FX504 Gaming Laptop