EA had a low-key pretty good lineup of announcements. 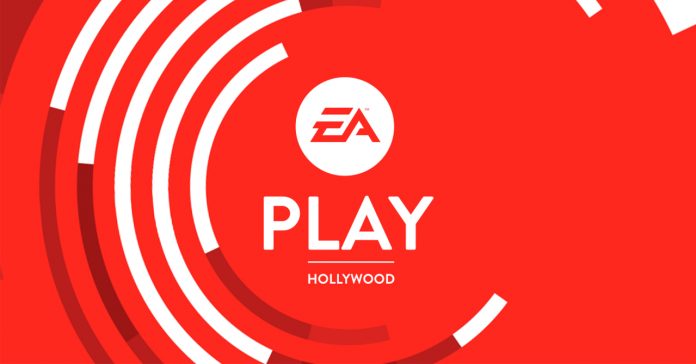 E3 has always been the event where the biggest and best(est) announcements in the gaming world happens. Though I didn’t expect too much from EA’s press conference at E3 2018, especially as they’ve already revealed Battlefield V last month.

Now that the EA press con is over, I can confidently say that my socks have not been blown off by the announcements. Though I do have to give credit to EA; while there were no big surprises, the press con did not disappoint.

In case you missed out on the press conference, here’s all of EA’s major announcements:

One of EA’s highlight games at E3 is no doubt Anthem, an online multiplayer shooter in the vein of Destiny. While the game was already revealed at last year’s E3, only this year did EA showcase Anthem’s gameplay.

EA’s games usually have great graphics, and Anthem is no exception. Based on the four minutes of gameplay, Anthem’s graphics is jaw-droppingly good. The gameplay itself looks interesting as well, with players having a ton of cool abilities at their disposal.

READ: Anthem release date finalized for February 2019 along with 4 minutes of gameplay

Developed by BioWare, Anthem is set to be released on February 22, 2019 for PC, PS4, and Xbox One. Sure, BioWare may have dropped the ball on titles such as Mass Effect: Andromeda, but I’m still holding out hope that they’ll deliver for Anthem.

Battlefield V may have been announced last May, but EA only just revealed details about the game’s multiplayer modes. Battlefield V still has the series signature destructible environments, and it has a focus on team-play with its Squad System.

Though the biggest news regarding Battlefield V is its Battle Royale mode. Thanks to the popularity of Battle Royal games such as PUBG and Fortnite, it seems every developer is jumping on the BR bandwagon. Here’s hoping Battlefield does the game mode right.

READ MORE: Battlefield V starts EA Play with a Look into its Single and Multiplayer Modes!

If shooting up Nazis in Battlefield V or exploring a new world in Anthem is not your cup of tea, then Unravel Two is just the game for you! Yarny returns in this direct sequel to EA’s puzzle-platformer Unravel, and this time he’s joined by Blue Yarny for co-op platformer goodness.

Unravel Two looks to be a fun and relaxing game, a 180 from EA’s other games. The best part about it though is that it’s available now for the PS4, Xbox One, and PC via Origins.

READ: Yarny returns for Unravel two and you can play it starting today

Battlefront II may not be the most popular of EA’s games, especially as it caught flak for its unfair microtransactions. Thankfully, it seems that EA has come to its senses with the upcoming Battlefront II updates which include new game modes and hero from the Clone Wars.

Though the most exciting Star Wars related announcement at E3 Play is Star Wars Jedi Fallen Order! It’s an upcoming Star Wars game that takes place in between Episodes 3 and 4. No concrete details have been released about the game, but EA said that it will be released during the Holidays of 2019.

Finally, EA showcased a new trailer for Sea of Shadows, an upcoming indie adventure game. Based on the trailer, Sea of Shadows should be a game indie fans should be excited for, with its gorgeous visuals and moving soundtrack. It’s reminiscent of ‘indie art games’ such as Journey or Limbo, and I can’t wait til it gets released in early 2019.

- Advertisement -
Previous article
Toycon 2018 Tour! – The activities and events at this year’s Toycon POPLIFE FanXperience
Next article
NieR Automata is Coming Digitally to Xbox One June 26