Let's get ready to rumbleeeee! 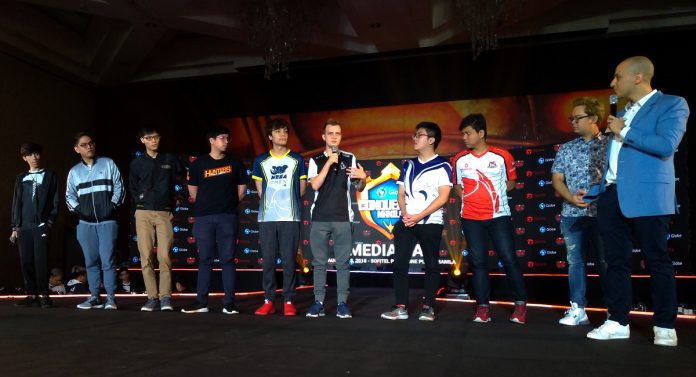 Amidst the howling winds and the torrential downpour here at Sofitel Philippine Plaza, the temperature here inside the Luzon ballroom is anything but chilly as the Globe Conquerors, the large League of Legends tournament that the region is looking forward to this weekend, officially starts today! 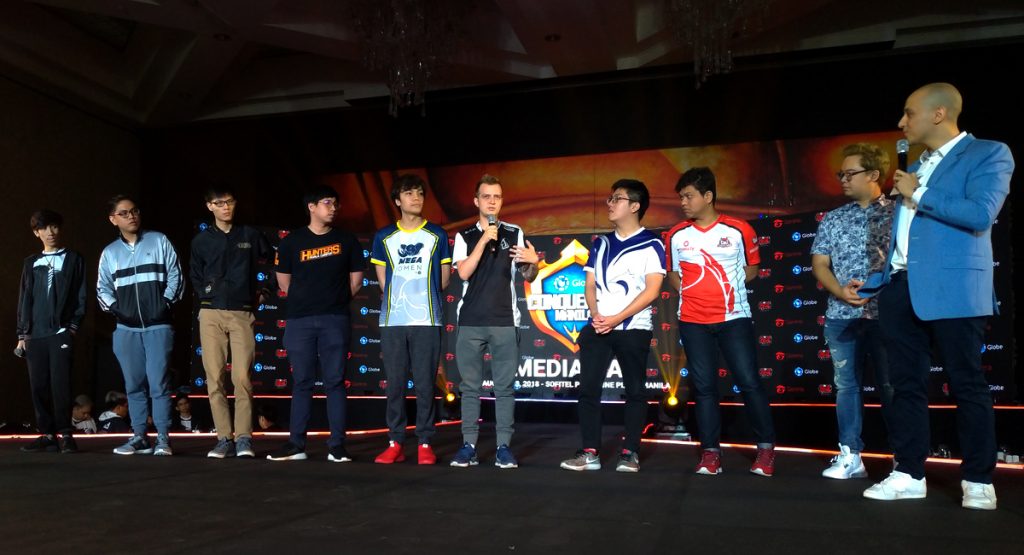 Eight of the best LoL teams across the region will battle it out for $250,000 USD prize pool (roughly 13,250,000 pesos) and, more importantly, a direct invite to Worlds 2018. Ascension Gaming, Bigetron Gaming, Hunters, Resurgence Gaming, Mega, TAT, Arkangel, Mineski all vie for a seat at the Worlds!

Happening across two days, the MoA Arena will once again be the seat of glory for Philippine eSports as multitudes of LoL fans lay witness to another awesome weekend of world-class MOBA battles! The Philippines is home to a robust League of Legends fan base and, interestingly enough, this is the first time a major League tournament in the Philippines will be given the big arena treatment. This is thanks to the joint effort of Globe Telecom, Garena and Riot Games. This trifecta of Publisher, Developer, and Telecommunications Provider ensures a bigger, world-class gaming experience for everyone involved.

In a press event earlier this year, Jake San Diego of Globe Telecom reiterates that this partnership isn’t just a one-off effort of any of the companies but a continuing effort of all involved to ensure that eSports, particularly of the games that Pinoys enjoy and thrive, would continue to evolve and grow. “More things are on the horizon,” says San Diego when asked what the future is after Globe Conquerors. Clearly, the coverage of the winner to the Worlds will be handled carefully by the marketing machines from Globe.

The Globe Conquerors will also house another Celebrity Show Match, a similar endeavor from previous League of Legends Rampage events in the country. Now on its 3rd leg, the Celebrity Show Match adds a social-dimension to the match up with specific objective-based actions added into the mix. Each objective ticked off will add funds to their own prize pool  (i.e. every Hero kill will add x amount of pesos to the fund) which will then be donated in full to the Hineleban Foundation – an environmental conservation group that aims to reforest the high mountain ranges of Mindanao.

On one side of the Celebrity Show Match we have Sinio, Ashley Gosiengfiao, Empoy, Cowsep and Christian Bautista facing off against Mikael Daez, Megan Young, Shehyee, Jack Reid and the President’s son, Baste Duterte. Christian Bautista was at the press con earlier to express his excitement on the upcoming weekend. “I consider myself a casual gamer”, Bautista said when Eri Neeman asked him about his LoL geek-cred. But he did consider himself a gamer thanking his dad exposing him to Atari (lakas maka throwback). So, we’ll see how he performs this Saturday at 3:55pm.

If you want in on the action, be sure to get your tickets now HERE as we hear the tickets are getting sold out FAST!

Globe Conquerors happens this Saturday and Sunday (August 18 and 19) at the MoA Arena.

- Advertisement -
Previous articleHold on to your wallets, OPPO announces the arrival of the OPPO F9!
Next articleBeef up your PC with ASUS’ new AMD Gaming Motherboards