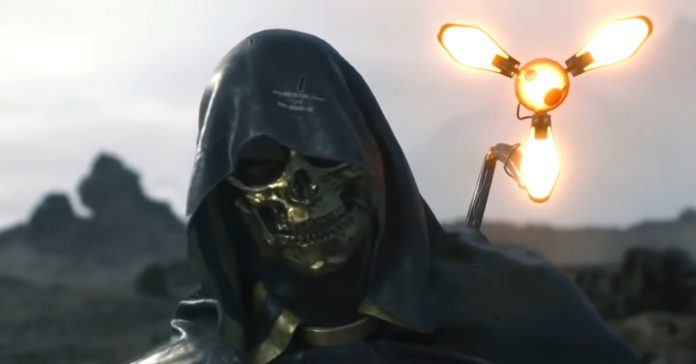 Announced earlier this month, Hideo Kojima took the stage at the PlayStation booth at this year’s Tokyo Game Show. As promised, Kojima revealed more Death Stranding info, along with a short new trailer for the game.

In typical Kojima fashion though, the new trailer is another trippy and confusing ride; but it’s definitely more action-packed compared to the ‘slower’ E3 2018 trailer!

Check the trailer out for yourself here:

The new TGS trailer seemingly shows an enemy boss fight, with a mysterious masked man summoning an insane-looking beast. While no gameplay was shown, it does hint that the game will be action-packed (it won’t just be a delivery simulator)!

The masked man in the trailer will be played by actor Troy Baker, who is probably one of the most in-demand voice/mocap actor right now. Baker’s inclusion in Death Stranding certainly ups the game’s already all-star cast (with actors such as Norman Reedus, Mads Mikkelsen, Lea Seydoux, and many more).

Aside from the new trailer, various Death Stranding character art by Yoji Shinkawa was also revealed. Check them out below:

Sadly though, a release date for the game is yet to be announced.