5 reasons to catch the Chilling Adventures of Sabrina on Netflix tomorrow!

This ain't the teenage witch you used to know! 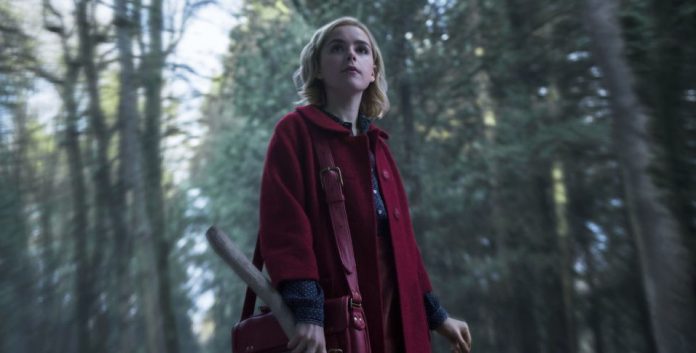 After the spooktacular party from the folks at Netflix for the Chilling Aventures of Sabrina, we knew we just had to watch more of this upcoming series slated to premiere on October 26. After all, they’ve already given us a treat with the pilot episode, we had to ask for more. 5 episodes in and we’d have to say, we’re bewitched! It’s a fantastic binge watch and if you’re on the fence on how to spend your weekend, let us help by giving you a few reasons on why we’re seeing a “netflix and chill” kind of weekend in your near future!

It’s an all new (and darker) retelling of Sabrina 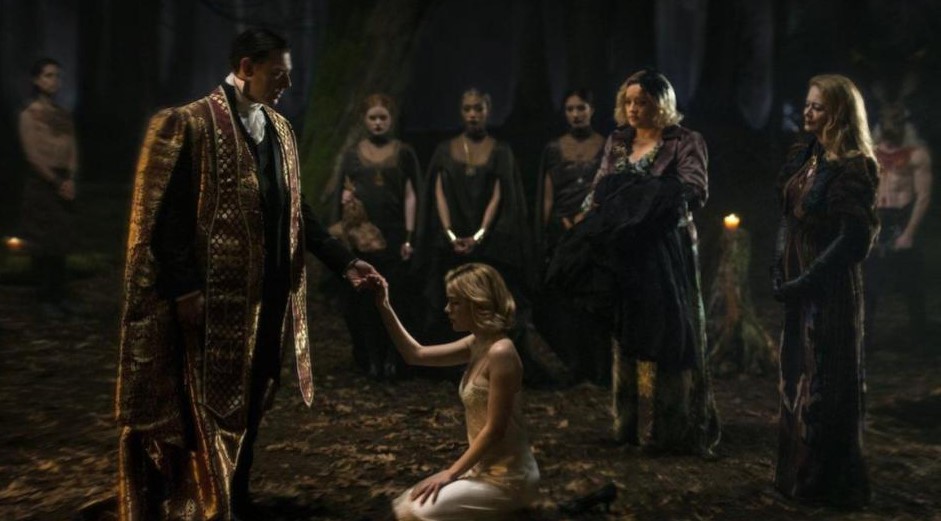 If you’ve just recovered from the experience that is The Haunting of Hill House, you may want something a wee bit lighter and Sabrina is the perfect witch’s brew. This isn’t the Sabrina that you’re used to. It ain’t a sitcom and it isn’t a bright and colorful teeny bopper show, in fact it’s quite the opposite as you’ll find out just minutes into the first episode. The show is dark, it’s themes are a bit more serious and coming from the title itself, “Chilling” is a very appropriate word.

Sabrina is about to turn 16 and in her “world”, instead of a cake and some balloons, there’s the Dark Baptism, a ceremony wherein celebrants will pledge their allegiance to the dark lord. Sounds creepy, yeah? By dark lord, yes I mean Satan himself. Sabrina straddles the tightrope between her mortal and witch lives and the struggle here is one that actually gives heart to the character and to the show. Between her balancing act in school and her coven, Sabrina’s story is that of a coming of age, but with gruesome undertones.

The Chilling Adventures of Sabrina is nothing like the show from 20 years ago, and that may in fact have been the best thing this series could have done with it. That’s not to say that the show doesn’t have some goofy moments, mostly highlighted by Sabrina and her high school friends, but we’re here for her witch life and it’s arguably the best side of her by far.

Sabrina is a pint sized bucket of girl power 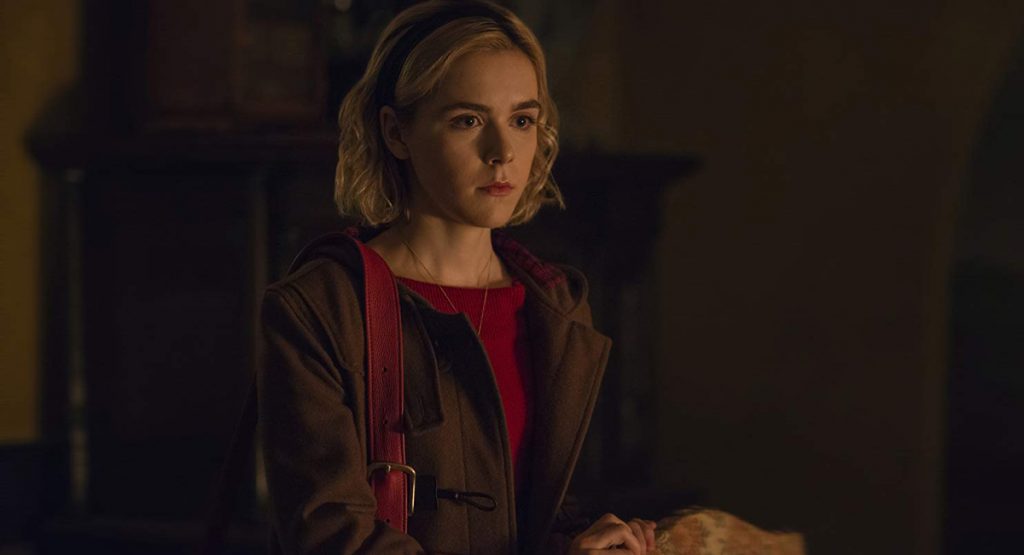 Apart from being a half-witch born with supernatural powers, Sabrina lives her mortal life very much in the defense of her peers as well. She embodies women empowerment and is a (dark) force to be reckoned with. She hates bullying, as evidenced in the first episode, and will go to certain lengths to ensure justice is served. It’s refreshing to see shows that treat females as strong and independent characters and the Chilling Adventures of Sabrina revels in the fact that it’s these ladies that run the world, both on the mortal and supernatural side of things.

Amidst a mostly female cast, the show is a treat to watch thanks to these ladies and with Sabrina at the helm of it all, 10 episodes is definitely not enough! 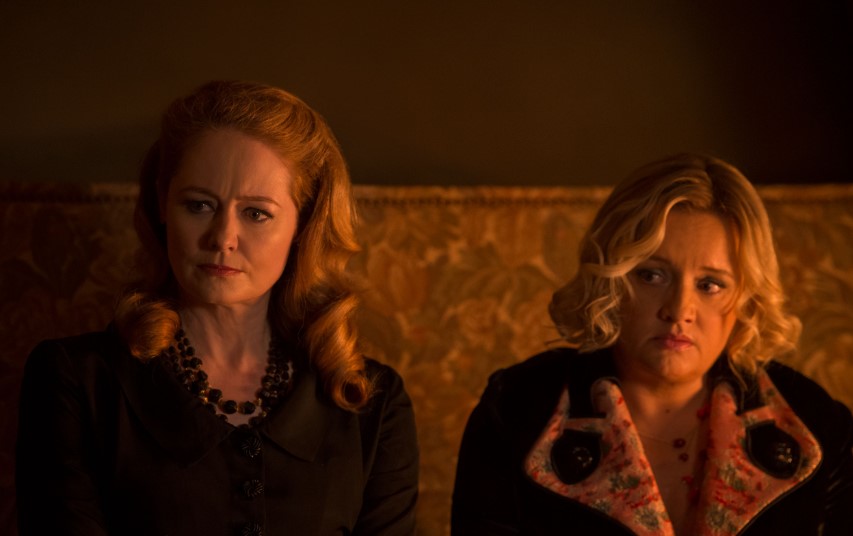 The entire cast in this series is superb… ok maybe not everyone, but for the most part on the Witch-y side of things, casting is great. From Miranda Otto, who portrays Zelda Spellman, one of Sabrina’s aunts, to Tati Gabrielle as the leader of the Weird Sisters, these roles are certainly brought to life by their wonderful portrayal.

Chance Perdomo as Ambrose, Sabrina’s cousin, is a wonderful and charming character as well, one that has Sabrina’s well being into heart and often shows his endearing side more than he has to. At the other end of the spectrum, Richard Coyle plays Father Blackwood, a high priest from the Church of the Night, who plays a fantastic antagonist to which Sabrina is at odds with.

And of course, who can forget about Kiernan Shipka, who is the perfect Sabrina for this show. At times, she may even pass as an Emma Watson look alike, who coincidentally is kind of an awesome spellcasting character herself!

Just in time for the spooky Halloween season 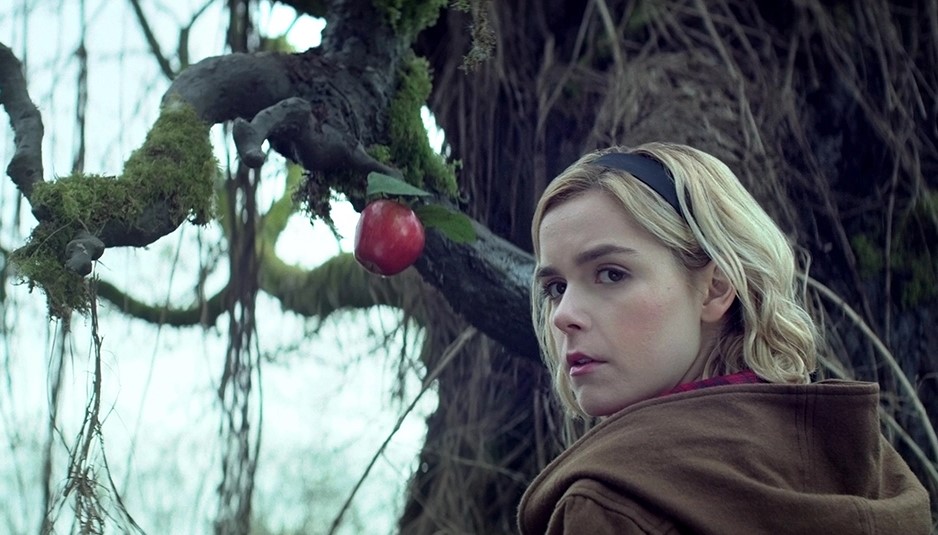 If you’re in dire need of the spooks this Halloween season, then Sabrina has more than enough to fill you up. As mentioned, the show can get a bit dark for the most part, and not just slightly dark – how about some satanic worship, selling your soul to the devil kind of dark? That said, this version of Sabrina is more mature than its 20 year old predecessor and that’s more than enough reason to pique your curiosity. After all, wouldn’t you want to find out how chilling her adventures can be? It’s already been confirmed for a second season so now is the best time for you to see what the fuss is all about! 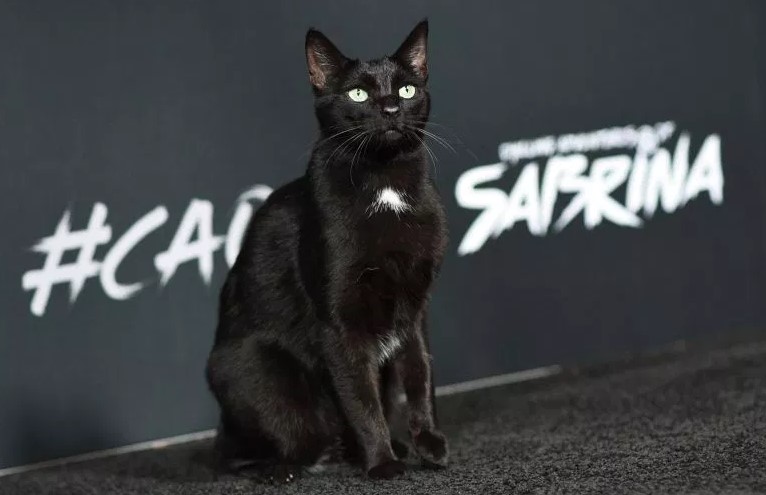 What’s a Sabrina show without her ever trusty cat. Salem serves as Sabrina’s guardian throughout the series and will save her behind a few times too many, proving that in fact a cat does indeed have 9 lives. Who doesn’t like cats? Especially when it’s this furry beauty who can double as your guardian angel as well! 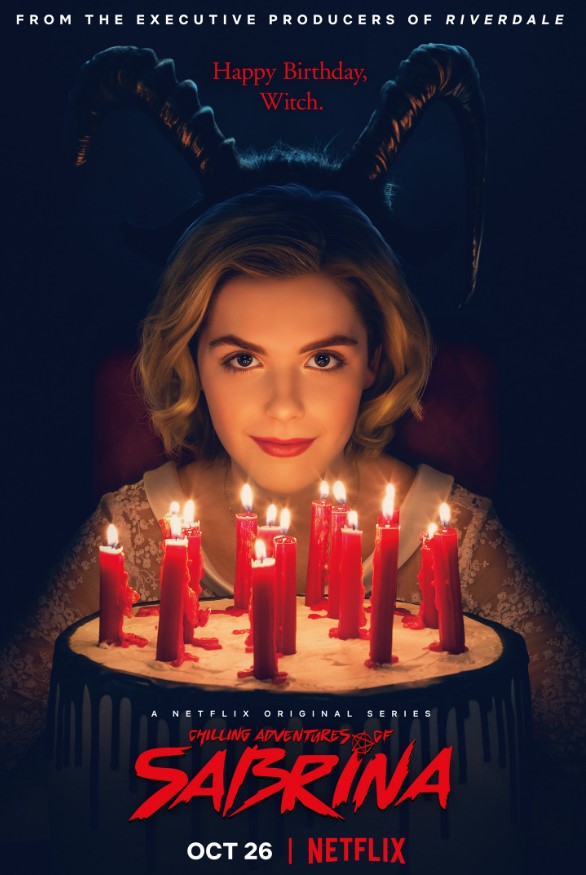 Catch the Chilling Adventures of Sabrina, from the creators of Riverdale, as the 10 episode series premieres on Netflix on October 26, 2018!

- Advertisement -
Previous article
ESGS 2018 promises a hype weekend to remember for gamers!
Next article
Think you’re good at NBA 2K19? Conquer the court and compete for a 10,000$ prize pool!