The KonoSuba movie just got its first teaser video 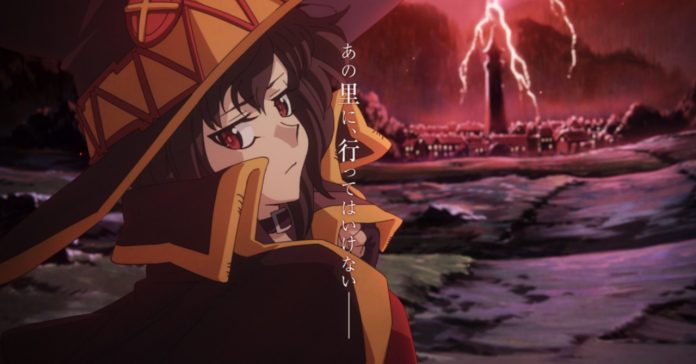 Announced back in June, the KonoSuba (Kono Subarashii Sekai ni Shukufuku o! or KonoSuba — God’s blessing on this wonderful world!) movie just got its first teaser video! While the video didn’t reveal much about the movie, it did show us a bit of how the KonoSuba characters would look like in the movie given that the movie is being animated by JC Staff (instead of Studio DEEN).

Watch the teaser video for the KonoSuba movie here:

As with the upcoming second season of One-Punch Man, the KonoSuba movie is being animated by JC Staff, which led to a bit of a change in Megumin’s look. Though it remains to be seen if the rest of the main cast will also see some style changes.

While it’s being produced by a new studio, the movie will retain the previous two seasons’ director Takaomi Kanasaki, as well as the voice cast including Jun Fukushima (Kazuma), Sora Amamiya (Aqua), Rie Takahashi (Megumin), and Ai Kayano (Darkness).

The KonoSuba movie is set to be released in Japan sometime this 2019.

- Advertisement -
Previous articleIt looks like a new Persona 5 project is in the works!
Next articleLenovo rolls out its new Intel Optane-powered devices in the PH