He is now the second confirmed LGBTQ character in the game! 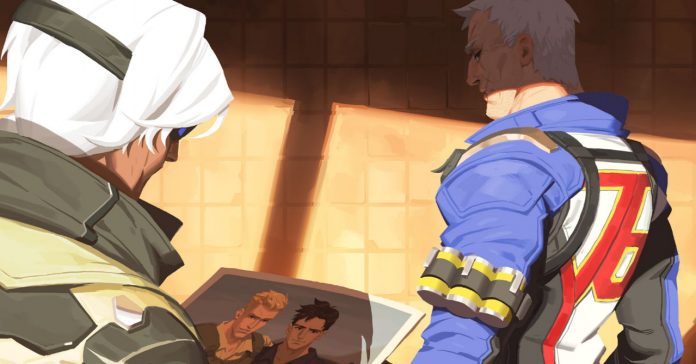 The short story takes place after the Old Soldiers comic where Ana and 76’s encountered former teammate and friend ,Gabriel Reyes aka Reaper. In Bastet, it’s revealed that Jack (Soldier: 76) gave up on his relationship with a man named Vincent in order to continue his duty in Overwatch.

BASTET: A fierce protector arises from the shadows . . .

In case that wasn’t enough to confirm Soldier: 76 as gay, Michael Chu himself confirmed the news shortly after Bastet’s release:

Thanks for all the messages about “Bastet”!

Jack and Vincent were in a romantic relationship many years ago. Both identify as gay. ❤️

Now as for Overwatch fan reaction regarding the news, most fans welcomed Soldier: 76 being gay, though there are a lot of people with reservations regarding its execution. Some fans believe that 76 being gay is good, but that it was out of nowhere and wasn’t hinted at properly. This criticism is fair, especially as Tracer’s sexuality was revealed in a nice heartwarming comic back in 2016, not just a short story.

Even though the execution may not be perfect, Soldier: 76 being an LGBTQ character is certainly very welcome! More LGBTQ representation isn’t a bad thing, especially as there still aren’t that much gay characters in mainstream (or Triple-A) video games.