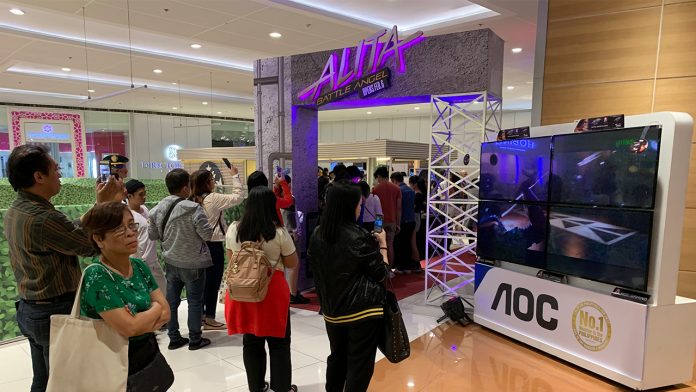 Alita: Battle Angel is definitely still a must-see movie for me. I personally recommend it to everyone I come across and to everyone who asks. I mean, if you wanna get more specifics into my thoughts about the film WITHOUT being spoiled, you can check out the review I released earlier on. That being said, the HYPE AIN’T OVER FOLKS! AOC, a global-leader in display technology who also became the number one monitor brand of the Philippines in 2017, partnered up with Twentieth Century Fox for Alita: Battle Angel. 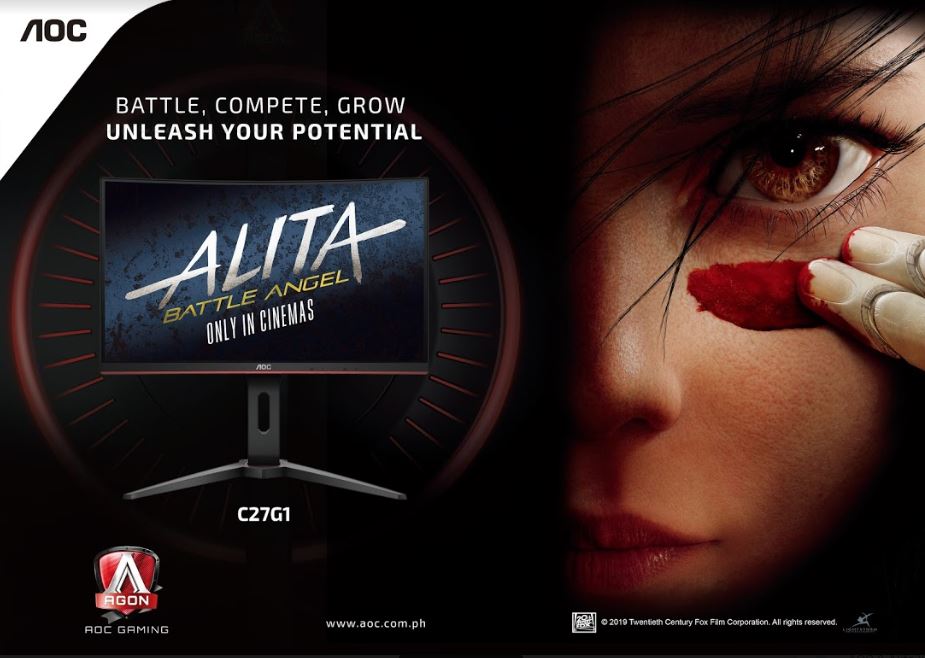 Early on in the month, AOC hosted a premiere for the movie in SM Megamall IMAX where they presented the recently launched G1 series and G2590PX gaming monitors to the media and guest VIPs. These bad boys are awesome gaming monitors that promise to deliver a heightened competitive combat visual experience for the esports enthusiast!

They’re not stopping there though! They are also celebrating the film’s success by offering you some sweet deals with their monitors! What deals, you ask? Check these out! 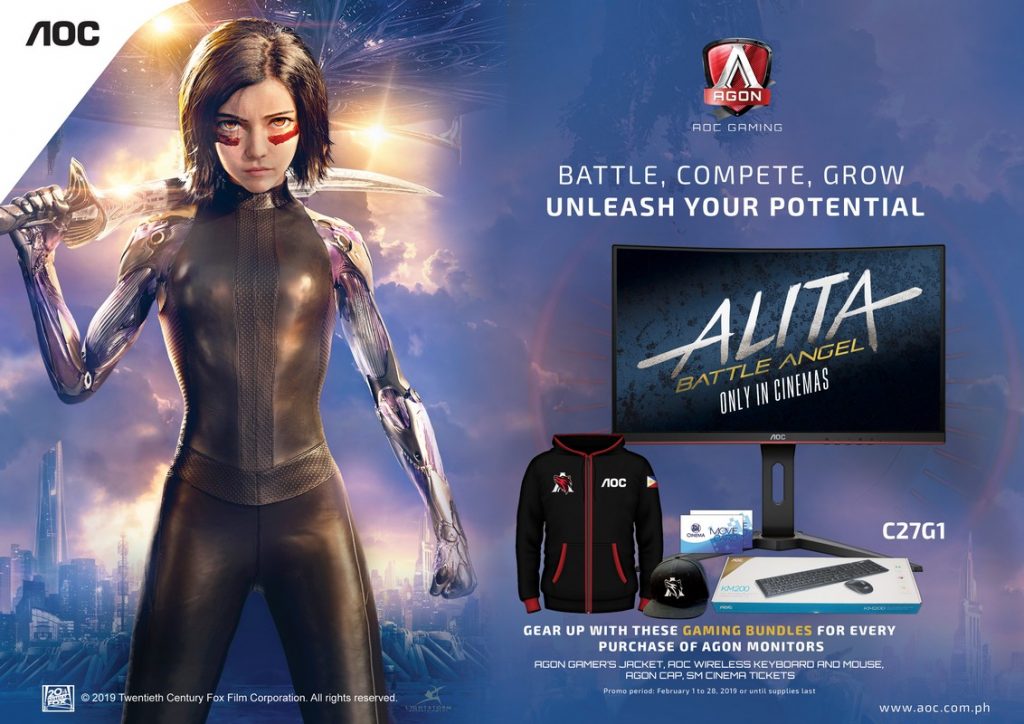 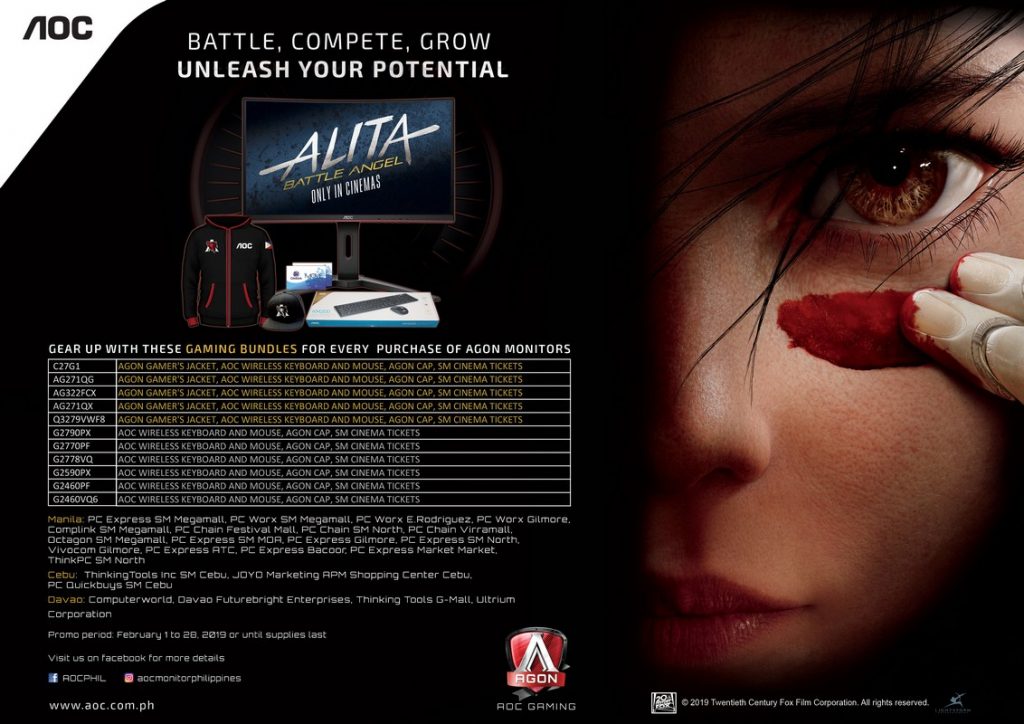 Like what you see? Promo runs til the end of the month so be sure to not miss out! You can also check their Facebook page for more!