Cells at Work! is getting a second season 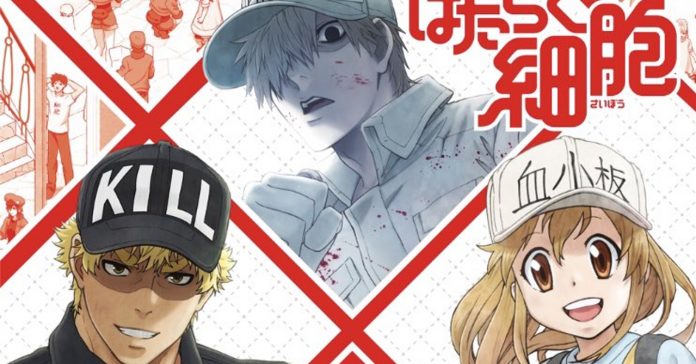 Can’t get enough of Platelet-chan and the rest of the anthropomorphic cells? Well here’s some good news for you. Last season’s hit anime series Cells at Work! is coming back for a second season. The announcement was made just recently at the AnimeJapan 2019 event.

S2 of Cells at Work! was revealed in a quick announcement video that you can watch here:

What’s surprising about the anime’s renewal is that it happened quite fast, especially when you consider that the first season only finished airing last December. Though the anime did prove to be quite a popular series online (especially with all the platelet memes that were all the rage).

In case you aren’t familiar with the series, Cells at Work! is an anime about what goes on inside the human body, but featuring anthropomorphic body cells. MyAnimeList describes the series as:

Inside the human body, roughly 37.2 trillion cells work energetically 24 hours a day and 365 days a year. Fresh out of training, the cheerful and somewhat airheaded Red Blood Cell AE3803 is ready to take on the ever-so-important task of transporting oxygen. As usual, White Blood Cell U-1146 is hard at work patrolling and eliminating foreign bacteria seeking to make the body their new lair. Elsewhere, little platelets are lining up for a new construction project.

Dealing with wounds and allergies, getting lost on the way to the lungs, and bickering with similar cell types, the daily lives of cells are always hectic as they work together to keep the body healthy!

Cells at Work! season 2’s release date is yet to be announced.

This anime isn’t the only series renewed for a new season though. Recently, it was announced that Re:Zero and OreGairu are also getting new seasons sometime soon.

- Advertisement -
Previous article
Seagate and Dahua team up for smarter and safer cities
Next article
Lazada is celebrating its birthday with awesome discounts for PayMaya users!