Huawei Mate X Hands-on: Is this the smartphone of the future?

We just got an exclusive look at the foldable Mate X, and it's a stunner! 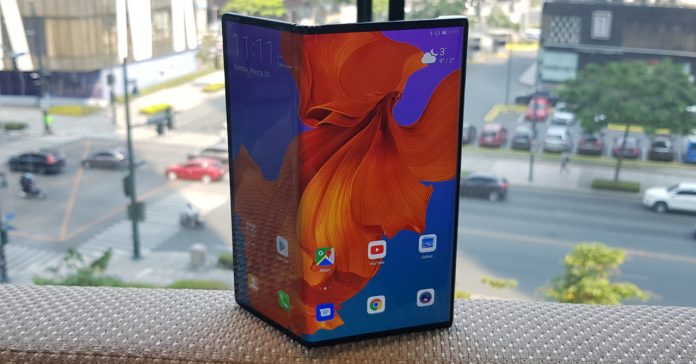 Last February during Mobile World Congress 2019, Huawei revealed its groundbreaking new smartphone — the foldable Mate X. While it’s not the first foldable smartphone (Samsung revealed the Galaxy Fold days before), it does have a much more striking appearance. Instead of folding in, the display folds outside, meaning it functions essentially like a phone with two displays, as well as being a tablet. Not to mention that it looks much better.

It looked great in pics, but it was even more striking in real life! Huawei recently brought actual units of the Mate X to the Philippines, and I got to try it out for myself! 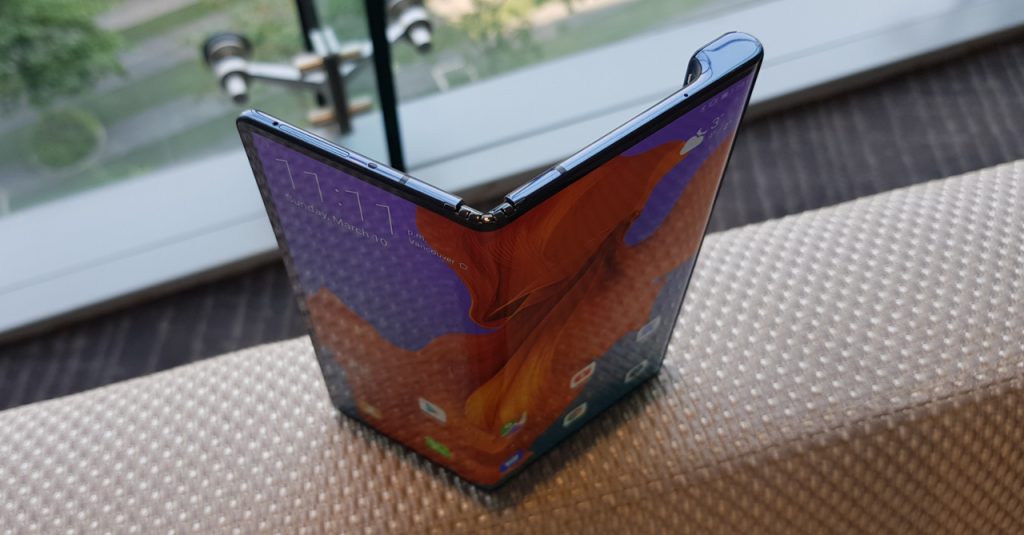 I’m not gonna lie, trying out the Mate X felt kinda trippy; I mean, it is the first foldable phone I’ve ever tried out. While it’s not the final production unit, the Mate X I got to play around with felt polished enough for daily use. 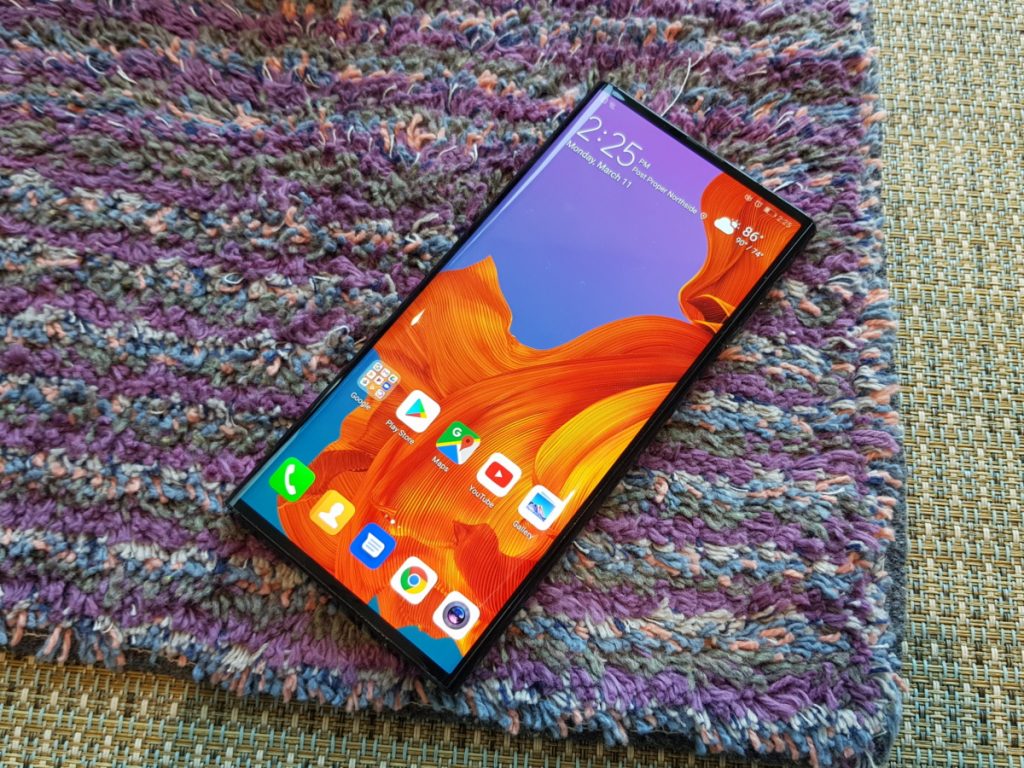 While the foldable aspect is the phone’s key feature, when in smartphone mode (i.e. when folded), the Mate X looks and feels like a great smartphone. In this configuration, the Mate X has a 6.6-inch display that’s satisfyingly symmetrical thanks to the lack of front camera. 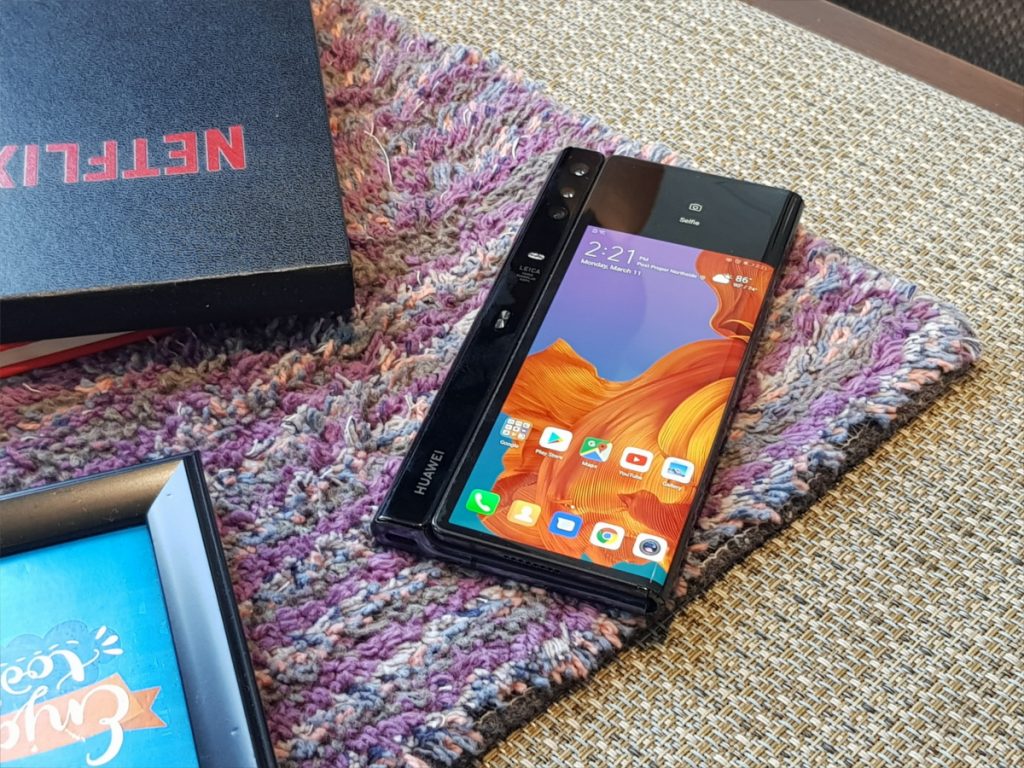 Because it lacks front shooters, its main camera setup also functions as a selfie shooter. This can be done because the Mate X essentially has a 6.38-inch display at the back when folded. As the phone’s triple-camera setup seems to have the same shooters as the Mate 20 Pro, selfies with the Mate X should be miles ahead of other flagships. 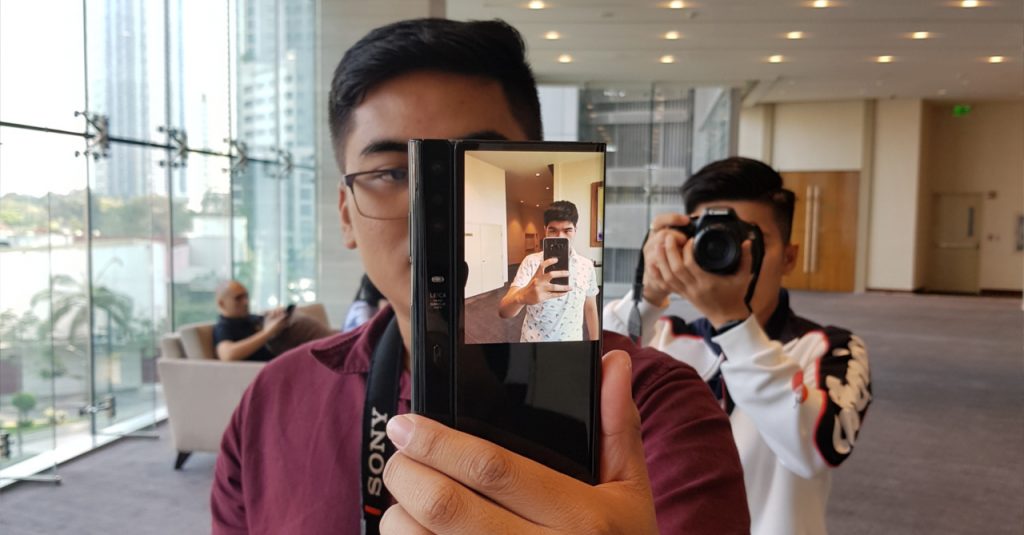 The rear display also shows a preview of an image in the camera’s standard shooting mode. Thanks to this, users can see themselves in photos so they could adjust accordingly. 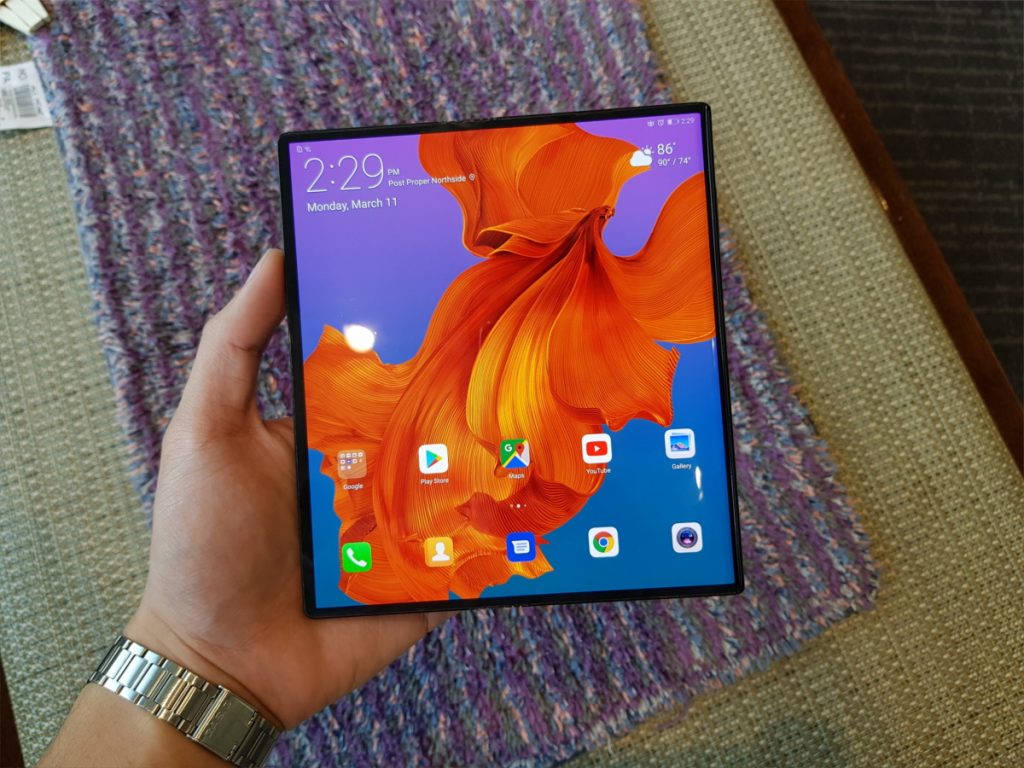 Now when unfolded, the Mate X transforms into a tablet with an 8-inch display (8:7.1 aspect ratio). This means the device beats out every other tablet out there when it comes to portability. Another good thing about the tablet mode is that switching from the smartphone mode is a breeze. Users won’t have to wait long for the UI to adjust to and from the Mate X’s display modes. 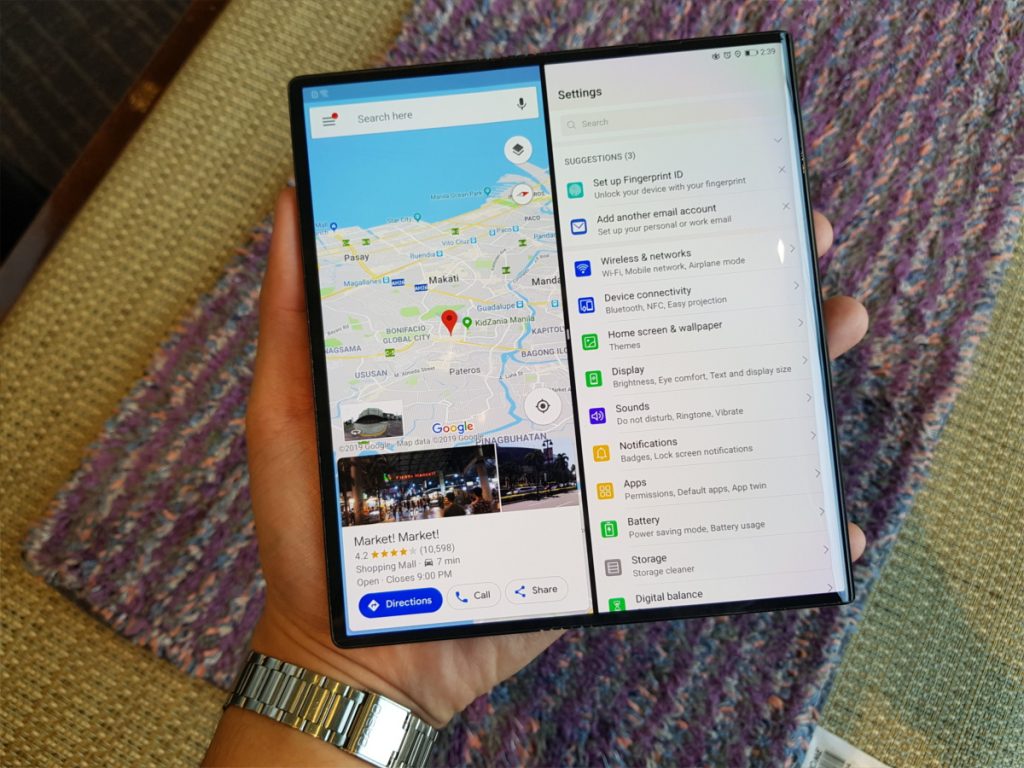 While the unusual aspect ratio means this won’t be the best tablet for media consumption, the Mate X does shine for productivity. With the extra screen real estate, users can multitask with ease. The Mate X also performs well in this mode thanks to the Kirin 980 processor under the hood.

Complementing the Kirin 980 is the Balong 5000 modem chipset that enables the Mate X to support 5G connectivity. If you’re not excited about 5G, you definitely should as at max speed on a 5G connection, it’ll be possible to download a 1 GB file in just 3 seconds!

One surprising thing about the Mate X’s tablet mode is that it actually works decently well for gaming. I expected the tablet mode to be a bit too big to play on, but it’s not as unwieldy as I thought. While I’d still prefer to play on the Mate X’s smartphone mode, it’s good that gamers who prefer large displays have another option.

Features and performance aside, the Mate X’s hardware is another pleasant surprise. From photos, the Mate X looks kinda flimsy. Thankfully, the whole device feels solid enough to withstand daily use. The folding hinge also felt durable, meaning the Mate X should have no problems with the constant folding and unfolding (we don’t have any info on the number of folds it can take though). 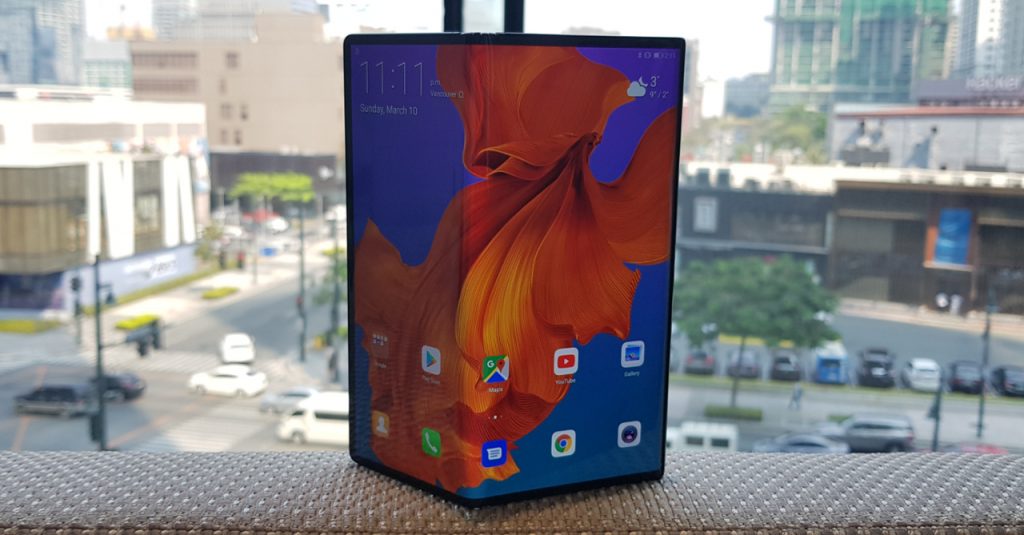 Overall, the Huawei Mate X is an impressive device thanks to its foldable display and 5G support. Personally, I can’t wait to see more implementations of foldable display technology in future phones. As it stands right now though, the Mate X is still a niche and very expensive smartphone that I’d recommend only for the most deep-pocketed tech enthusiasts. But still, kudos to Huawei for serving up some innovation!