Huawei P30 First Impressions | An impressive shooter even without a periscope

Best part is, the headphone jack is back! 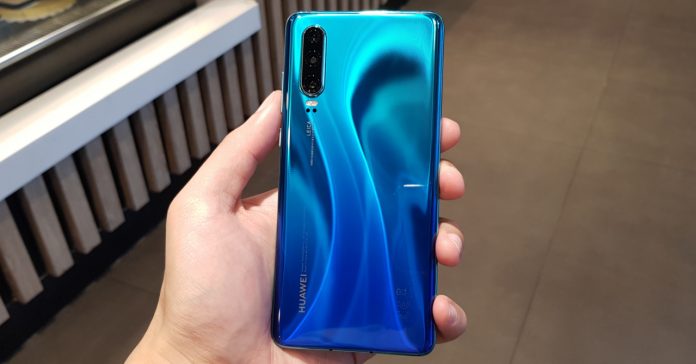 As one of the pioneers of dual and triple camera smartphones, it’s always exciting to see the latest iteration of Huawei’s flagship P-series. The reveal of the P30 line did not disappoint thanks to the impressive quad-camera setup of the P30 Pro which even includes a periscope zoom lens.

While it was the P30 Pro that stole the show during last week’s reveal, the base P30 shouldn’t be overlooked. It may lack the periscope zoom lens, but it does still have an impressive triple-camera setup, as well as the same powerful Kirin 980 processor. 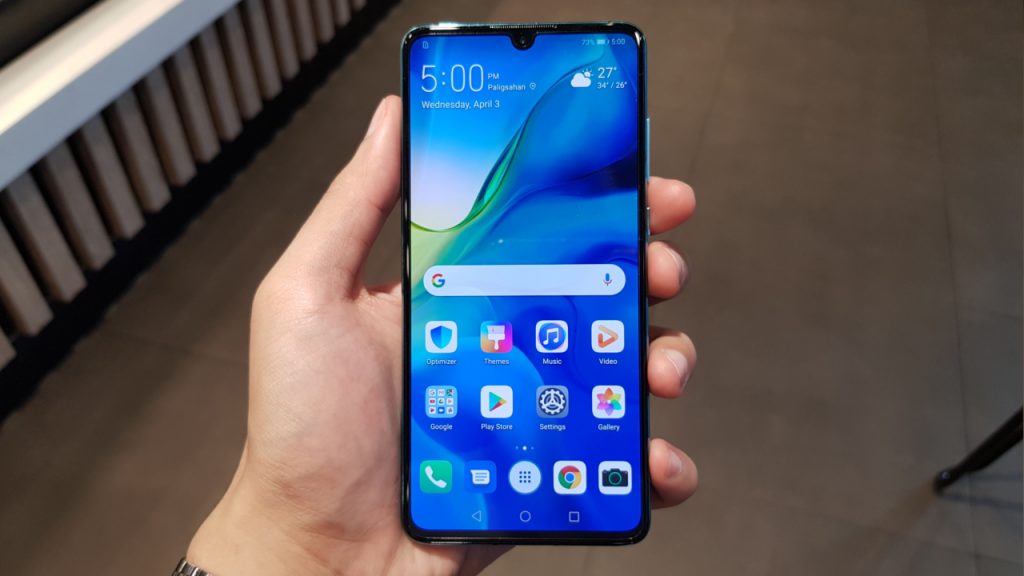 The biggest difference between the Pro and the base P30 is display size. The Pro packs a 6.4-inch curved screen while the P30 has a 6.1-inch FHD+ display with flat edges. Even if it may not look as good on paper, the P30’s display is impressive, especially considering that it’s an OLED panel compared to the LCD panel of last year’s base P20. 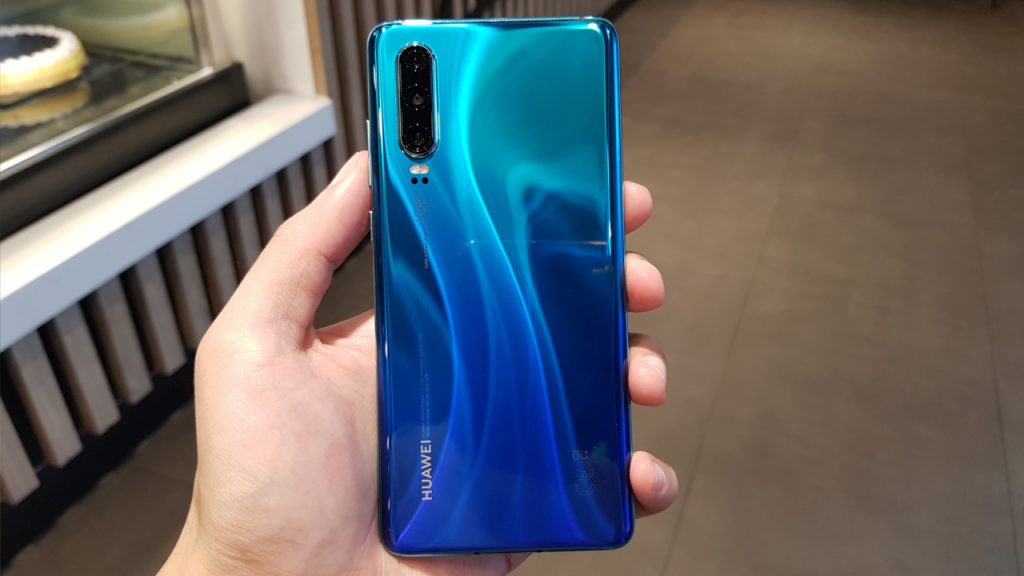 From the back, the P30 is a beauty, especially in the gradient Aurora colorway. This comes as no surprise really, Huawei started the gradient smartphone trend after all.

The P30 isn’t just great to look at, it’s also a dream to use in-hand. Thanks to its smaller size, the P30 feels like it’s the perfect size for a smartphone (at least for me). 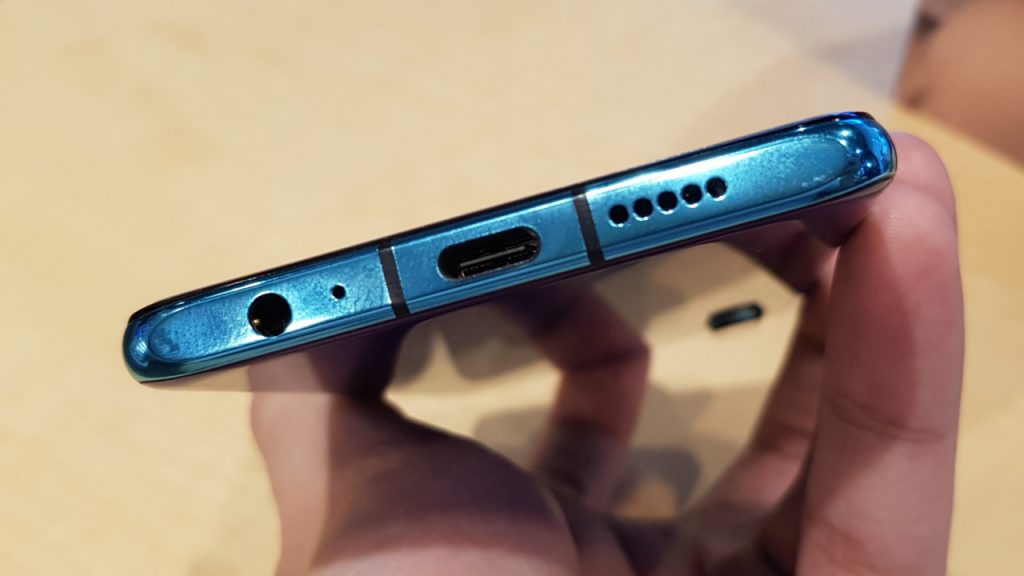 Another good thing about the P30 is that it has a 3.5mm headphone jack, a feature that was removed in last year’s P20. As someone who still uses wired headphones, I definitely welcome the return of the headphone jack. It does come at a cost though — the P30 only has an IP53 rating, meaning it’s not as waterproof as the Pro.

Moving on to the cameras, the P30 has a 40 MP + 16 MP ultrawide + 8 MP telephoto setup made in cooperation with Leica. The selfie shooter meanwhile clocks in at 32 MP.

With this camera setup, the P30 is a step-up from last year’s P20. Not only can the P30 shoot ultrawide-angle shots, it can take awesome zoomed-in photos!

Right after getting my hands on a P30, I just had to test out it’s zoom capabilities; it did not disappoint! While it may not have the Pro’s 5x optical zoom lens, the P30’s 3x optical zoom is enough to produce amazing shots. In my initial time with the phone, I found that shots taken in 10x zoom still turn out well, that is if you keep your hands really steady and shoot outdoors. 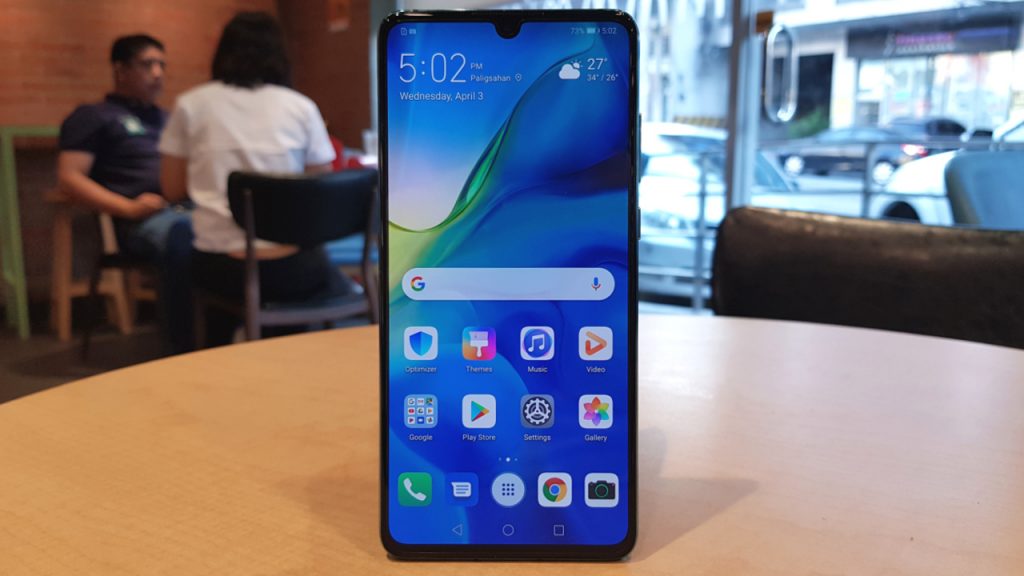 While I still need more time with the phone before I can recommend it, my initial impressions of the P30 is highly positive. The display and rear camera setup are impressive, especially compared to the previous P20 model. I’m definitely looking forward to trying out the P30’s cameras even more, plus do a bit of gaming on it as well.

Already interested in the P30? The phone is available for pre-order now until April 12 for PHP 36,990. To sweeten the deal, pre-orders of the phone will also include a free Huawei Watch GT that’s worth PHP 12,990!

- Advertisement -
Previous article
Realme 3 sells out in just 18 minutes at the Shopee 4.4 sale!
Next article
Lenovo Legion serves up some hot League of Legends action at GameCon 2019