Death Stranding Pre-order information may have been leaked 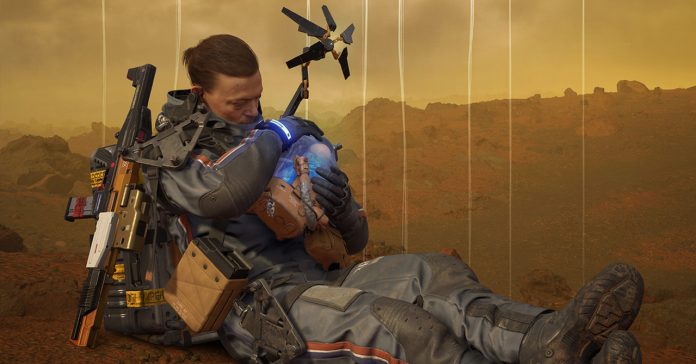 After much anticipation, we finally have more info on Death Stranding! Well, at least if these leaks are true. Just a few hours ago, a user on reddit shared an image on the Death Stranding subreddit which shows pre-order information for Death Stranding which seems to have been released ahead of schedule on the PlayStation Store. 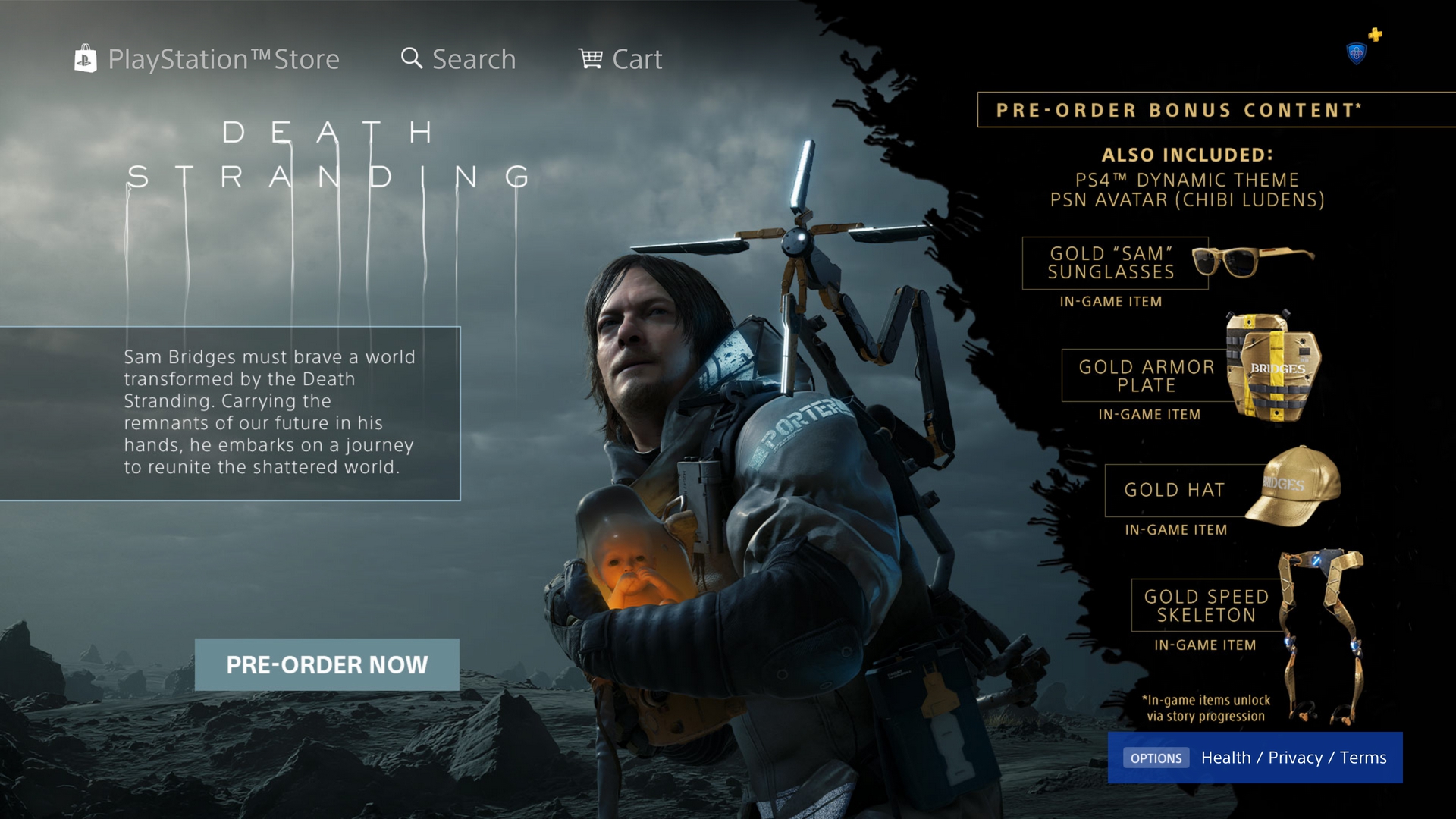 The leak doesn’t state pricing and availability, but it does list down bonus content for pre-orders. The bonus goodies include a Chibi Ludens PSN avatar, a PS4 theme, and gold in-game items. Alongside the content, the pre-order splash page also has a short synopsis of Death Stranding which reads:

“Sam Bridges must brave a world transformed by the Death Stranding. Carrying the remnants of our future in his hands, he embarks on a journey to reunite the shattered world.”

While this still doesn’t reveal much about what the game is about, we at least know now that the game will be an epic journey across a ravaged land affected by the “Death Stranding.” As fans of Kojima’s work, we can’t wait to find out more about the game!

#DEATHSTRANDING の新情報公開まであと1日！全世界で同時公開の5月30日（日本時間）です！楽しみにお待ちください！
Count down for #DEATHSTRANDING is on. Stay tuned -5/29 in US/EU, 5/30 in JPN time zone. Simultaneous reveal worldwide🌎
TOMORROW IS IN YOUR HAND！https://t.co/Og5Zy6trbp pic.twitter.com/xCkc2CkJNG

PlayStation is yet to reveal official information regarding Death Stranding’s pre-order, but we won’t have to wait too long for confirmation. Hideo Kojima himself announced on Twitter that more info on Death Stranding will be released tomorrow, May 30 (PHT). Here’s hoping that there will be a new trailer that actually shows gameplay, as well as a release date announcement.

Can’t wait for Death Stranding? Check out PlayStation’s creepy Twitch livestream that’s happening now, which seems to be a build up to a new teaser trailer reveal.

- Advertisement -
Previous article
Here is the list of PH cinemas that are showing Code Geass: Lelouch of the Re;surrection
Next article
New trailer for Makoto Shinkai’s ‘Weathering With You’ just got released